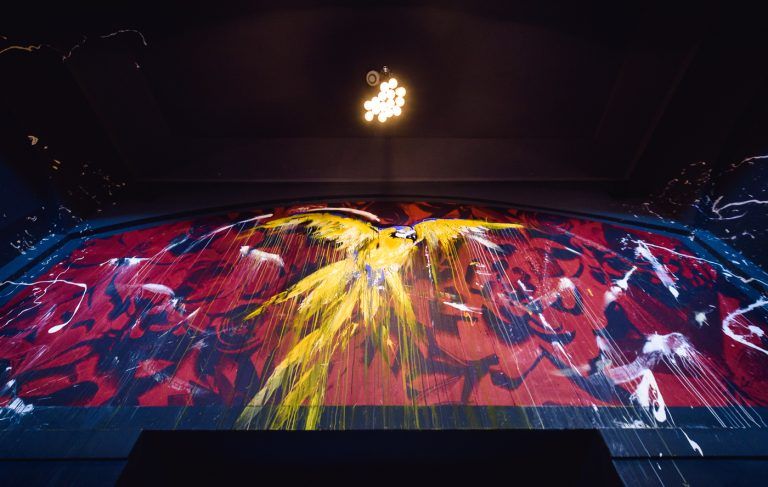 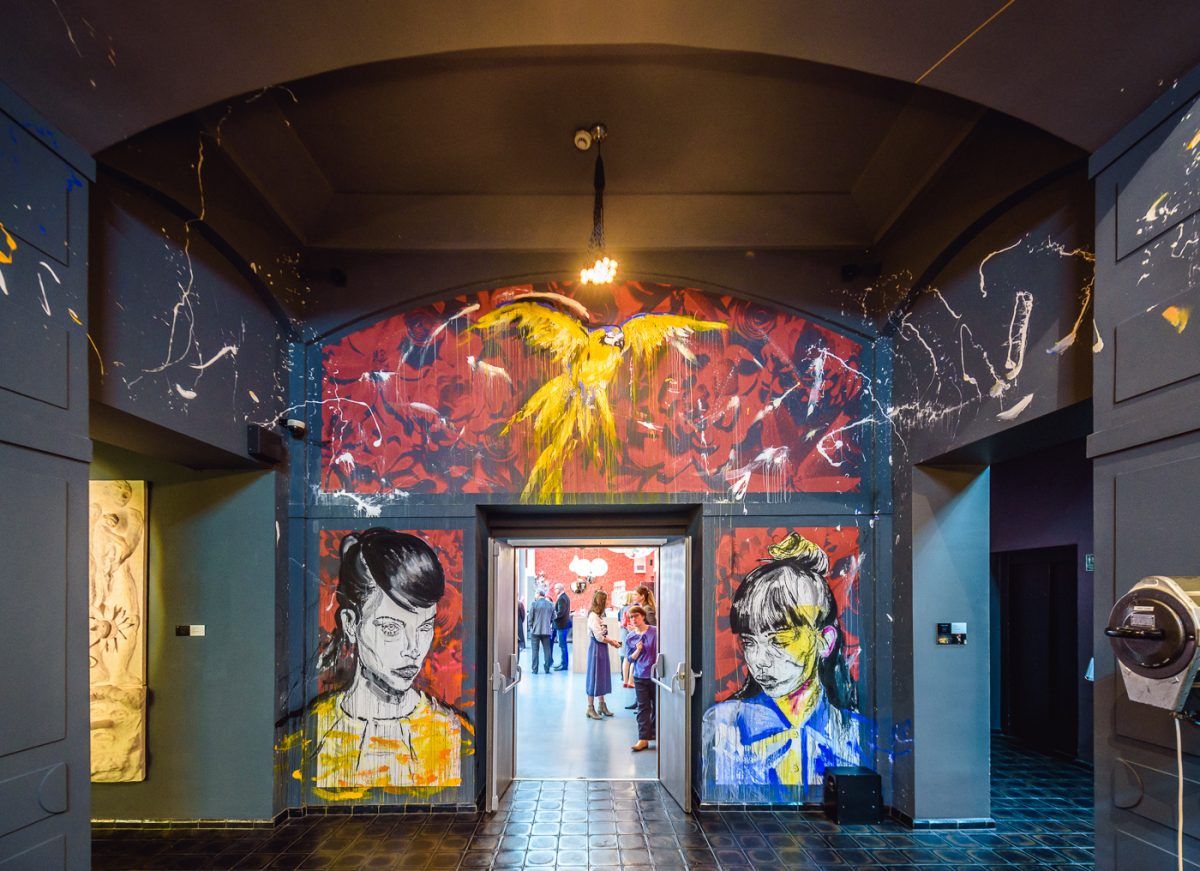 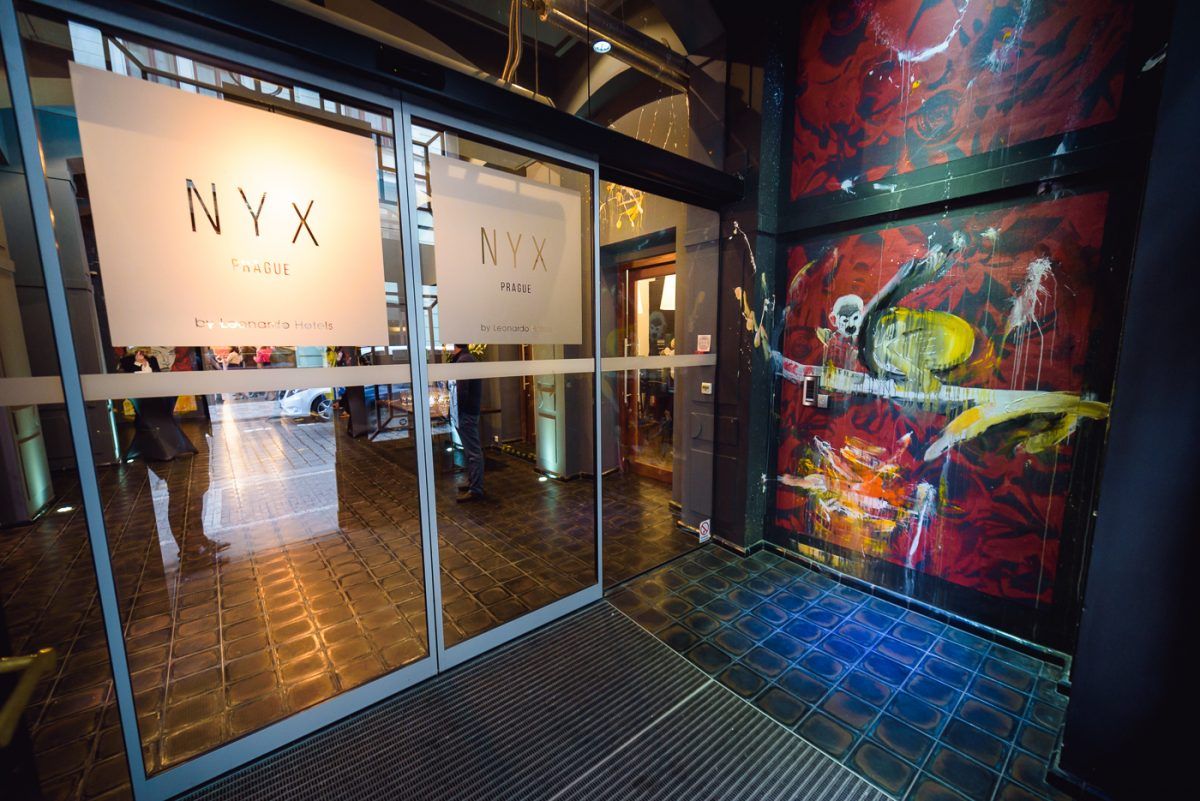 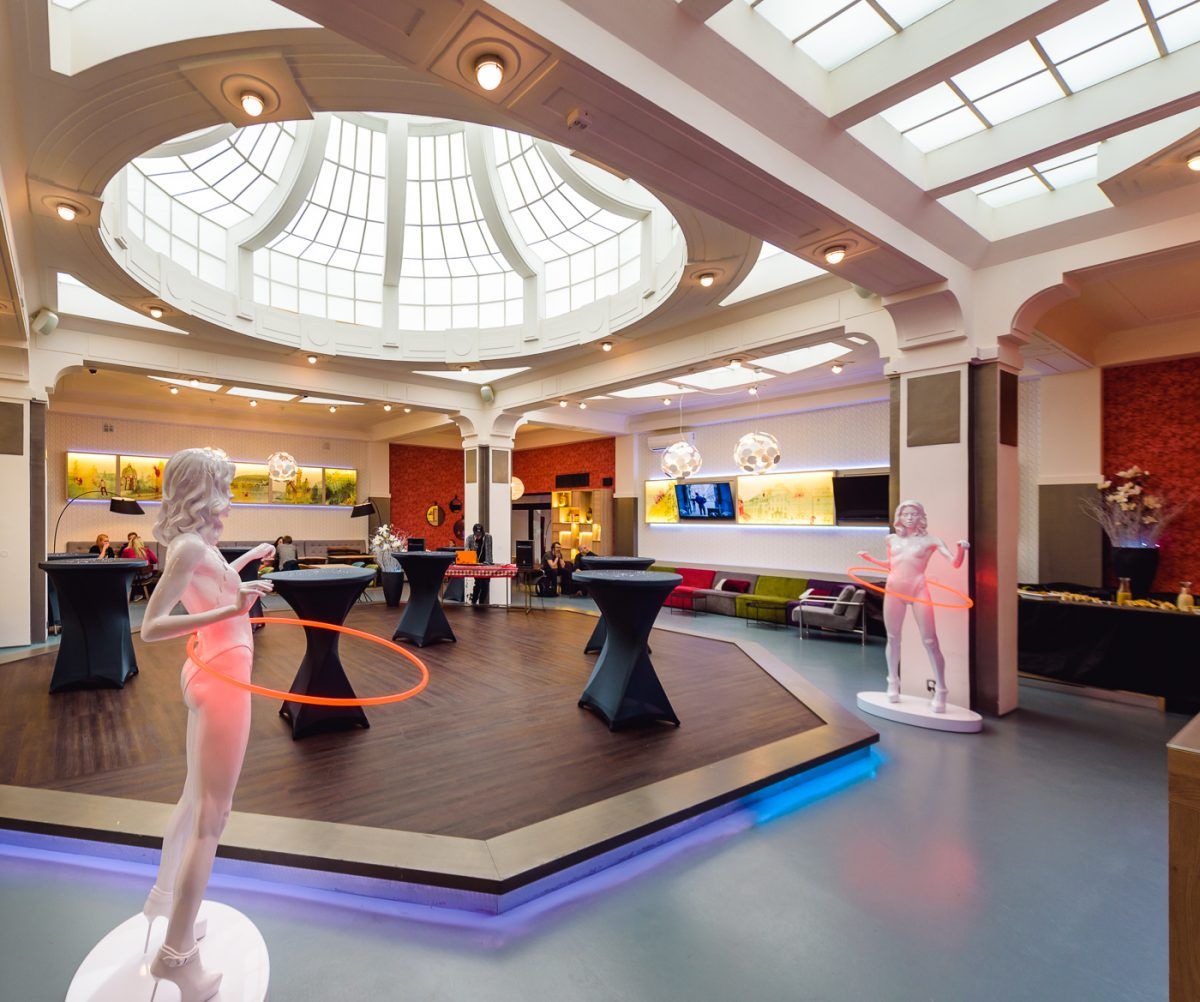 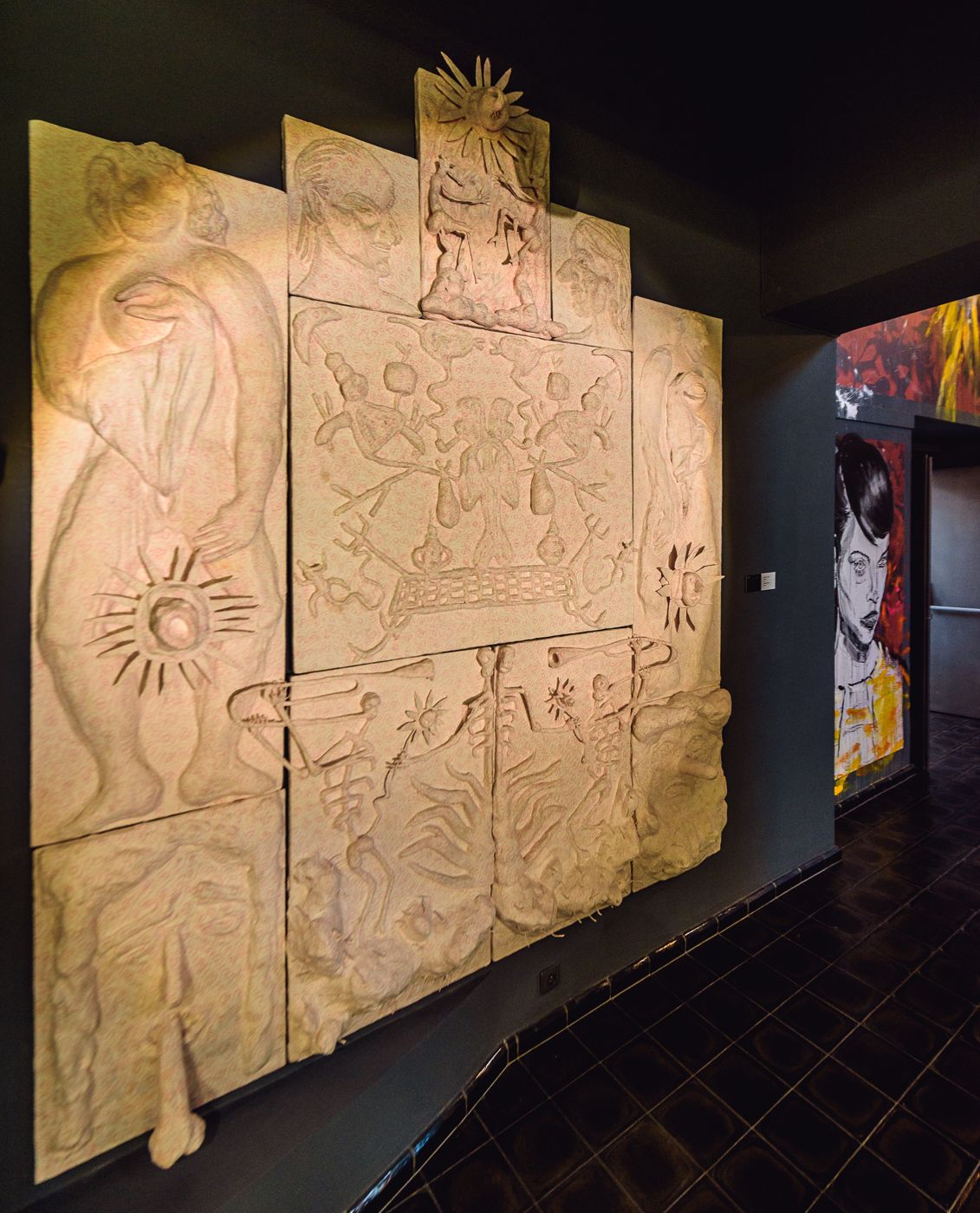 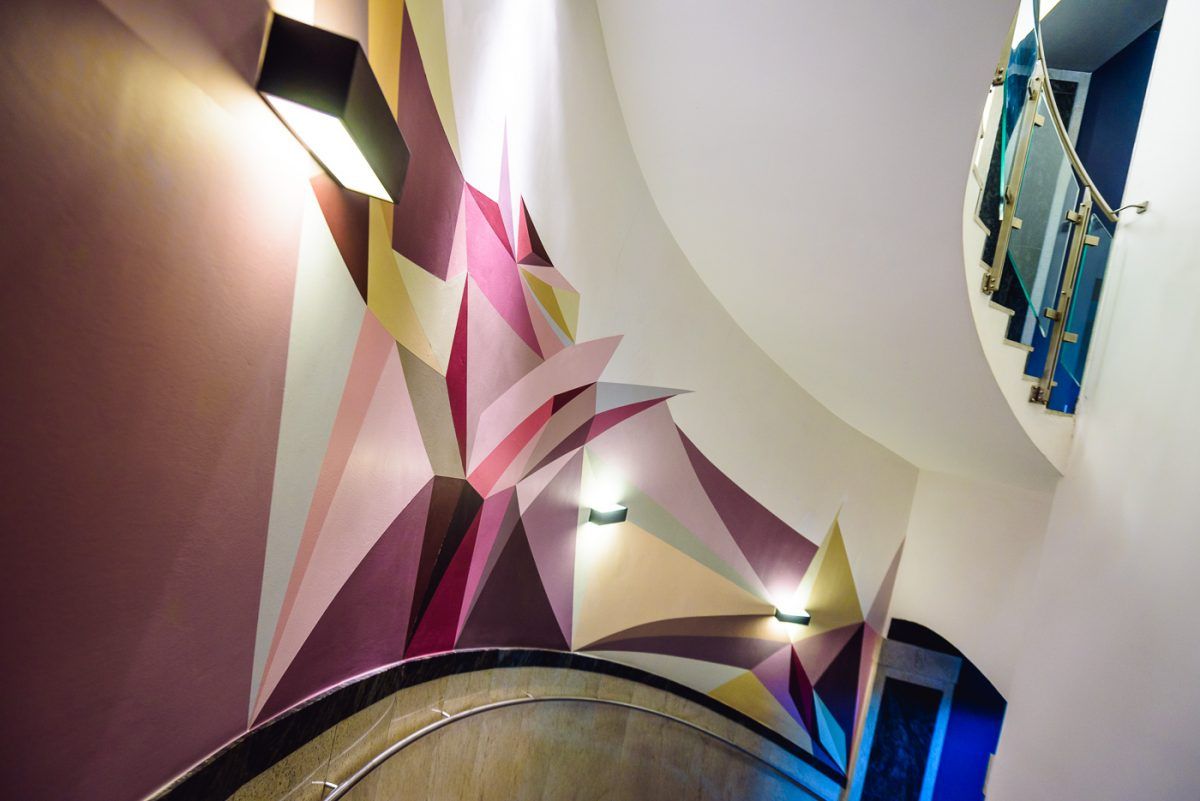 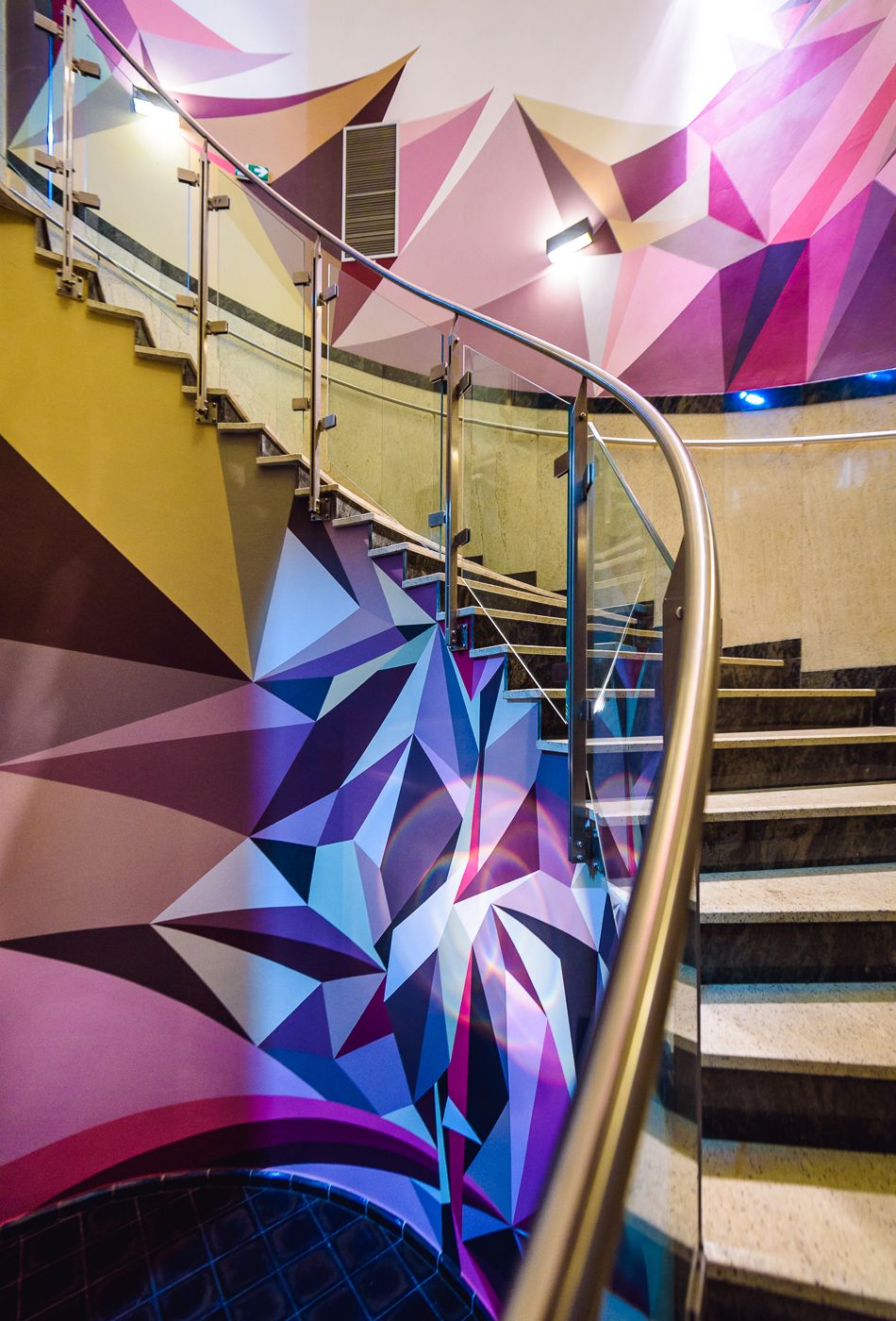 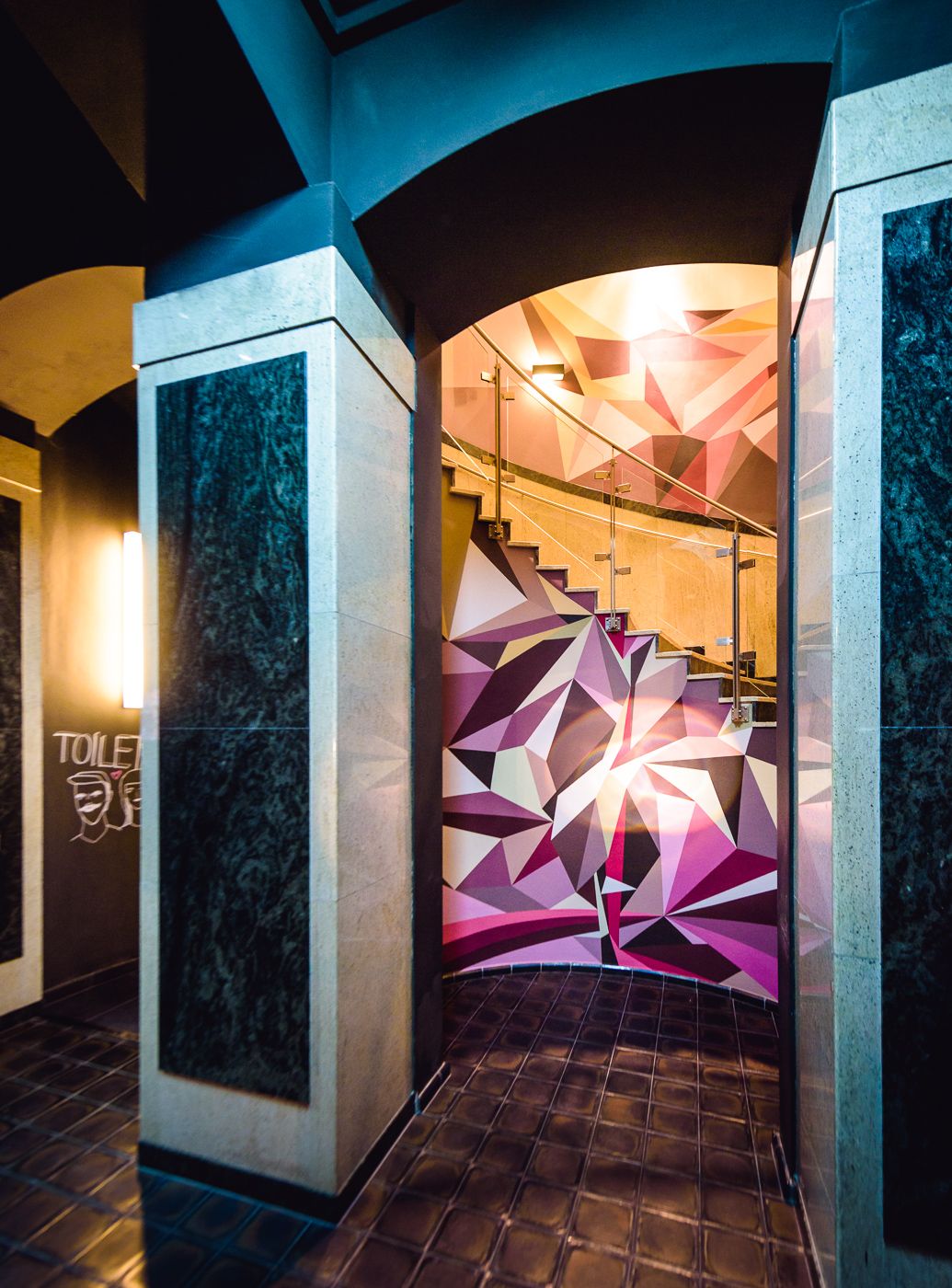 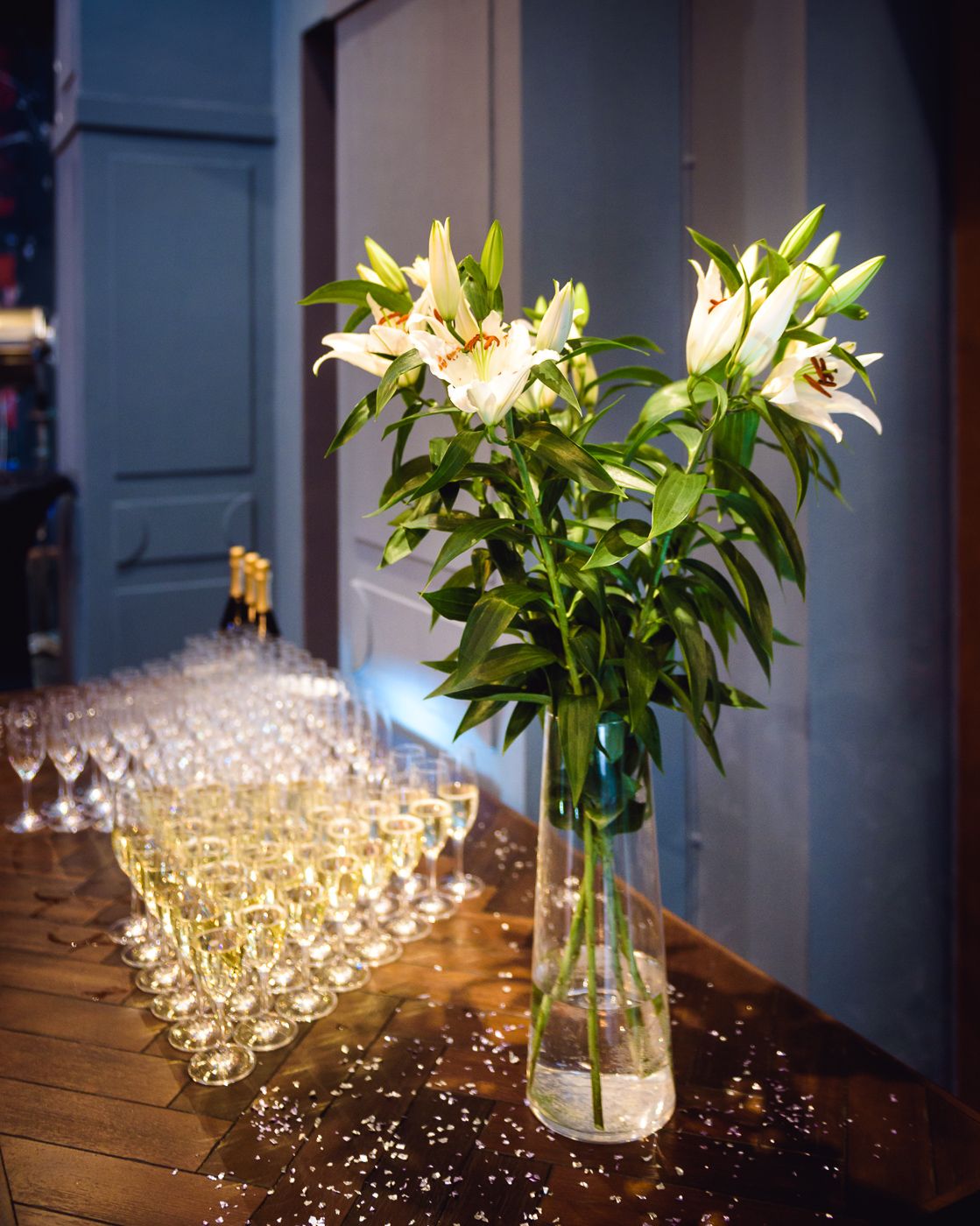 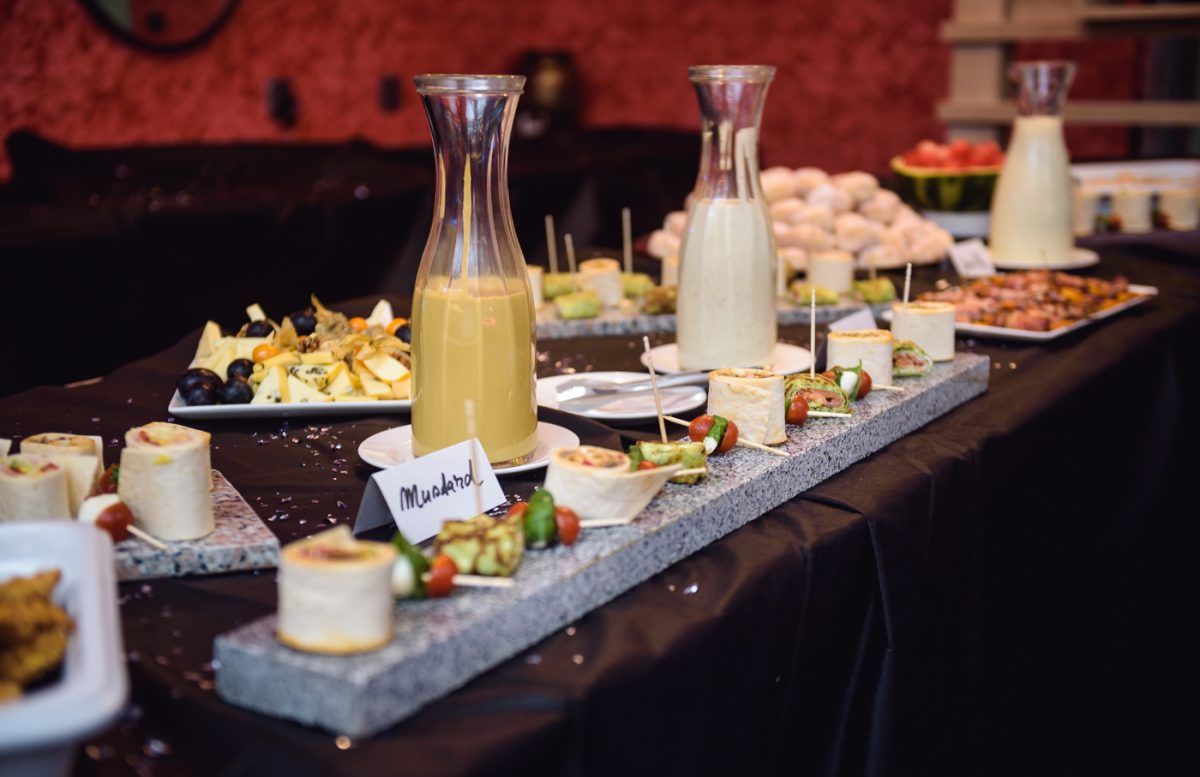 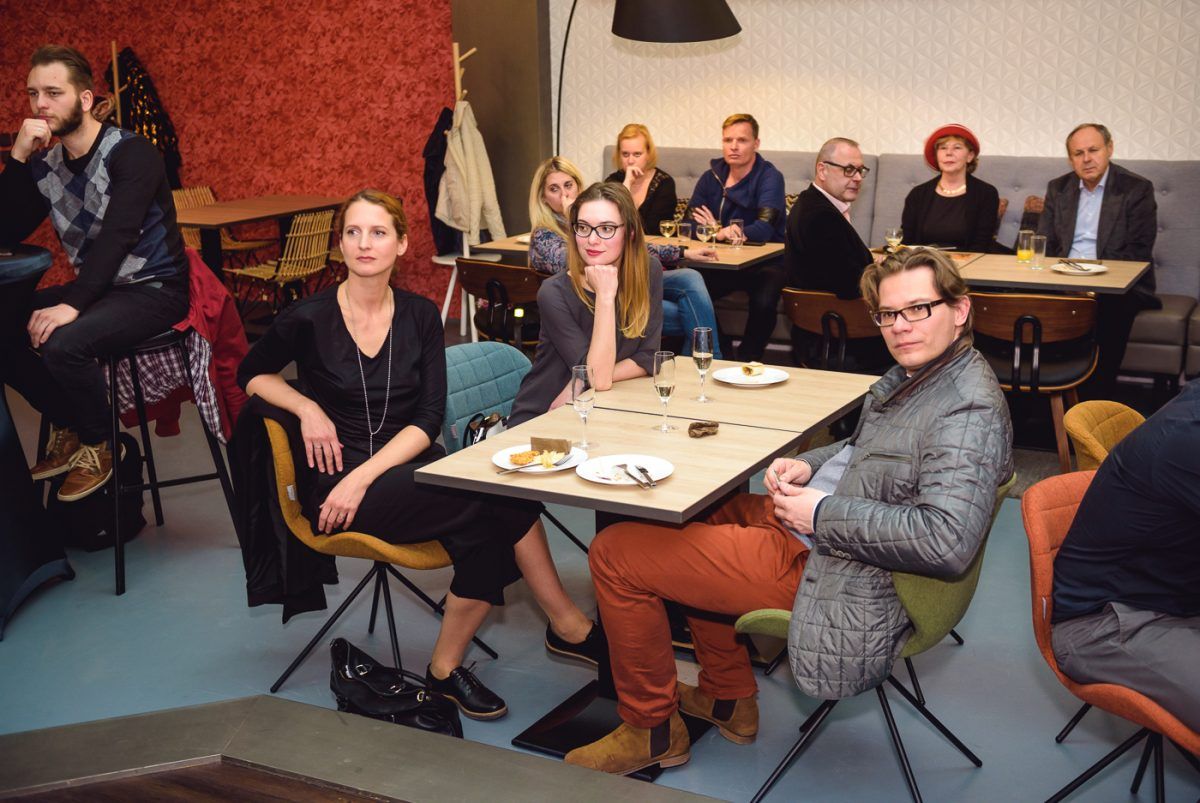 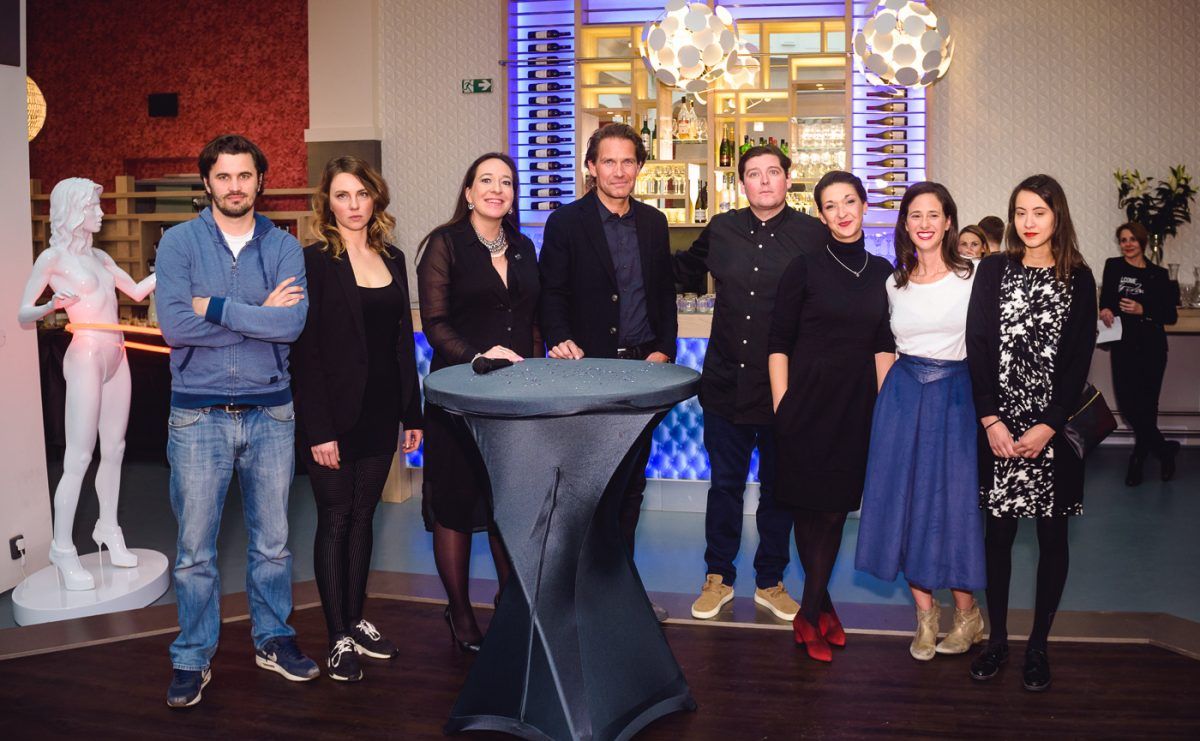 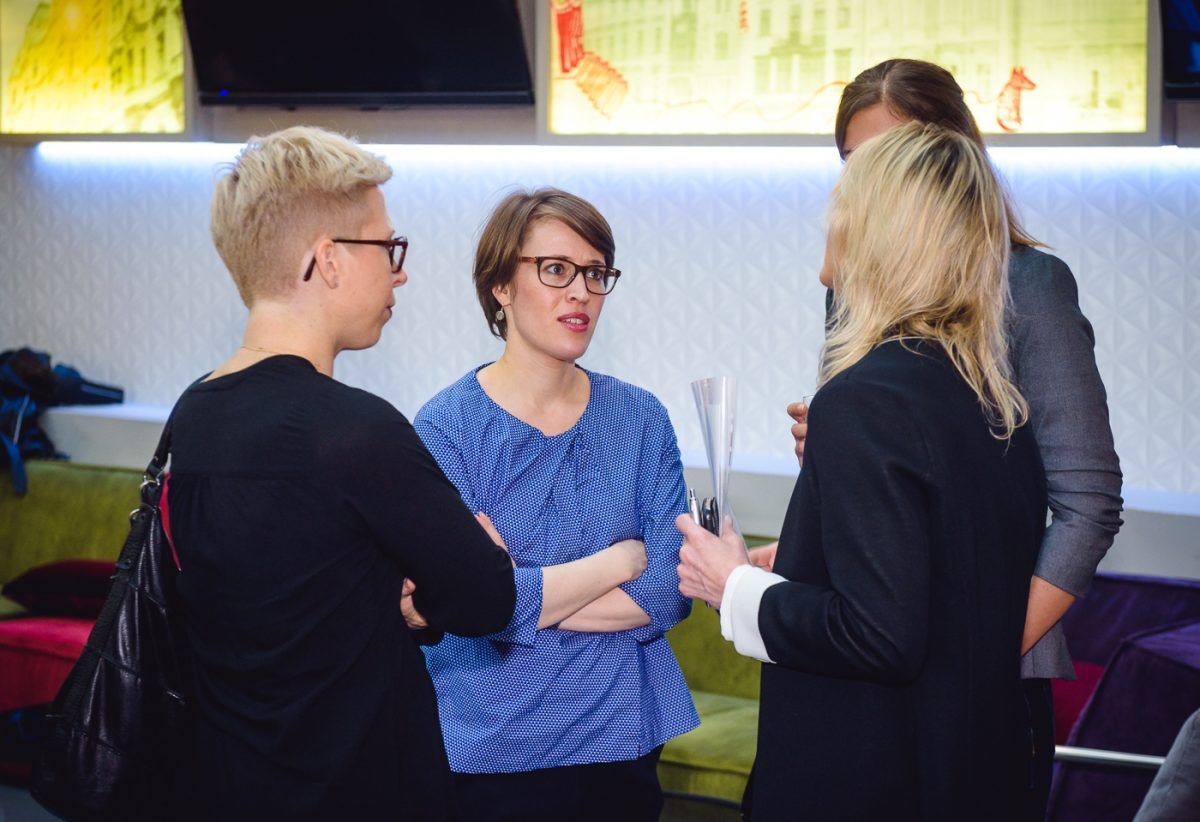 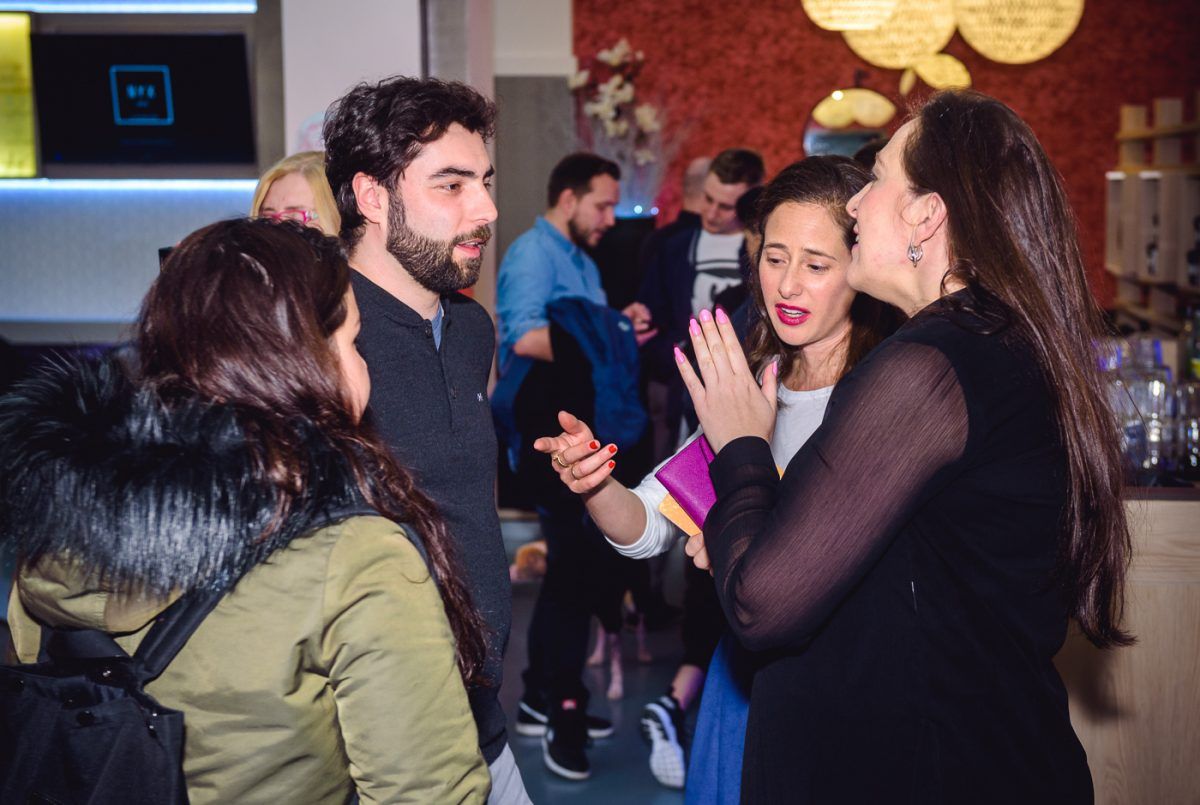 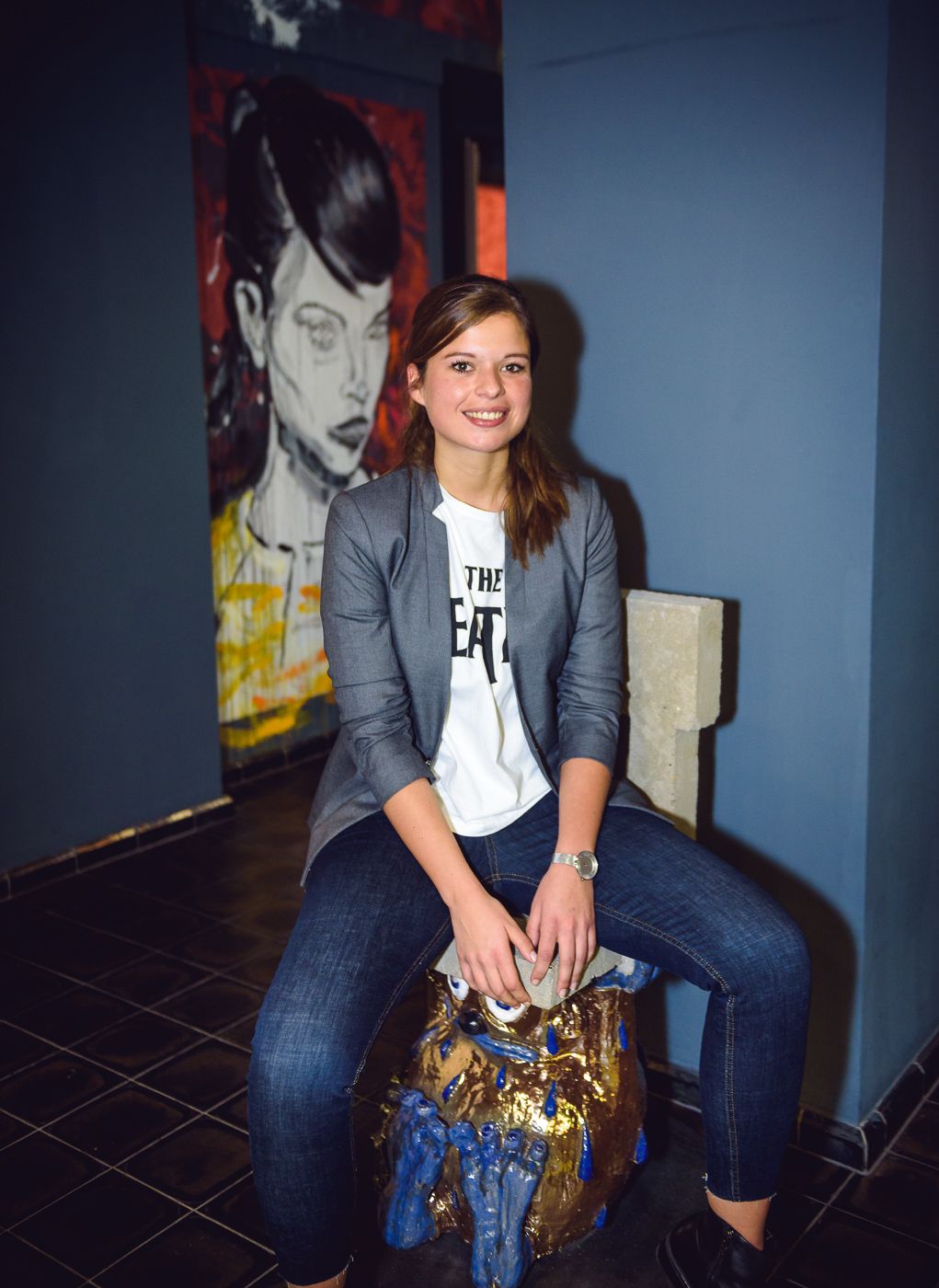 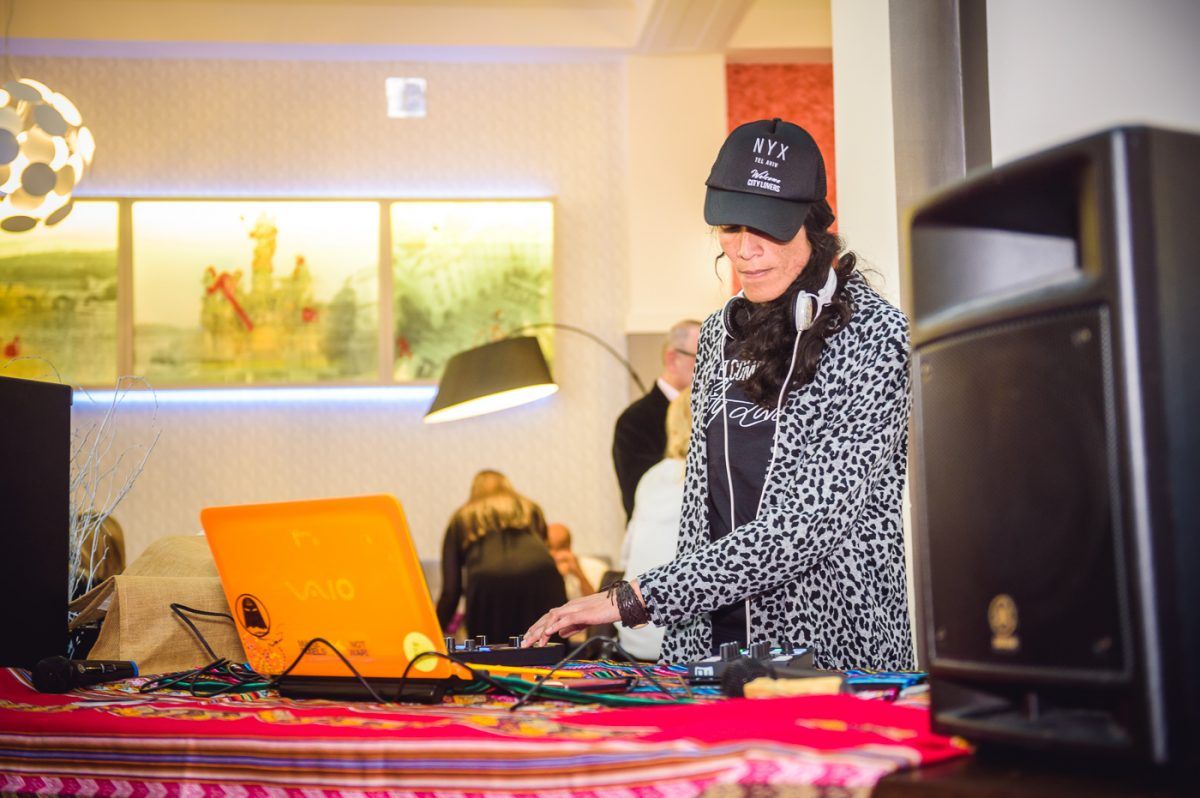 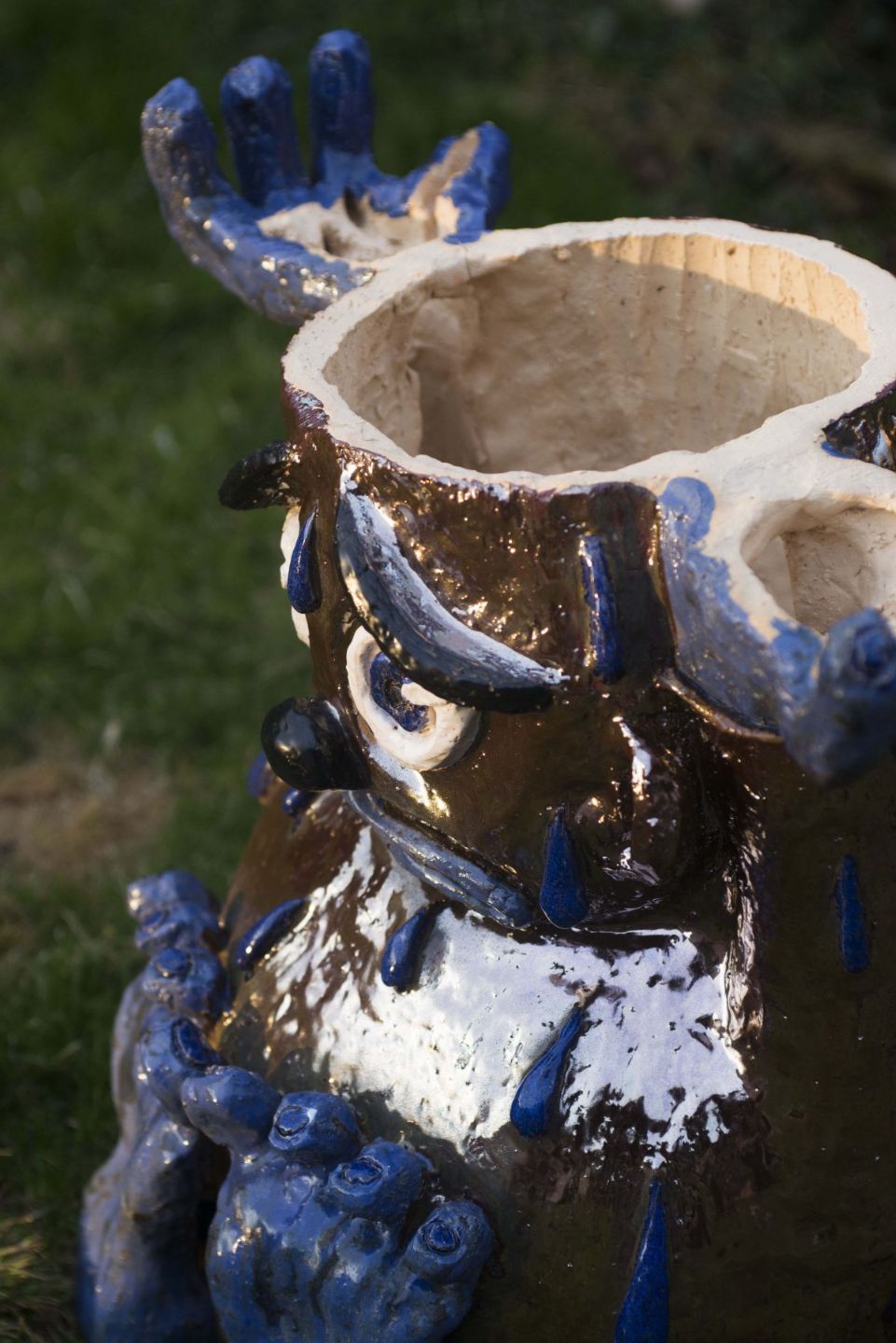 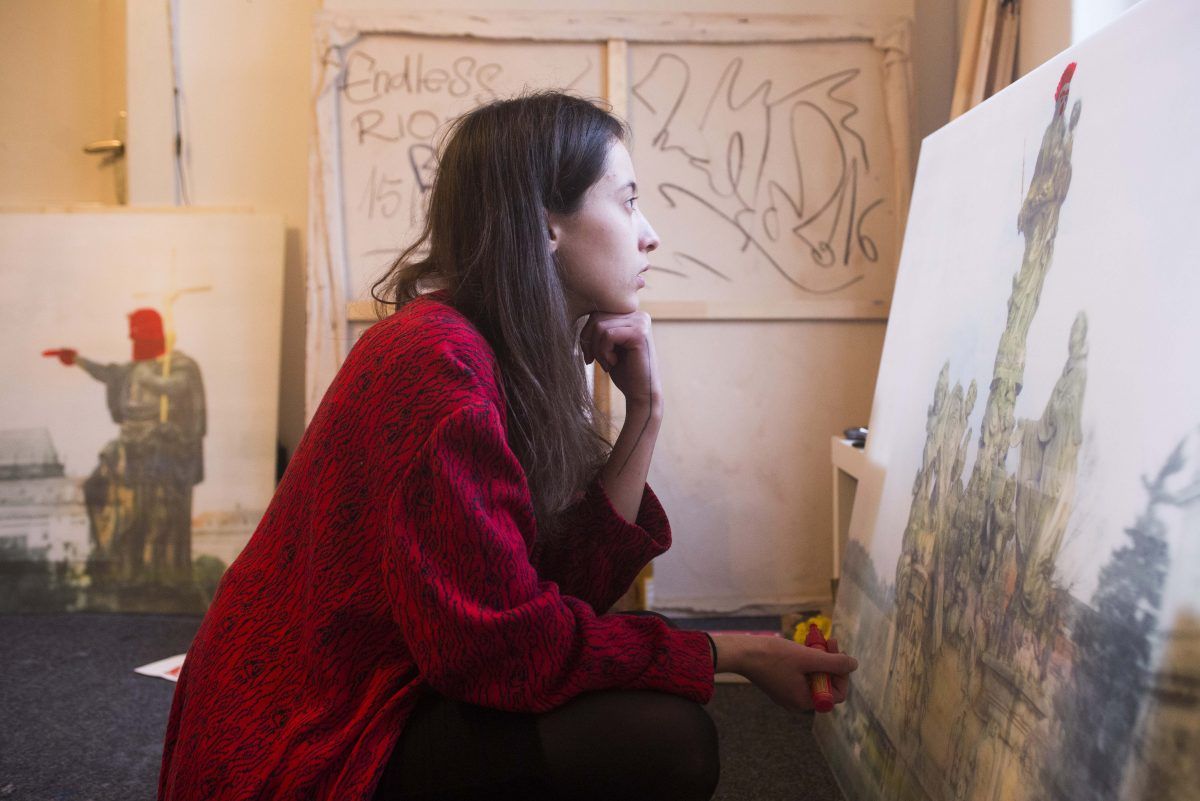 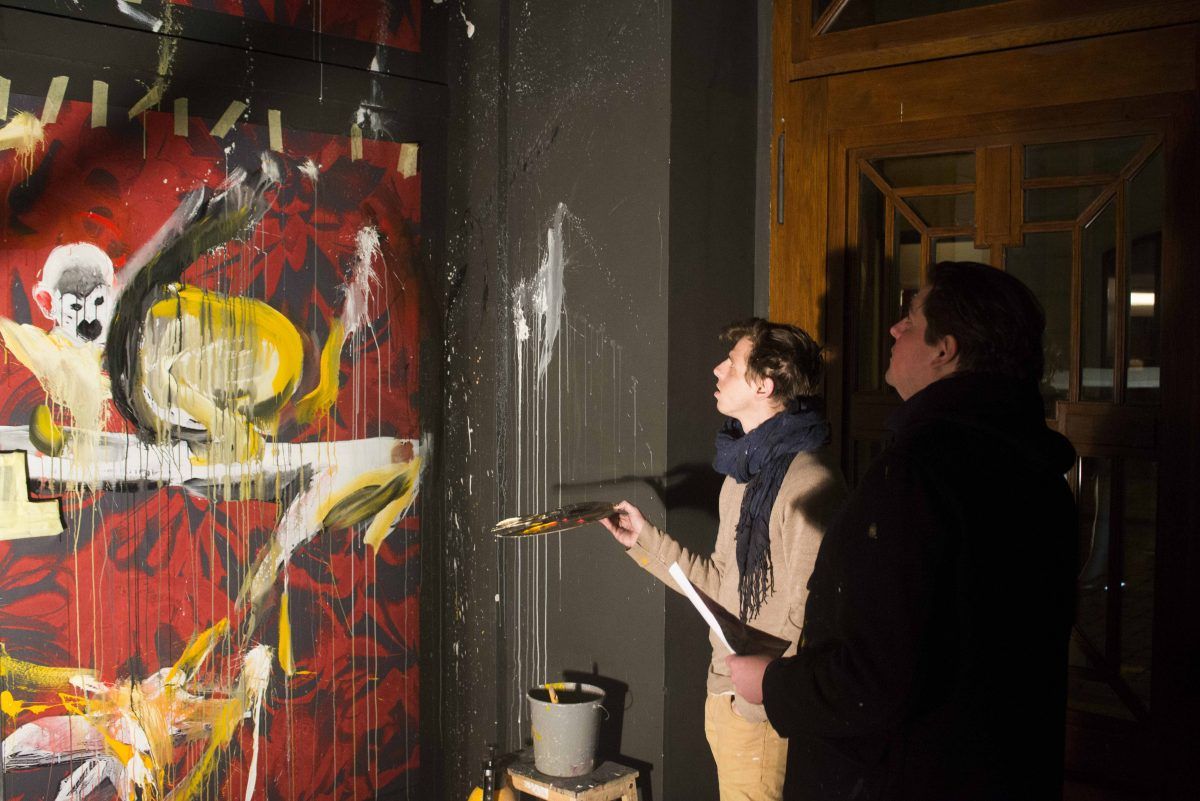 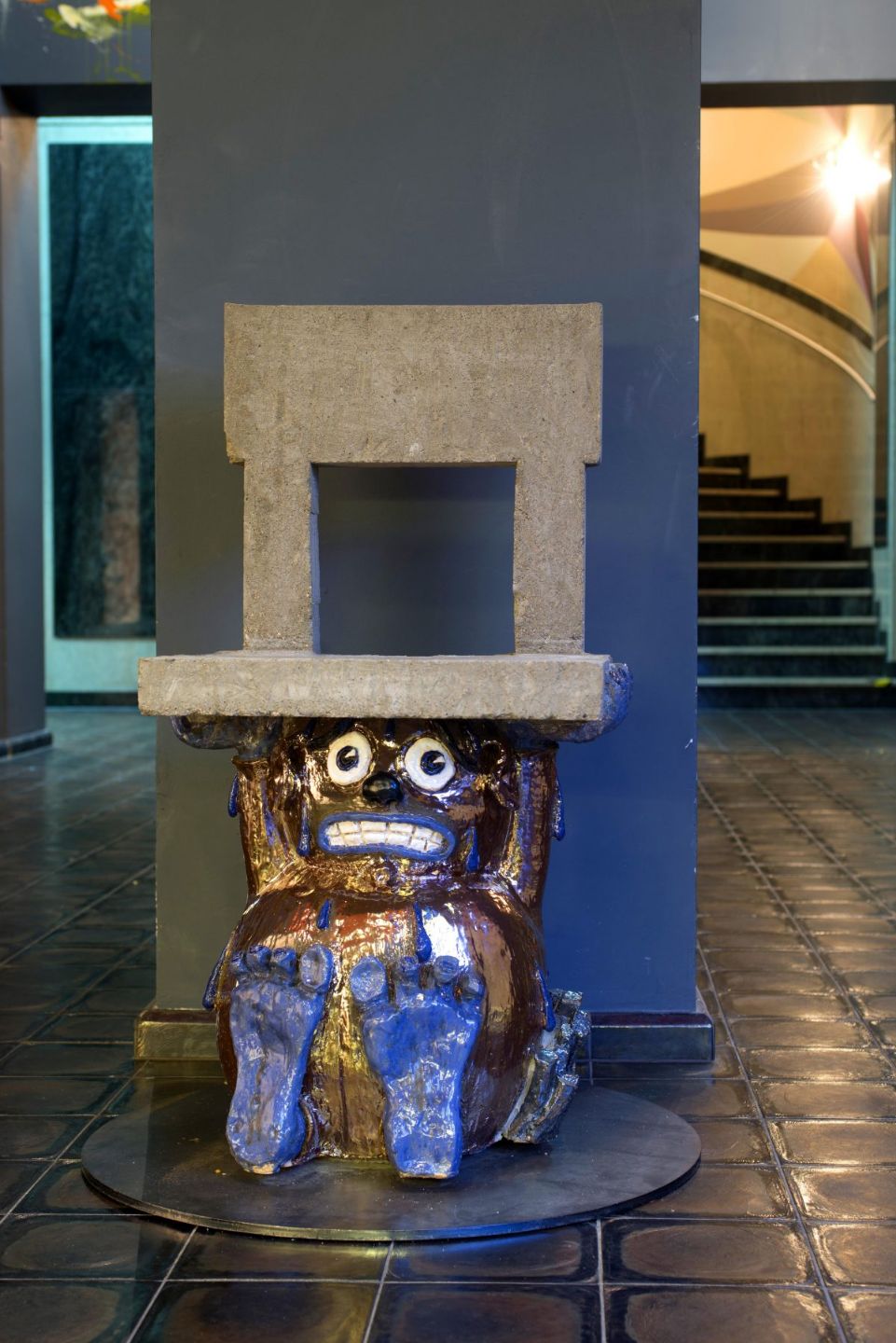 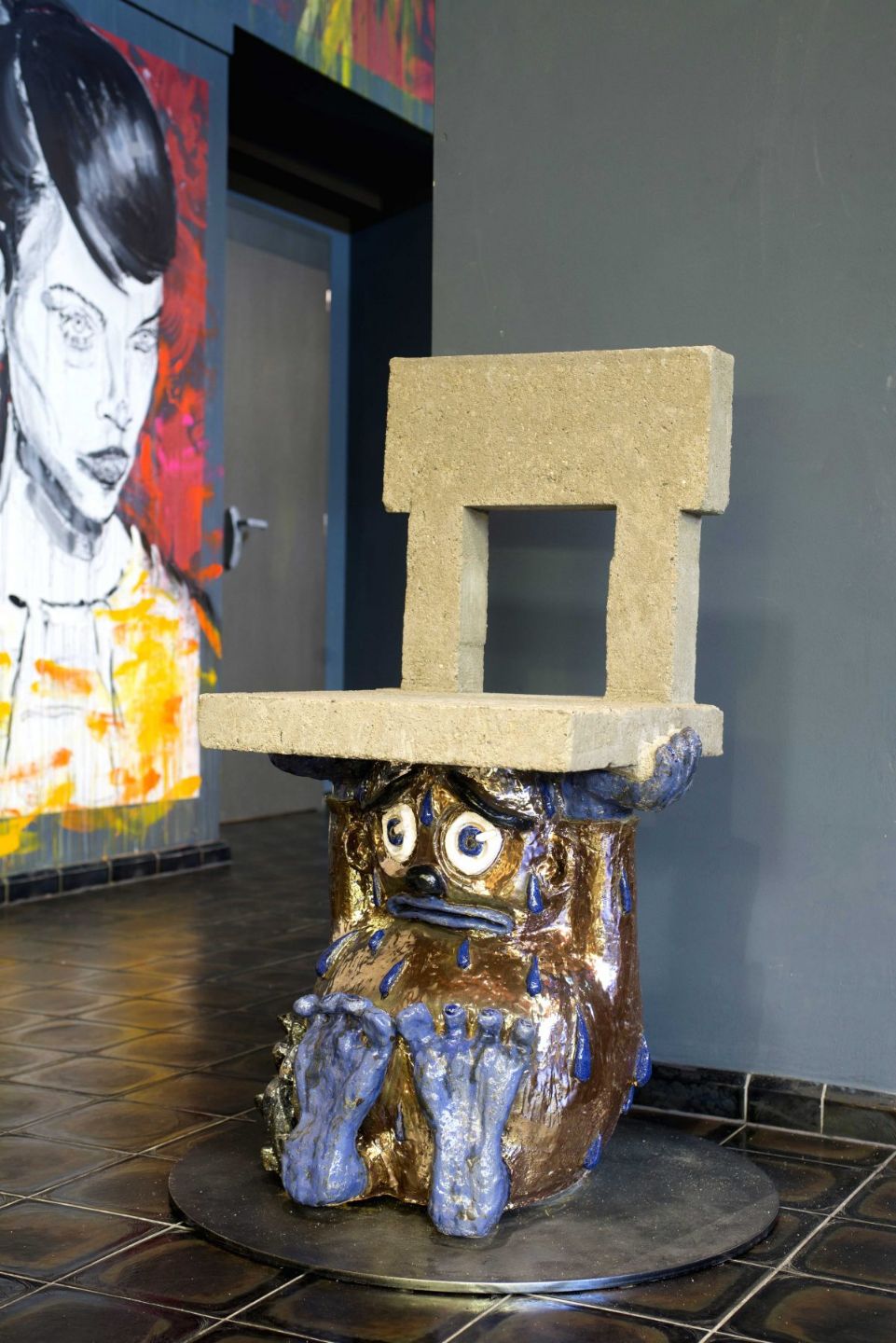 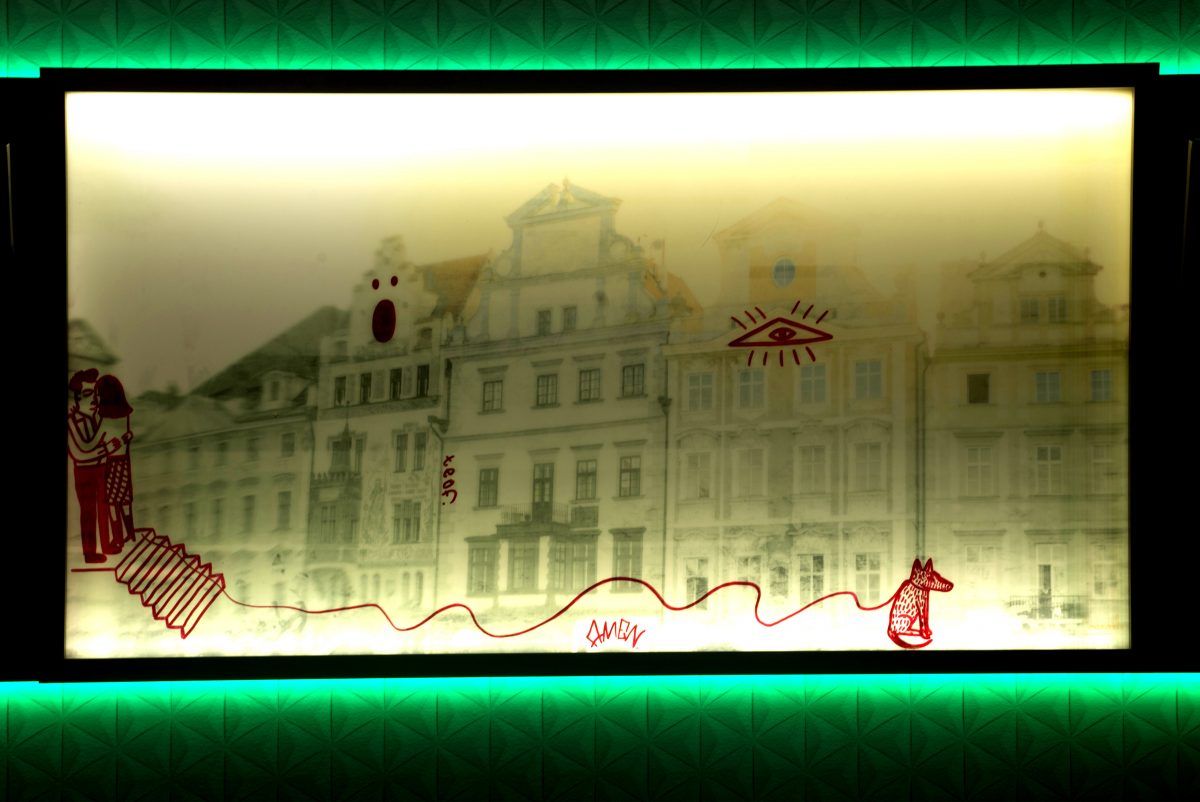 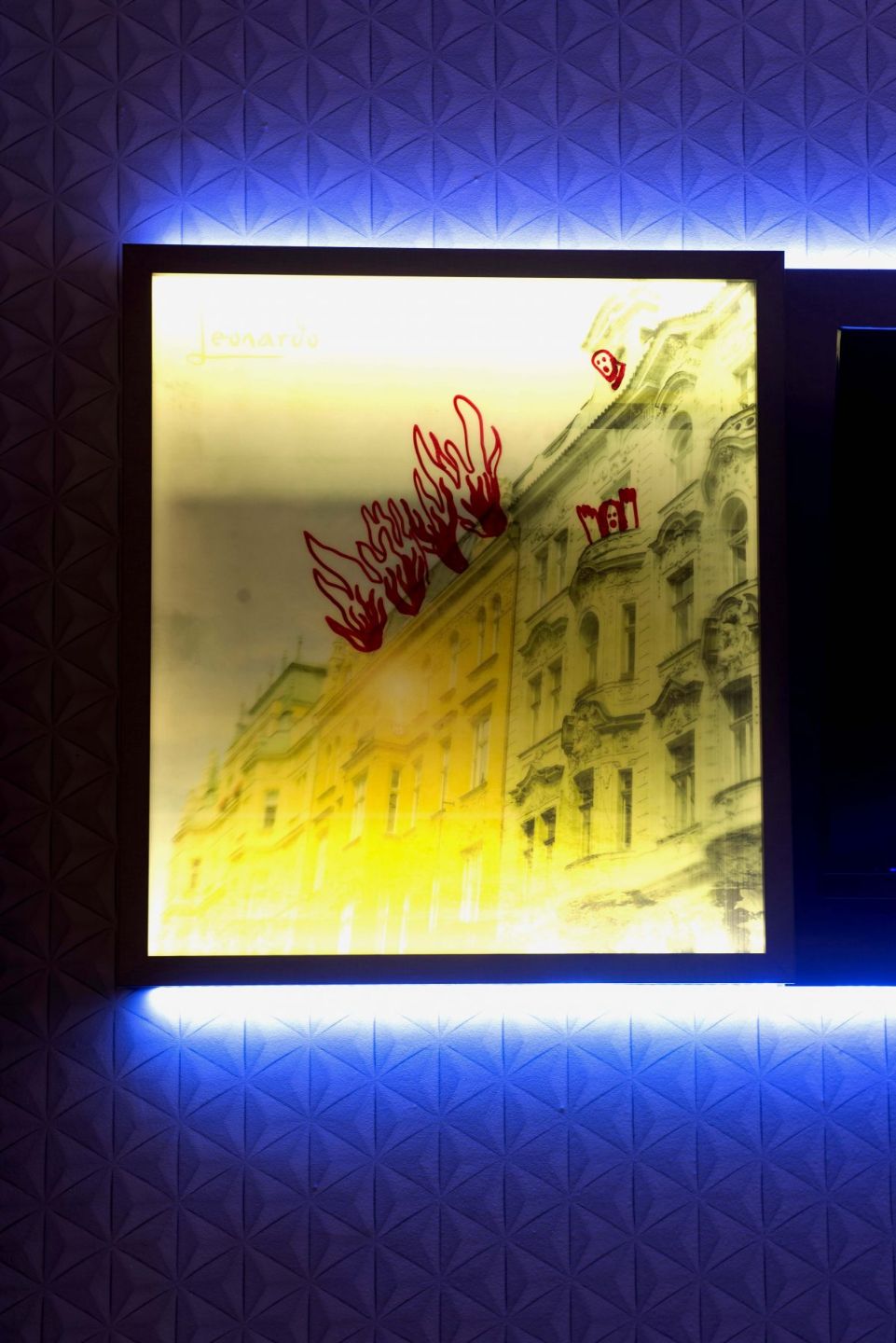 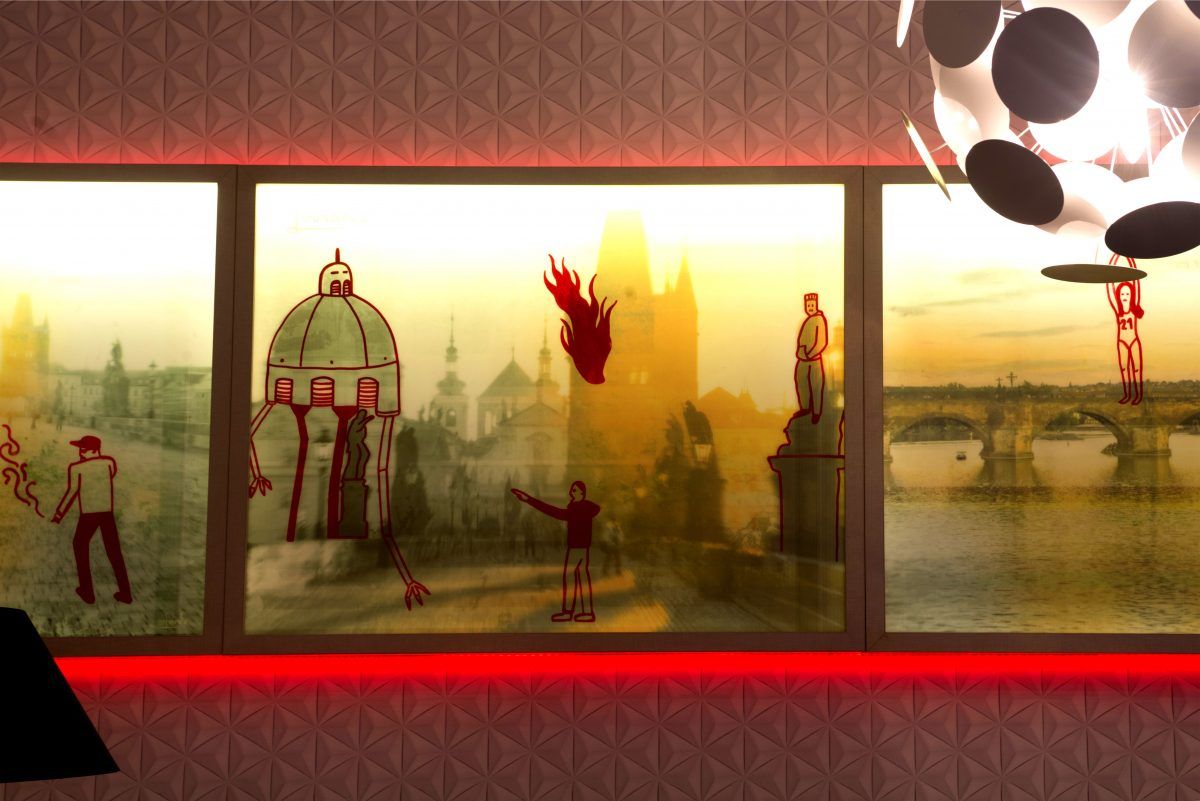 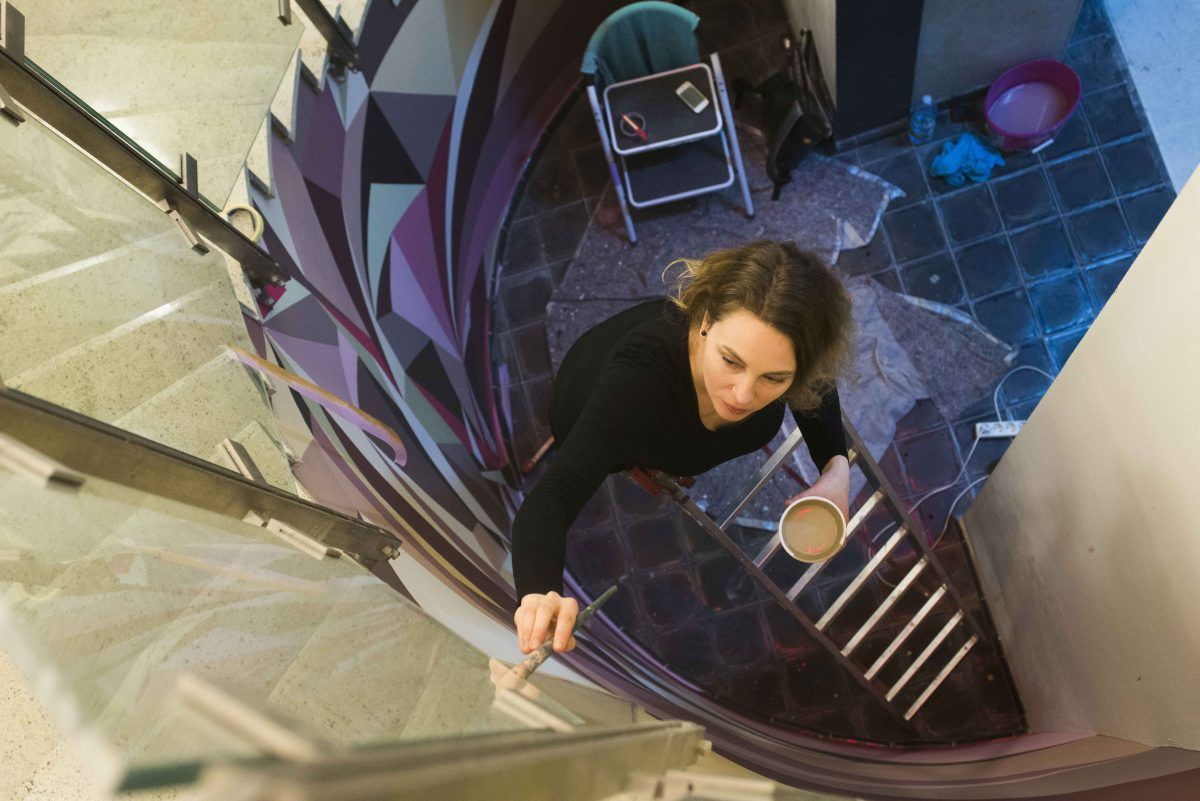 The exceptional historical building of the NYX Prague Hotel was built by one of the most important Czech architects – Josef Gočár and it is situated right in the touristically attractive centre. The architecture of the building served as the point of departure of the artistic concept of the hotel. The curator of the NYX concept Iris Barak together with the local curator Alexandra Karpuchina offered a response to the aesthetic qualities of the building through several conceptually and aesthetically interconnected artworks and they “entered” into the walls of the building murals, art installations and also sculptures by notable Czech artists: Jana Babincová, Martin Krajc, Sofie Tobiášová, Ondřej Vyhnánek (X –Dog).

NYX Prague Hotel thus becomes a place on the Prague art map that has a strong character and exhibits fascinating artworks that, despite covering a wide range of artistic approaches by their formal differences, are contextually and spatially interconnected and directly related to the place. The works were produced specifically for the hotel. The hotel that so openly challenges often banal and decorative “hotel art”.

Martin Krajc, the artist whose murals welcome the visitors at the hotel entrance, has established himself at the local art scene through an eccentric lively style that cannot be easily overlooked. For a long time he has been dealing with figurative painting that he enriches by expressive relaxed painting gestures and experiments with space in the form of 3D objects. However, in the case of this site-specific realisation, he goes much further and with his energetic painting passes the marked edges of the painting that copy the architecture of the entrance hall so that the visitor becomes a part of his complex spatial work. The painter’s medallions of female beauty and expressive jungle motives loosely follow the exterior and interior decorations of the building and create a completely new perception of the present space this way.

Entering the lobby, a surprise is waiting for the visitor. In this part of the hotel we find the characteristic style of the hotel chain, a repeating element, two objects of art – two chairs. In NYX Prague they are the work of Ondřej Vyhnánek who apart from countless large paintings in public space has been working for a long time with ceramics in original combinations with other sculpture materials. Here Ondřej painted an unhappy and concentrated expression to his pseudo-superheroes holding concrete thrones that mimetically points to the weight of the universe and their difficult fate and inspires sympathy in the spectator but also a malicious wish to sit down.

Right next to the sculptures is the Israeli “Artwall”. It is based on the intention of the Fattal Hotels chain to present in every hotel a sample of the contemporary Israeli art scene. Through the NYX curator Iris Barak a work is carefully chosen for every hotel that is thematically representative of the current trends of the scene and of their motivations, too. On the wall of the Prague hotel hangs a piece by Merav Kamel and Halil Balabin of the younger and very promising generation who have been working together since 2013. Their monumental works made of toilet paper (!) were until recently on display at the Biennale for Drawing in Jerusalem.

The staircase walls leading to the hotel rooms became a platform for a geometric site-specific mural of Jana Babincová whose works are best known for their conceptual approach and a sense of colours and space. A floral motive reduced to cubist shapes is carefully implemented into the wall of the winding staircase, compositionally centred to a niche on the ground floor – the stem and the leaves and the flower then “grow” up to the first floor of the building. The shapes of the coloured surfaces, too, are based on the architecture, just as the colours derive from the colours of the architectonic space. Hence the bold mural more than respects the local specifics of the interior.

In the cafeteria, the artistic intervention into Prague streets motives, in relation to the reception wall of the hotel, cannot be overlooked. A beginning young artist Sofie Tobiášová used lightboxes on the walls as canvases for her recycling of the old city and the events that took place here. The student of the Academy of Arts, Architecture and Design in Prague enriched old scenarios not only by connotations of real historical events of the city but also by her own fantasies that were born here.