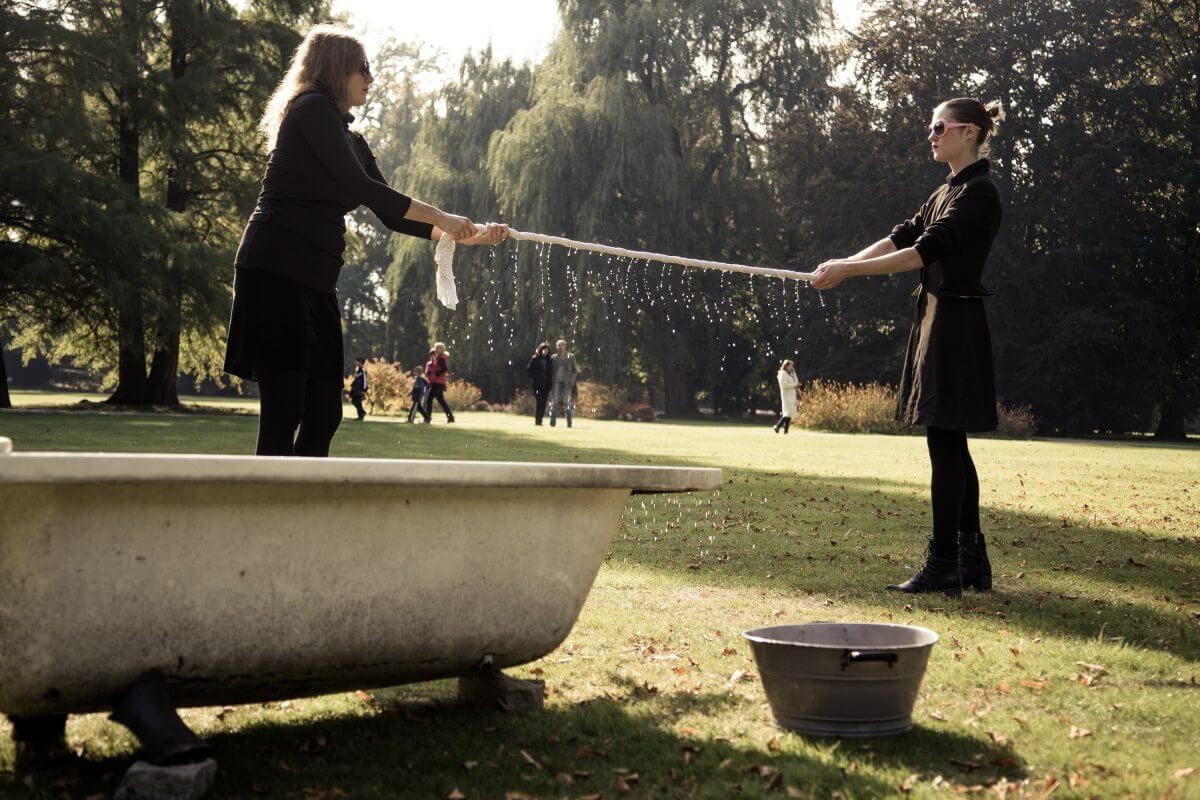 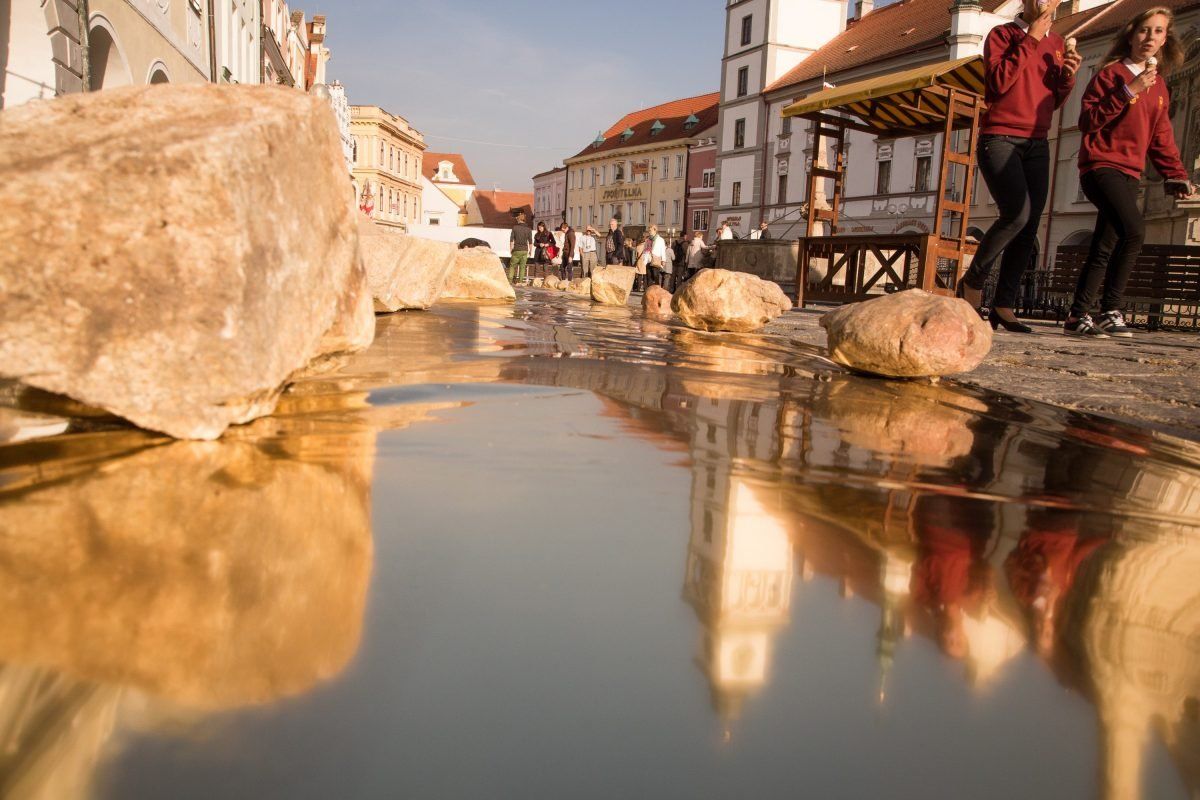 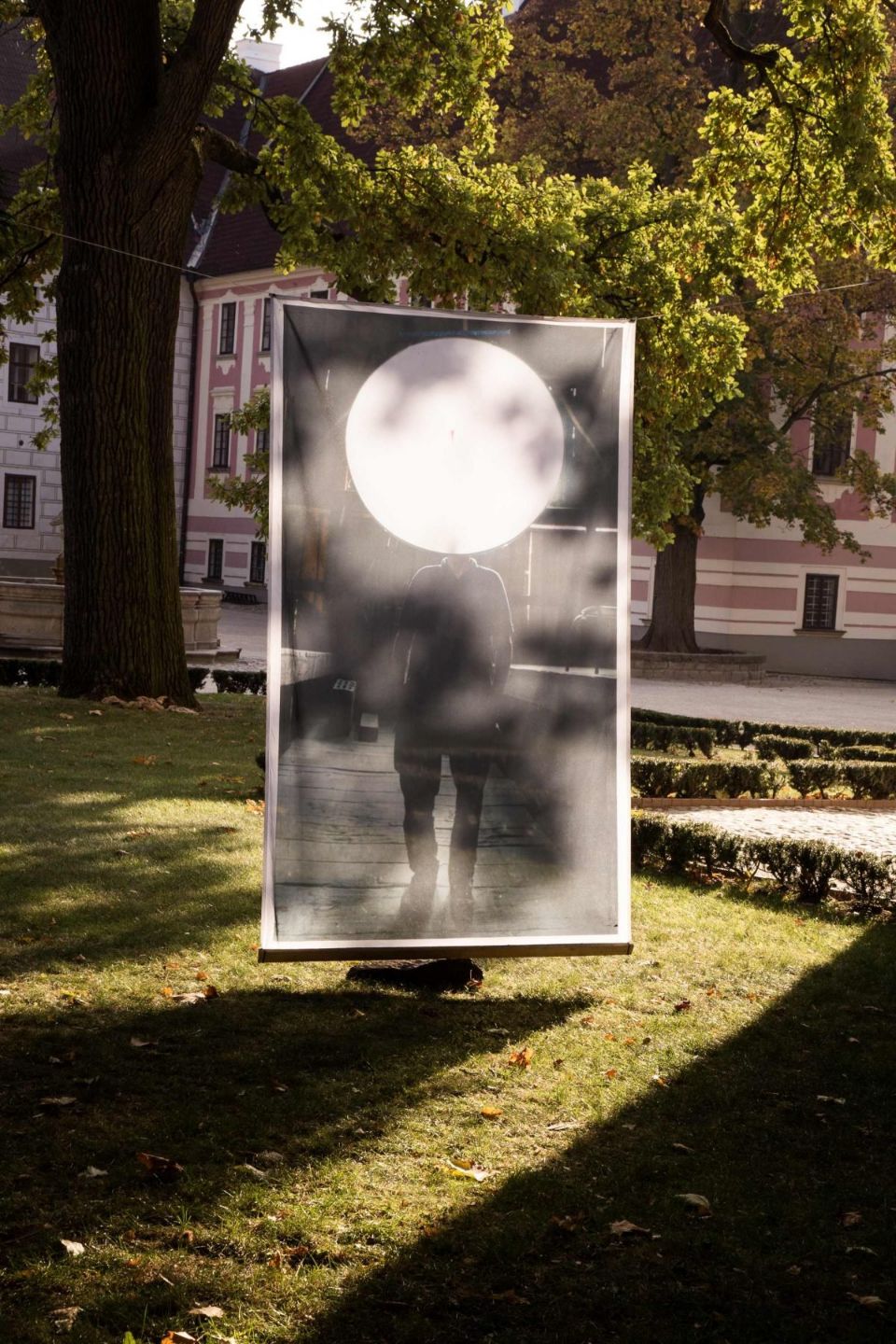 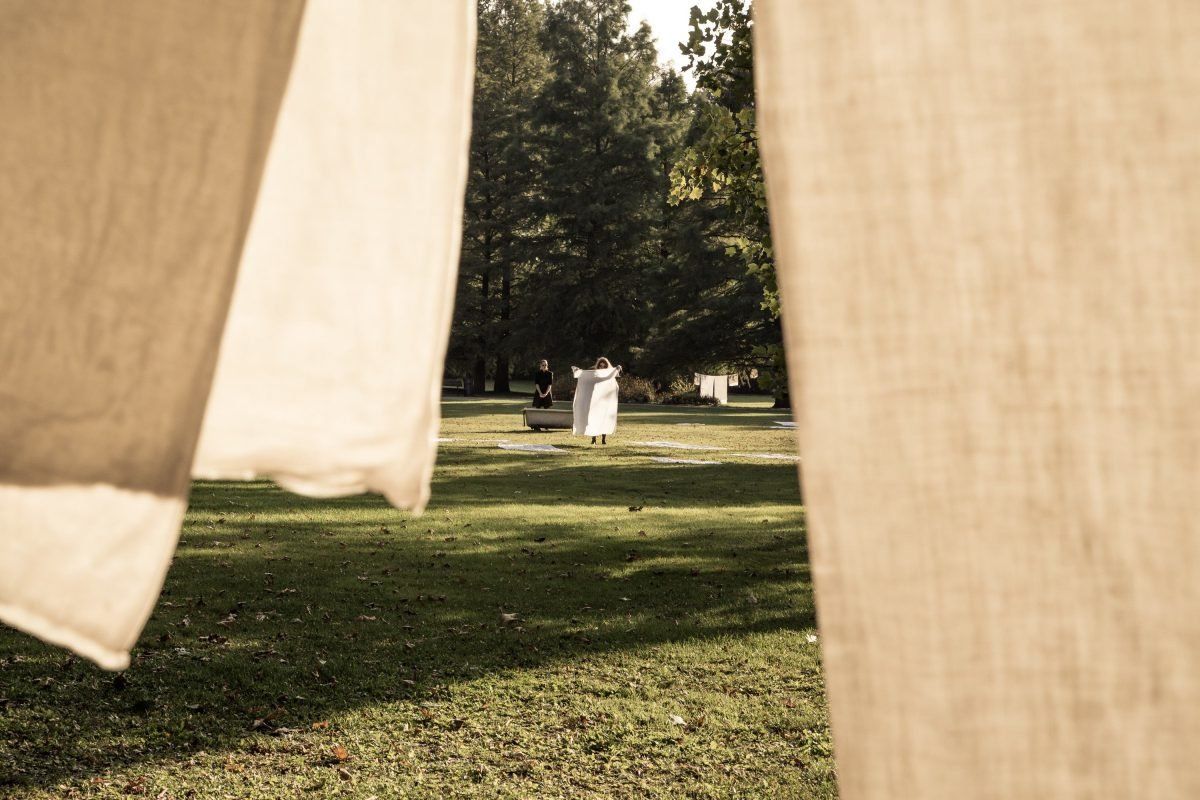 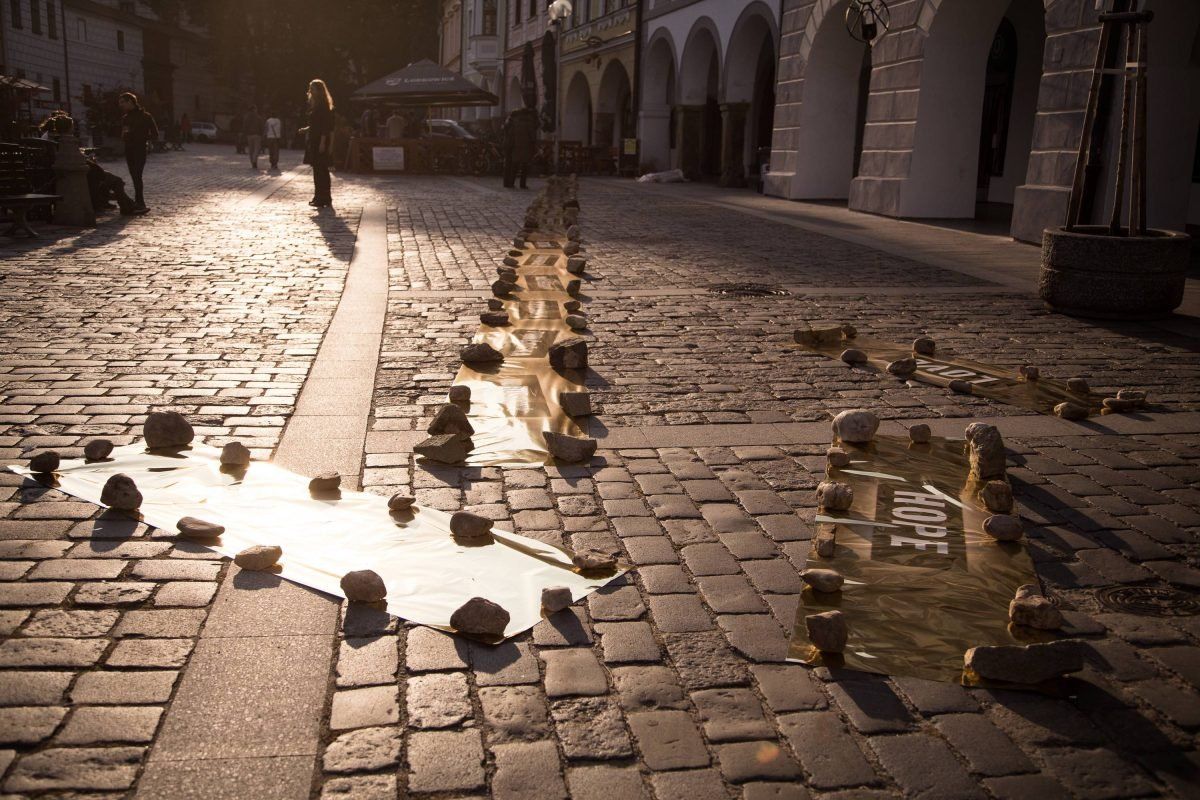 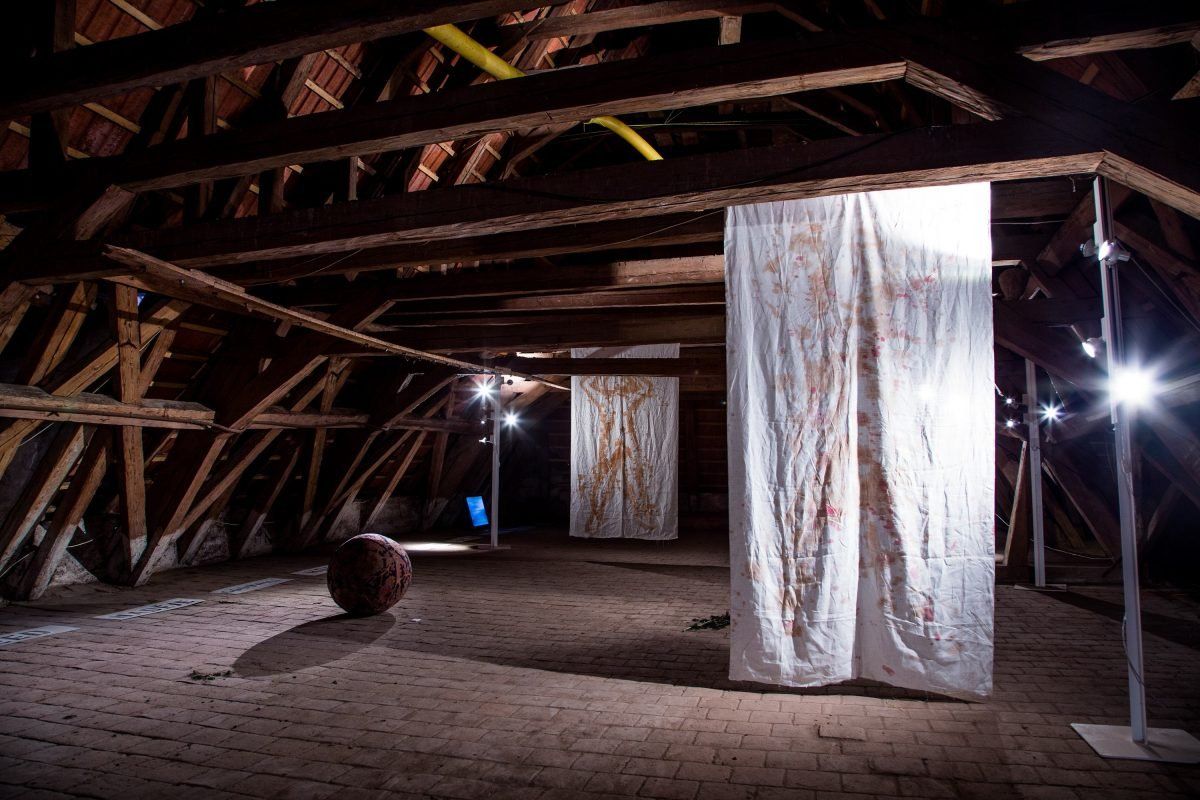 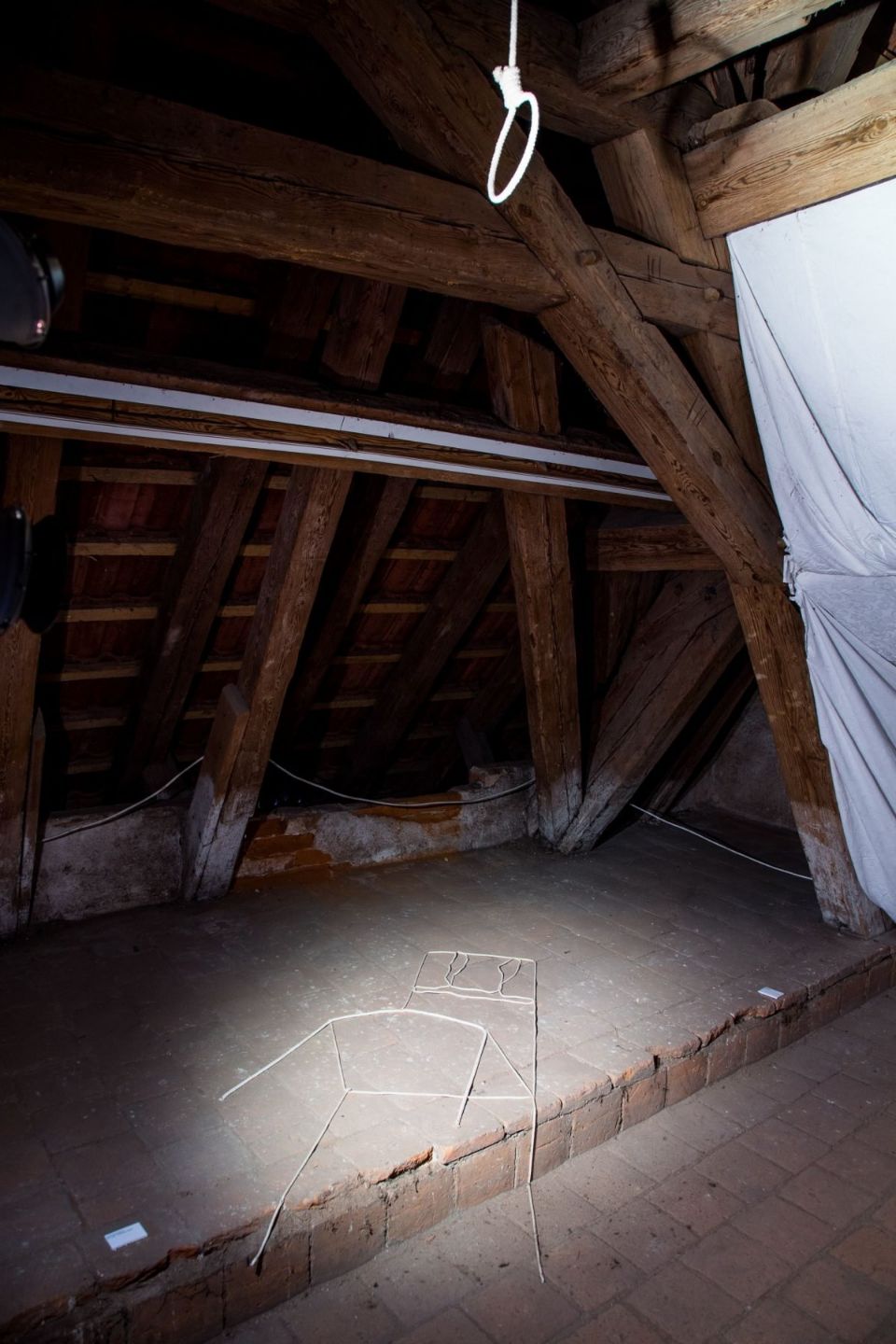 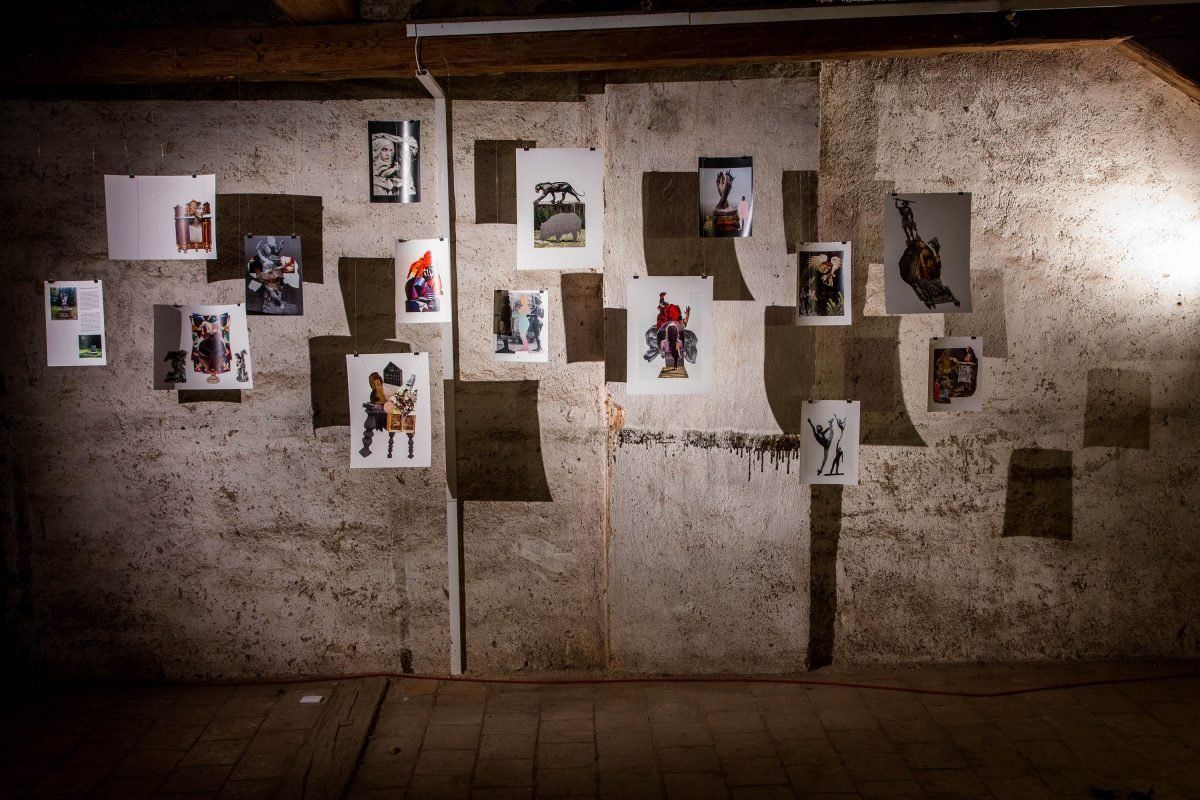 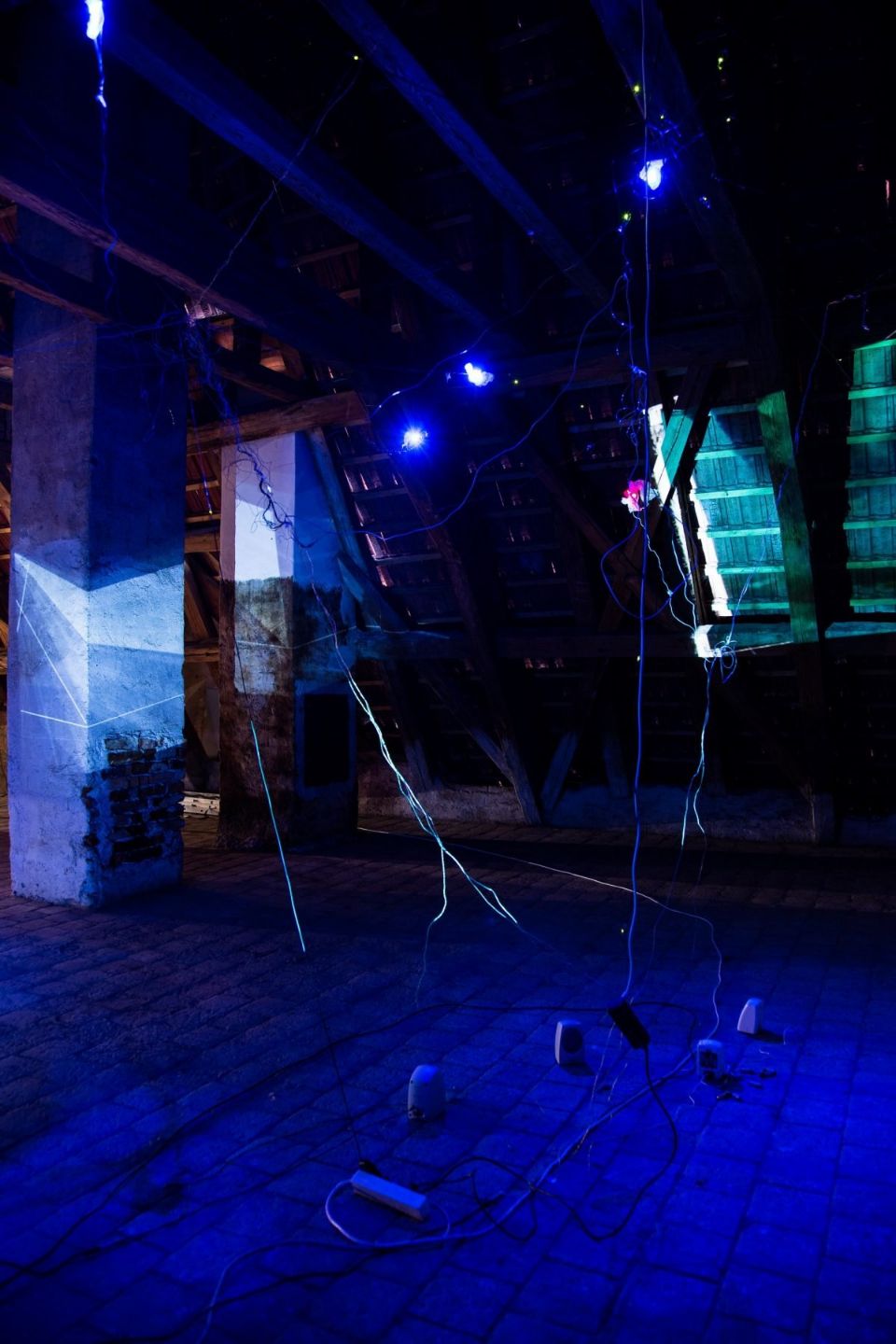 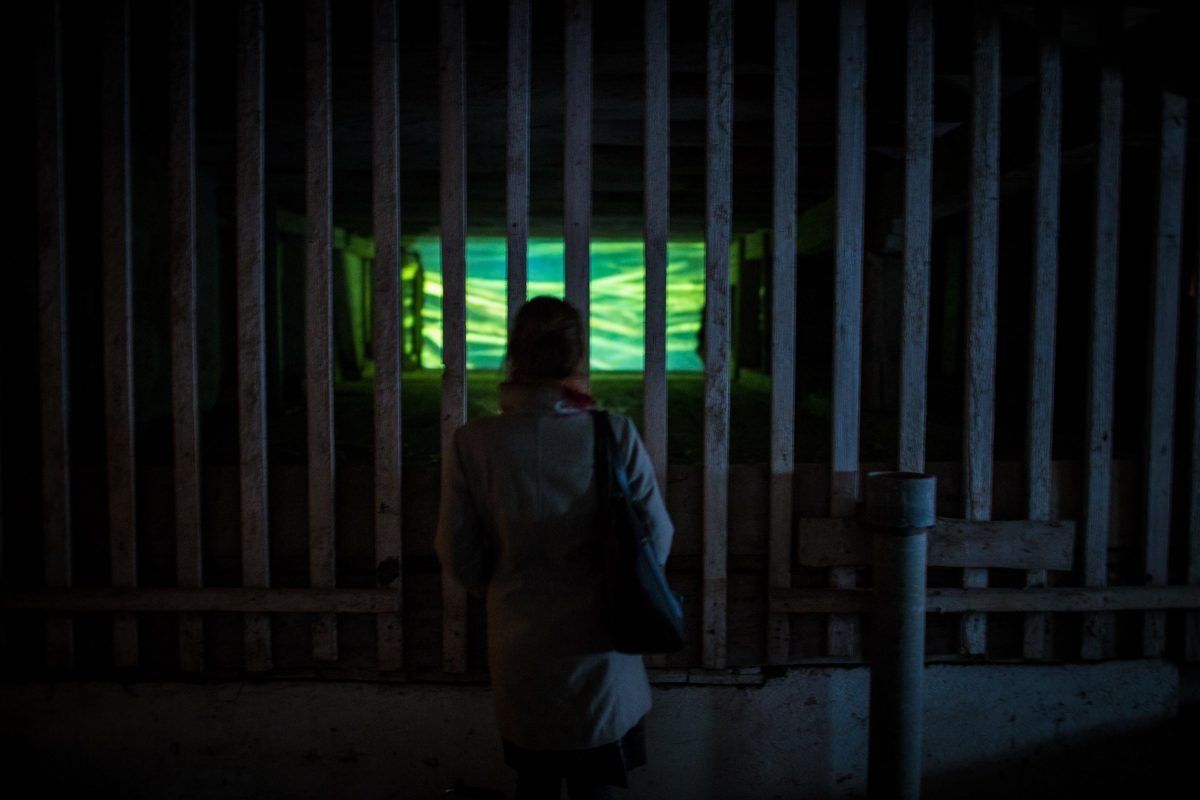 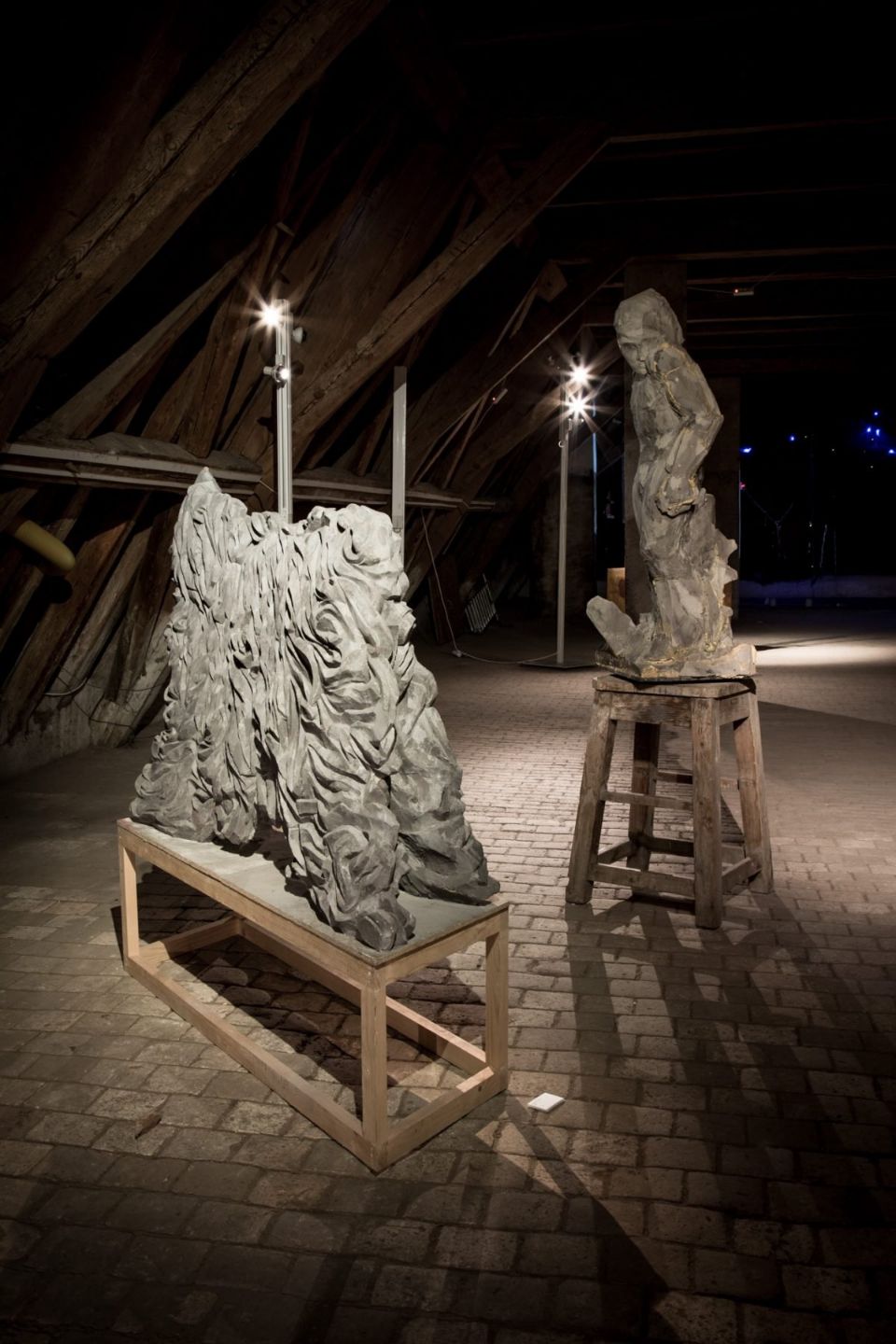 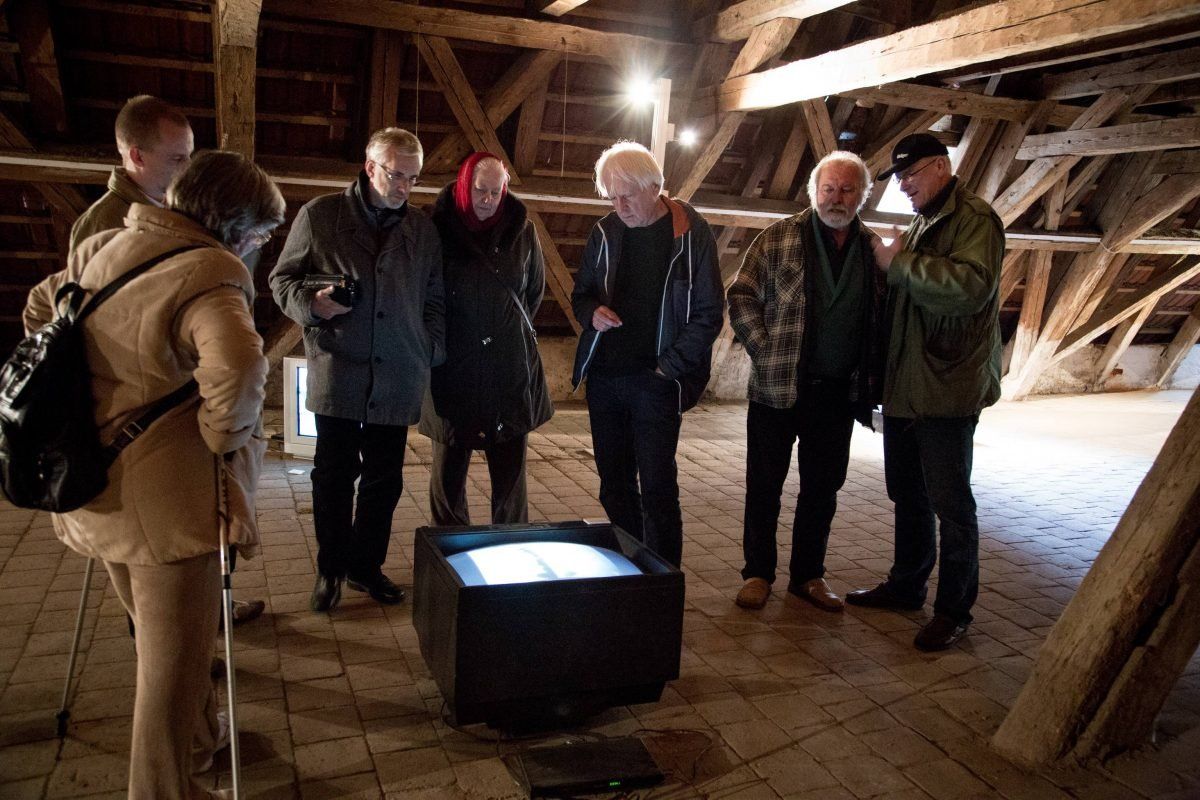 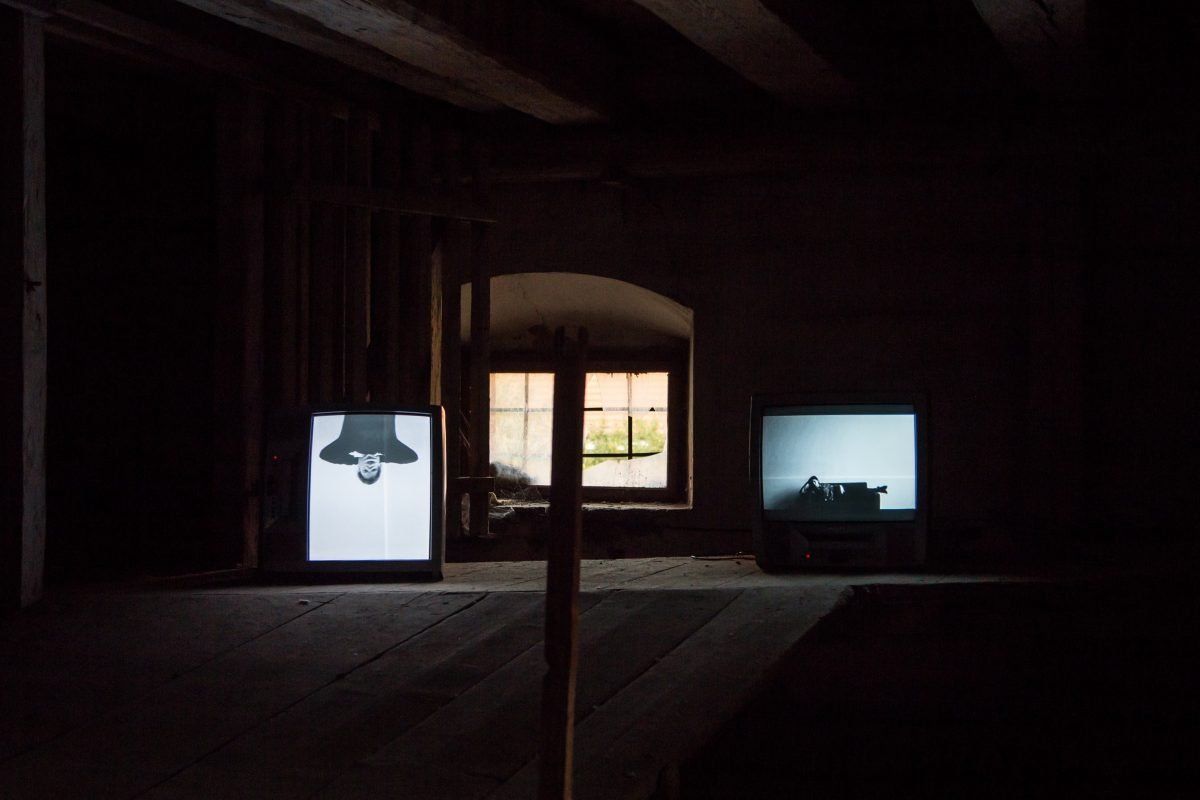 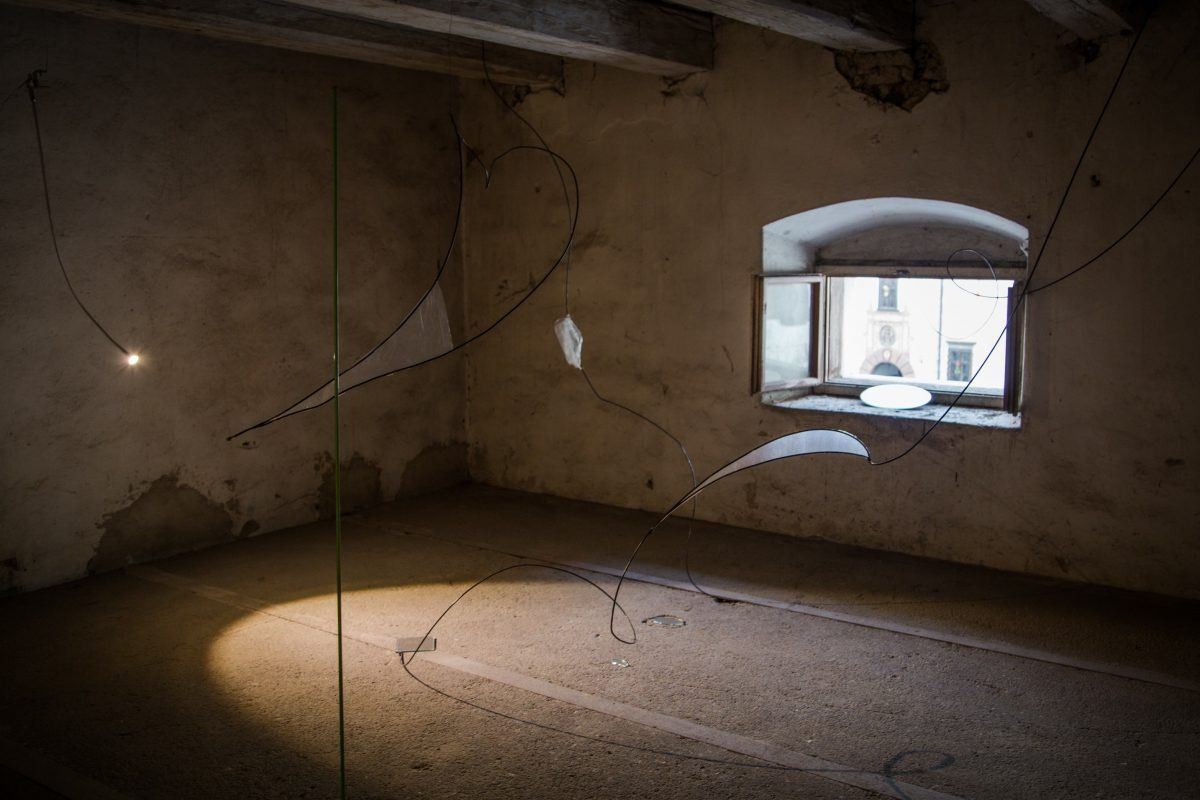 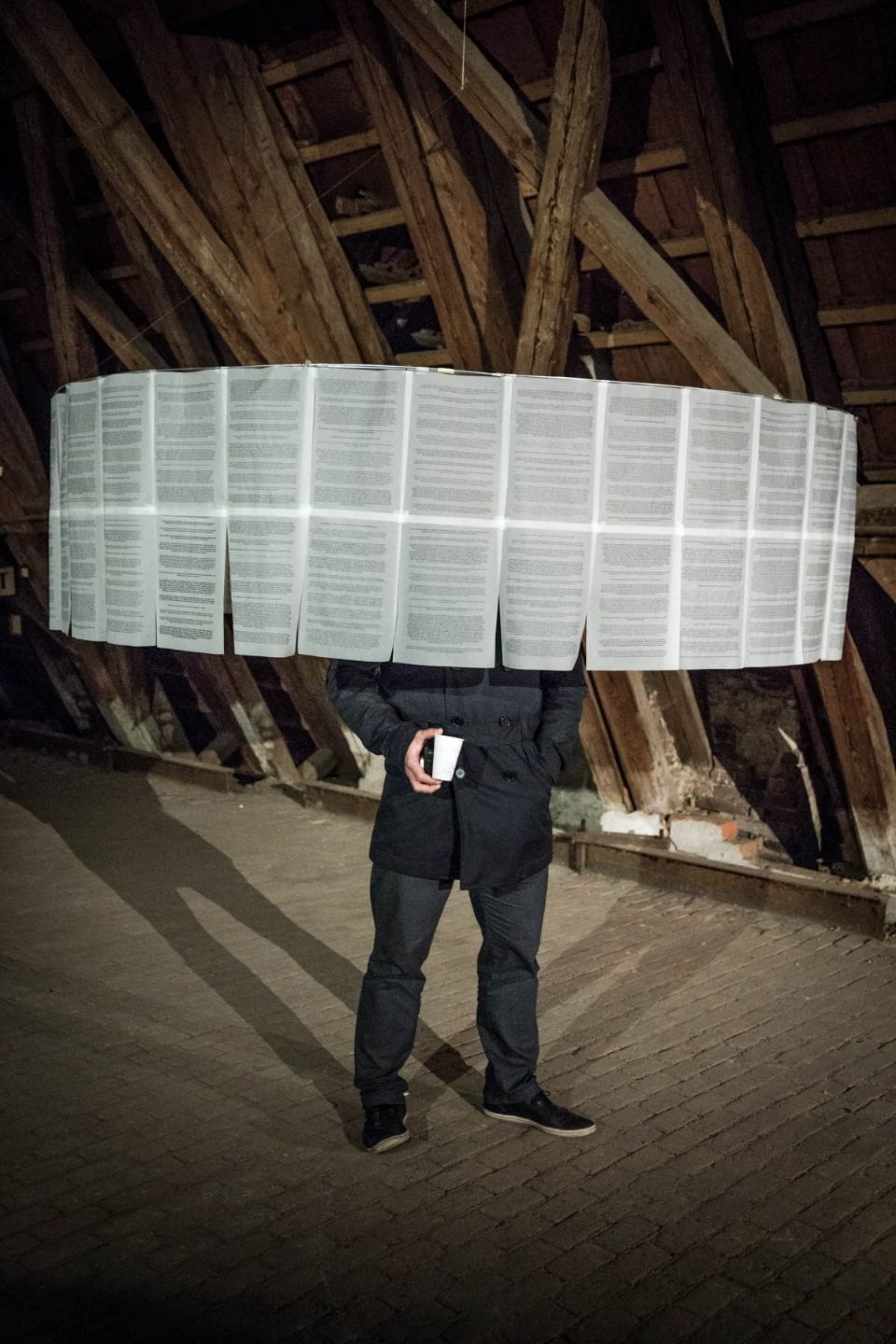 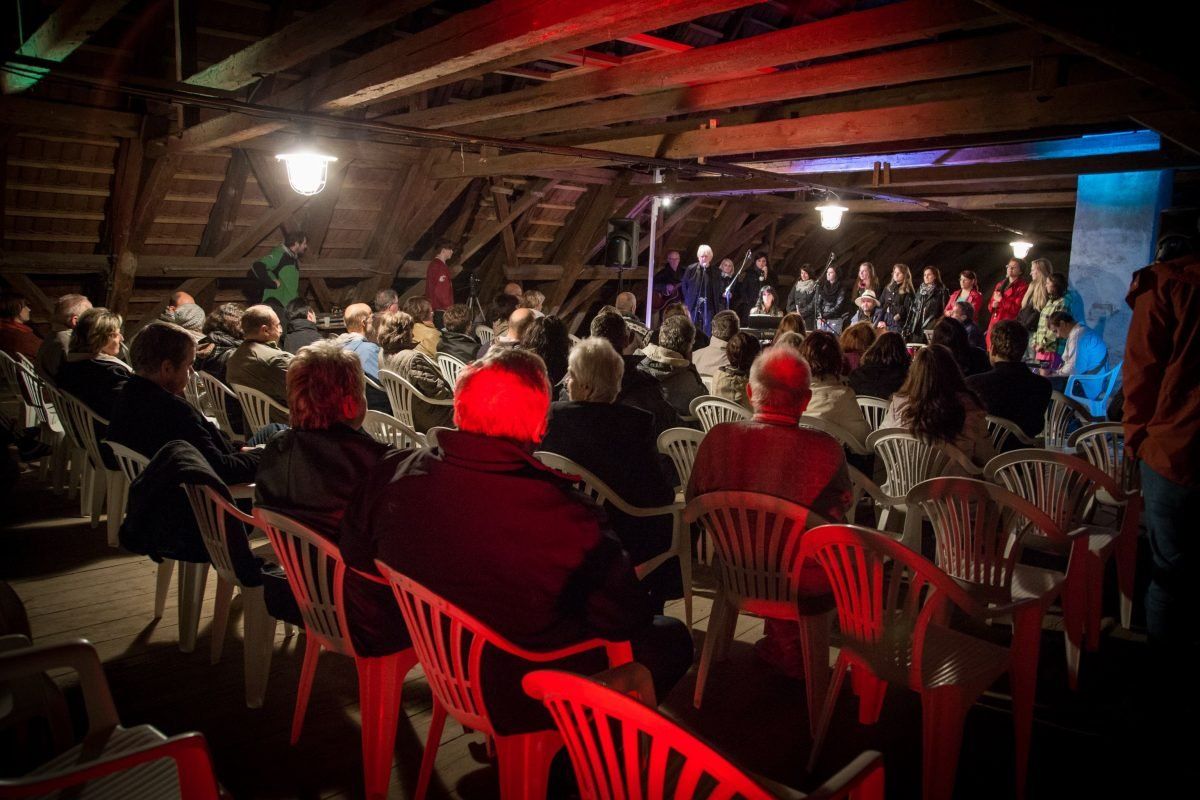 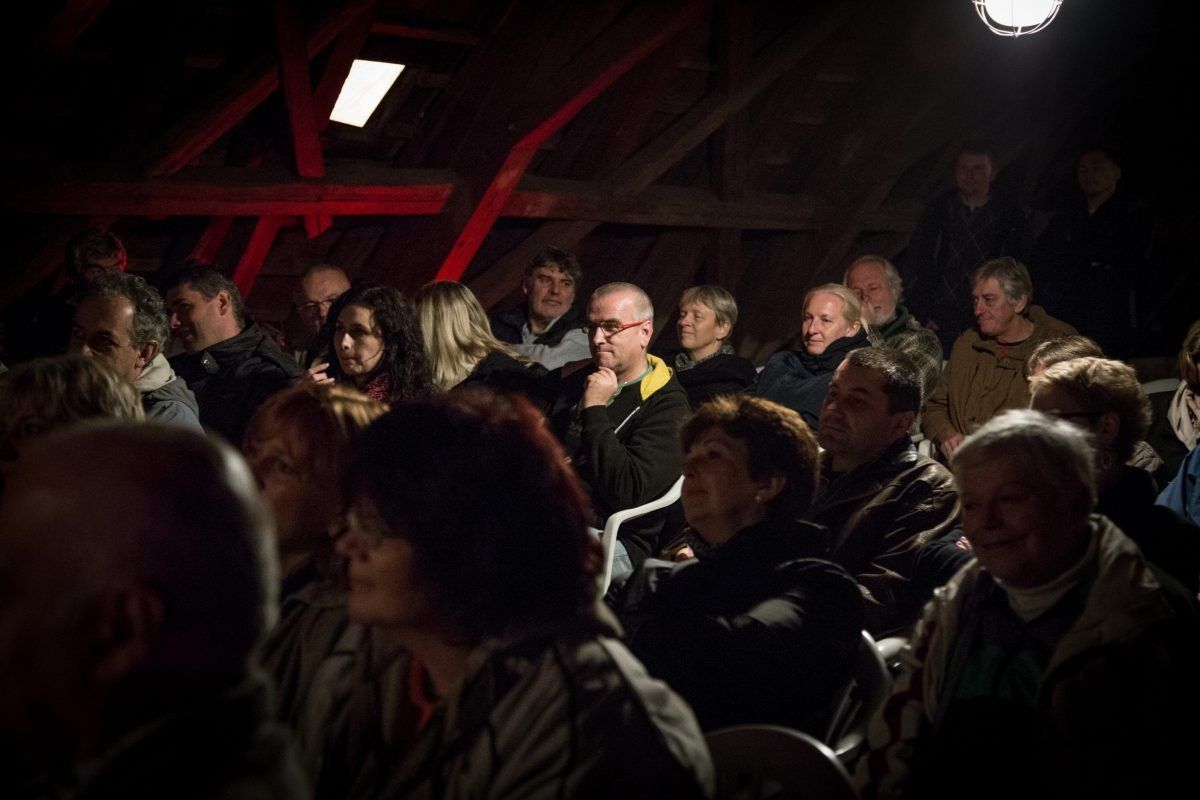 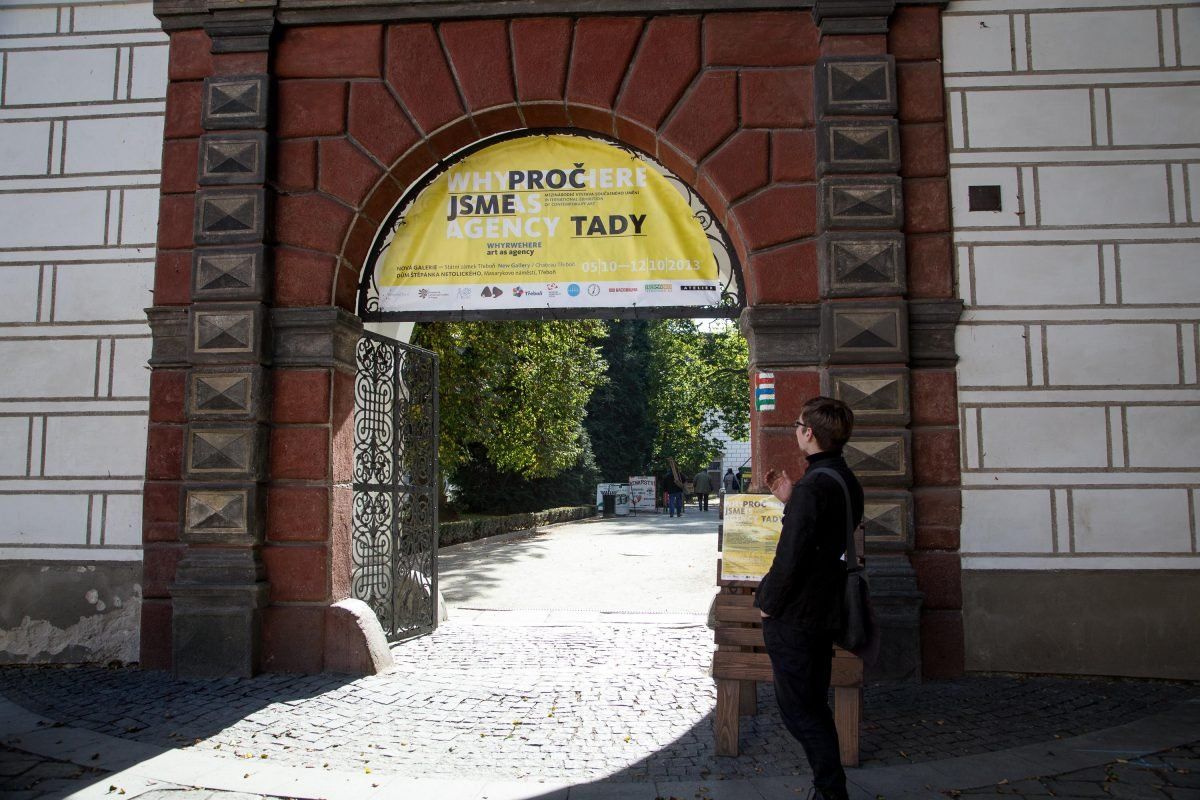 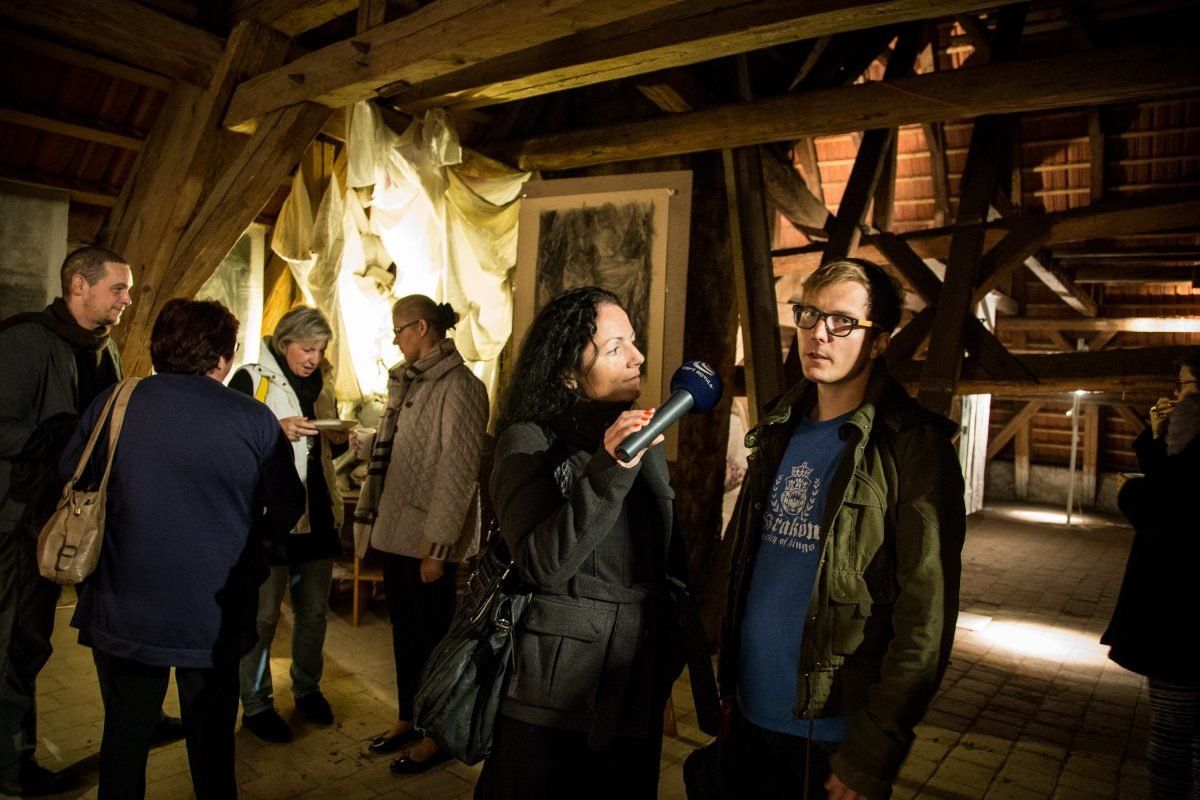 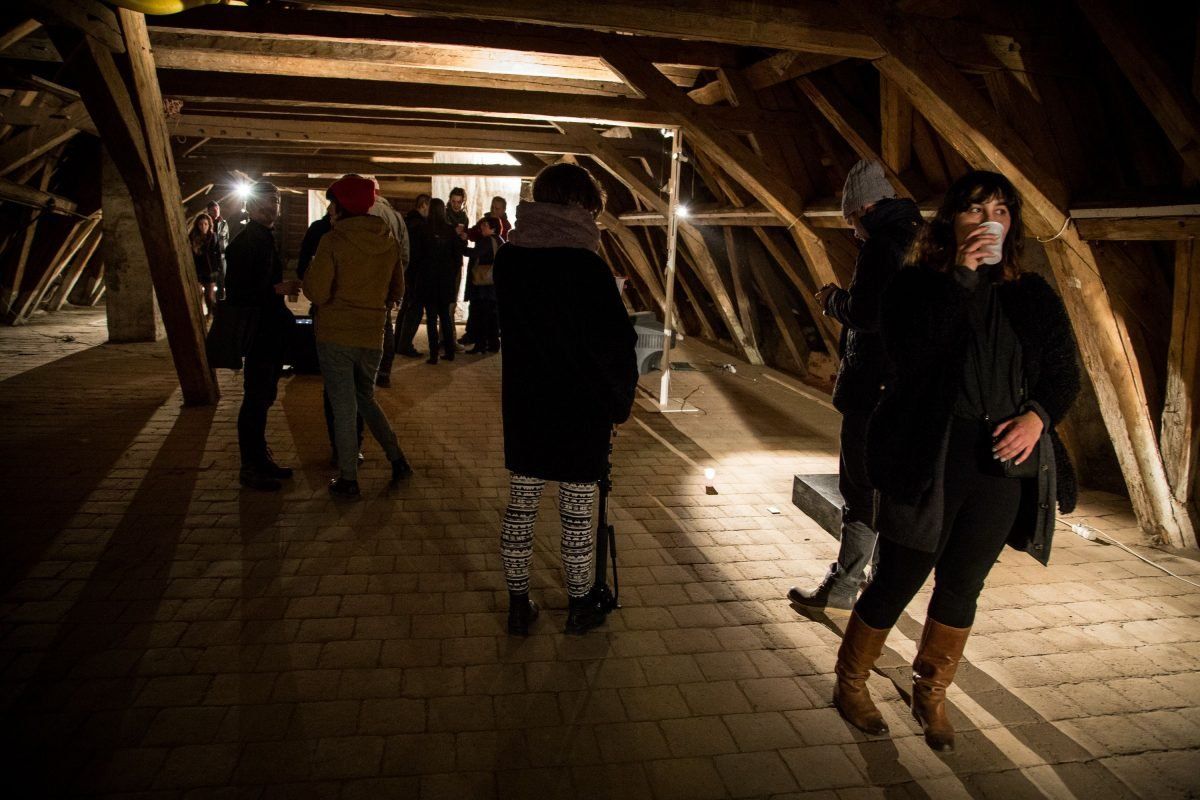 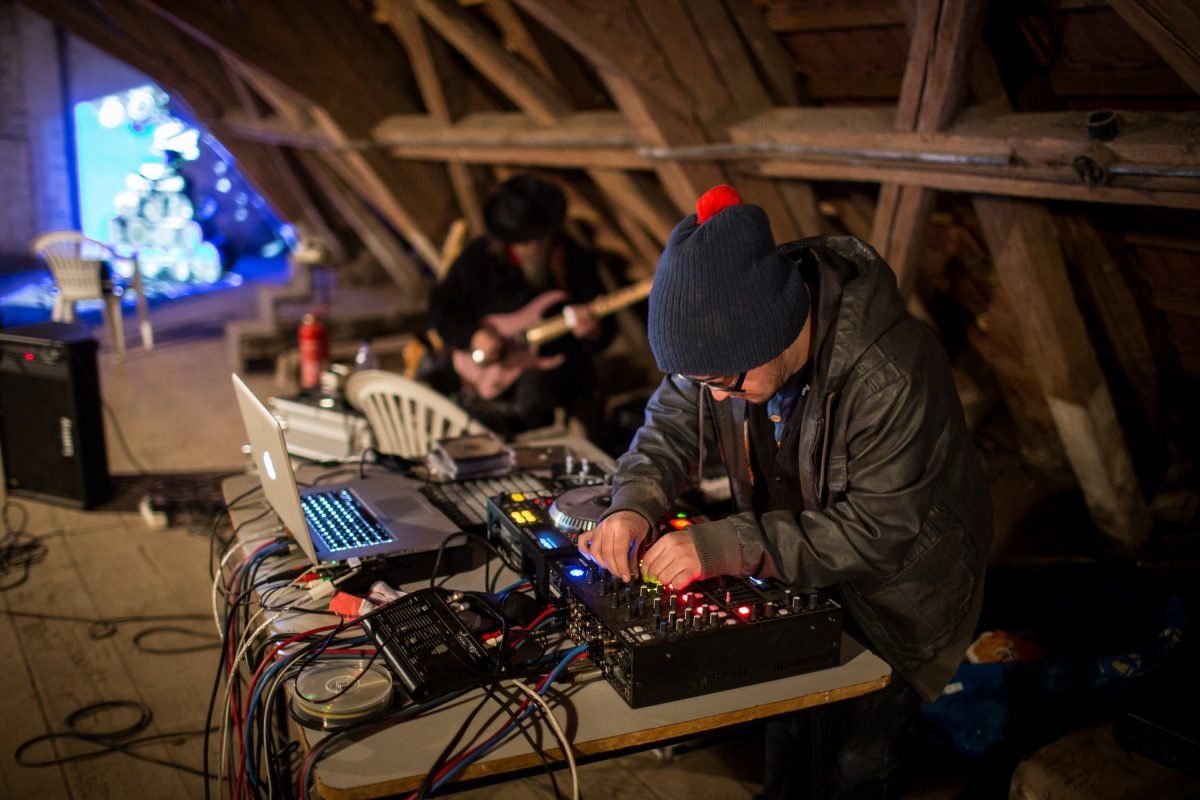 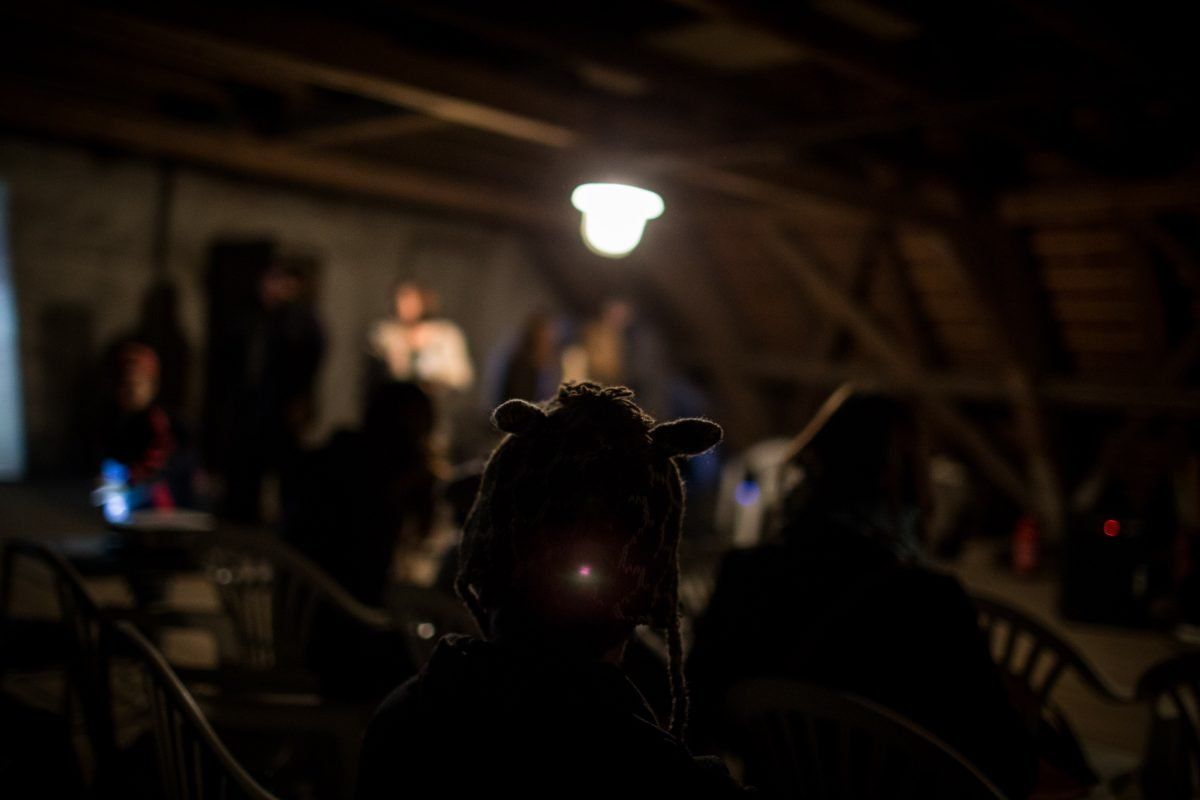 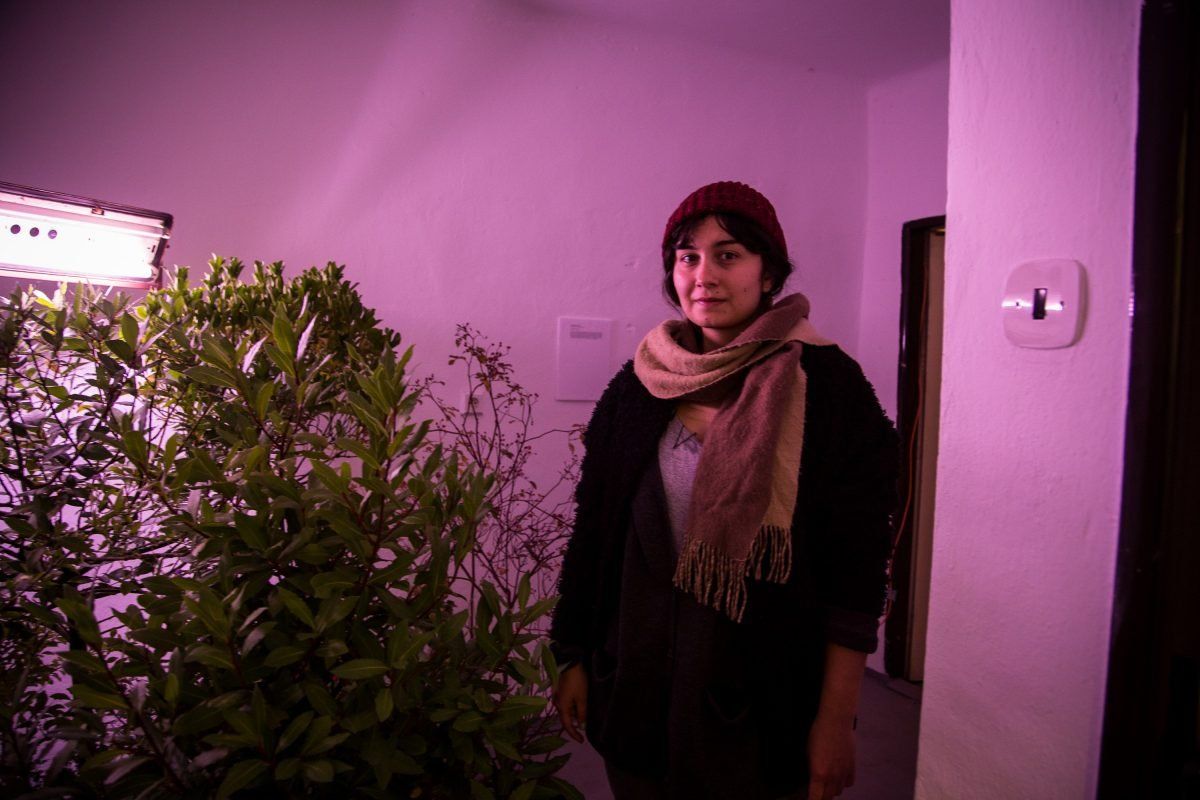 In the second half of 2013, following a month’s symposium, the exhibition WHYRWEHERE: Art as Agency took place in the castle complex in Třeboň.

The studio of a visiting lector at AVU, where the first impulse and also most of the artists on display come from, offers a specific environment. Every year, students gather from different studios here under the supervision of an artist standing outside of the Czech academic environment and with very diverse notions of what their work should bring about. Thanks to this freedom that is implicit in the concept of the studio itself, the results tend to be among the most interesting student presentations in general. The studio of Jan Mladovský, who supervised it in the summer semester of 2013, was no exception.

Therefore if you are interested in the contemporary art discourse, the exhibition WHYRWEHERE is definitely on the must-see list. Just like the Venice Biennale. Even though this comparison is surely hyperbolic and inaccurate in many ways, the grounds of the Třeboň castle had much more in common with the Venetian Arsenal than a certain showiness and a strong site-specific aspect.

Already the words in the exhibition concept that speak of “art as an activating system” with an emphasis on “the context of the interaction, production, circulation and consumption called Agency” are not the result of a narrow local, almost activist, specification of the project, but are one of the generally accepted and established points of view of art. Even here the influence of socially, or locally, engaged art, in the sphere of influence of which we can place the whole project of which the exhibition WHYRWEHERE formed part, is reflected in various forms. Whether it be a kind of post-letterist signs of Jan Mladovský with names of Třeboň ponds such as Víra (Faith) or Láska (Love) or the performance Bleaching of Adéla Součková and Františka Lachmanová in the castle park.

The exhibition spaces of the caste grounds as well as the whole open-air museum atmosphere of the centre of Třeboň invited to a certain spectacularity that is, however, also one of the common contemporary phenomena. It could be seen, for example, in the installation of Gergely Kovats, a video projection on tree trunks which in its strong narrativity almost became a show. On the contrary, we could read a critical reaction to the greenhouse effect of the inanimate historic town in the installation – In rerum natura of Ania Bystrowsky from Poland that consisted of artificially illuminated flowers placed in one of the dark corridors of the complex.

However, an inspiration by the place, which was a topic common to all the works, was not always so unambiguously demonstrable. A kind of “hyperconectivity”, given by today’s information overload, that was so aptly used in the introduction note to the Arsenal pavilion, is one of the definitions of the contemporary discourse. It can either lead to chains of all existing associations, when inspecting all possible limits of expression – how far can we go from the original idea to the result without the idea becoming incomprehensible – as we could observe, for example, in the audiovisual installation of Jakub Krejčí, or it can result in an internalisation of making art and of the artistic process when the artist decodes the webs of the joins in himself. As we could see, for example, in the video of Alexandra Karpuchina that dealt with visual maps of her private world.

It is here, already, that we could find an interest – surprising for spectators that believe in the disconnectivity of contemporary art to the real – of young art in harmony, the ideal and the transcendental generality in the world around them. The work of Zuzana Žabková from Slovakia, in which the inner self is expressed through dance movement, can serve as an example of this, or the video of a Polish couple Anna Bajorek and Marcina Morawicki that according to the accompanying text dealt with, based on the philosophy of Jürgen Habermas, creating a kind of an ideal situation – harmony by means of an absolute equality of elements. On the contrary, in some cases, this tendency showed in the emphasis on elementary expression through a strong gesture, as it was, for example, in the projection of embodied anguish in a lying figure with covered face in the video of Adam Stanko and Helena Sequens, or a softer but no less impressive capturing of the moment in lights reflections of Pavel Skrott.

In some works there was even a clear resonance of the tradition of classical modernism and avant-garde that is natural to everybody to look for in the displayed works of Kurt Gebauer, related in time not only with regard to generation, but also by the fact that they were created for Třeboň as part of one of his projects in 2007. However, we could see this connection in the next generation of artists, too, for example in the very mature sculptures of Matouš Lipus.

Designs of architectural revitalisation of the Schwarzenberg granary by students of the studio Kohout – Tichý at the Prague Faculty of Architecture, ČVUT were also presented as part of the exhibition in the House of Štěpánek Netolický. However, they were not as utopian as it might seem. Since the exhibition WHYRWEHERE is a forerunner of a bigger project based on efforts to revive the town of Třeboň. If it were realised to its full extent, a whole castle wing would be transformed into gallery spaces, linked to Prague art colleges that would profit from it not only as a space for exhibitions but also for symposiums, plein air workshops and realisations of larger projects. This way a new cultural centre would emerge, as well as a mutually enriching interaction that crosses not only state borders but institutional borders, too, and the usefulness of their disrupting was clearly proved by the exhibition WHYRWEHERE.