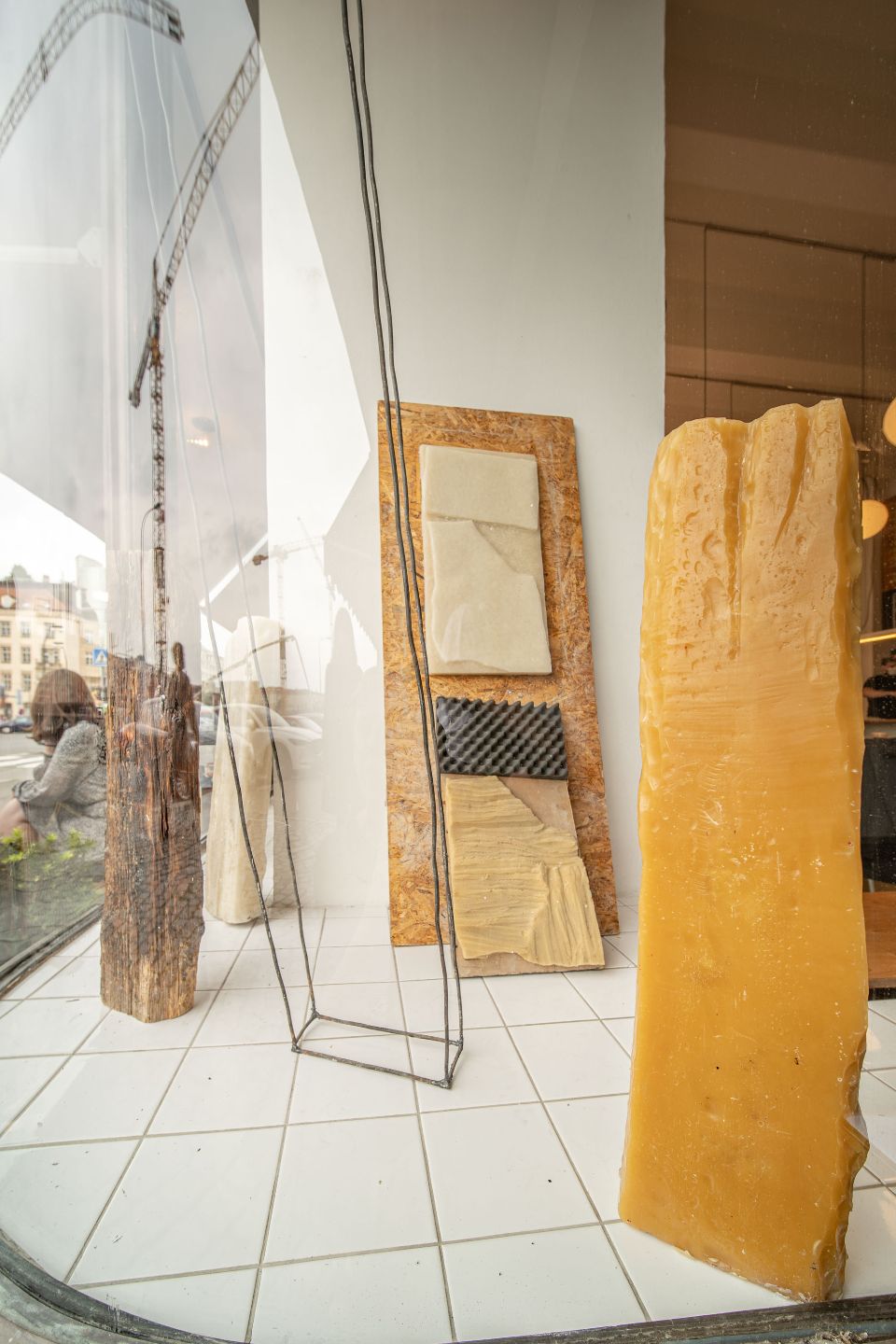 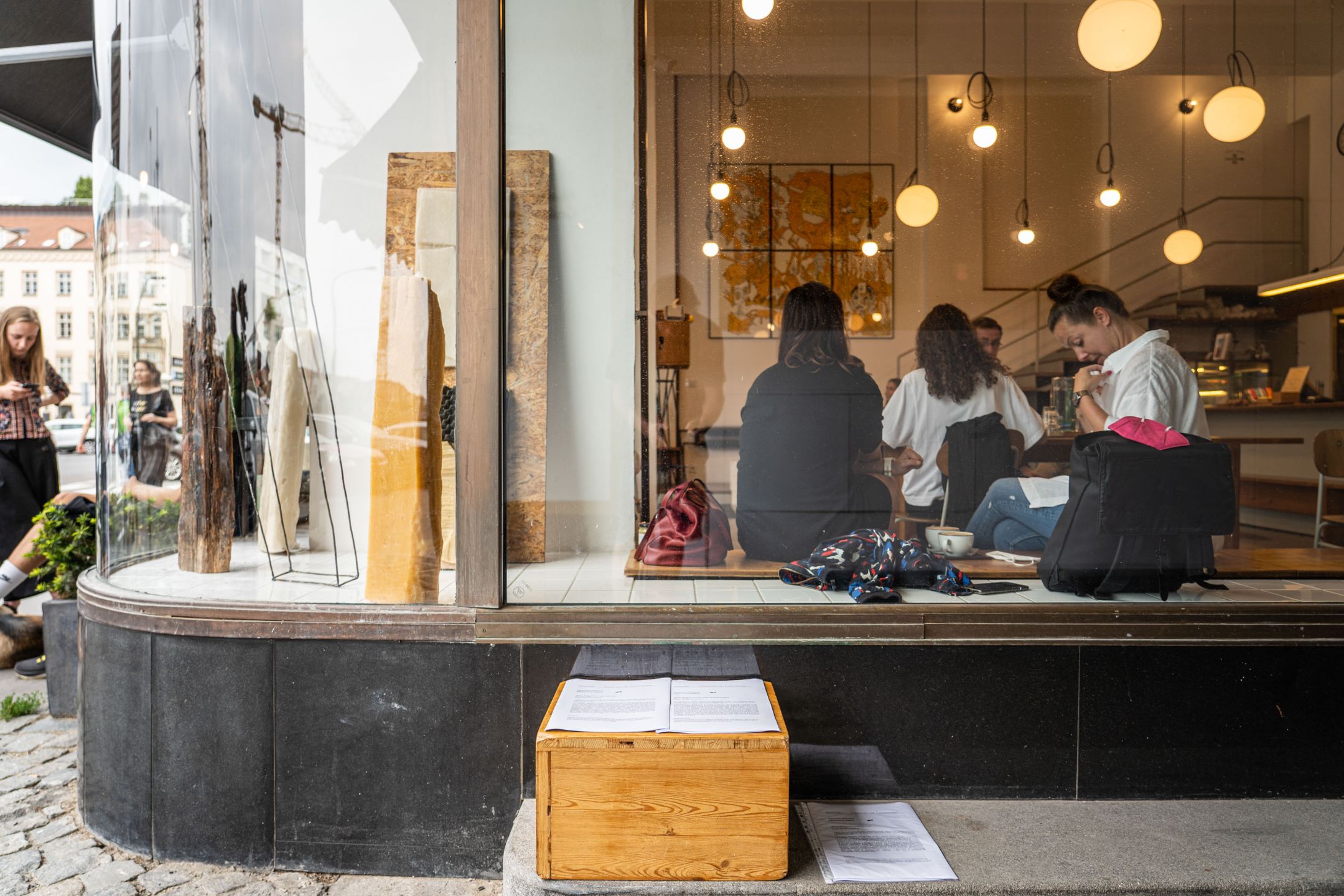 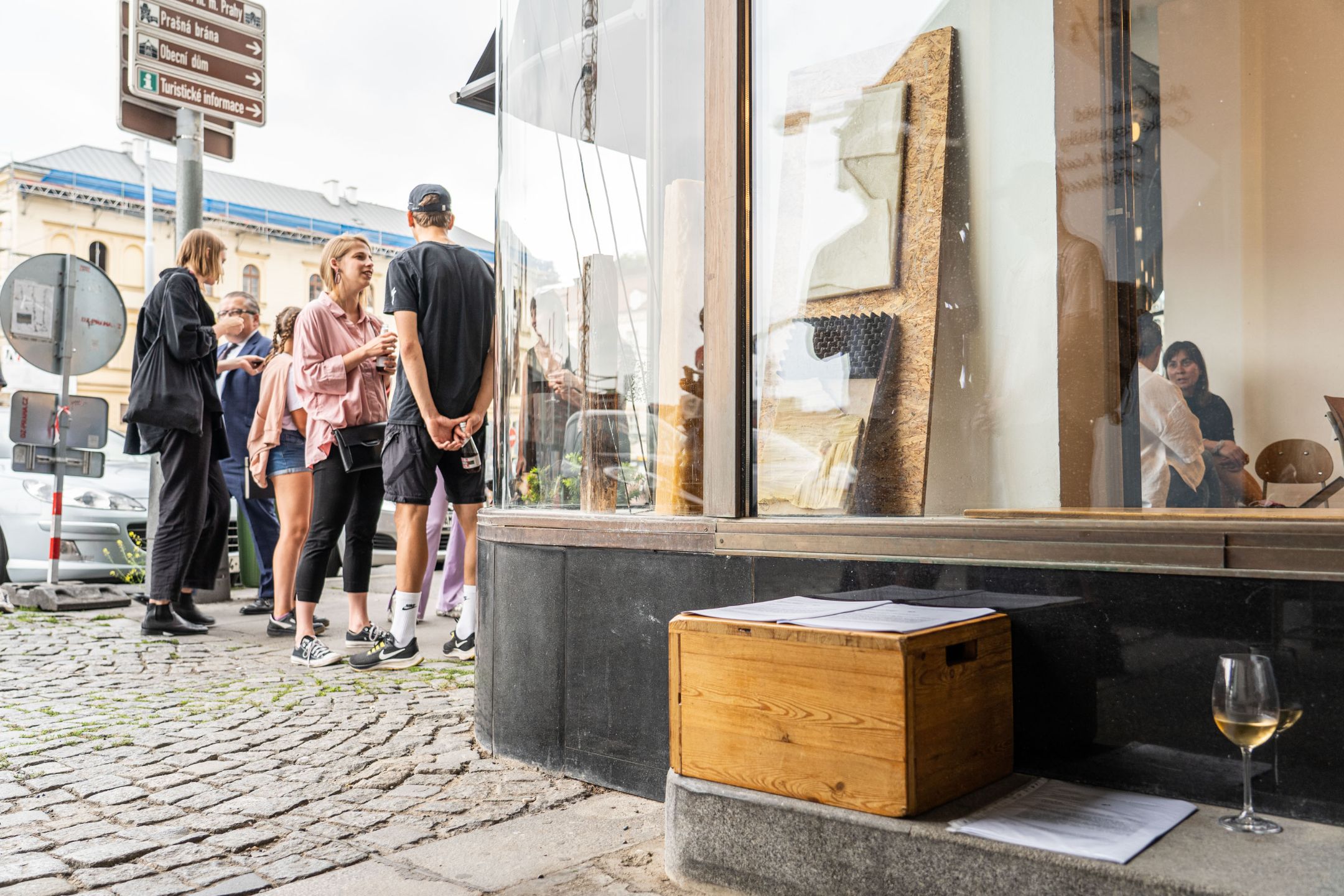 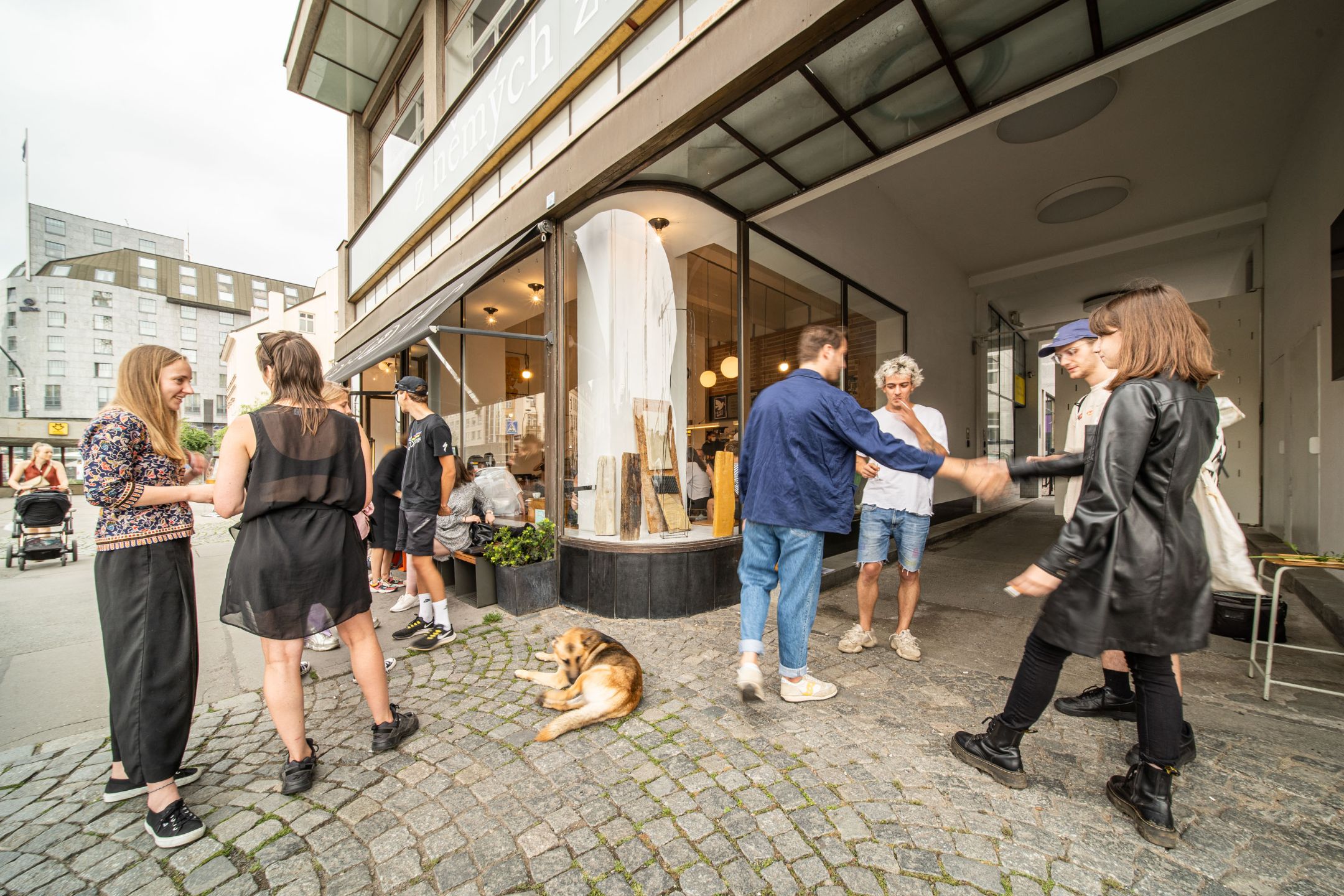 "I'm interested in what's between an idea and laid matter. The difference between uncertain contours and contours already determined. How a word becomes an image, a moment when it is neither a word nor an image.” (JŠ)

What does one imagine when one says a STATUE? Jáchym Šimek, a student of the Studio of Figural Sculpture at the Academy of Fine Arts, deals with interspace in his site-specific installation for the Aquarium Rhizome space - interspace as a space that arises when describing a sculpture as an intangible image in the sculptor's mind. In his work, the author reverses the process of creation and does not focus on the final product as a pre-set goal, but emphasizes the very idea and the capture of individual processes taking place during its description. The shaken and hazy character of the idea itself is transformed by Šimek with the chosen material, which is welded wires. Objects made of paraffin can then refer to the lightness and absence of matter by their transparency, but at the same time they react to a specific environment with a slow and inevitable change of state, accelerated by sunlight and increased temperature of the aquarium. Contours symbolizing weightlessness are also captured in the author's numerous designs represented by pencil lines, which function as a certain transcription or capture of the flow of ideas and their shapes and thus emphasize the conceptual level of Šimek's work.