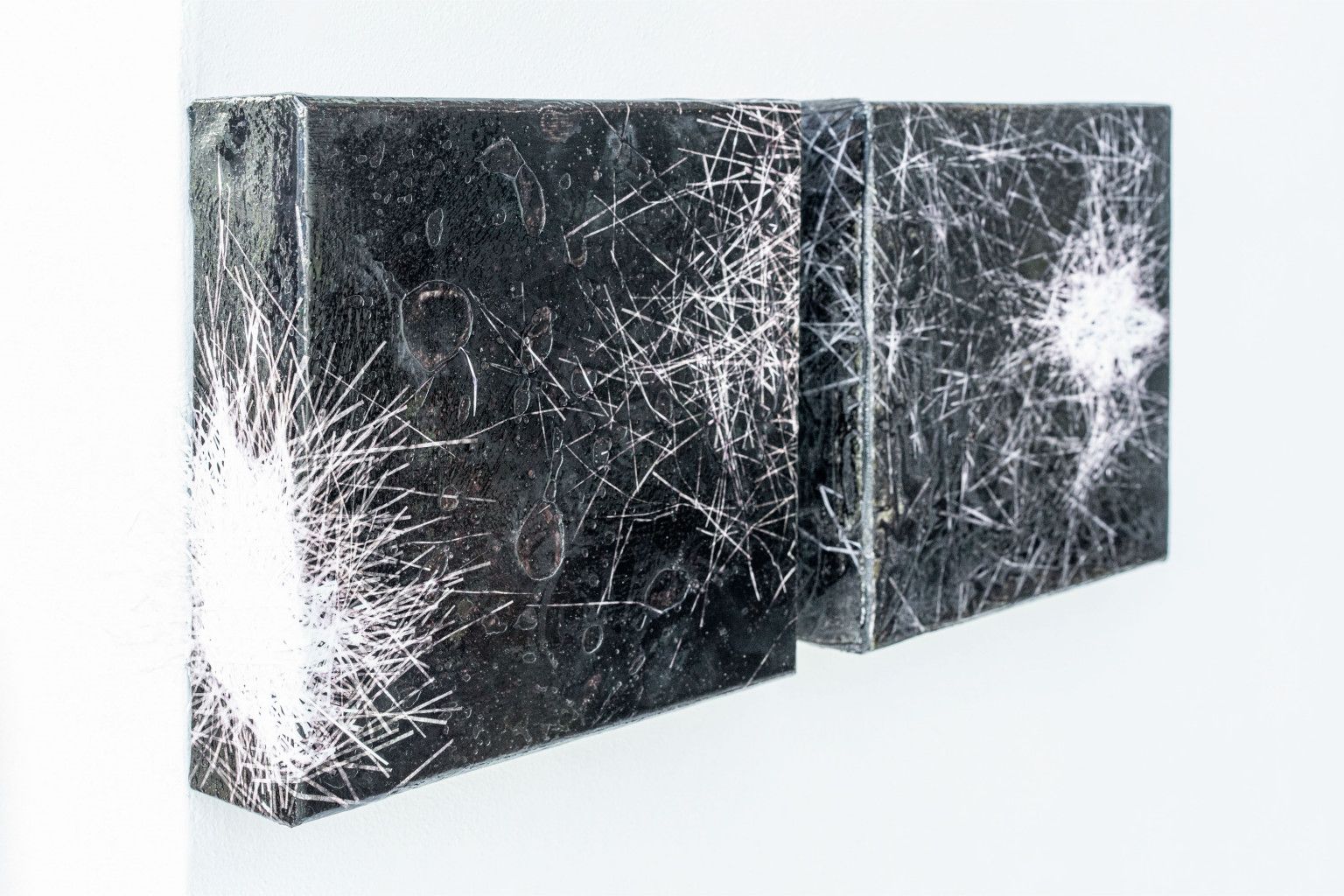 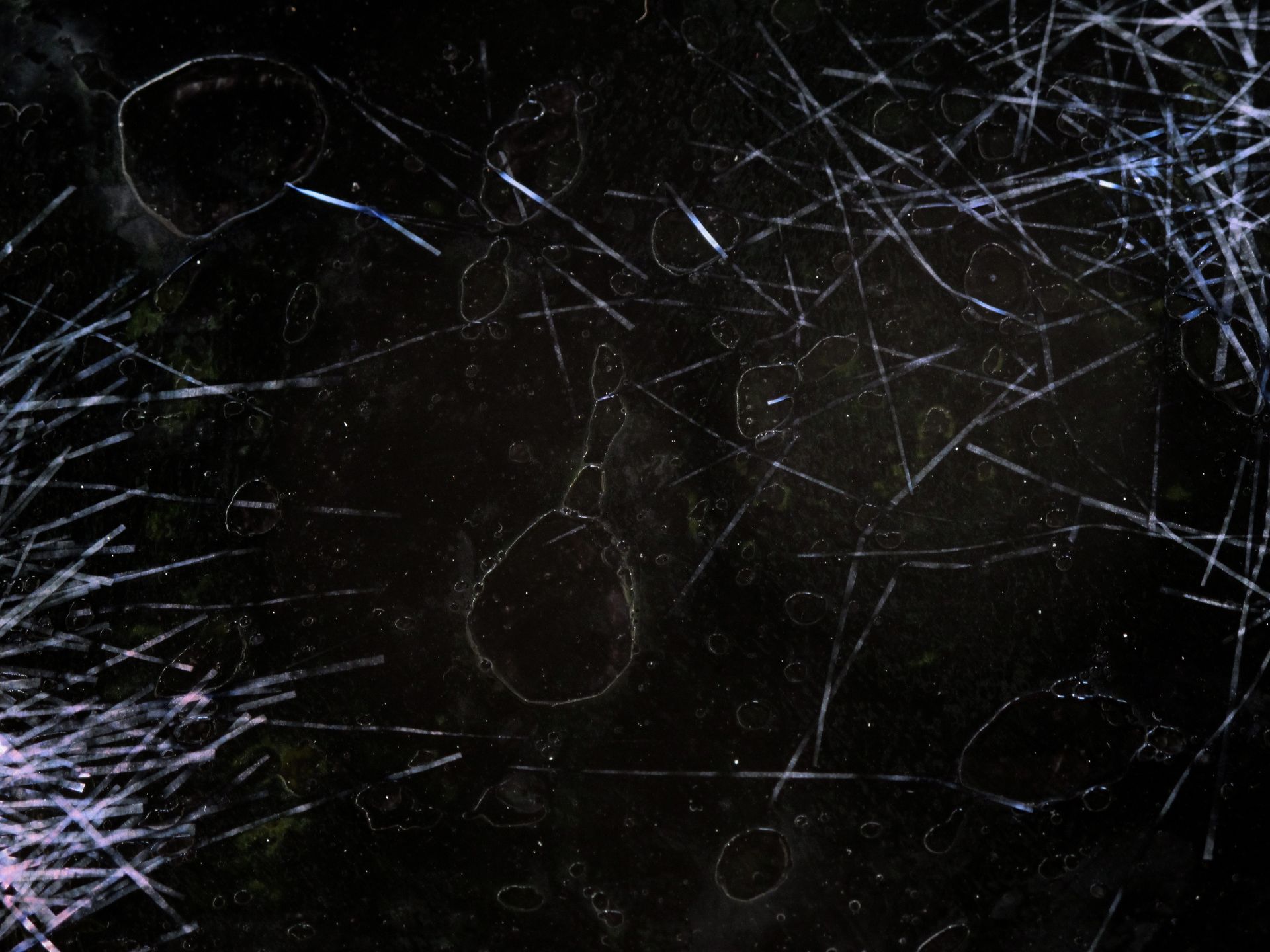 The term cubism was used in 1908 for the first time by a French critique Luis Vauxcelles while describing one of Braque’s paintings when he insulted it by calling it a mixture of ‚bizzare cubiques‘ – or small bizarre cubes. The cycle named Various solutions of the same thing has been in creation since 2017 during winter months when Pavel Skrott cannot work in his atelier and, therefore, he focuses on smaller-scale pieces in his flat. The topic of this series is the finding of the farthest border of a picture. Higher side sides of the frame poke in space and create objects-cubes, and by this, the painter redirects the attention away from perceiving the work as a surface. Using an authorial technique with cigarette paper cut into thin stripes, he blotches out individual colors. He creates abstract structures that allow the creation to expand indefinitely. This expansion is emphasized by a site-specific installation in the exhibition showroom, Aquarium Rhizome, where individual object-cubes organically grow through a column and, thus, break apart the suggested symmetric boundaries of a whole. Consequently, the objects become individual (non)closed universes with their own principles, and they push the painting’s edges a bit further.