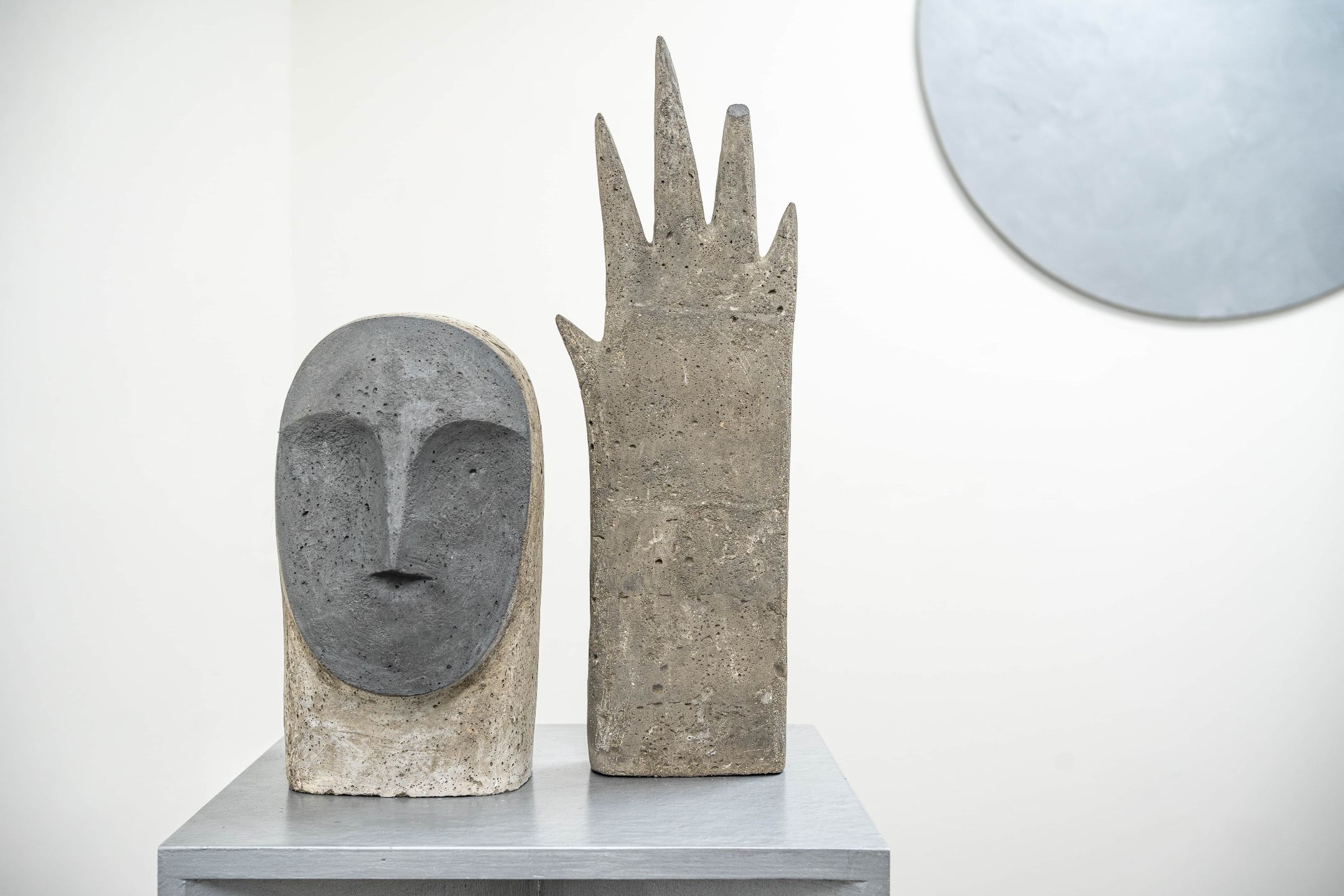 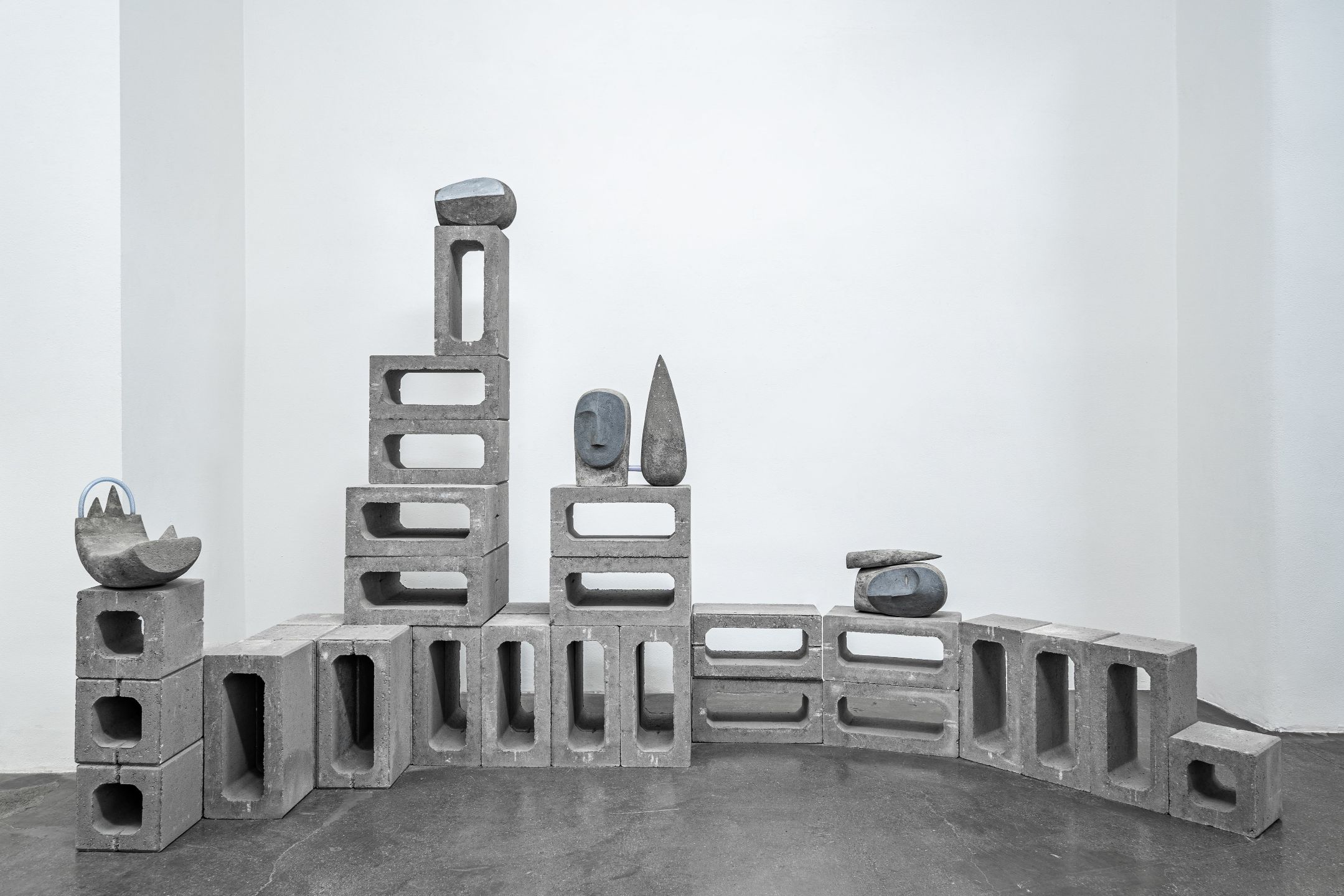 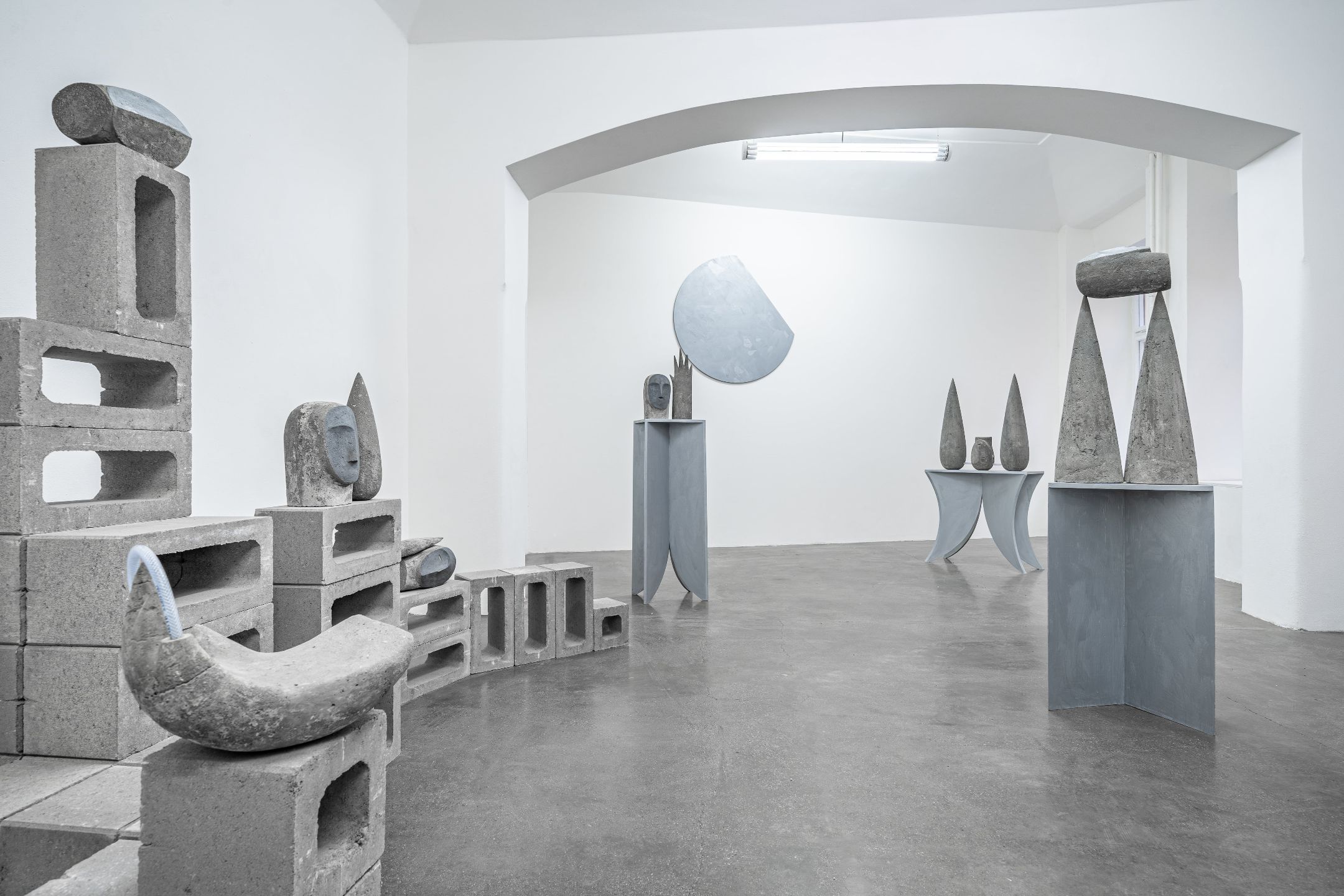 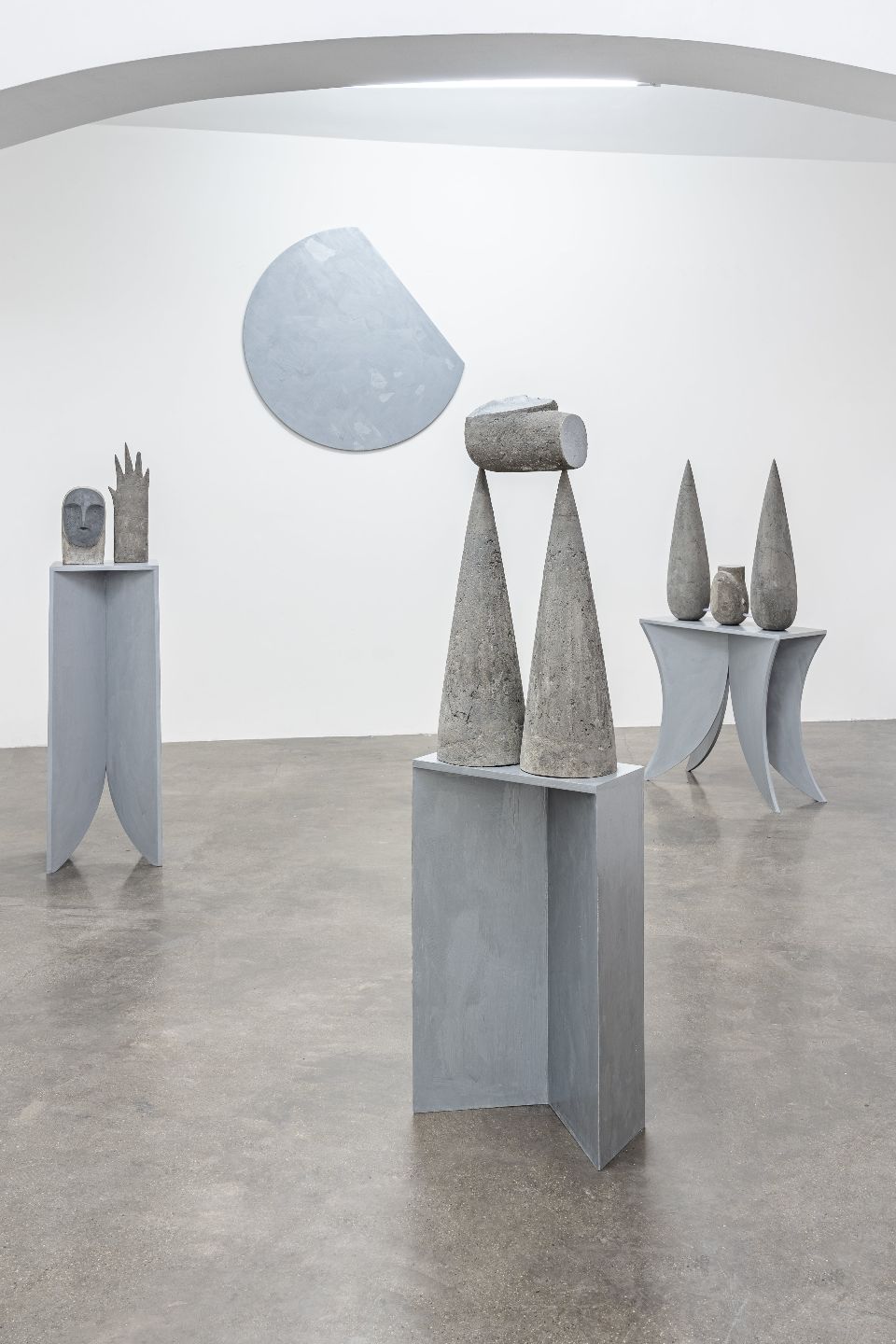 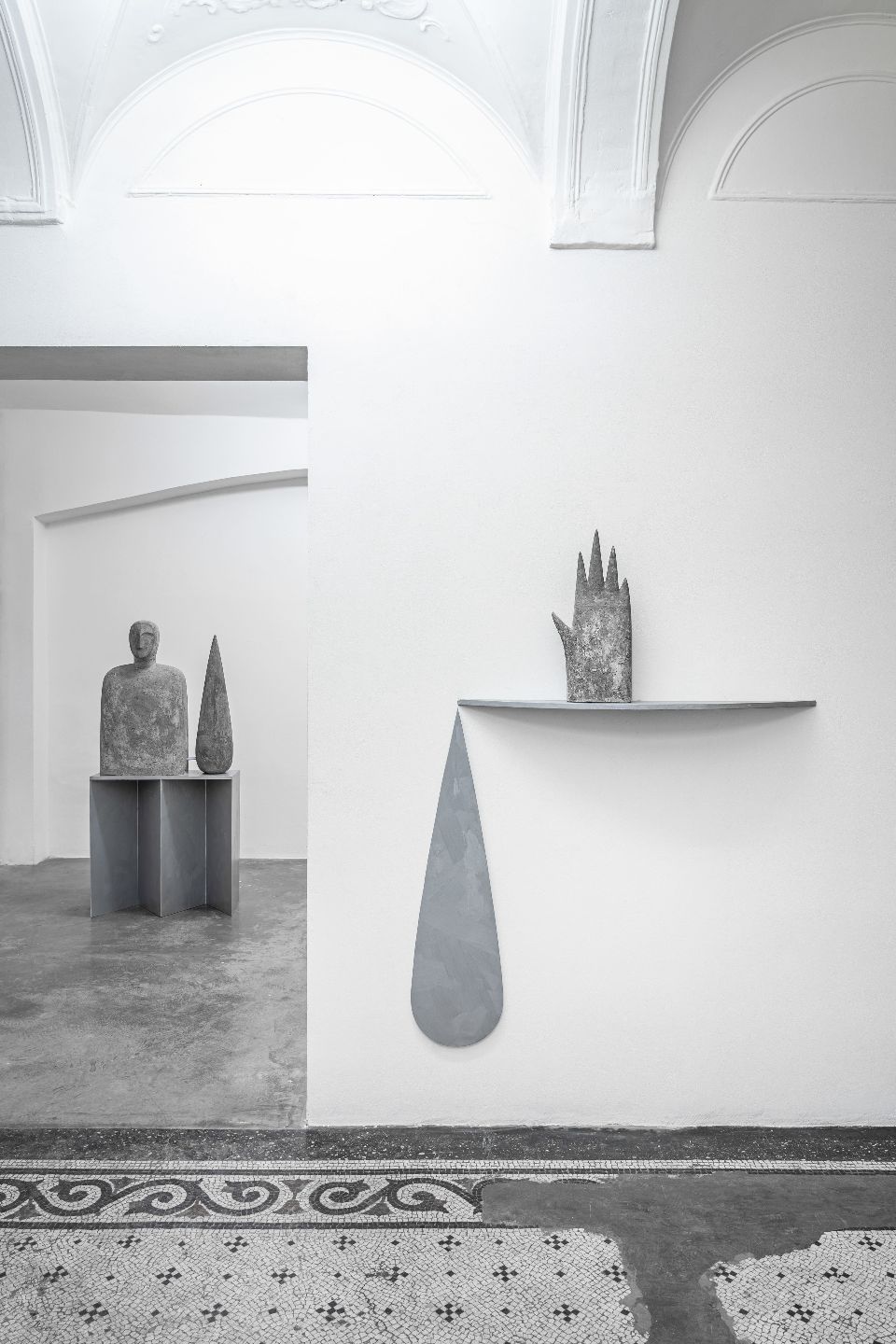 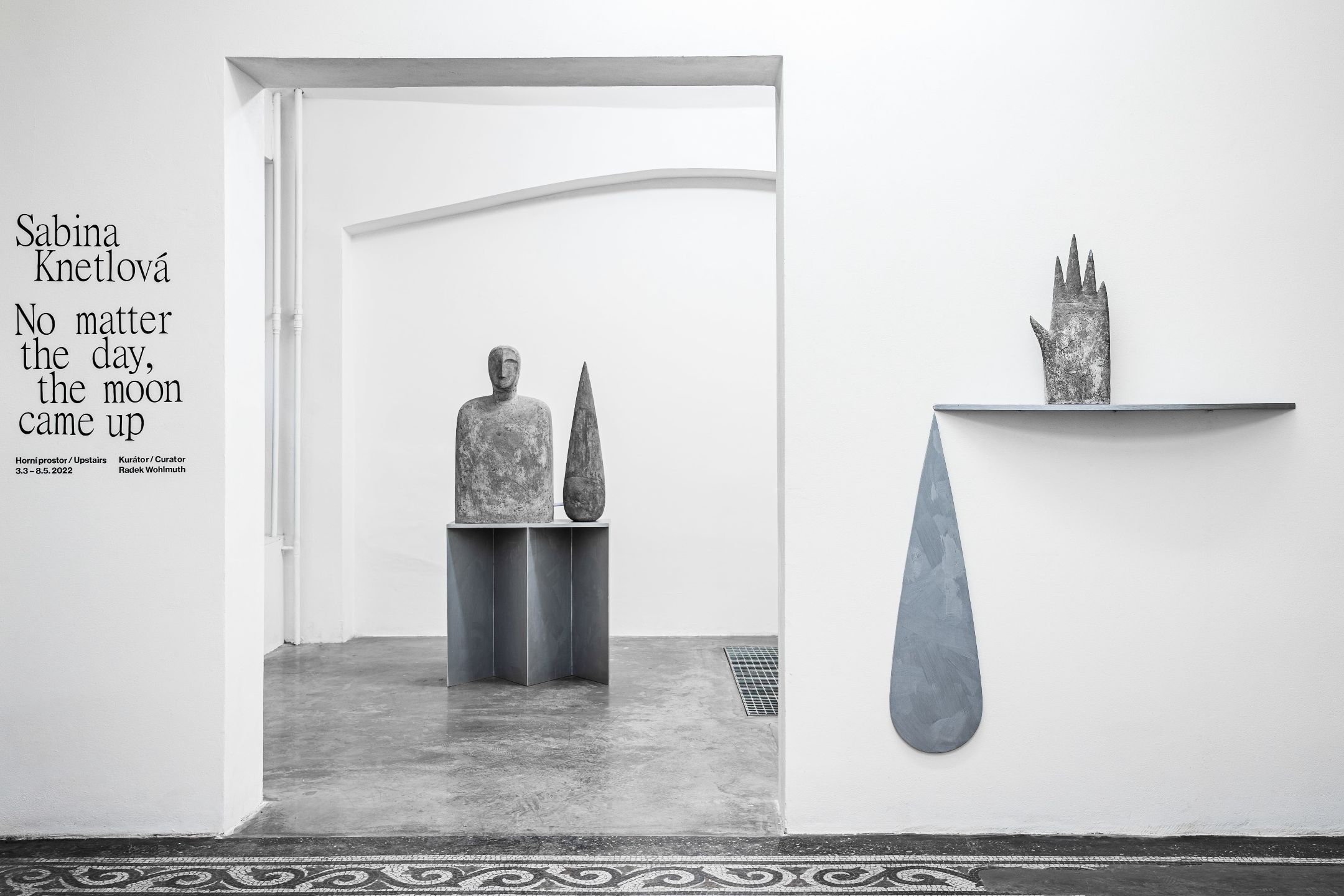 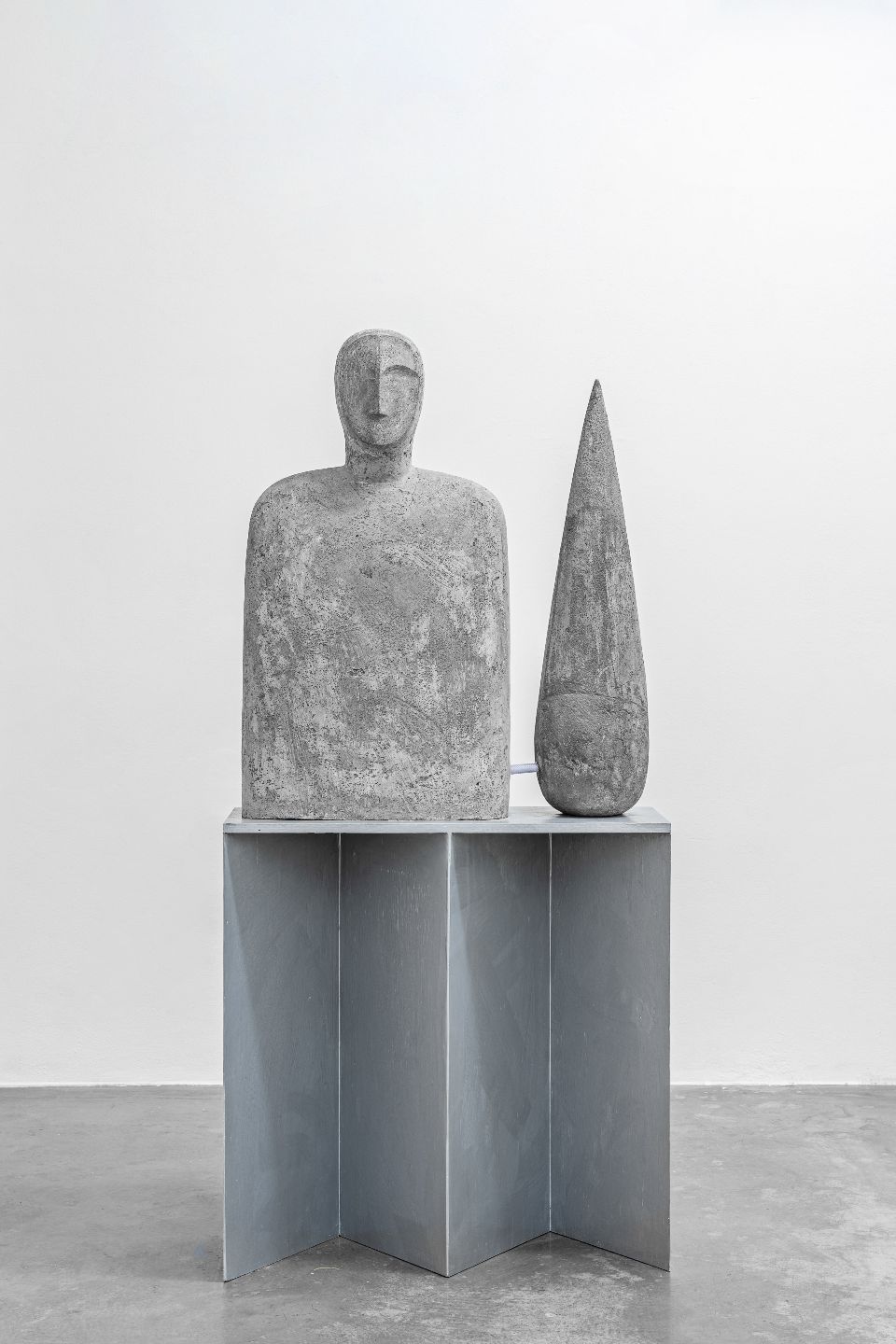 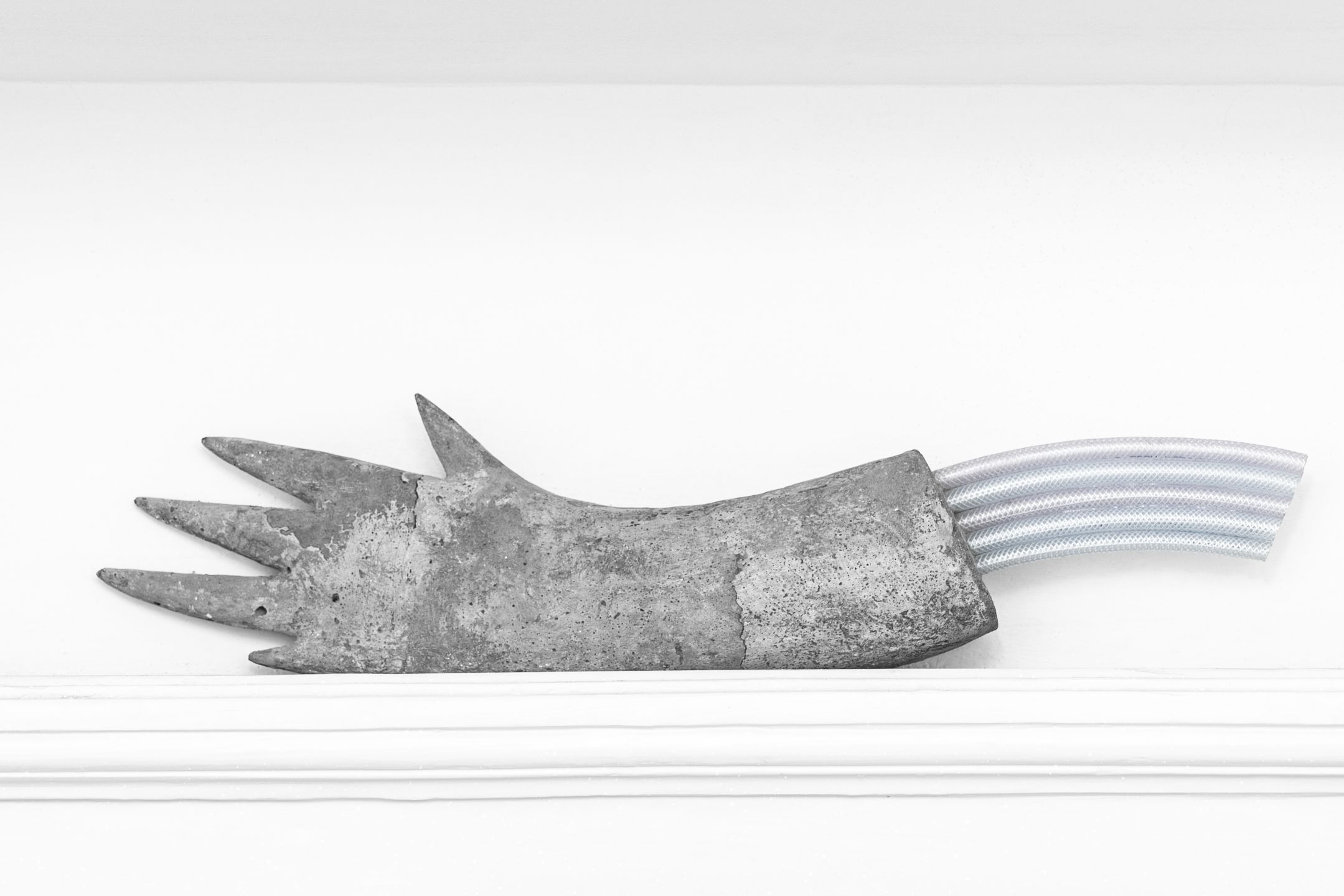 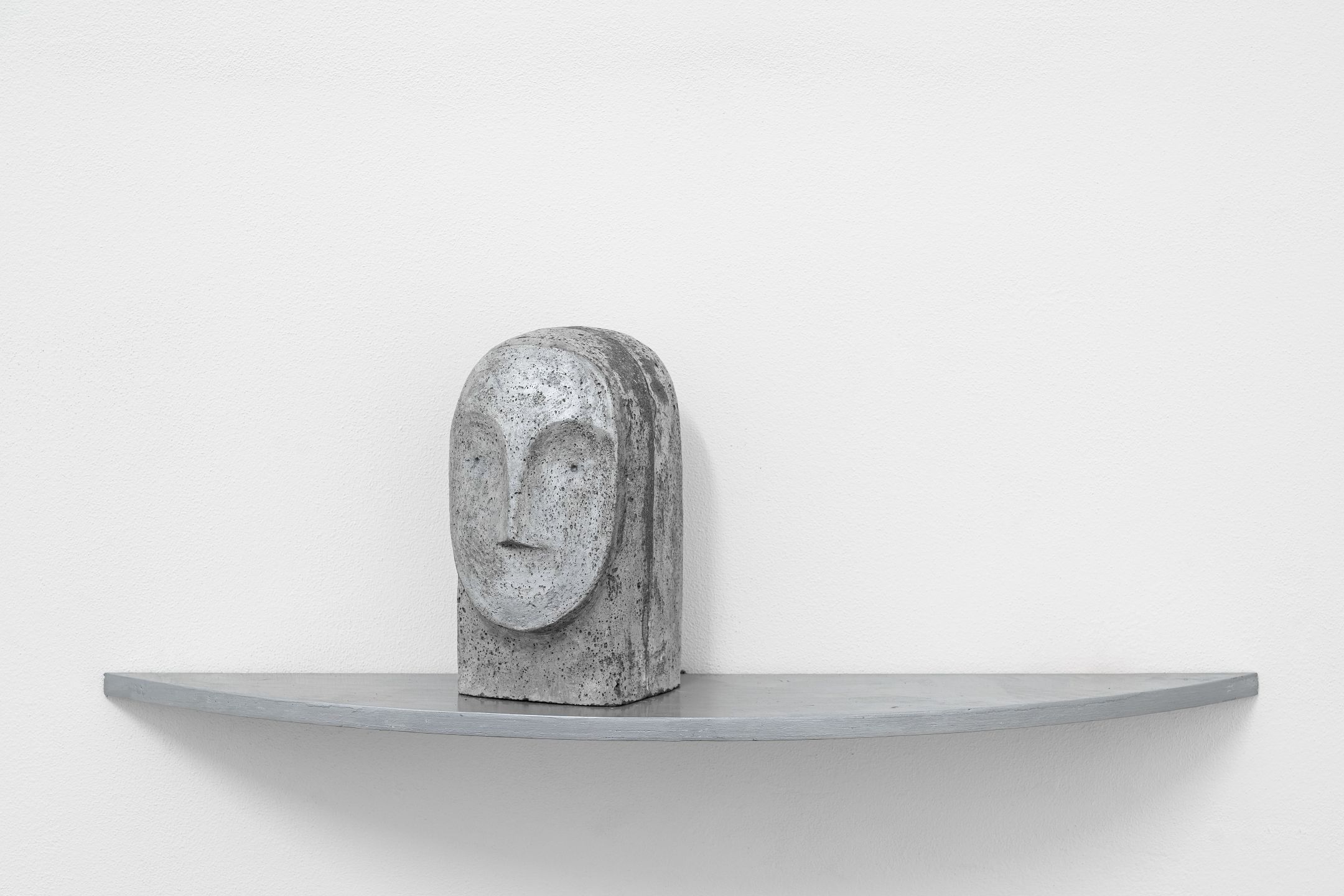 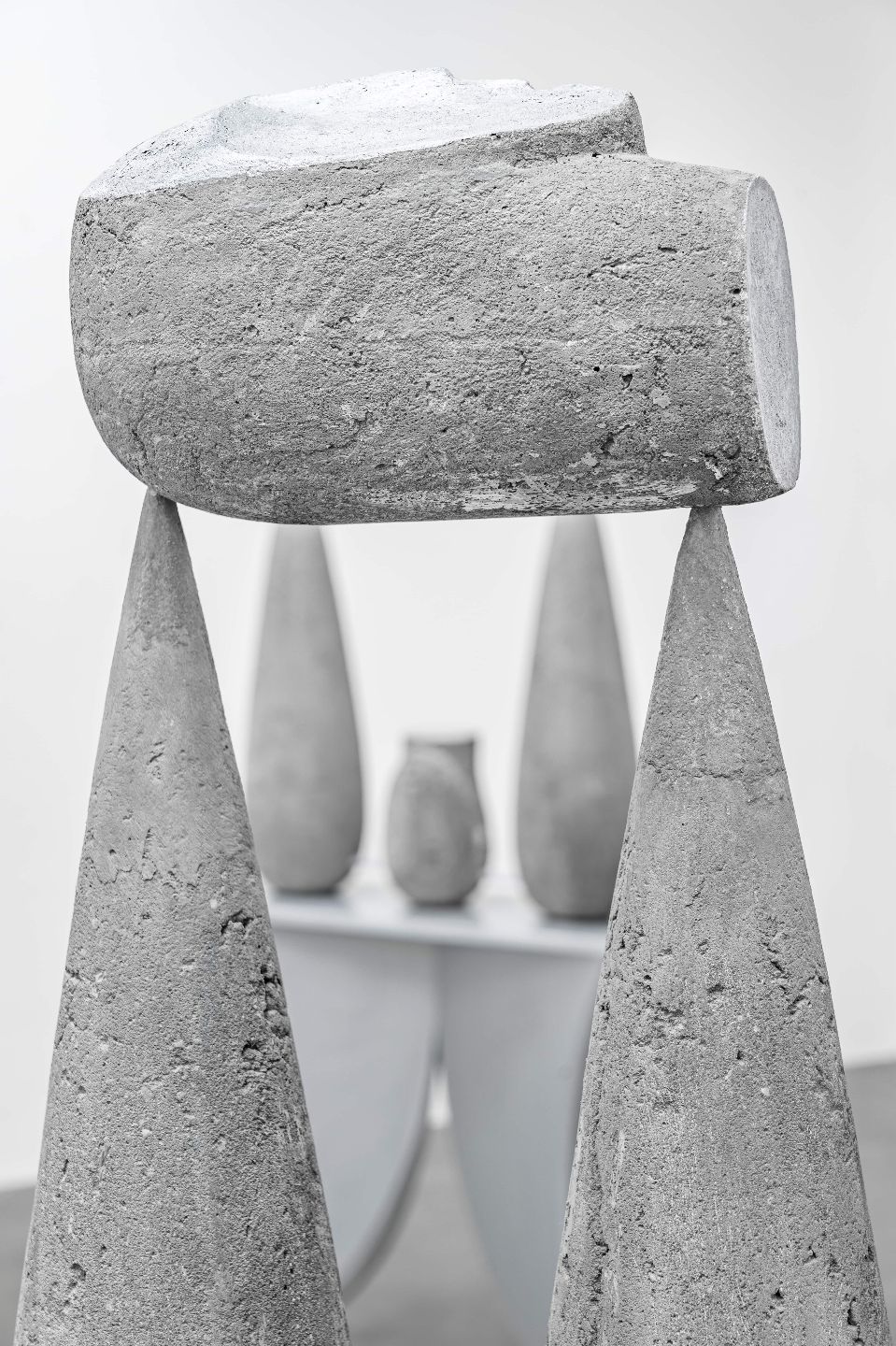 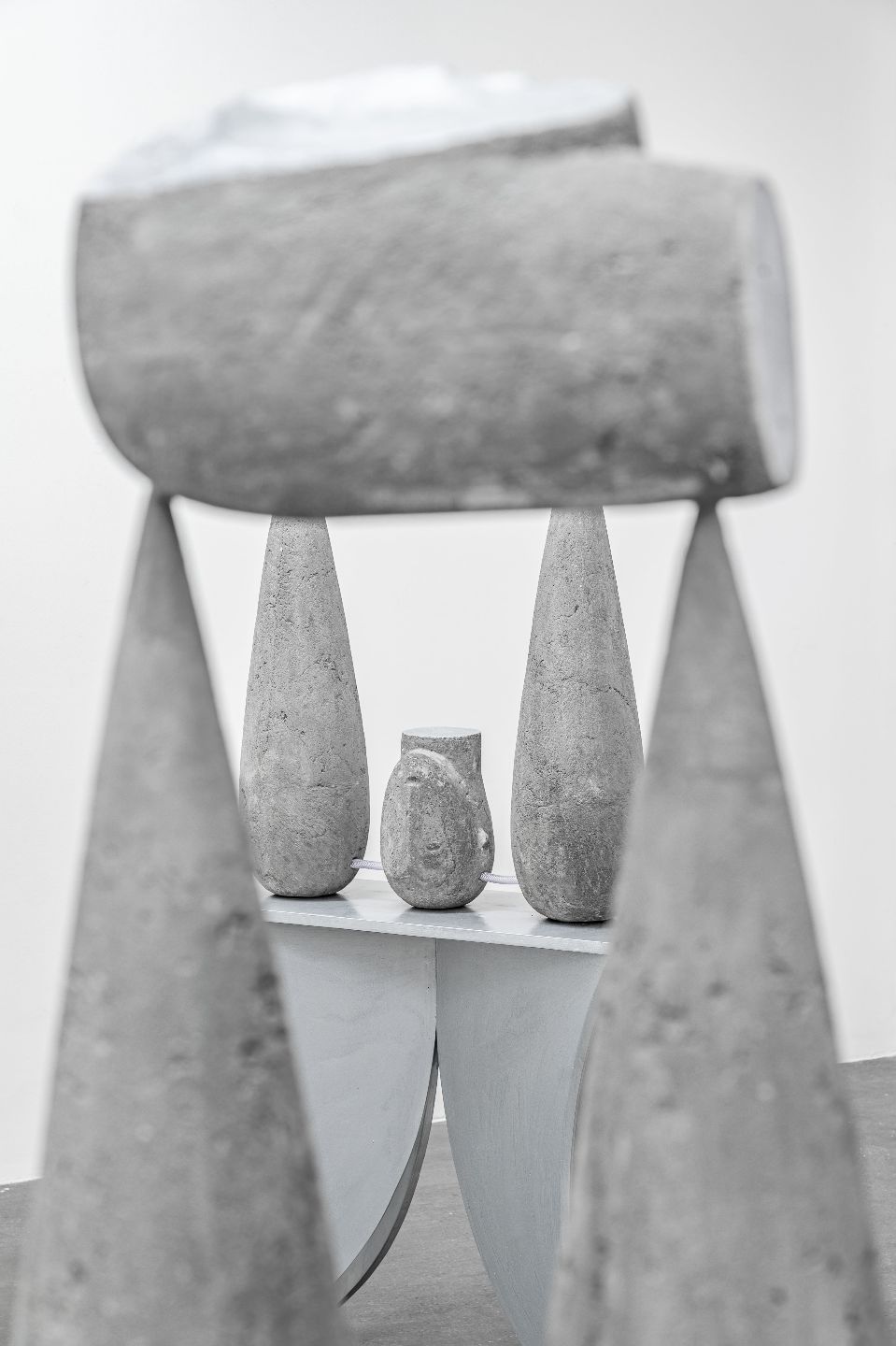 "The moment the moon creeps into the daytime sky, the day becomes a night that is just not visible. Everything is suddenly different. Sometimes a strange dullness takes hold of one and it is easy to lose one's head. But then, reality turns into a dream, a state where anything can happen. Even ordinary things take on a different complexion, logic, sensitivity and meaning. Sabina Knetlová (1996) can perceive such shifts in everyday life, but she can also capture, tie together, and interpret them almost figuratively. It is not by chance that she is perhaps the most outstanding sculptor of the youngest generation at the moment. Her work references different directions, often situated in a strange visual intersection of archetypal idols, Moorean tradition and Japanese anime. In a sense, they also bear the hallmarks of indigenous brutalism that "corresponds to the society of mass production and draws on the intricate and powerful forces of gritty poetry." Likewise, it fulfills the requirement of a memorable image or a clear expression of the material. Her exhibition is as quiet and concrete-pale as the moon, which has long since ceased to mind the light of day. The defragmented figure unfolds throughout the space in smaller sections into details. Together, they form a landscape that is somewhat nocturnal in nature. The first relief imprinted on the figure is like the trace of a fleeting touch that was not intended for other people's eyes. The initially dominant garden hoses slowly fade away. They are turning into functionality. They form short connections that bring the different shapes into an organic system. In their place, color appears, making the sculptures even more sculptural. This time with a light derived from concrete. Nothing but silver and blacksmith black. The drops are genderless messengers from the sky. They are a source, but guardians with which it is not entirely clear whether they protect, imprison or, depending on the situation, do both. Occasionally, a relic or an altar is plucked from the composition. "

Sabina Knetlová (* 1996) born in Jaroměř, lives and works in Ostrava. Although she graduated only a year ago from the Sculpture Studio at the Faculty of Arts of the University of Ostrava, her work has been exhibited in the Giudecca Art District, Venice, and the Czech Centre in Brussels. Her sculptural work is formally defined by working with concrete and supplied material. In this approach, she creates a consistent body of work, within which the themes relate to personal views of her surroundings and her grasp of them.