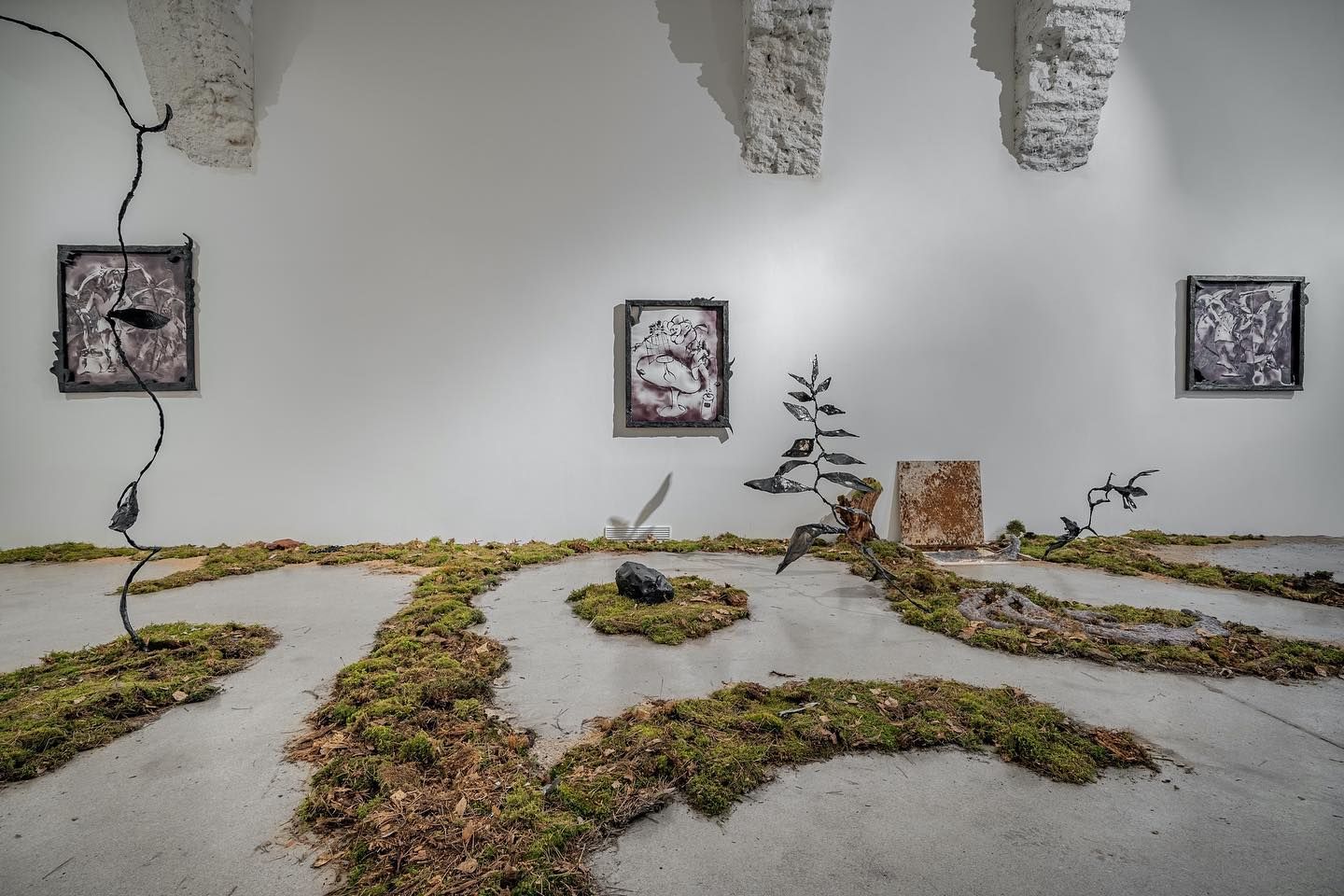 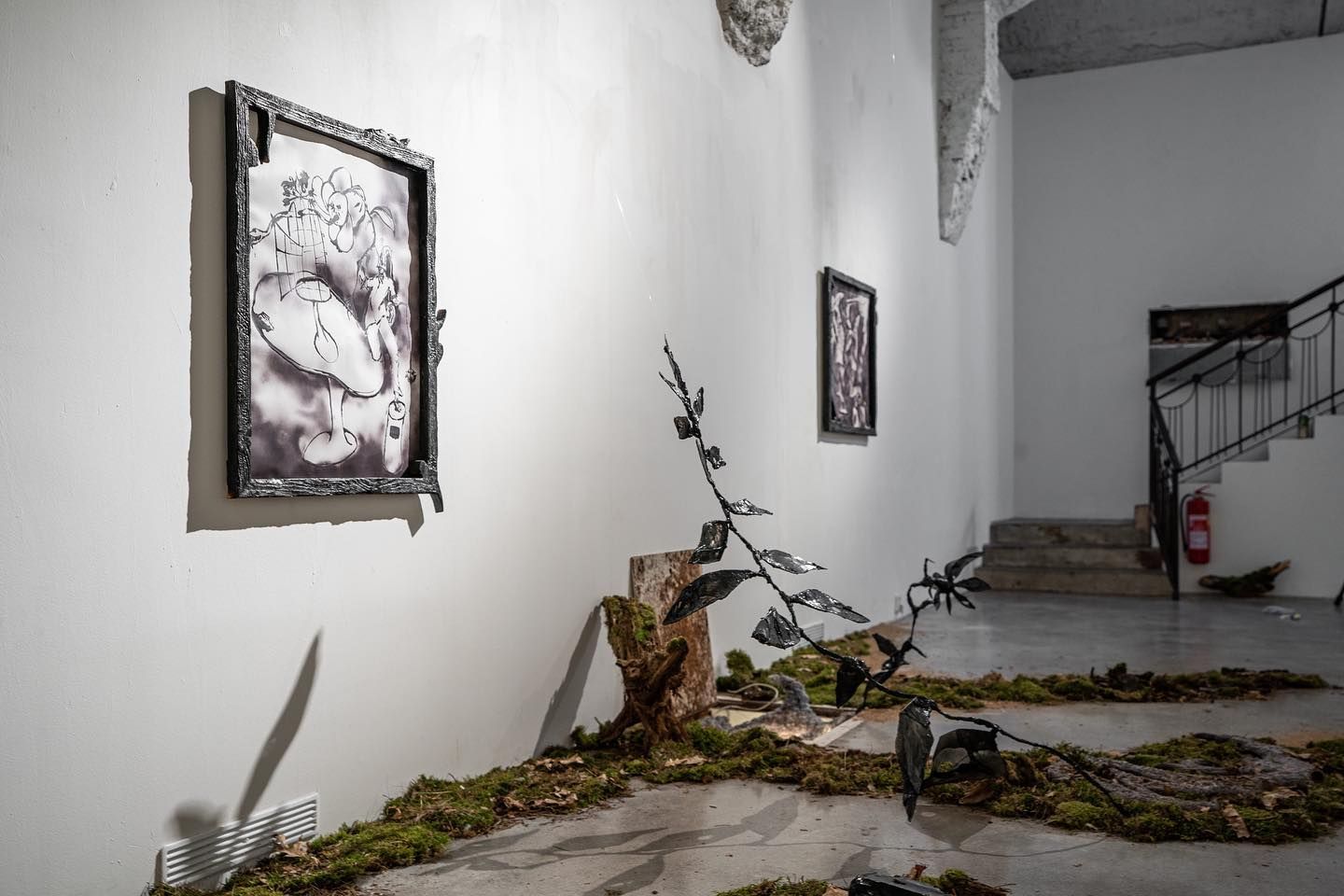 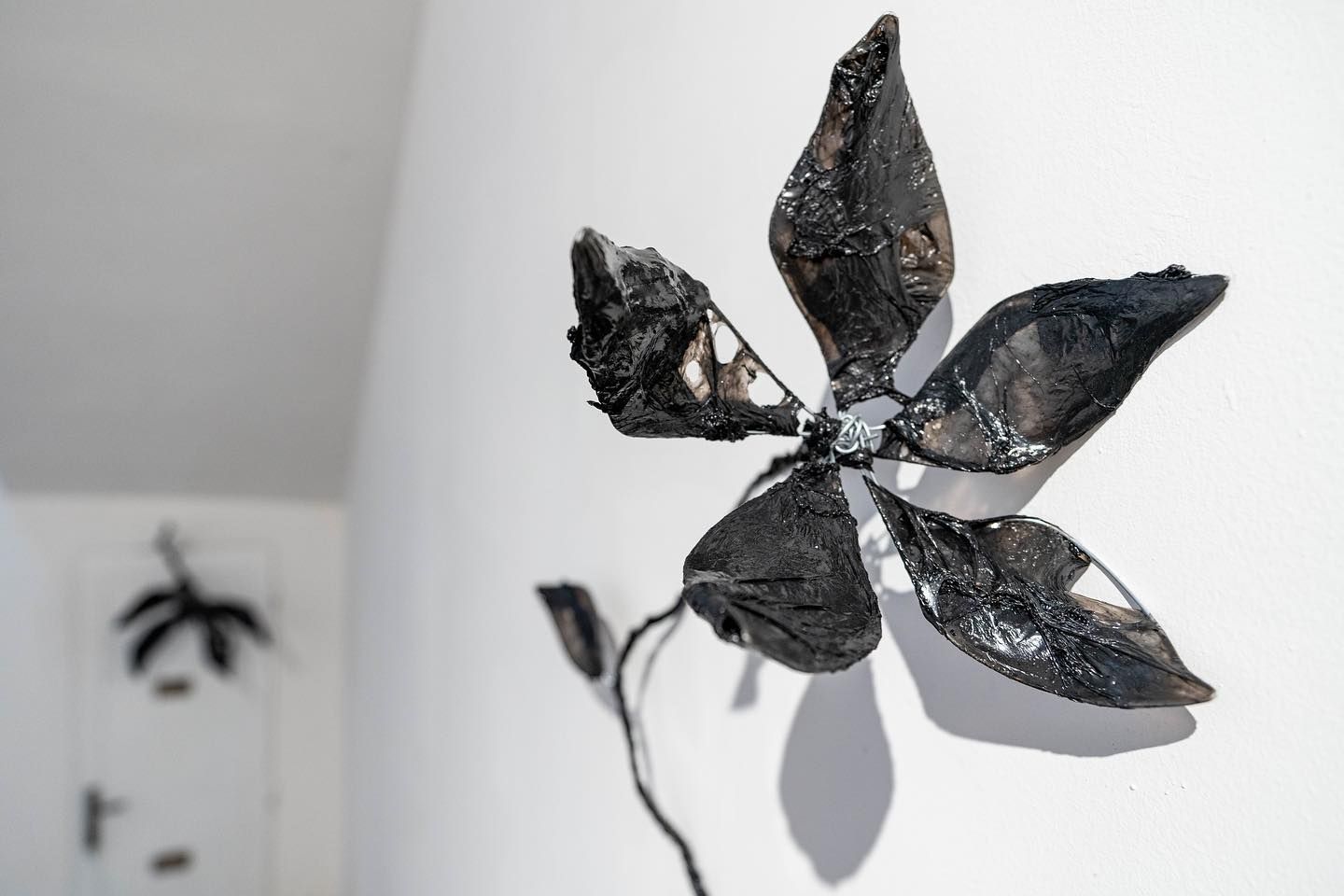 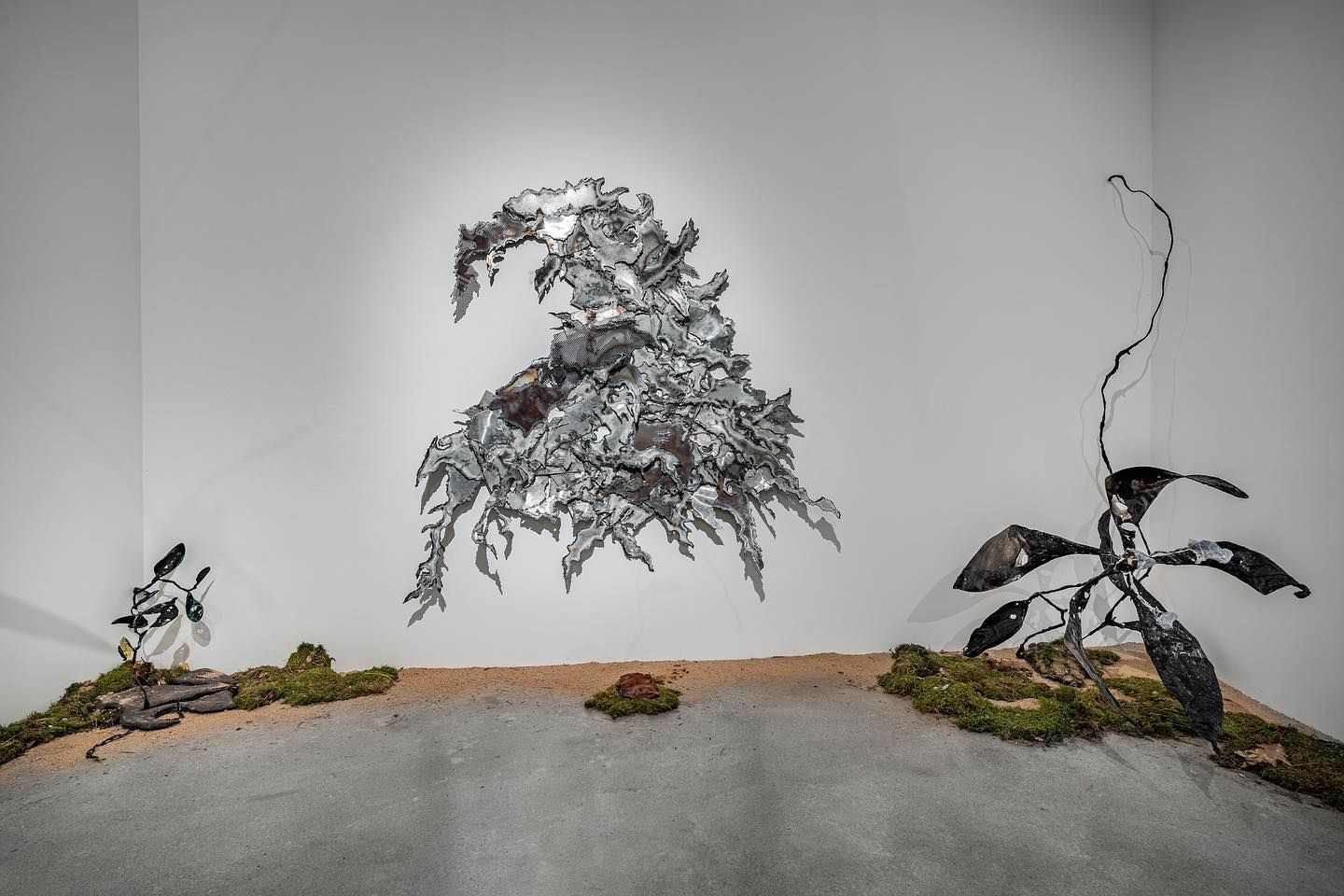 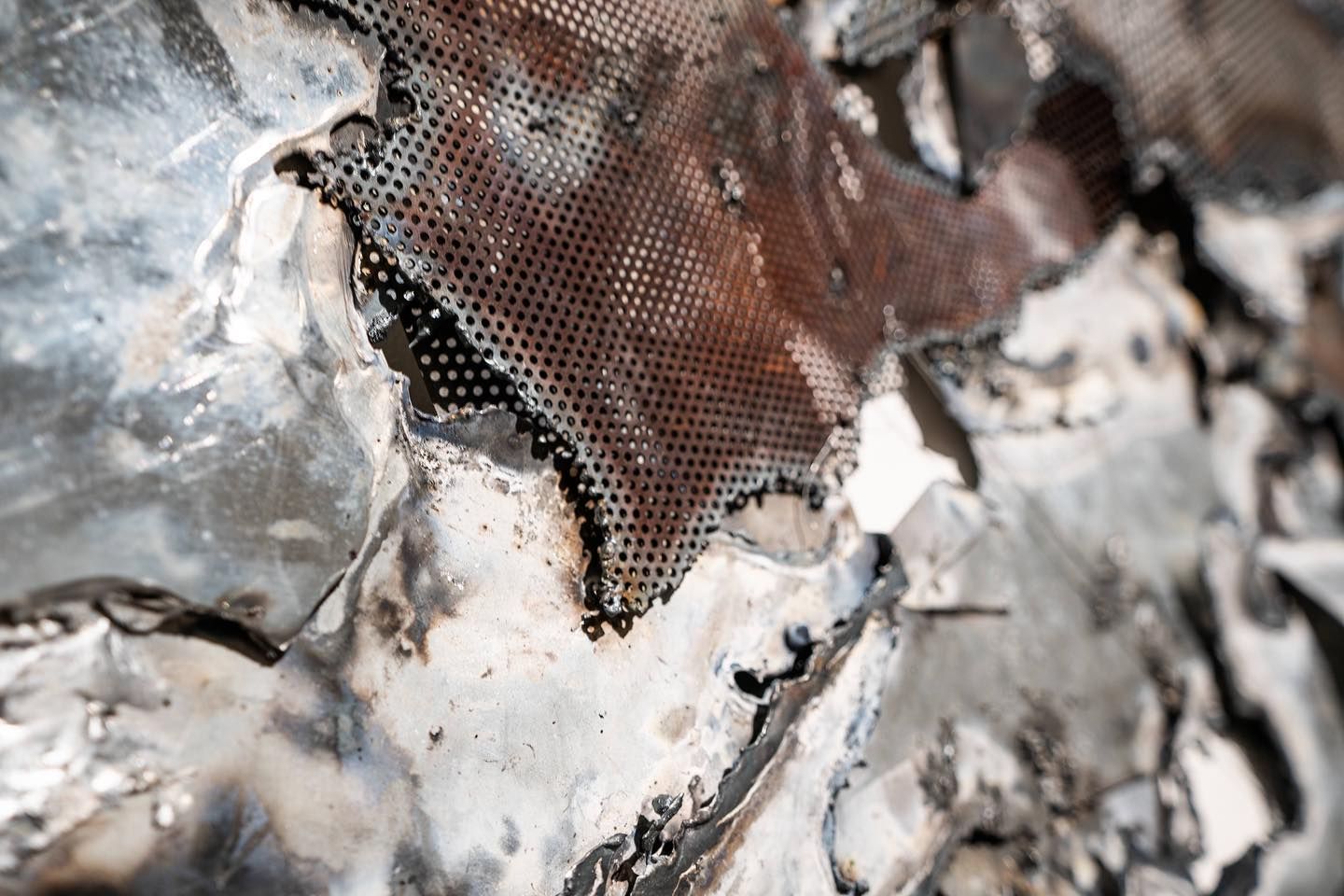 „Violence is the last refuge of the incapable“ - Isaac Asimov

Like every morning, you stand in front of the mirror... but today you don't look at yourself. A slightly blurred, somehow familiar, yet different landscape opens up to you. What is the mirror trying to reveal to you? The more closely you look, you recognize the movements you know from the calm surface of the lake on the otherwise perfectly straight, solid sheet of glass. You carefully try to touch the liquid surface... "is it just me?"

Through some sort of space-time corridor, you are drawn in. You feel extremely hot, and you slowly recover and focus your gaze. What you see looks real, but you don't want to believe it. A bare plain that is infrequently dotted with peculiar plants. It's vast throughout, lined with fires and the ruins of medieval walls. You can't see the sky through the smoke. As you explore the surroundings, you see an odd figure walking cautiously. You run after it. "Is he a clown? Why does he have a sword and shield?! That doesn't make sense." You get closer and the clown already is aware of you too. He's stopped to drink.

Along the way, the clown tells you how his daily work has become mainly a struggle for survival. After the Emperor conquered the entire Earth bit by bit, except for the last few resistance territories, everything lost its meaning. The landscape has been plundered, leaving only a few mutating organisms that vaguely resemble plants. Clean water is rare. He says he quenches his thirst most of the time with his own tears. The work exists only out of necessity/under duress, for his own well-being and comfort, and that of his closest supporters. Those who don't have to work for him can only come out on the day of his empire's celebration. If you break the rule, certain death awaits you. Secret mercenaries are everywhere, but they're hard to spot. The loss of everyday habits has turned human identities into hybrids, combining several identities in one person. You're lucky, even such a buffoon may in fact be just another scumbag who's out to set you up for his own gain and reward.

When you arrive at the meeting point, among the rocky ruins, there is already a group of others who, like the clown, are secretly rebelling against the system. They all look like strange fairy-tale creatures from the past... questions flash through your mind: "Where am I? Am I in the past? In the future? Is this just a dream or is it really happening?" From the encounter, you slowly begin to understand that these individuals have decided to build a community based on togetherness and mutual aid. "We are trying to create a structure with which we can overcome the boundaries of the labyrinth and find a way out of it, into a kinder world," the Wizard explains to you.

"Out of the labyrinth?" You wonder. "Yes, the fires, the walls, it's all there to keep us trapped in an empire-controlled trap. We must do nothing but listen to Imperial propaganda. The lucky ones are allowed to work for the Emperor. But where that is, the rest of us have no idea. Any slightest disobedience is severely punished. It is taboo to thirst for knowledge. But we throw off the chains of fear and meet in secret, passing on texts that help us slowly formulate a kinder world. We trust that the knowledge we gain will guide us like Ariadne's thread through the labyrinth to a hitherto hidden passage to another, hopefully, more empathetic and mutually supportive society. We are not sure, but what is more important is to embark on this journey of search. We must stand together, and support each other, as nature has always done. It won't be easy, we know that... would you still like to help us in our search?"

Before you can say anything, a group of mercenaries runs out from behind the rocks. They all scatter. Some end up as food for the cold steel of the swords. You run as fast as you can. After a while, you stop because you can't go any further. The smog won't let you. You realize you're all alone again. But now you know what to do.