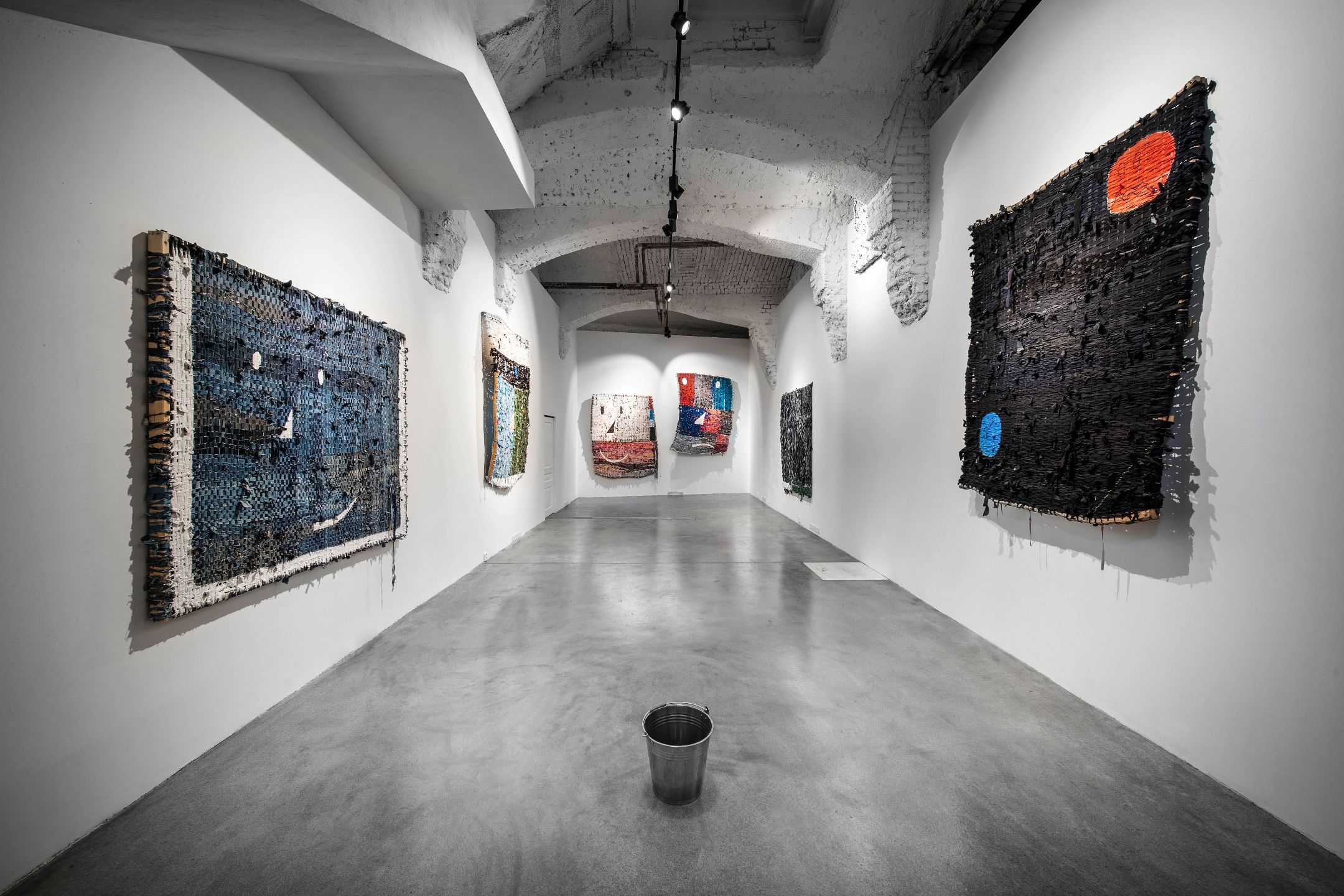 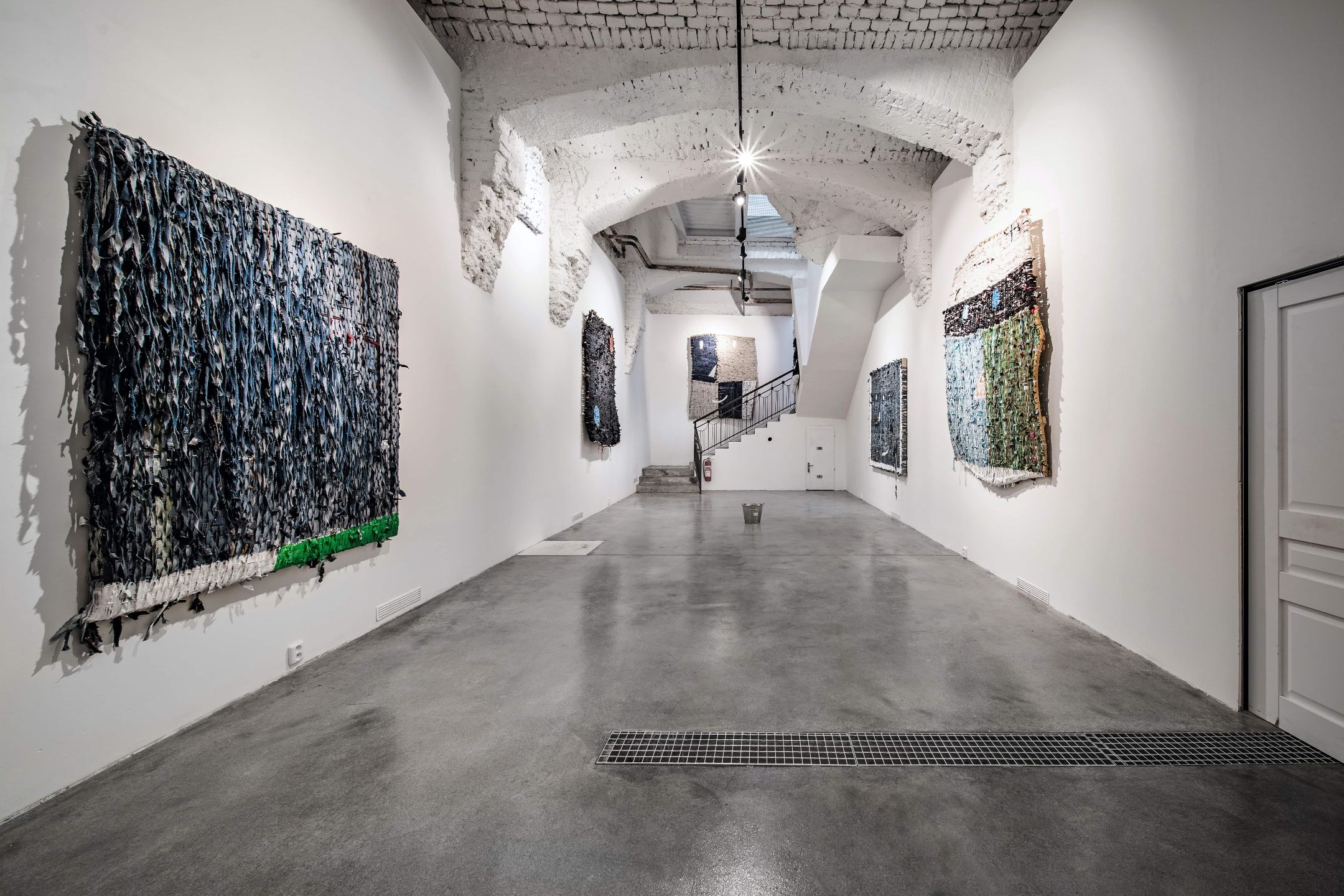 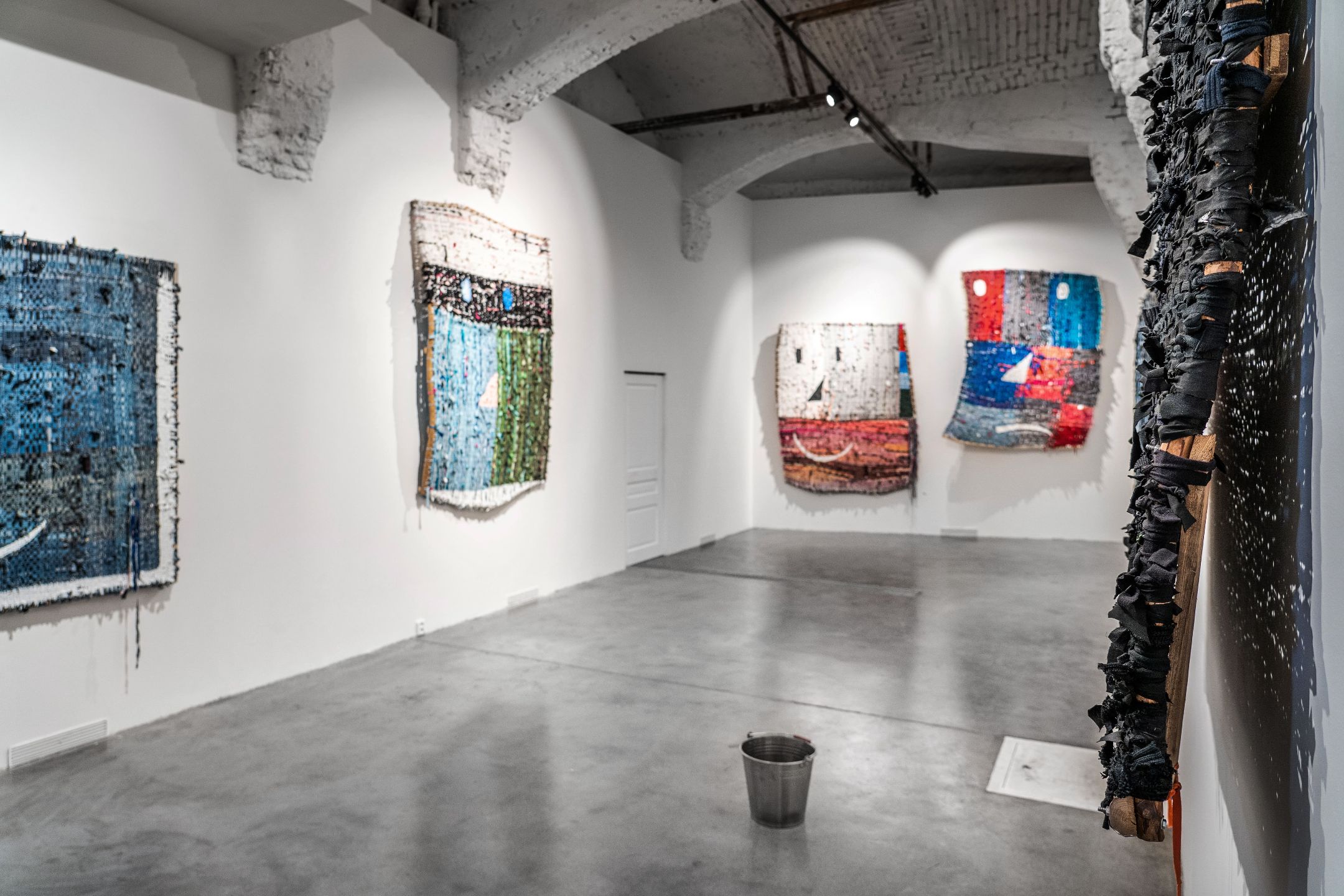 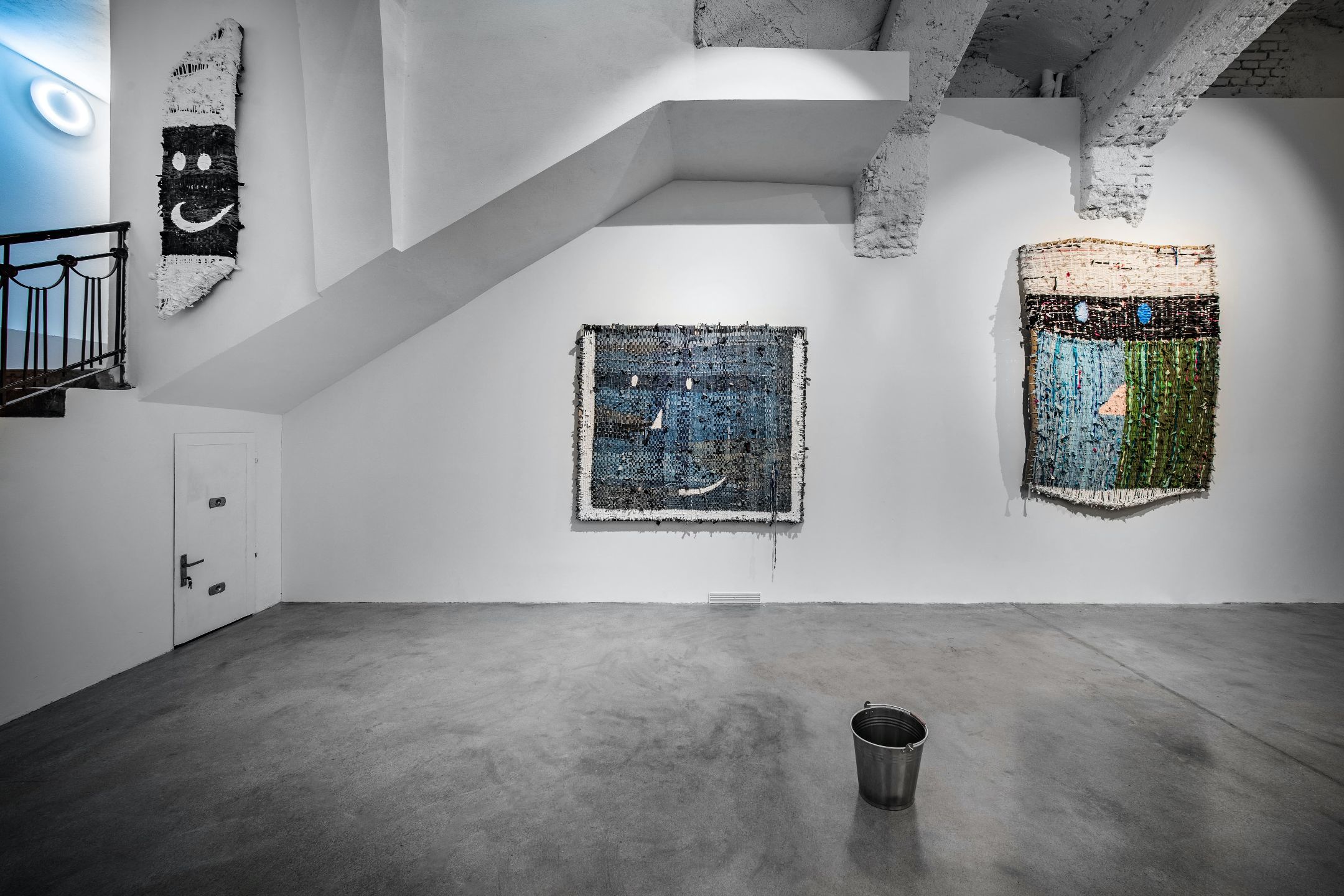 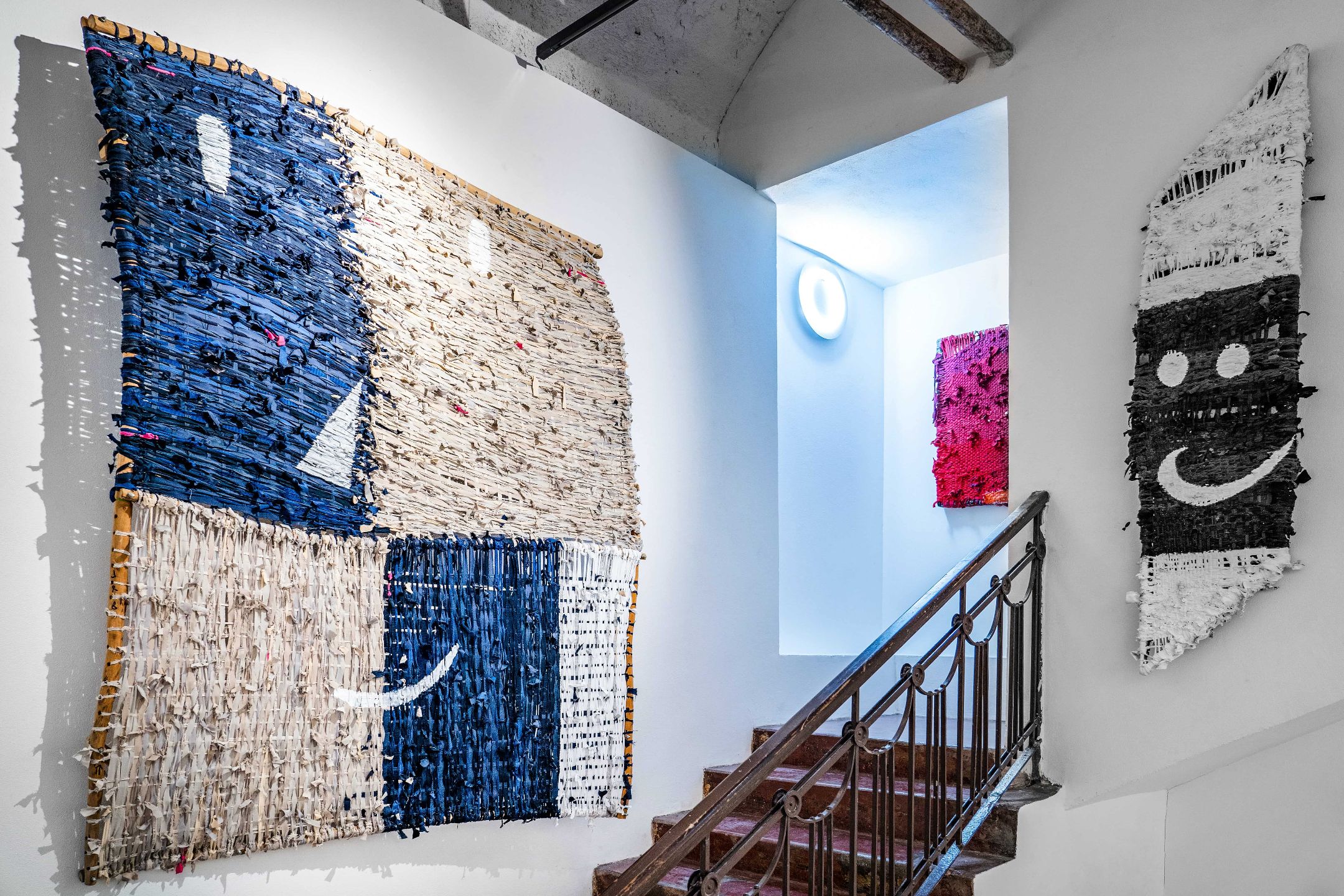 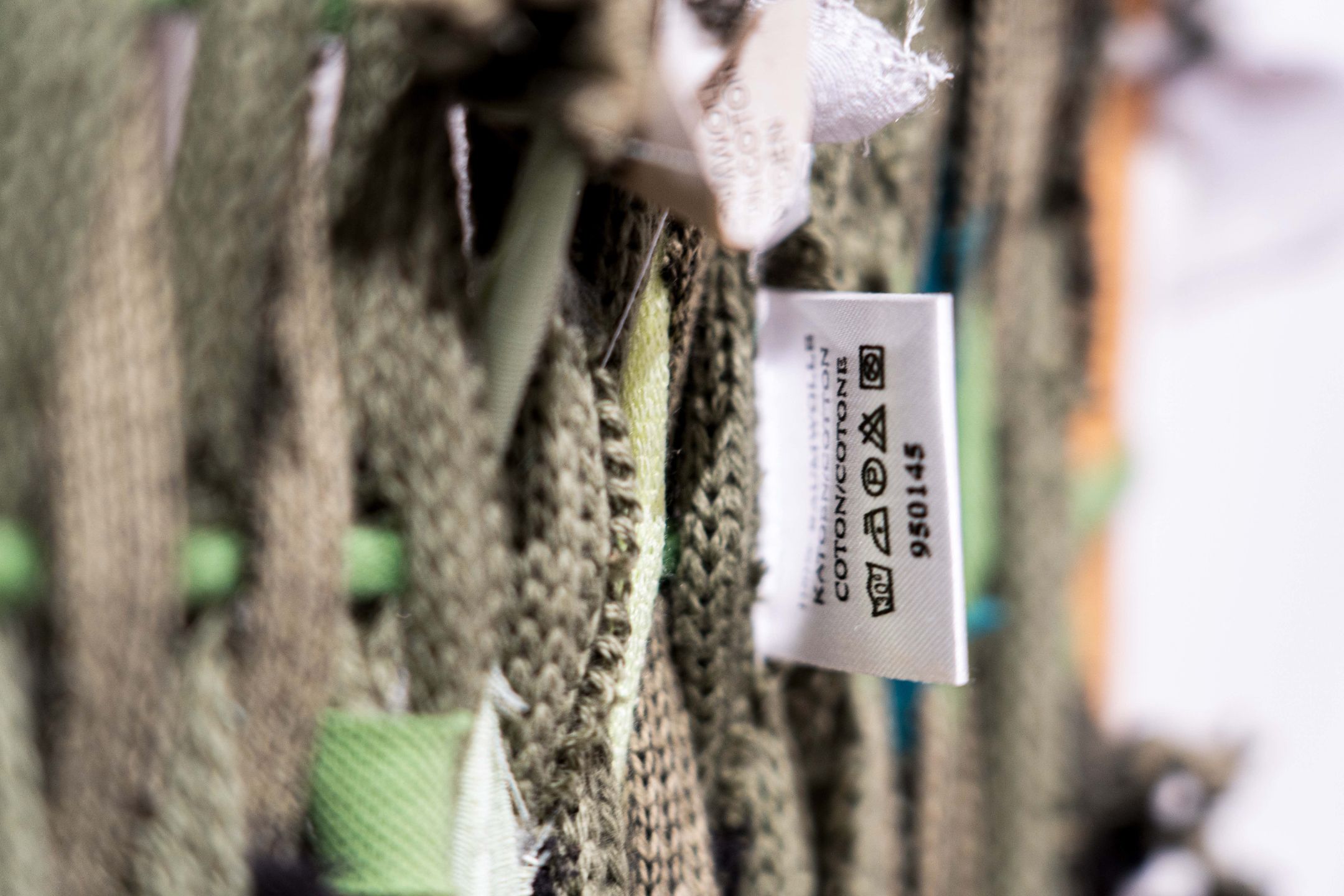 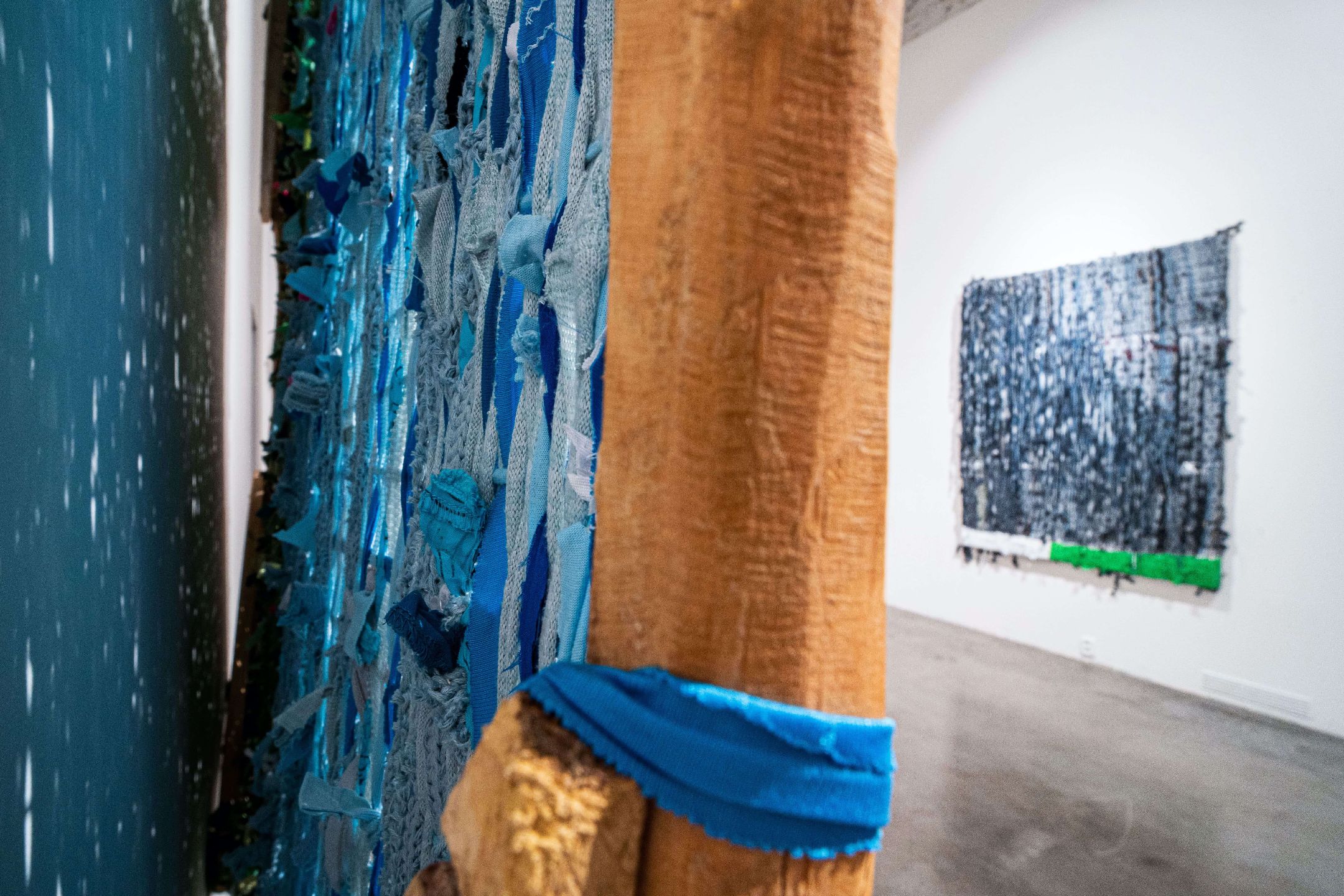 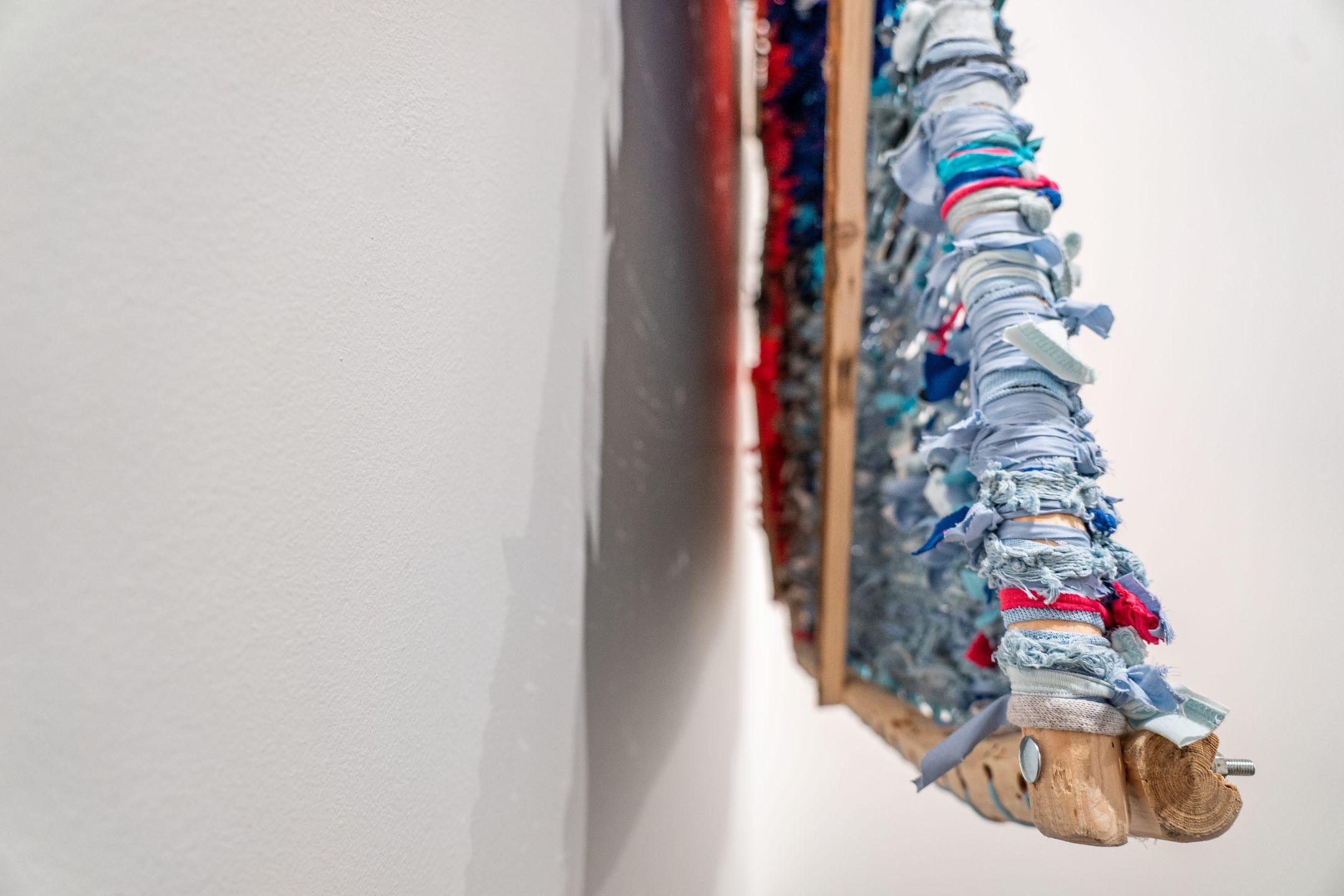 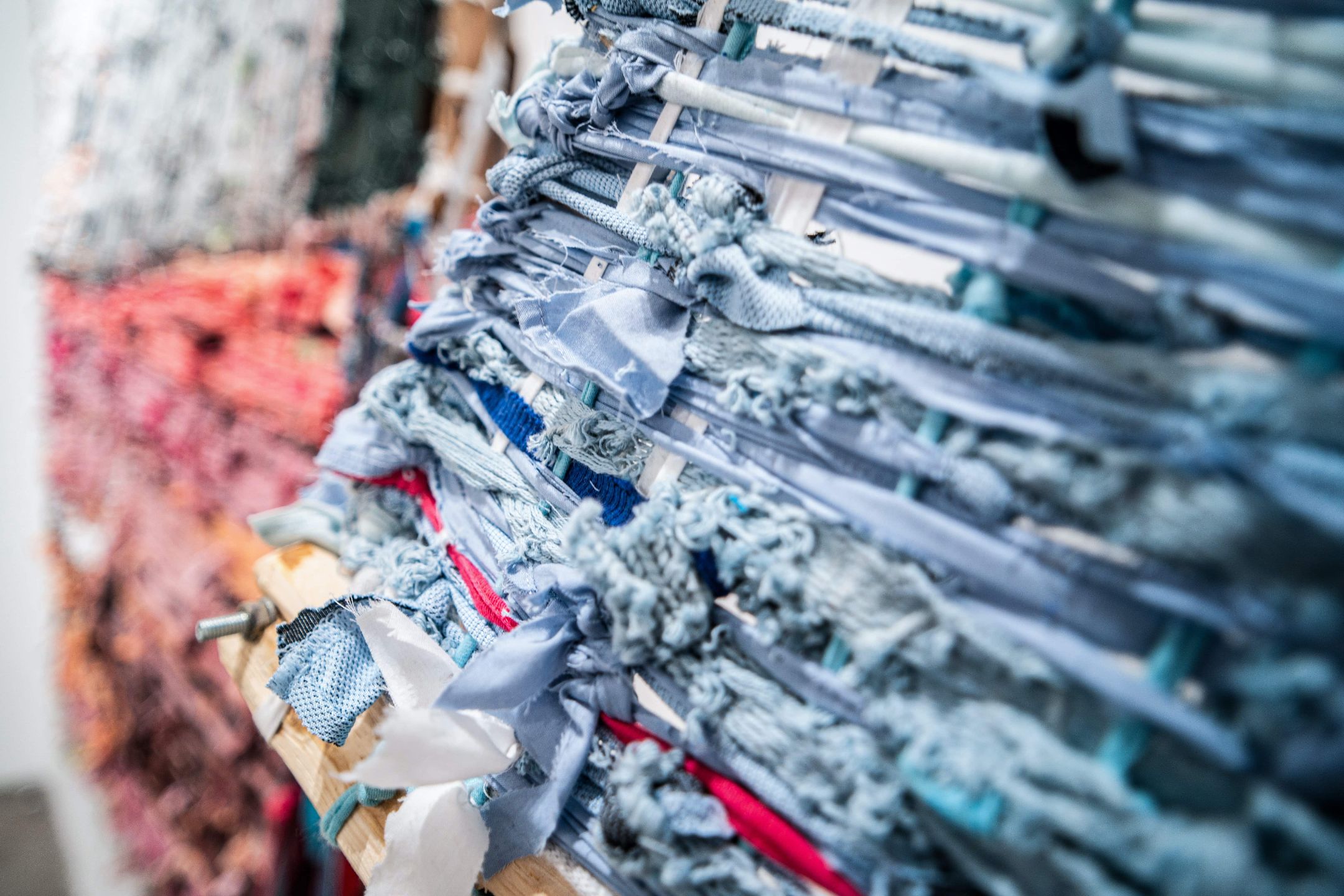 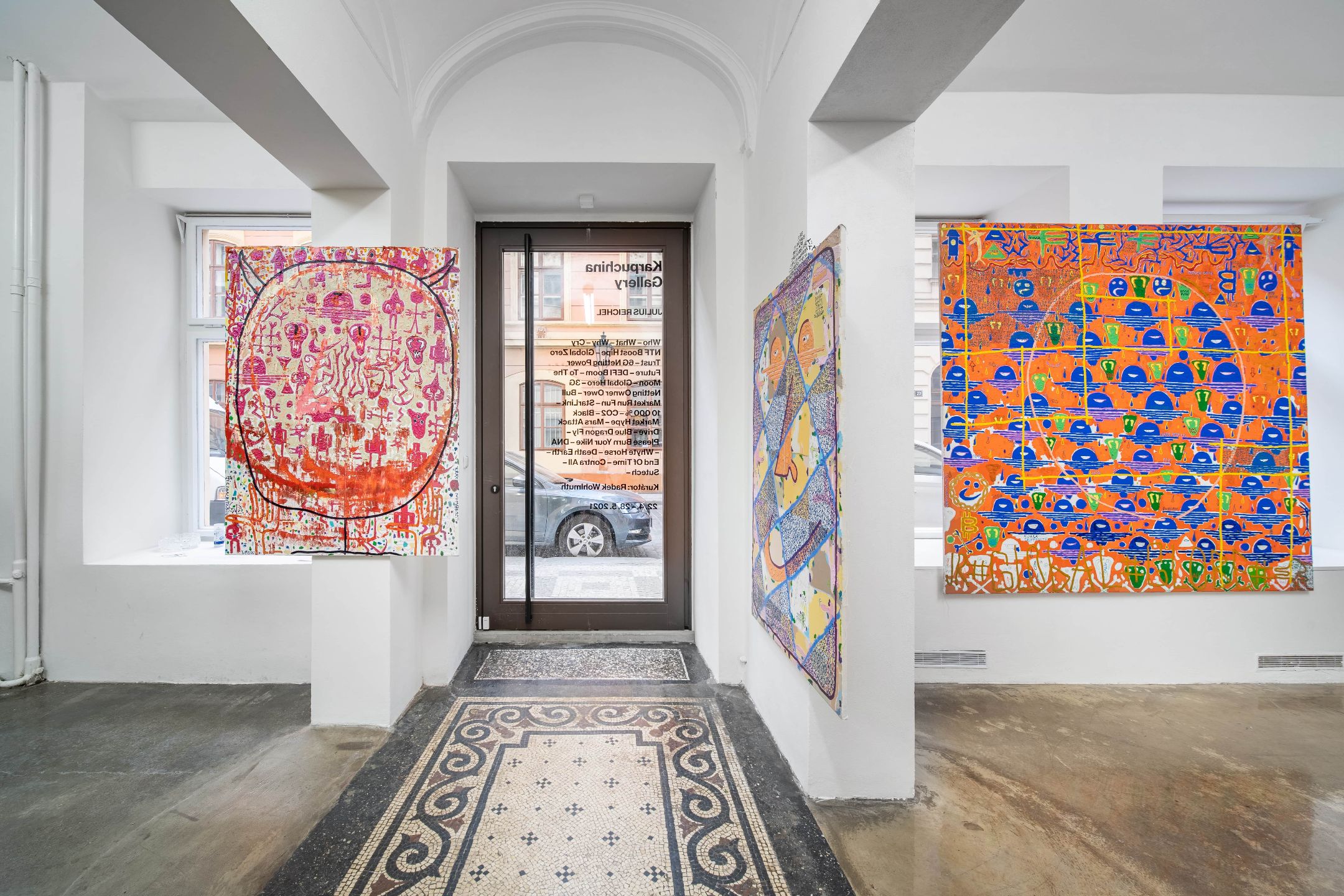 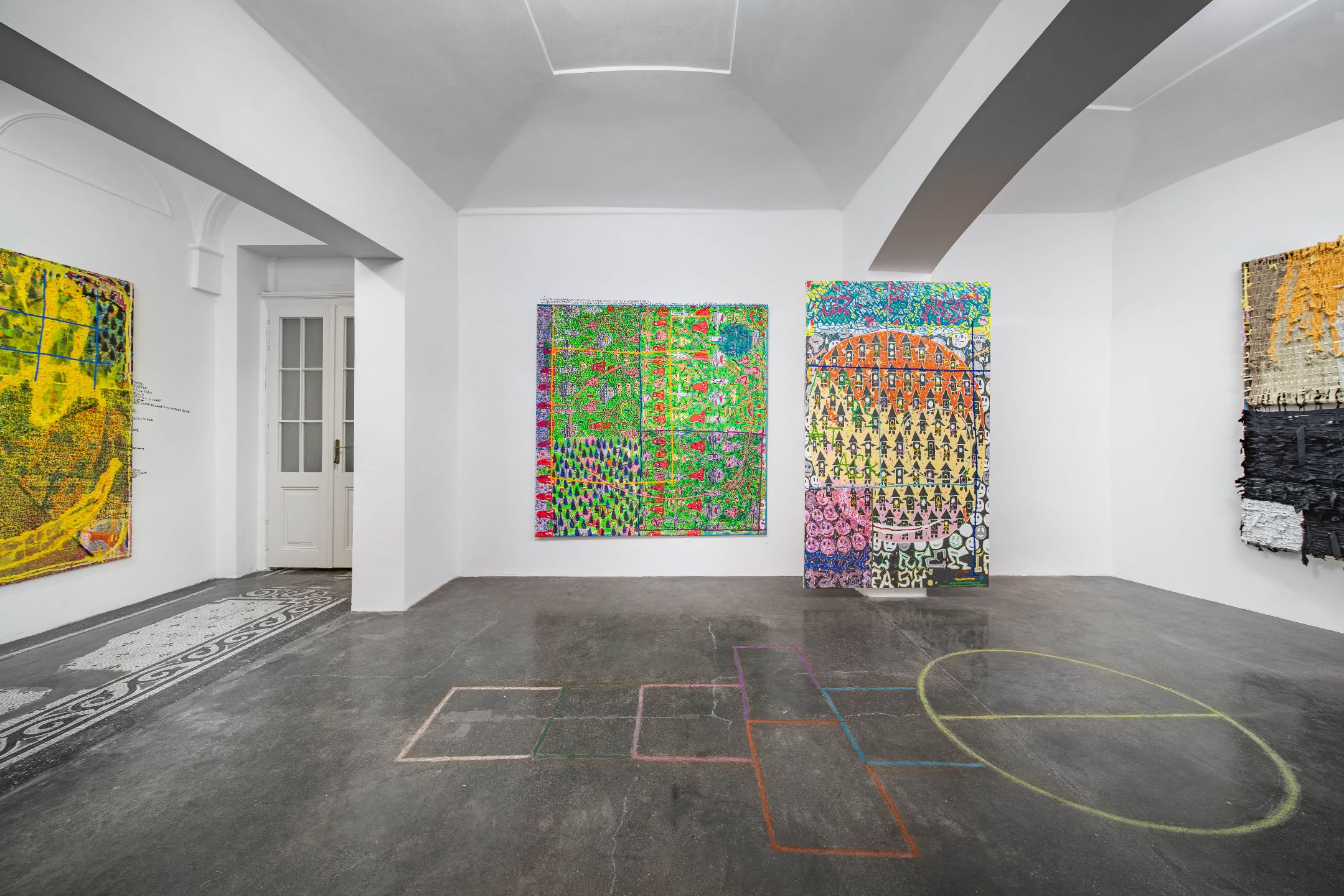 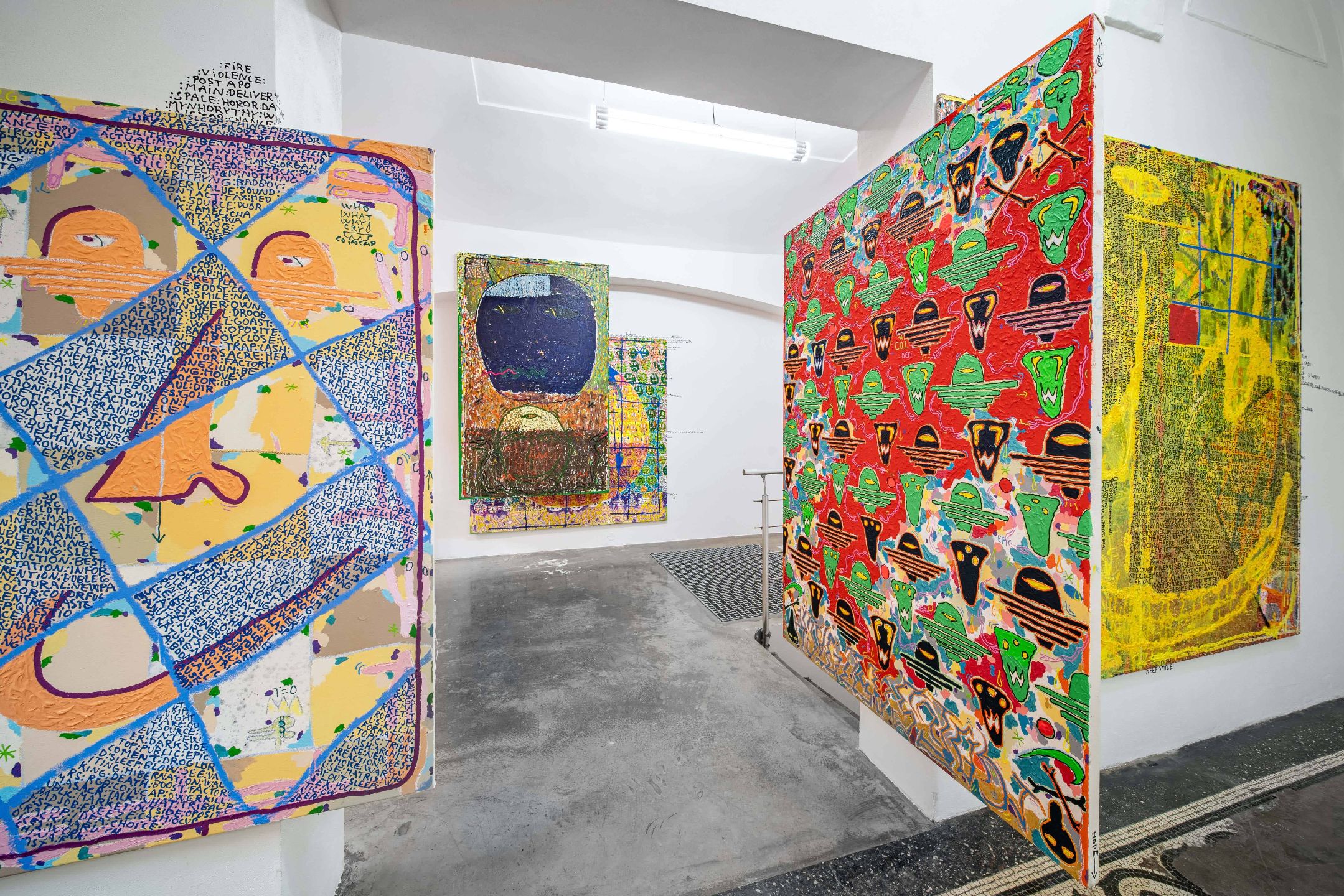 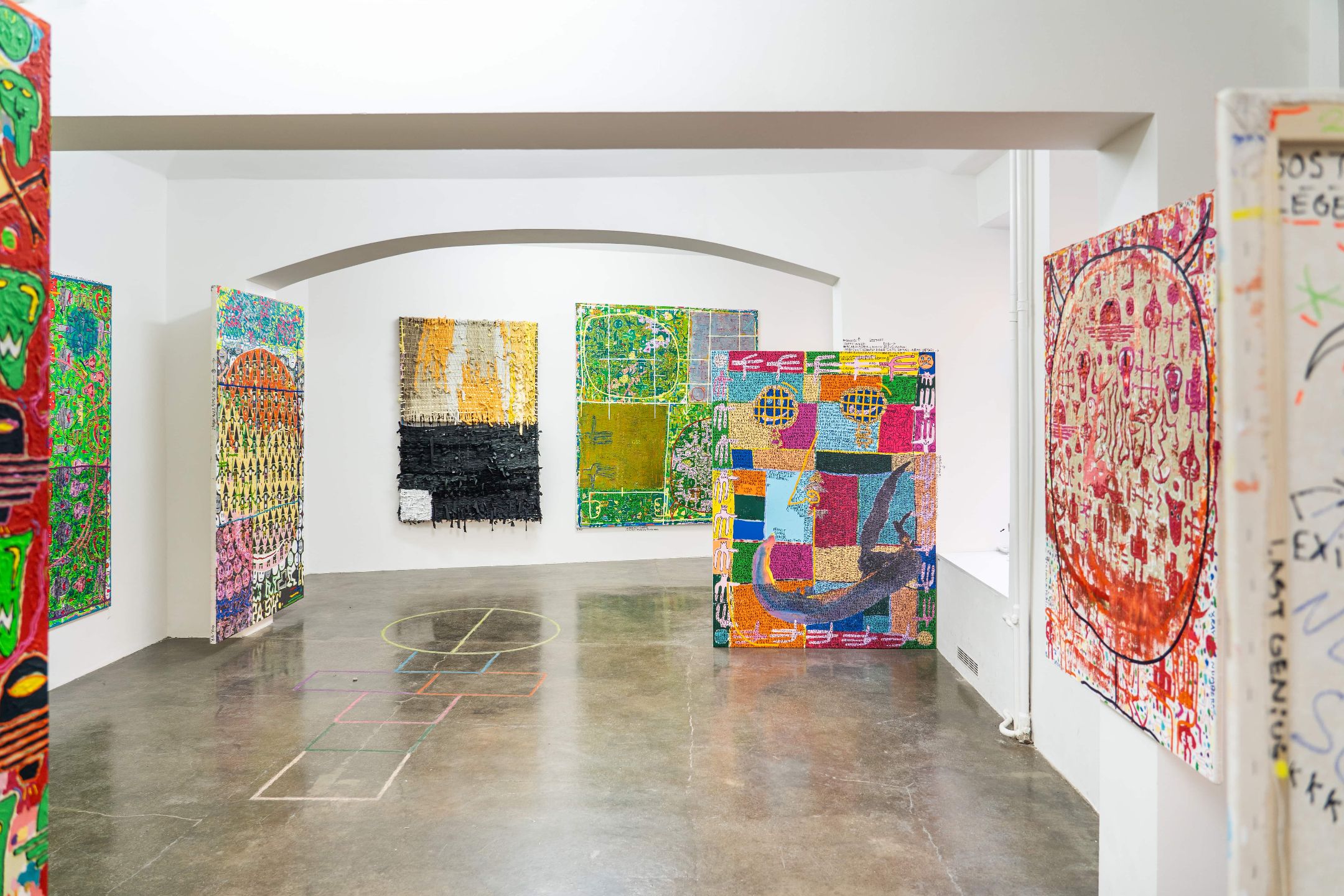 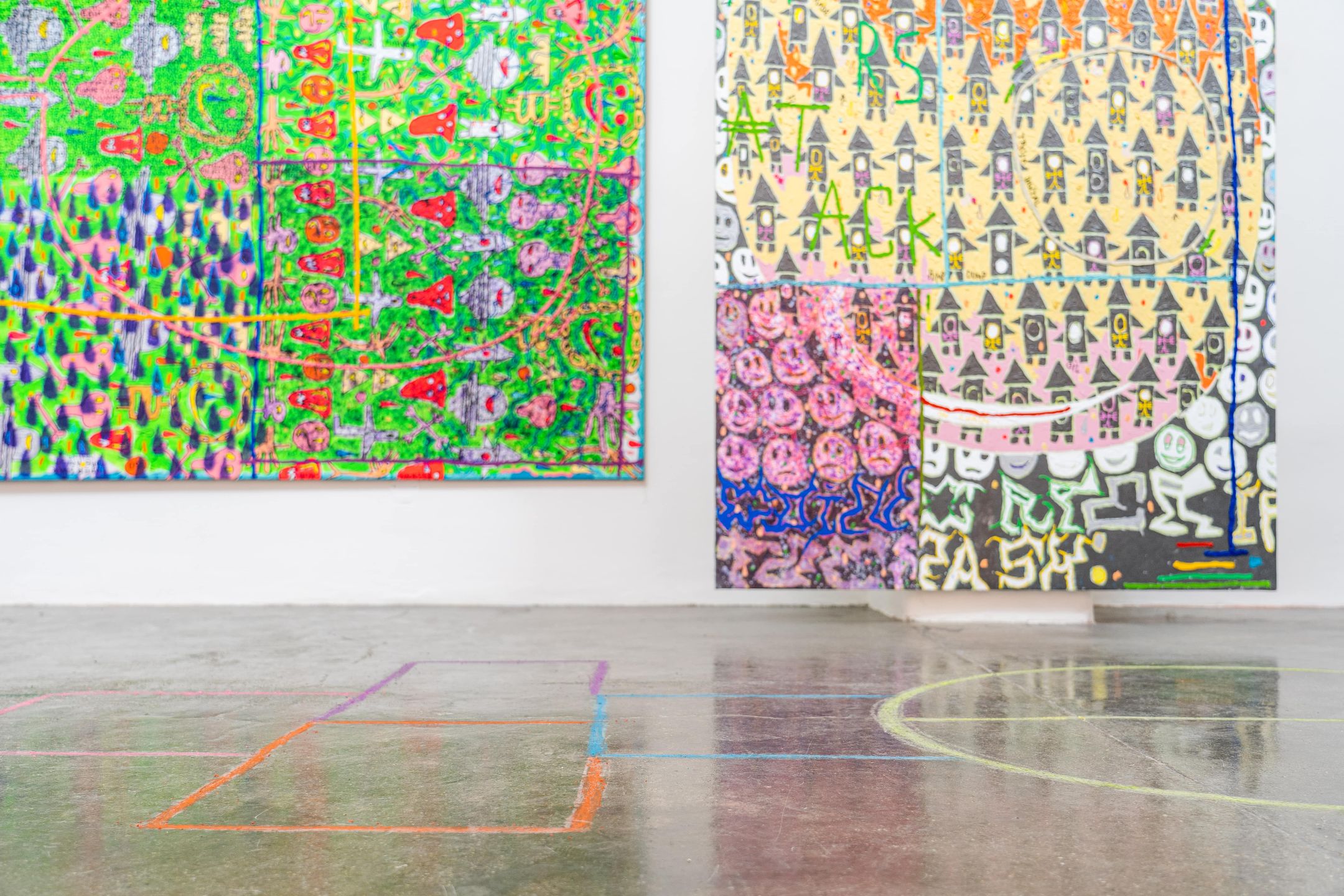 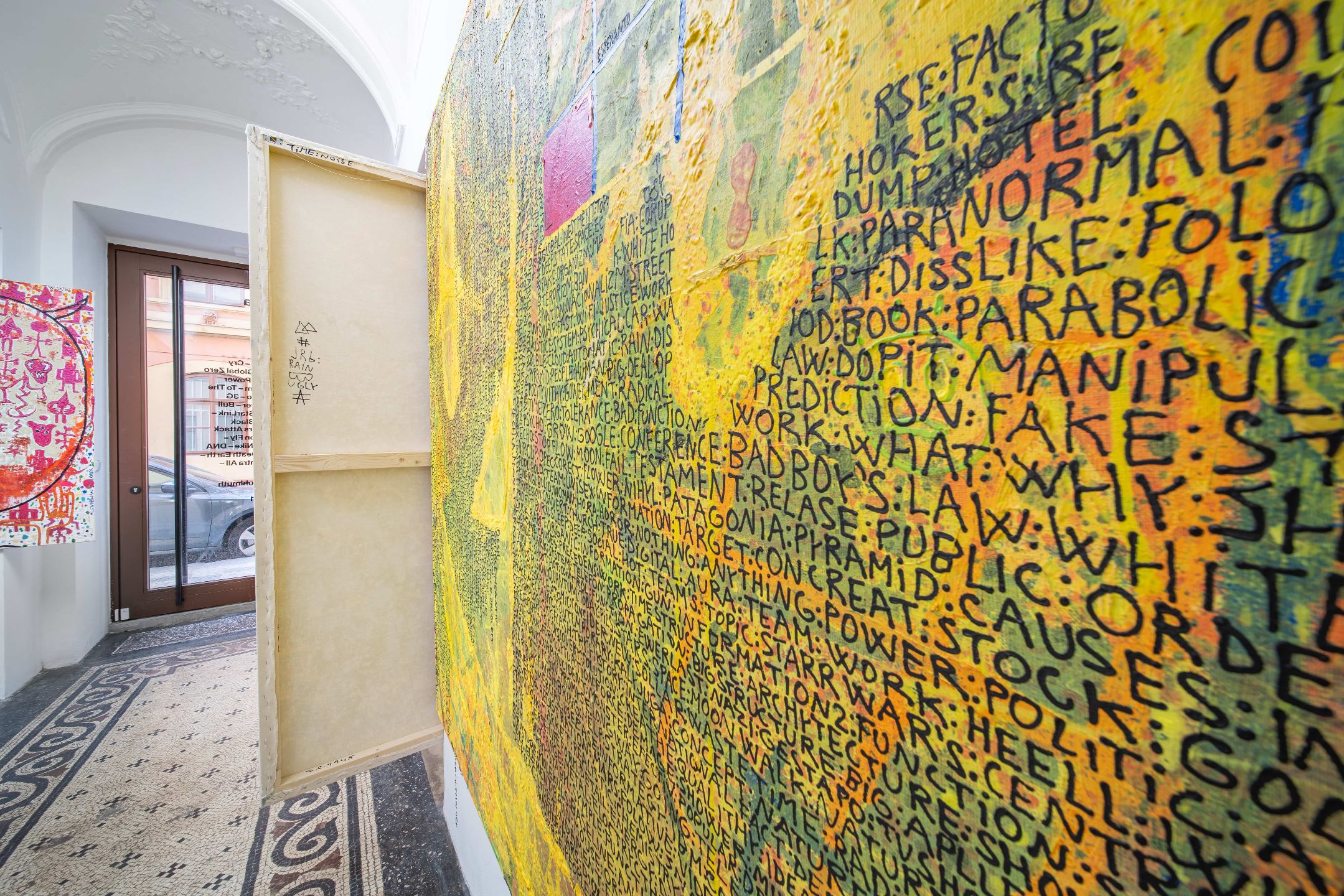 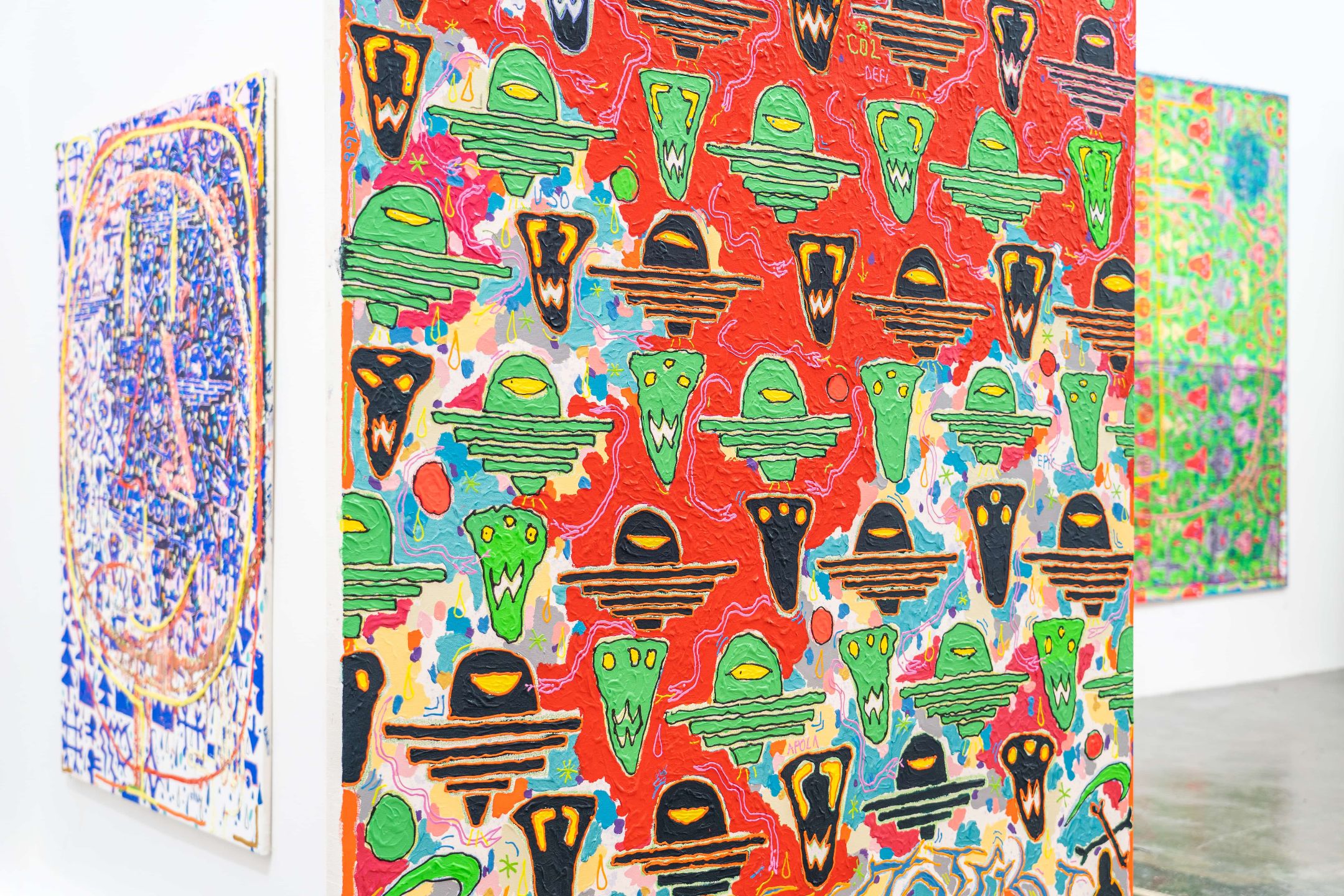 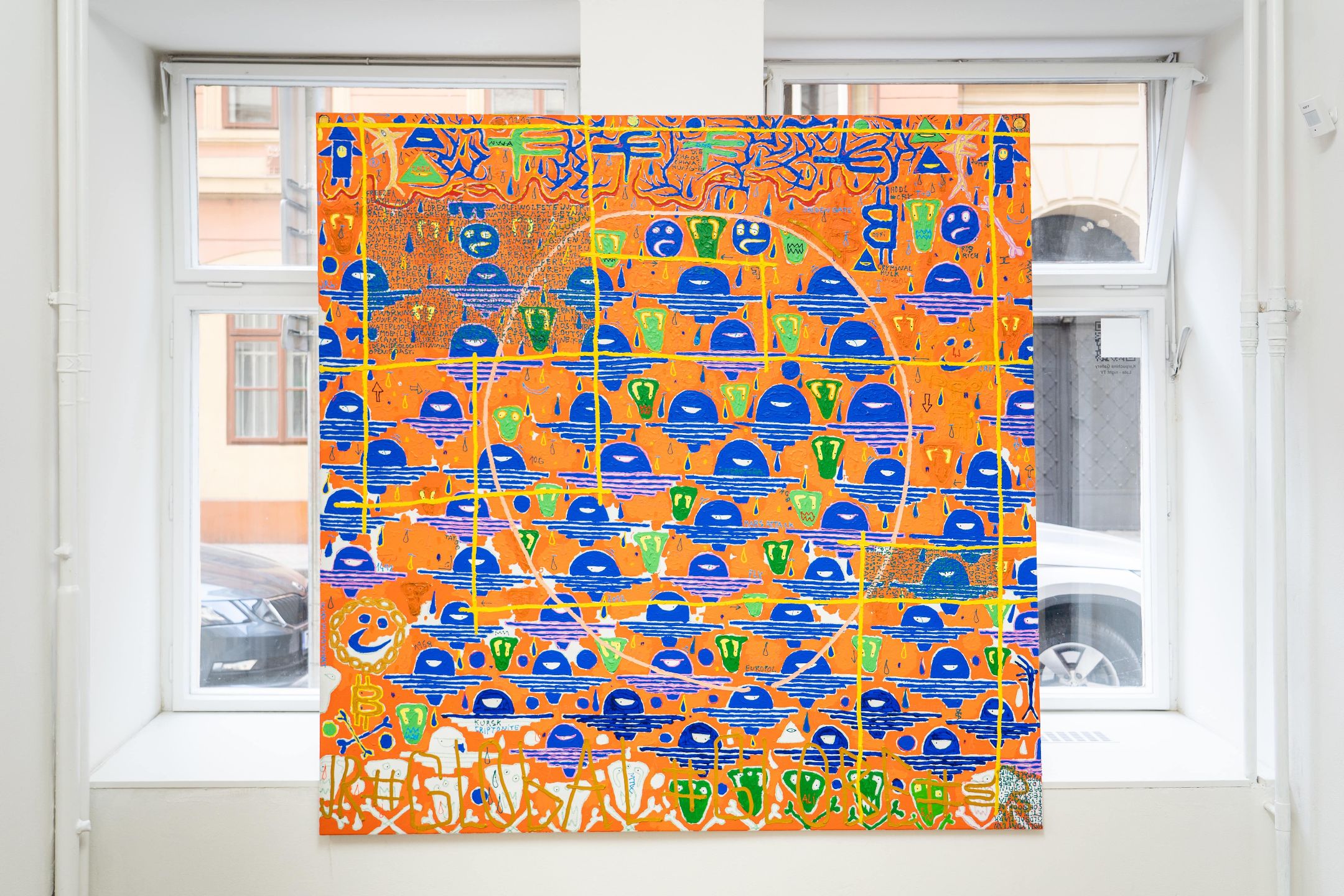 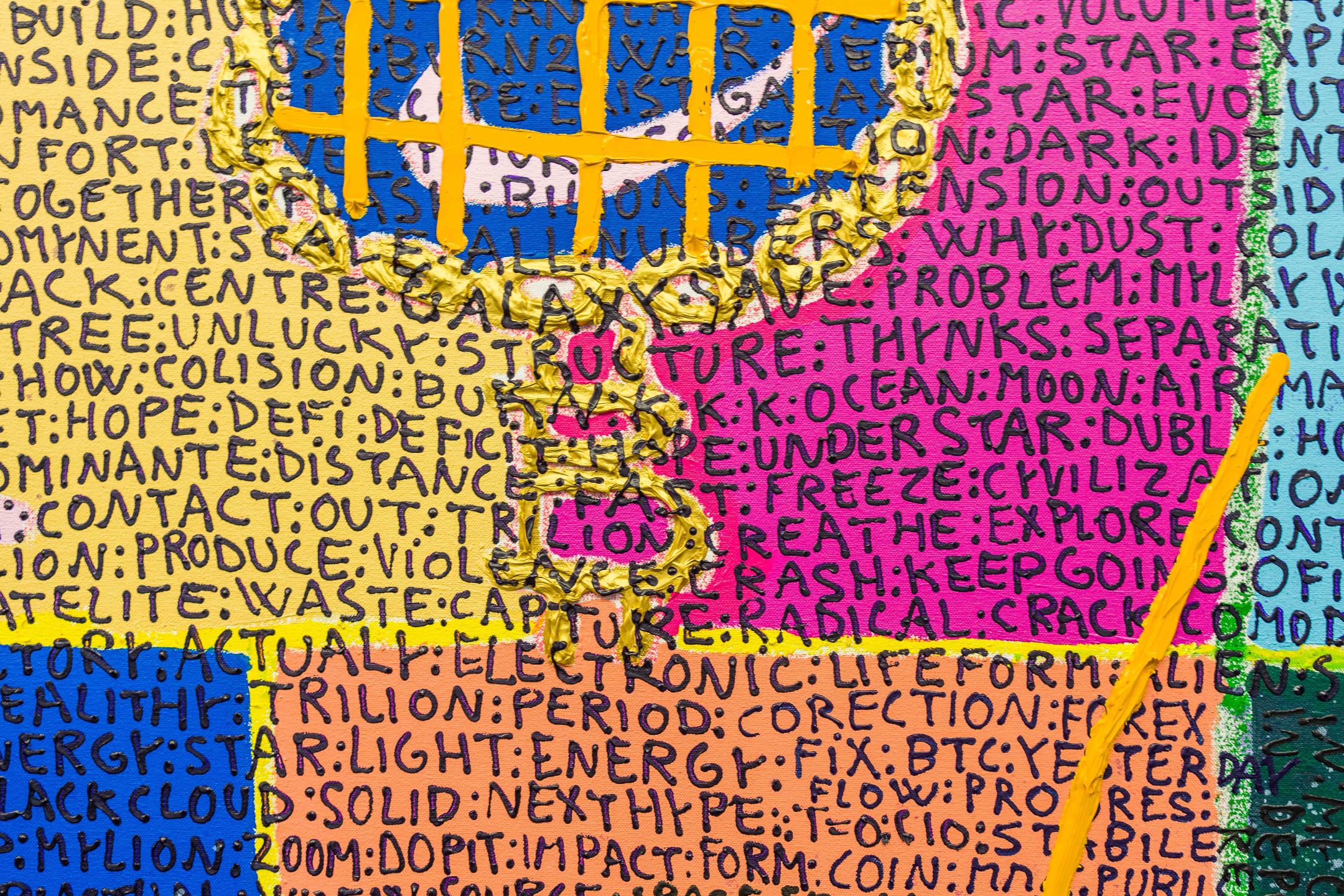 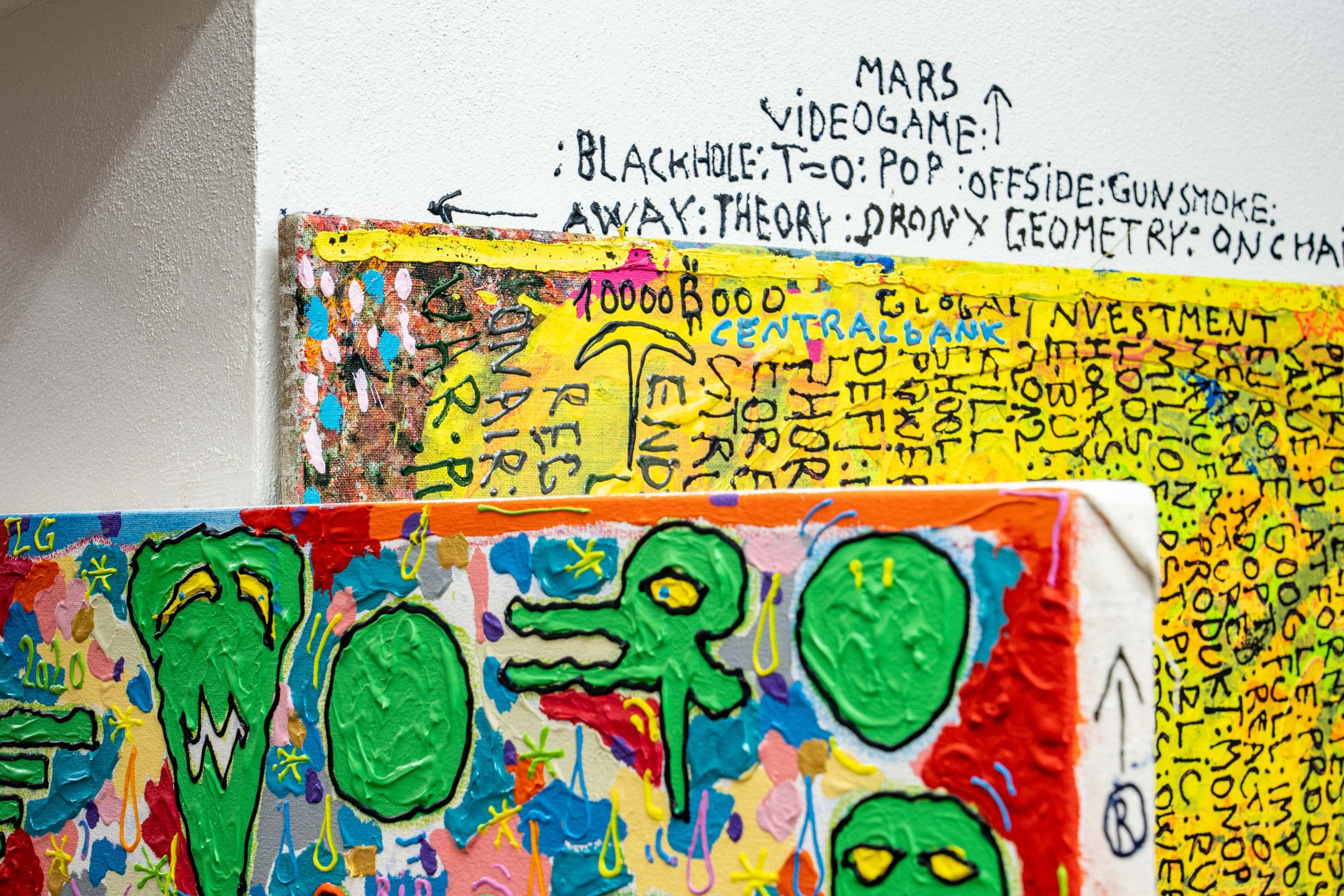 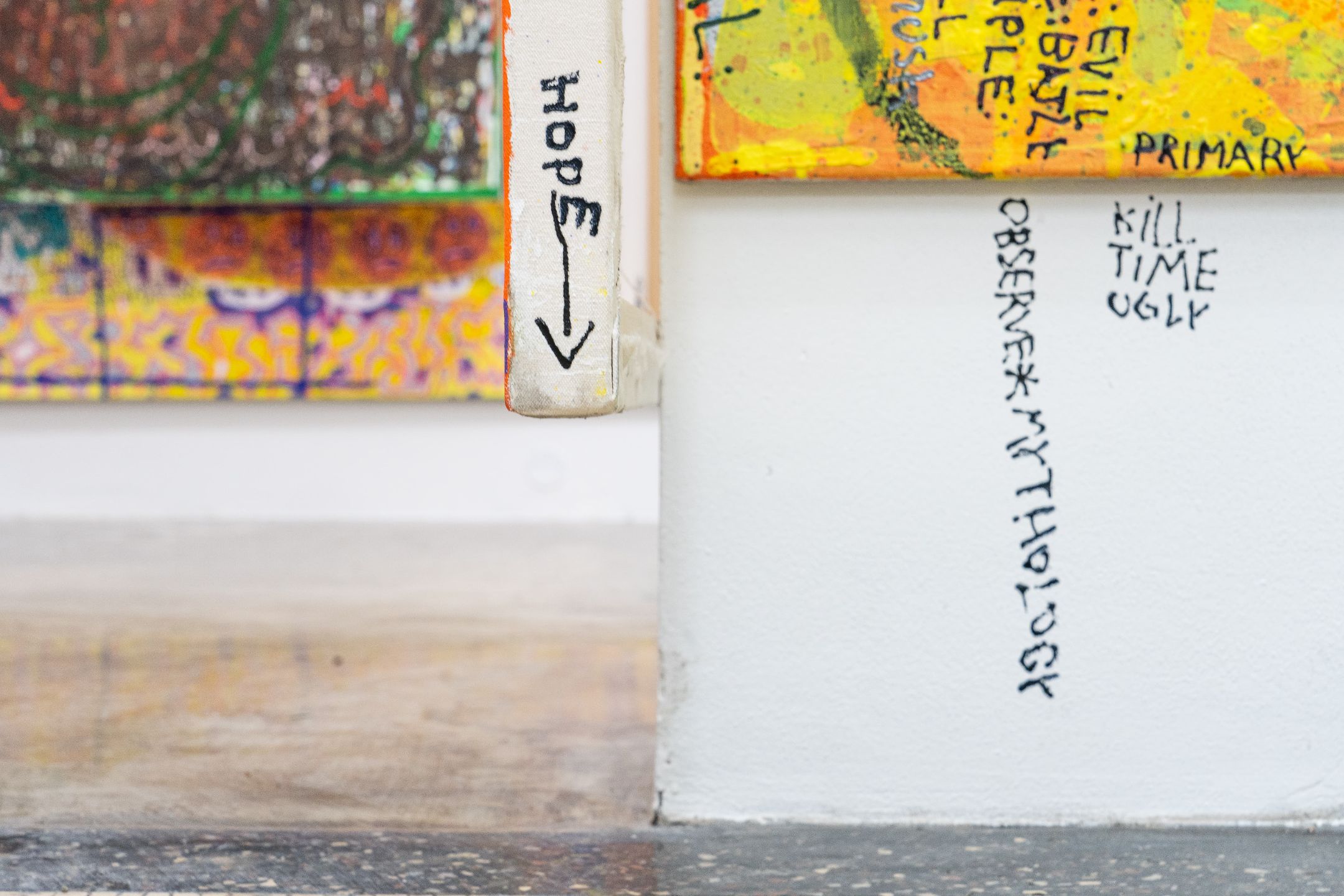 Julius Reichel’s (1981) new project is, as usual, introduced by an association-filled title – on one side, an open phenomenon of an unmistakable digital documentary NFT, which has lately been bulldozing the art market insolently, and, on the other side, slowed down by the name of the Egyptian god of thunder, war, darkness, and the lord of chaos. In between, there is an accelerating free stream of headlines bombarding the brain from the firing line of the virtual front. As if tripping, they soak into sub-consciousness only to emerge back in the paintings. They are encrypted by multiplications, lining, character-ness, and other principles connected to writing. It is precisely that which connects the title and both visual cycles, and it is no matter whether the basis are graphemes, or it is visual or nodal.

In the true sense of the word, the ‘works’ have been created since the less restricted past summer, through the decimated fall, until today. The first series follows up the textile direction of Reichel’s creation. Cut-up sweaters and jeans woven into a handmade warp made of branches are stripped of color interventions. It is an absolute example of recycling driven to the extreme, which has – the same as a process of creation and disrespecting boundaries of a hanging picture – always attracted him. Post-internet ‘tapestries’ with a cyberpunk feel add to painted ‘wallpapers’ based on fine-printed contoured repetitions in the style of 8-bit graphics. Combinations of visual and textual memes complete each other, permeate and overlap so that sometimes they produce an op-art effect. Together they create a multitasking-like narrative, in which the main point is not precision and even less a correct presentation of the content. Instead, it is a condensed visualnoise reminiscent of a grainy TV screen that, due to the amount of imperceptible information, hides more than shows, and, therefore, it may as well be the most accurate picture of the age.