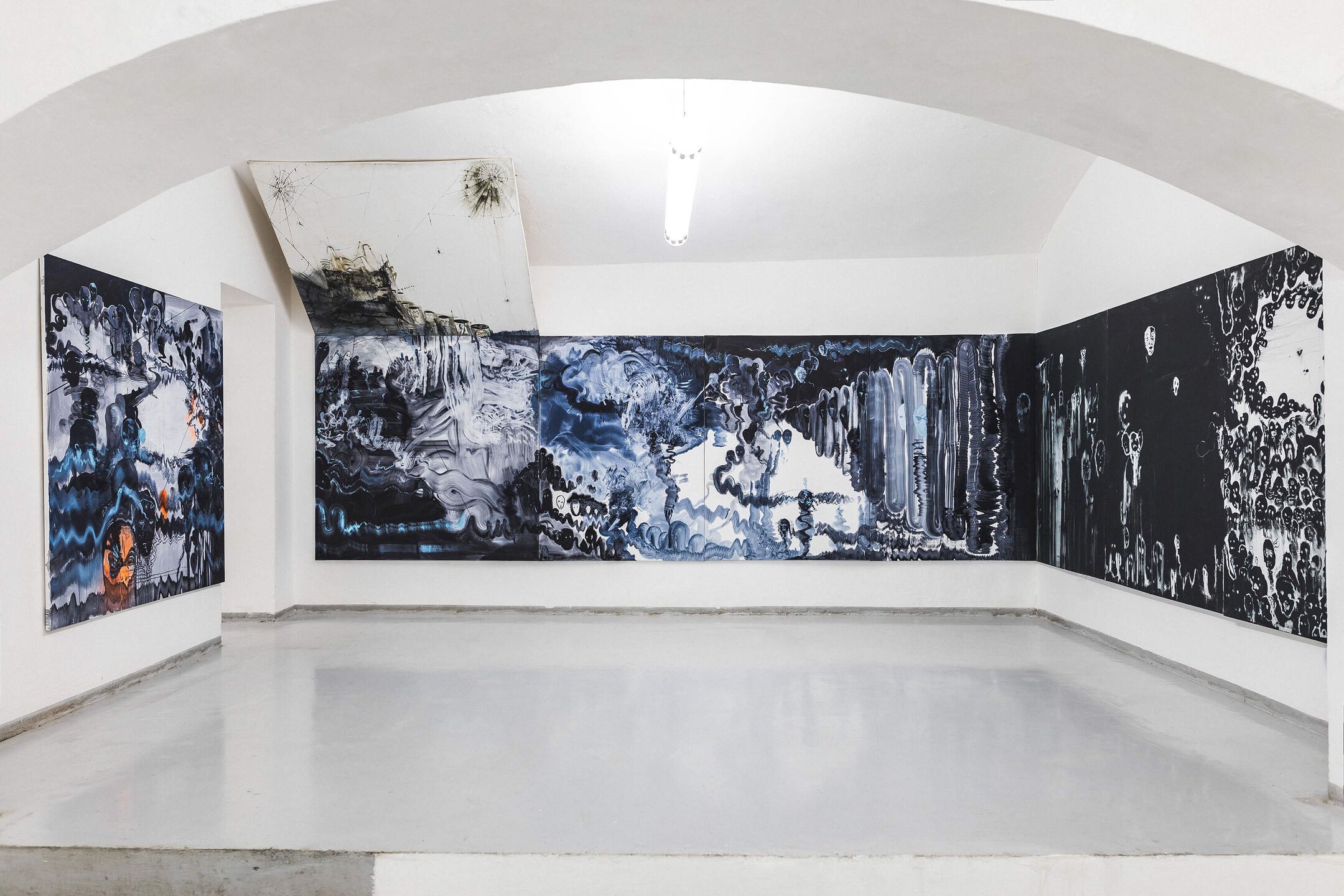 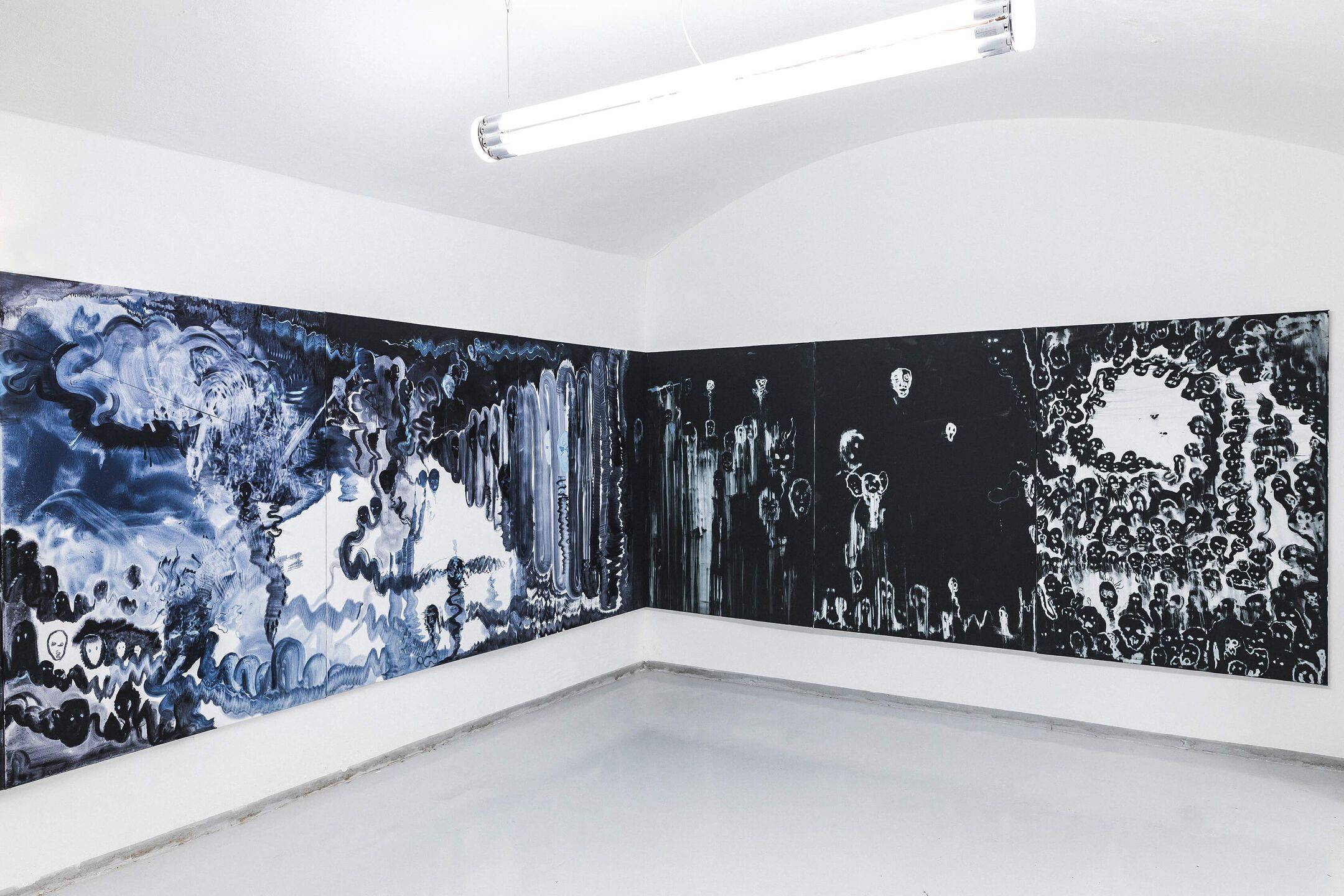 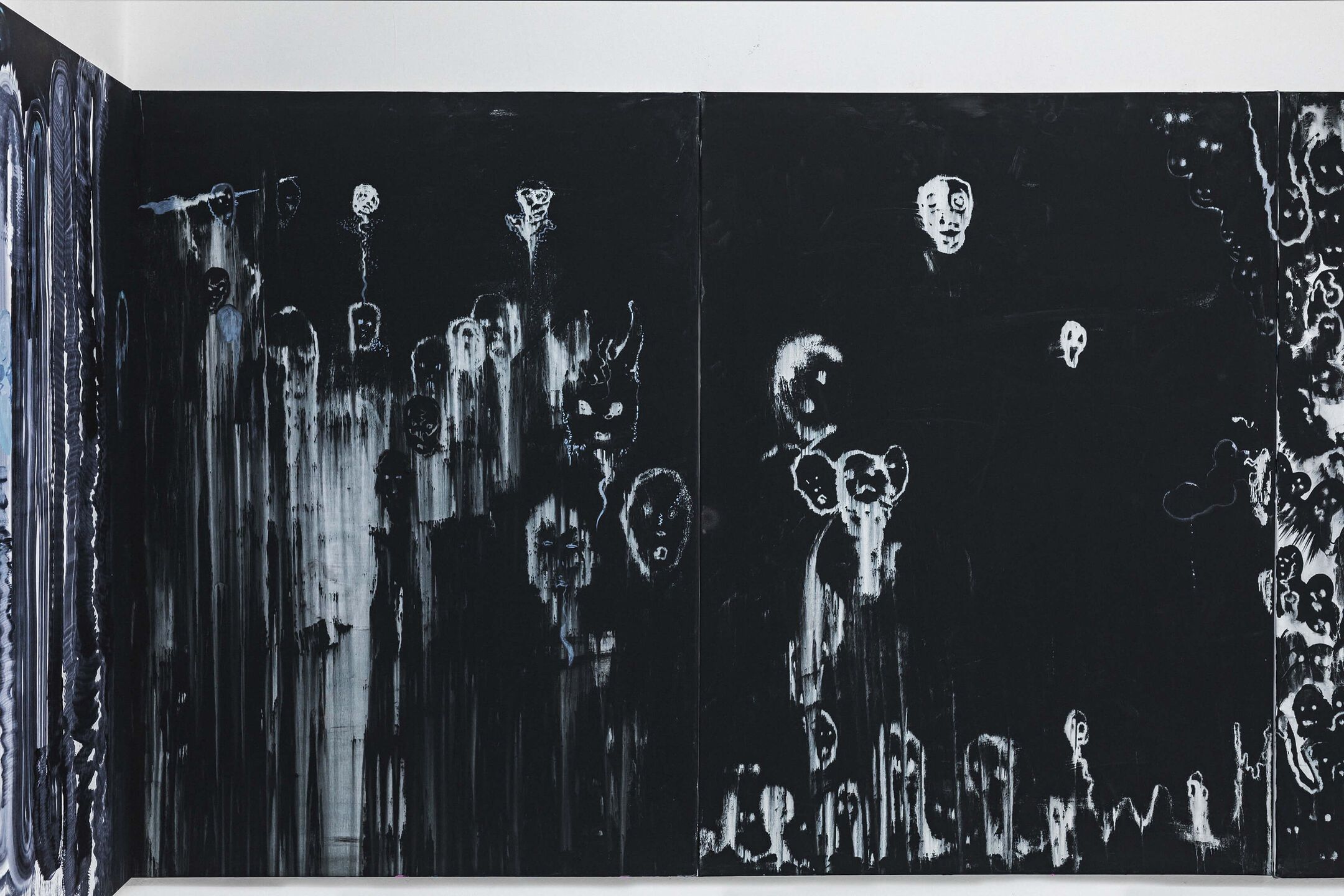 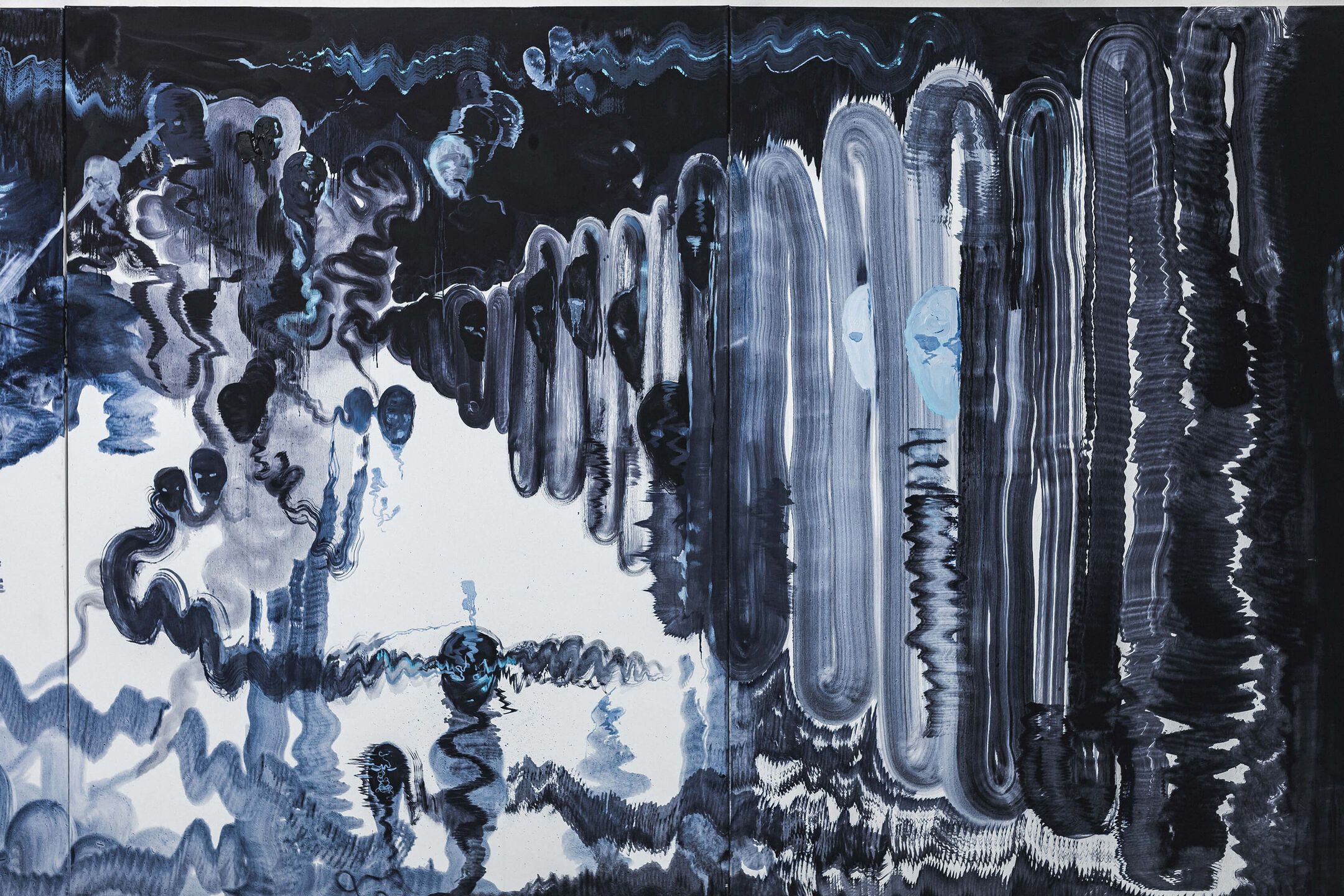 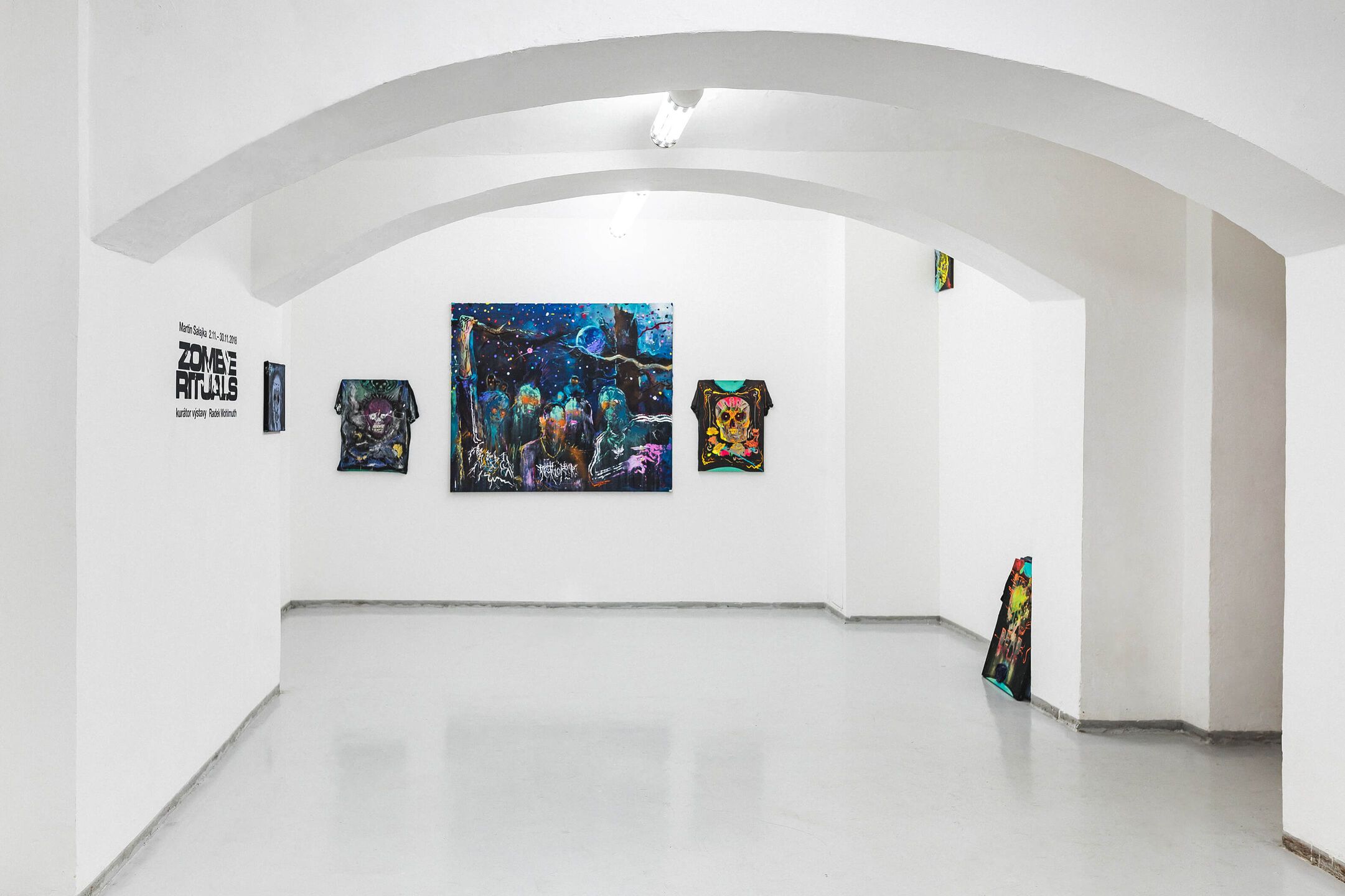 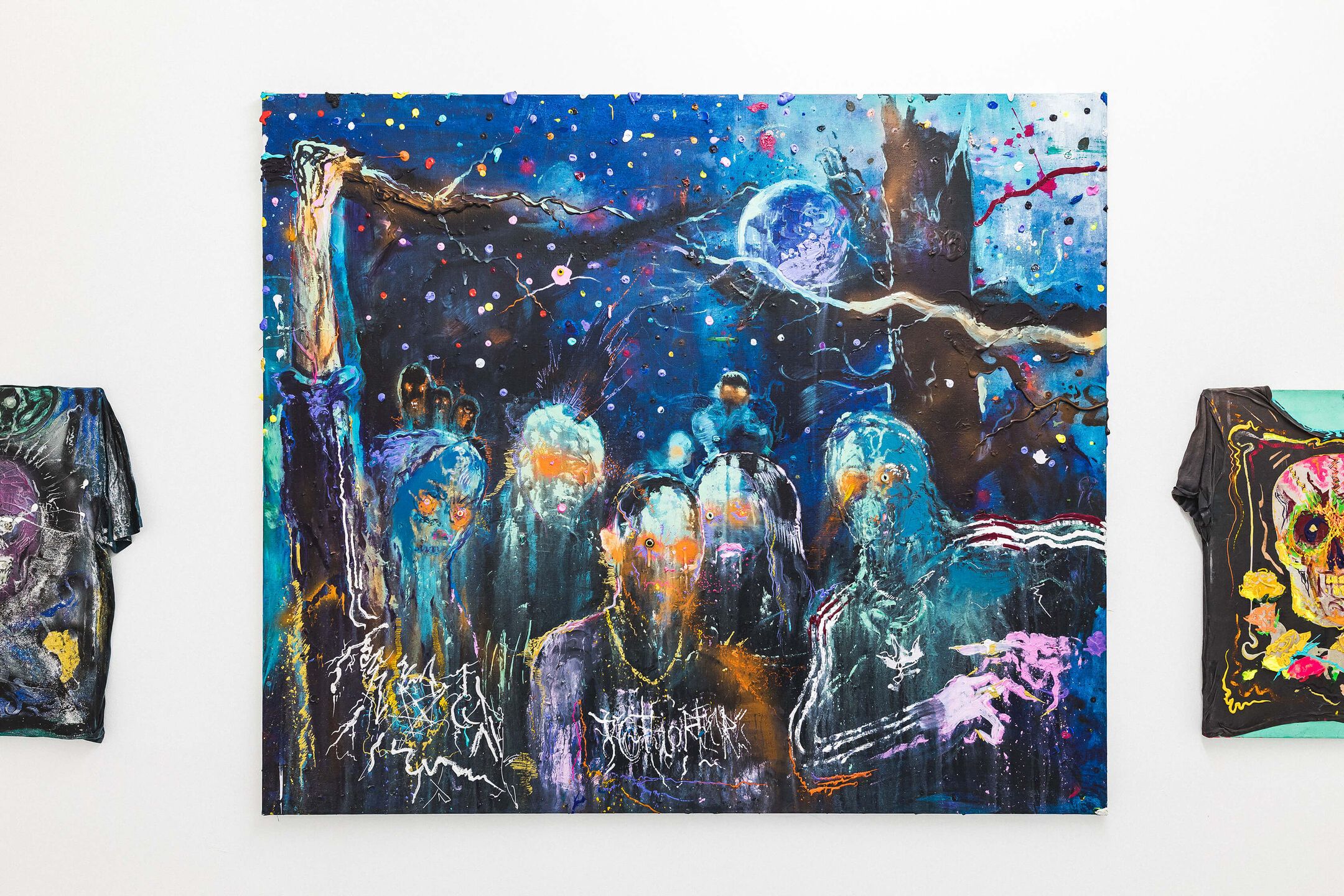 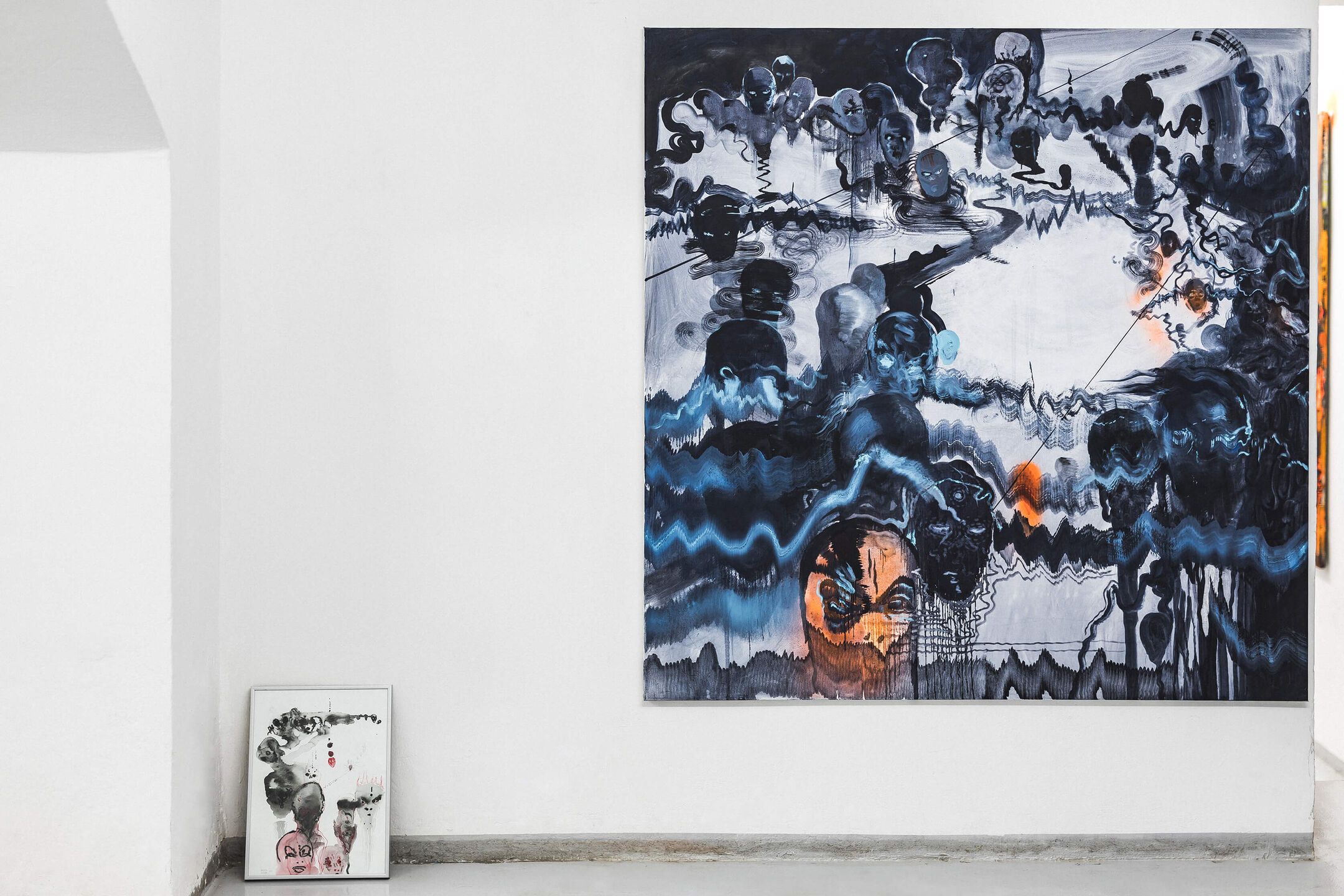 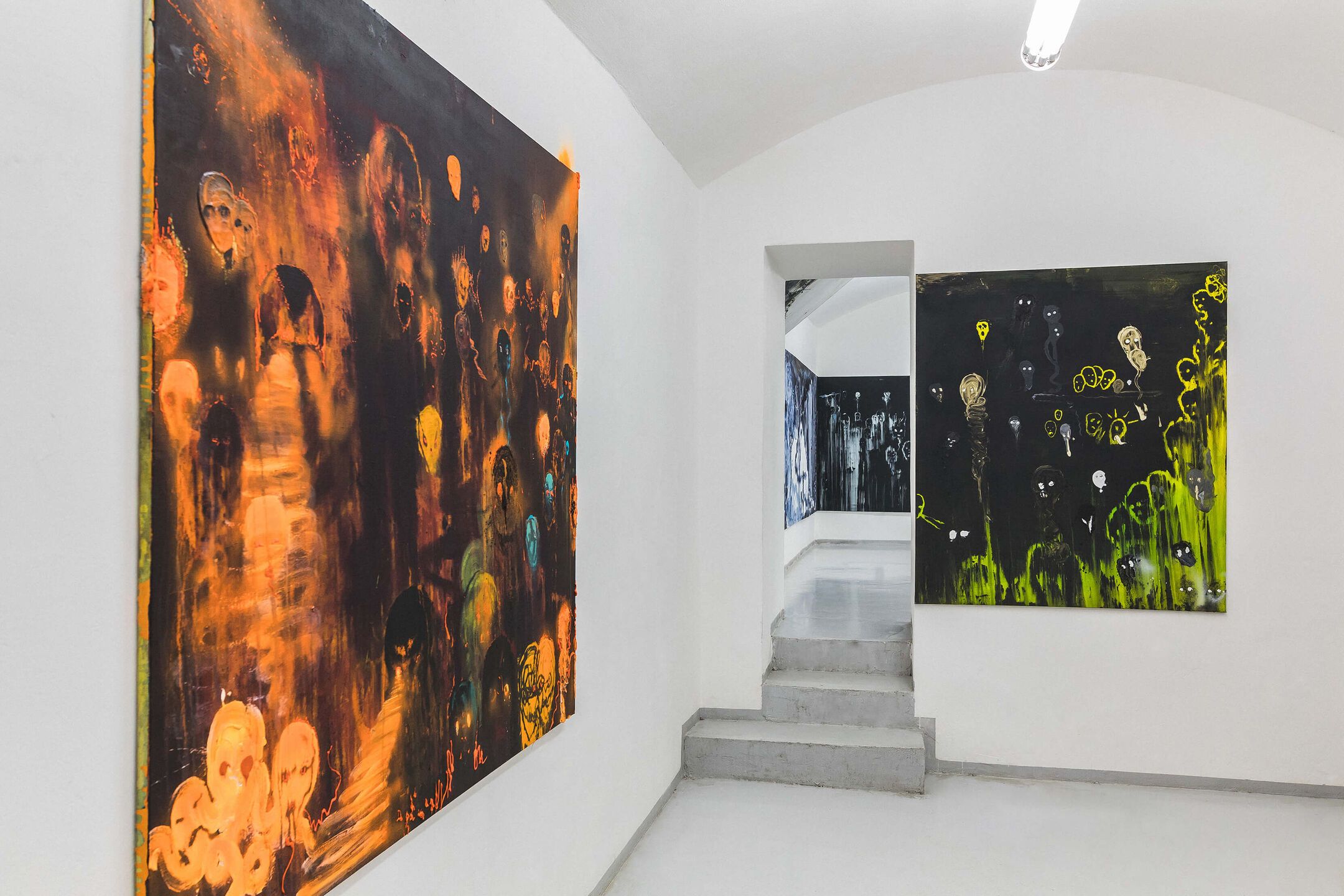 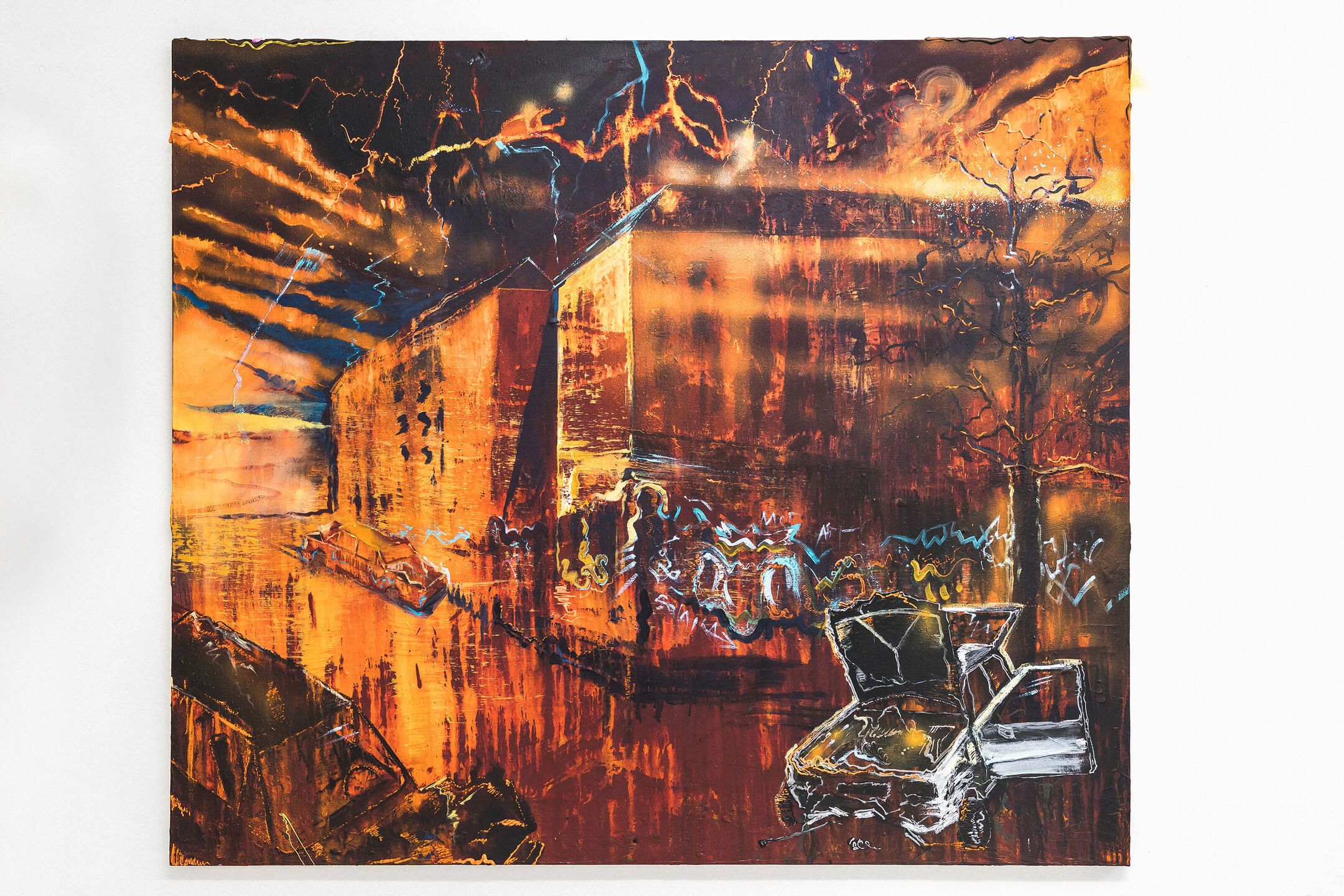 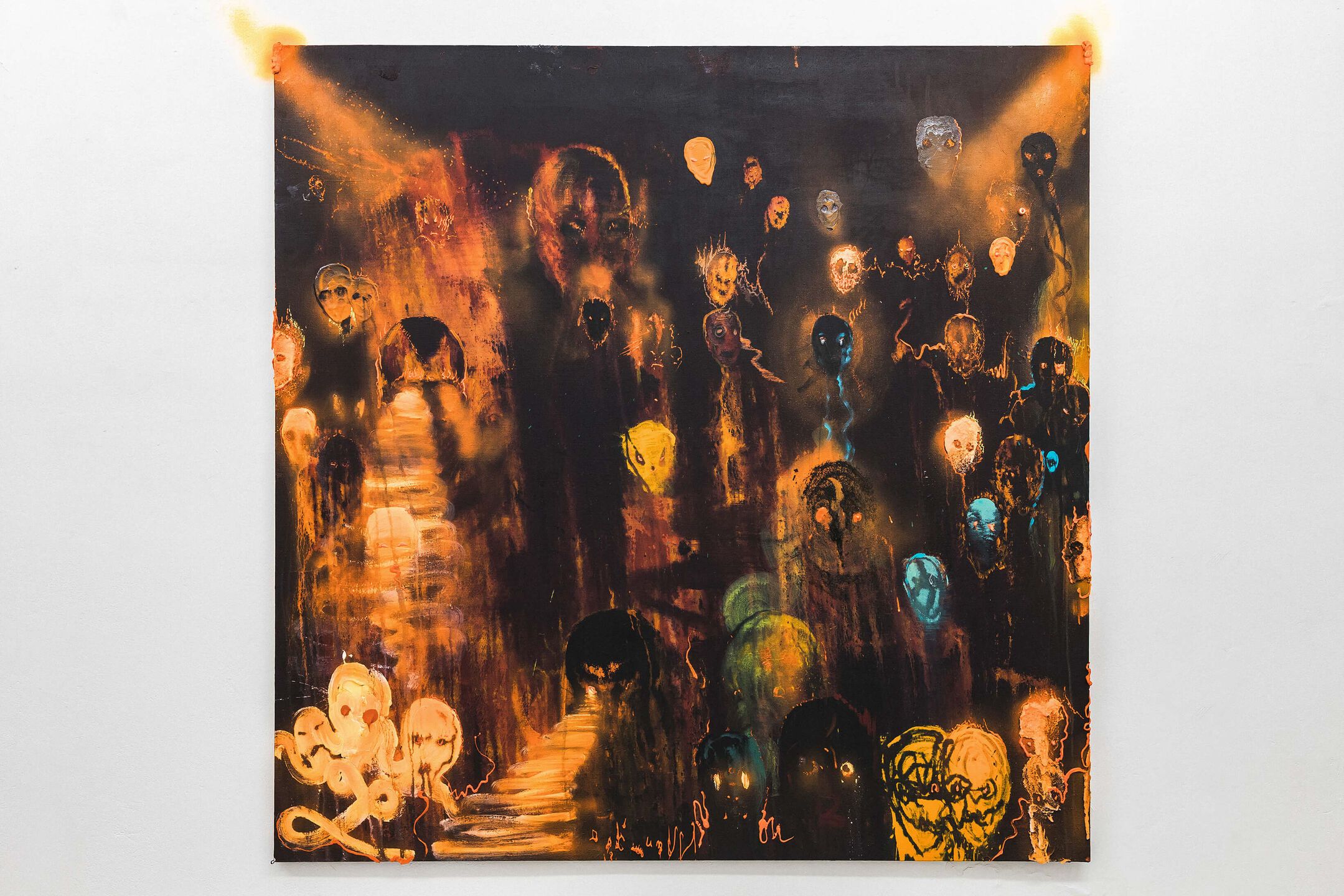 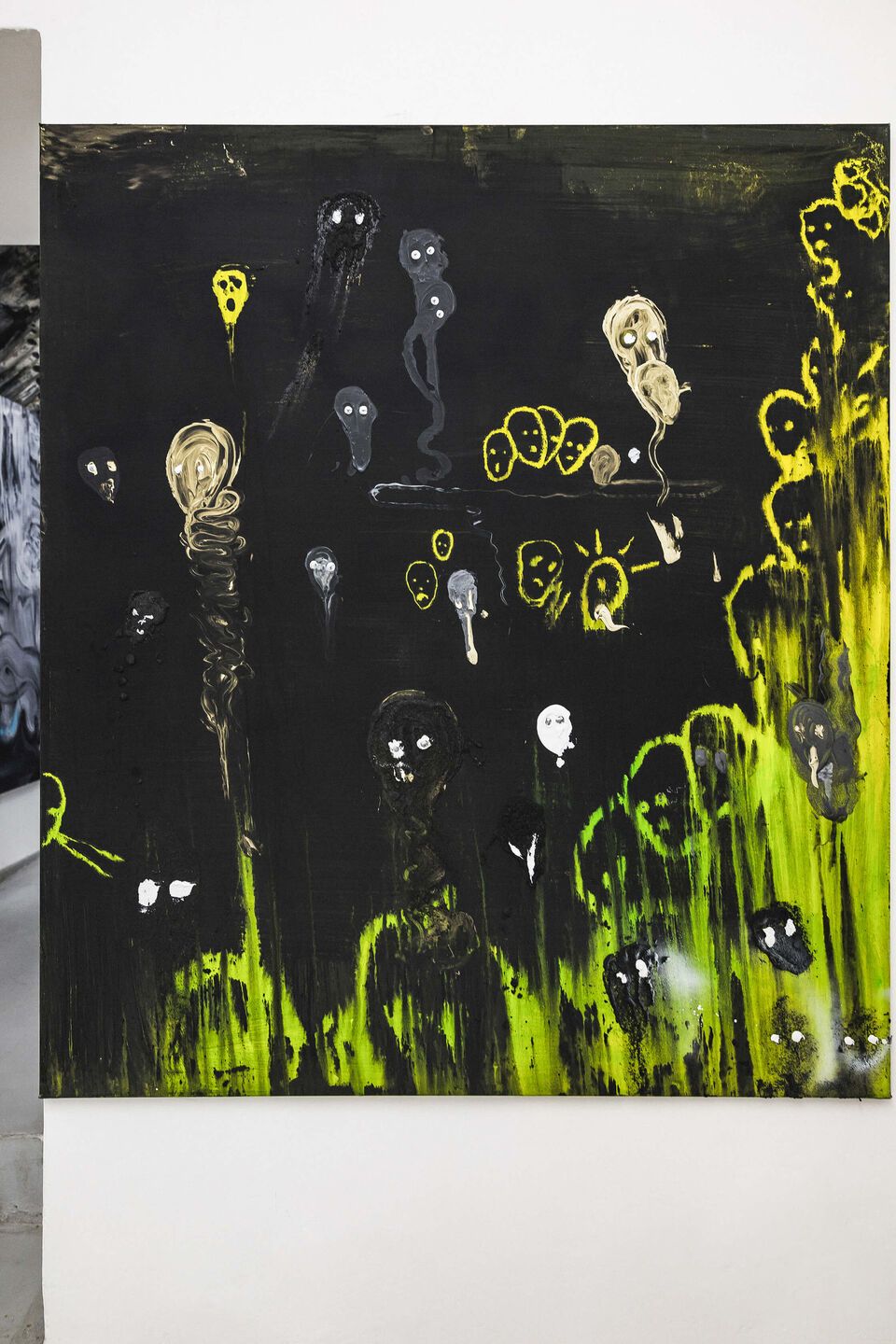 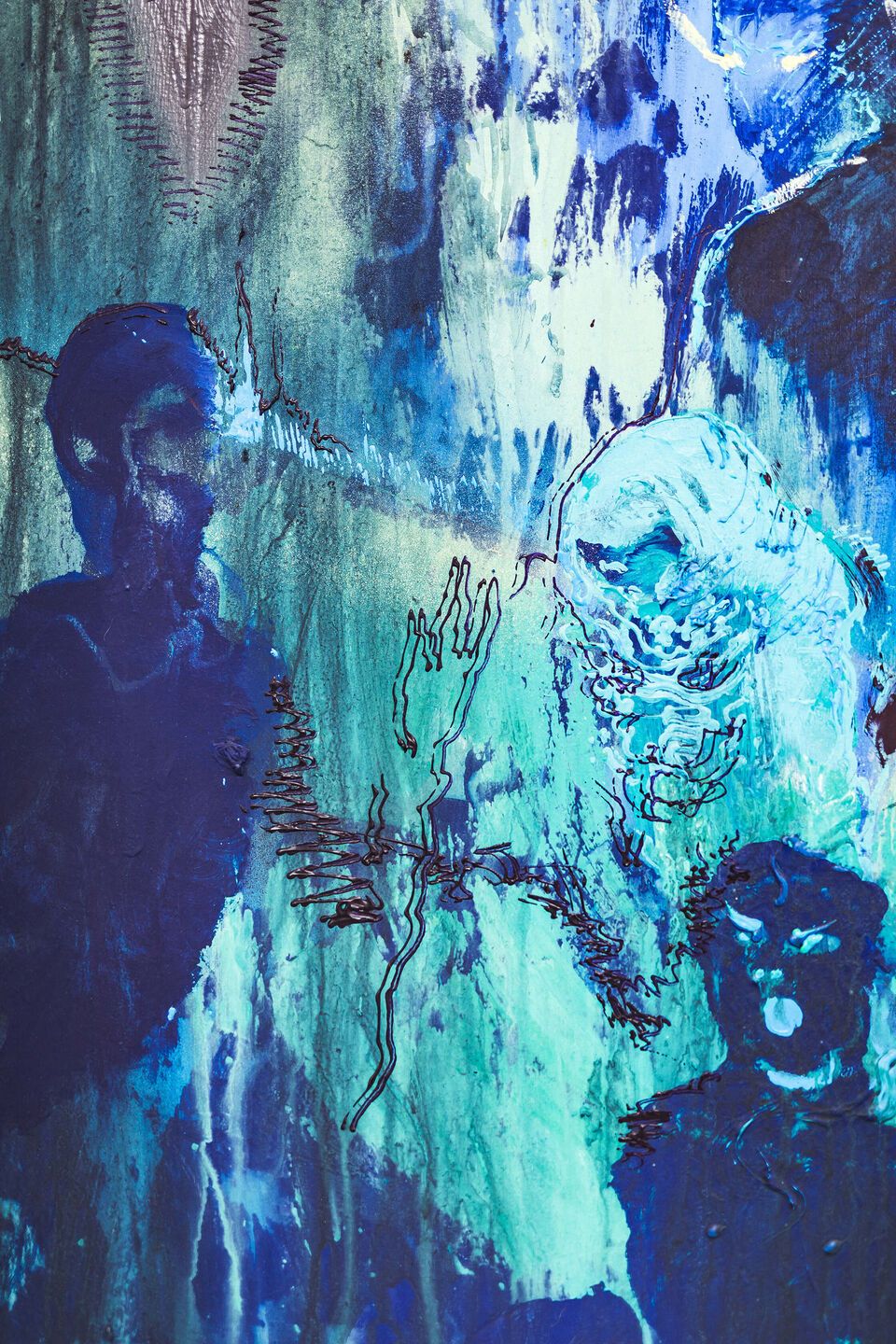 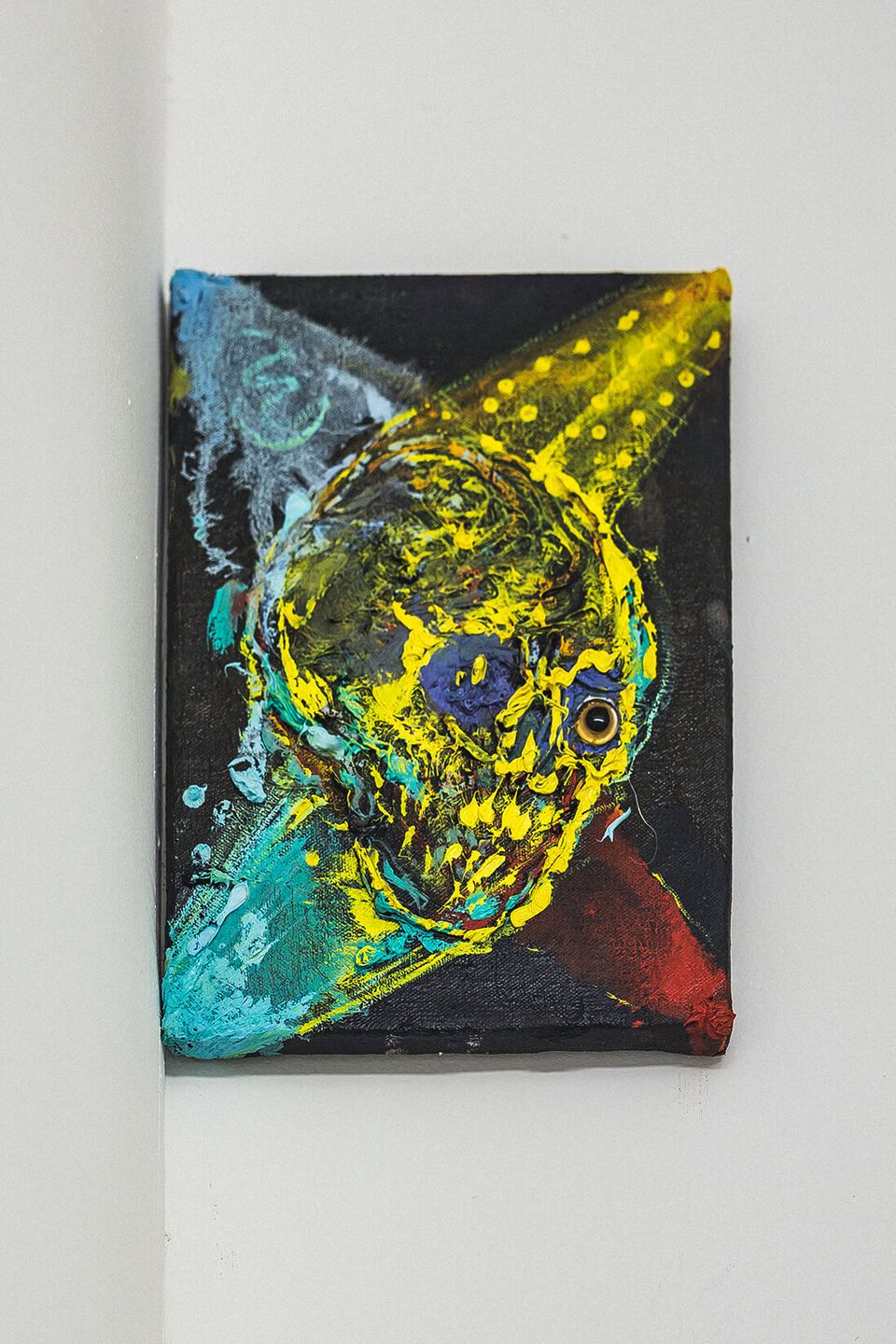 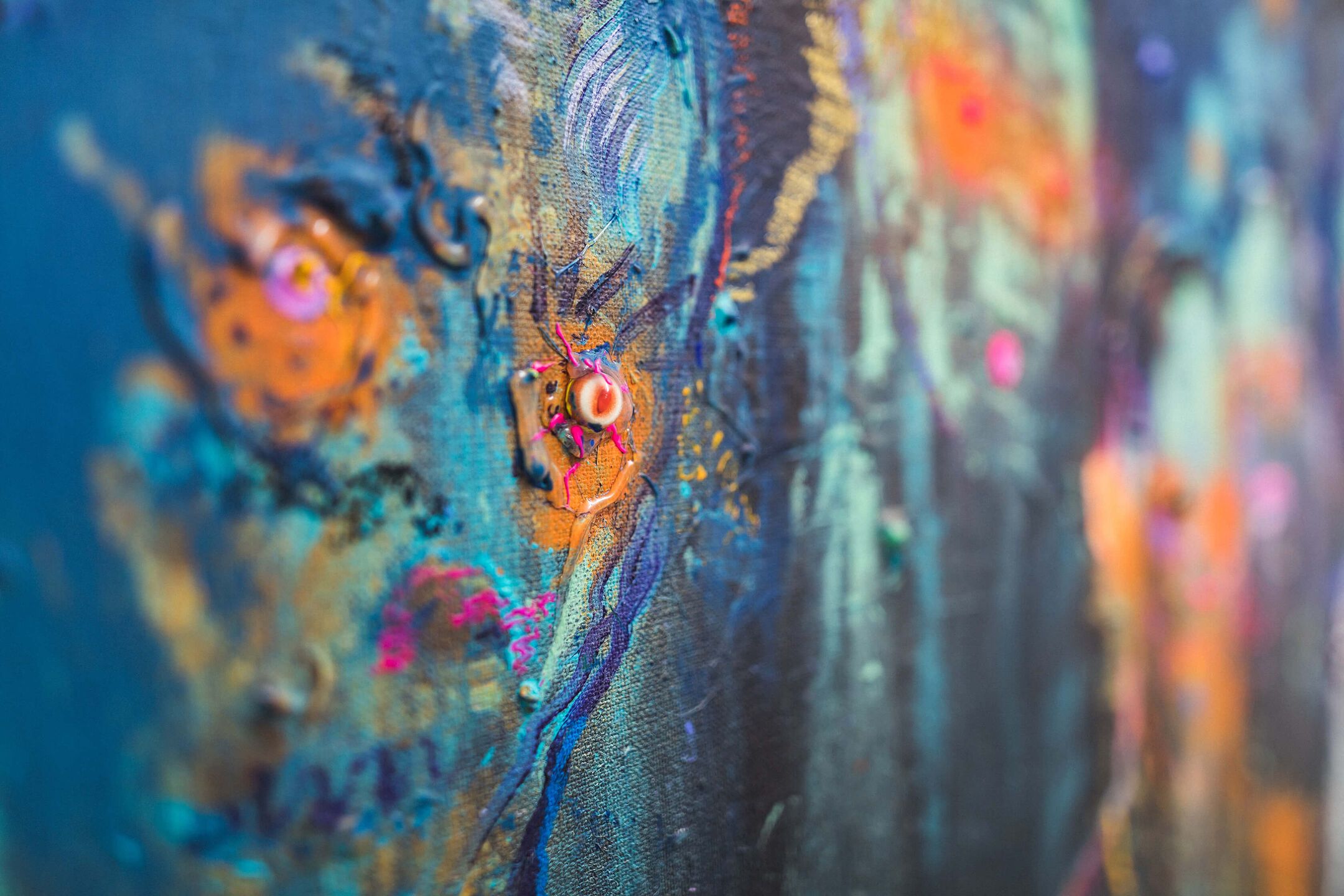 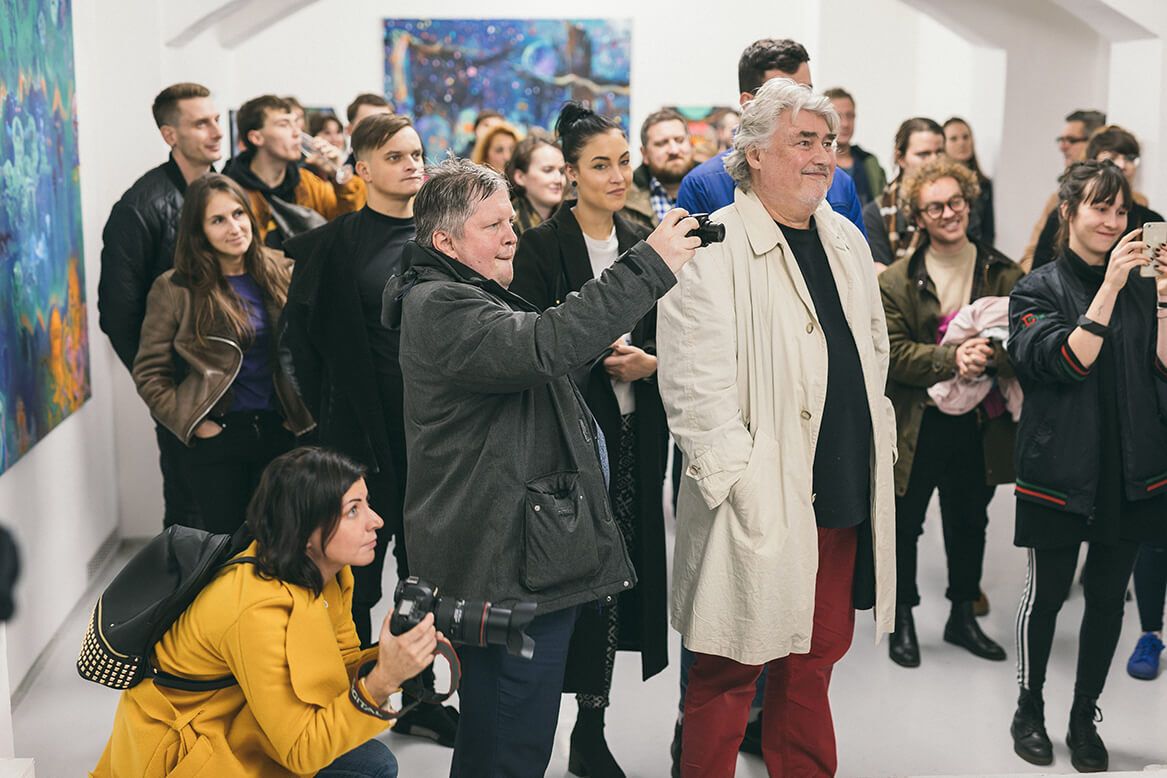 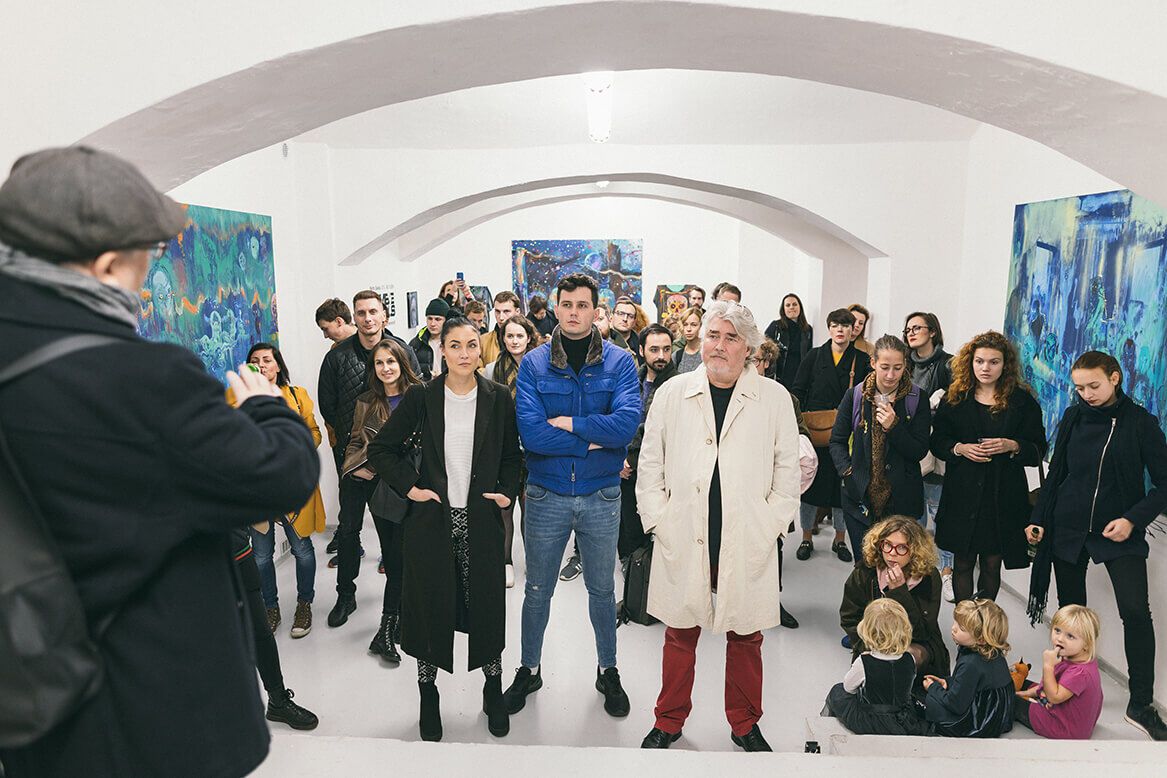 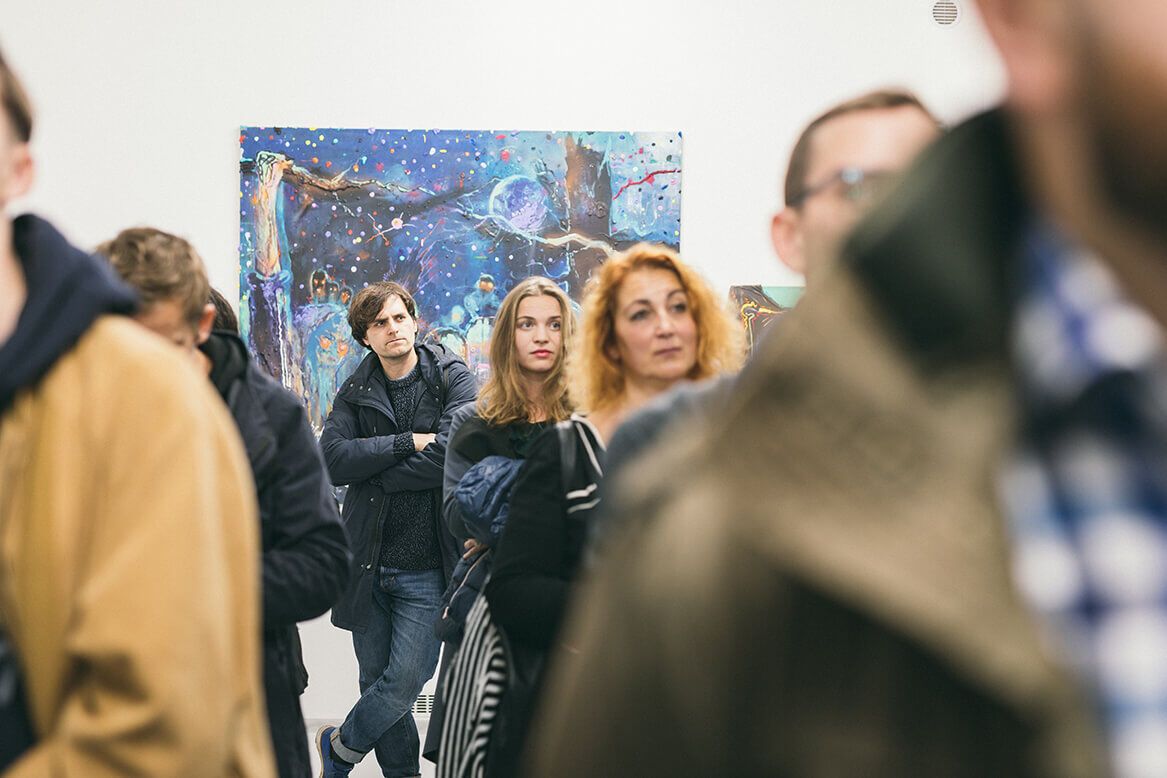 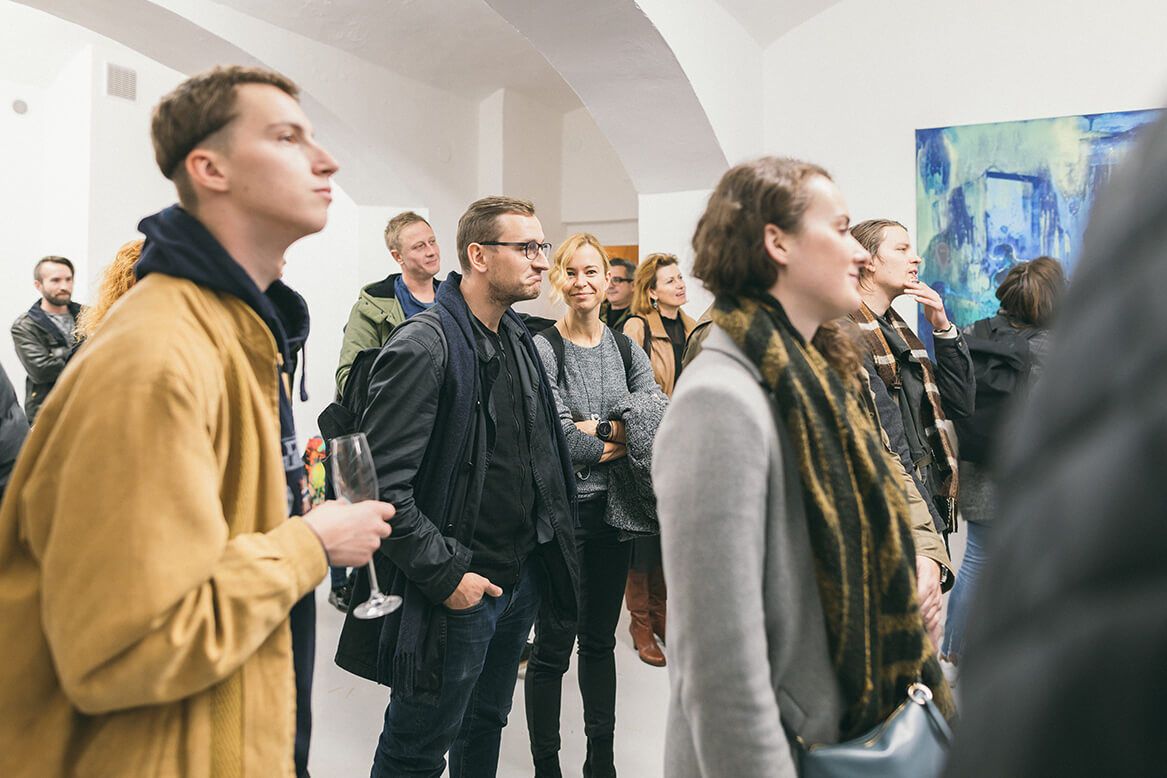 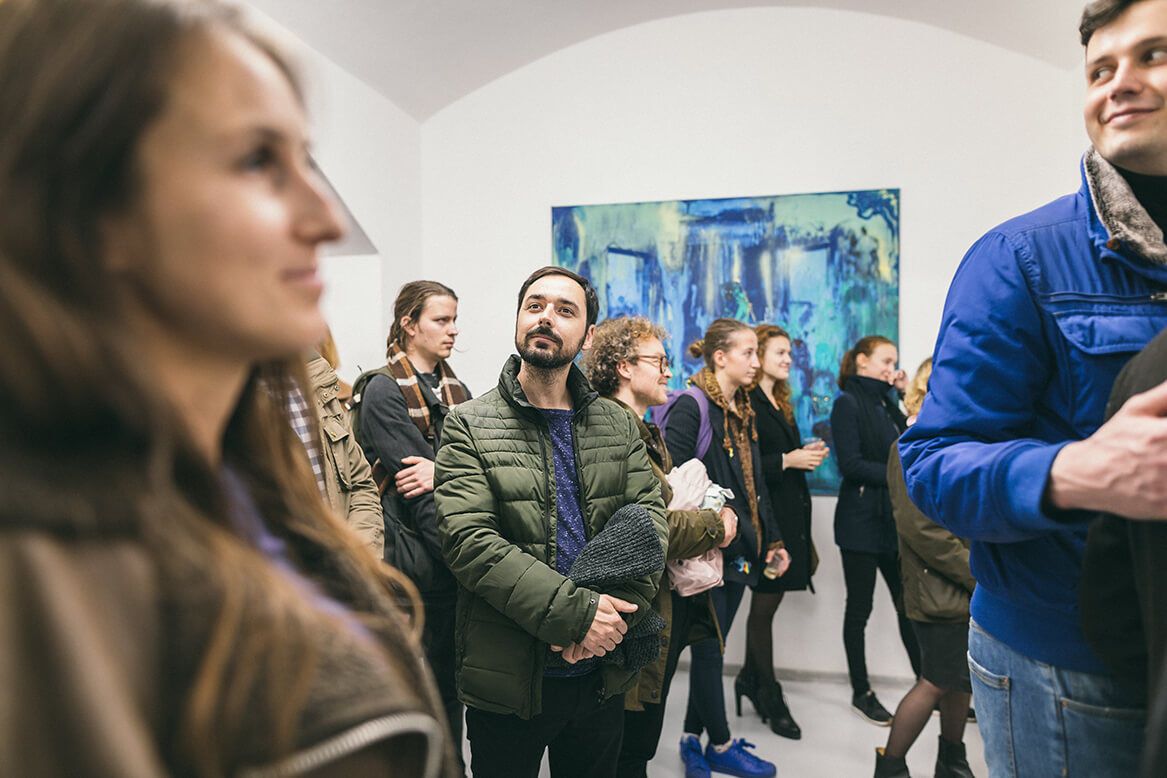 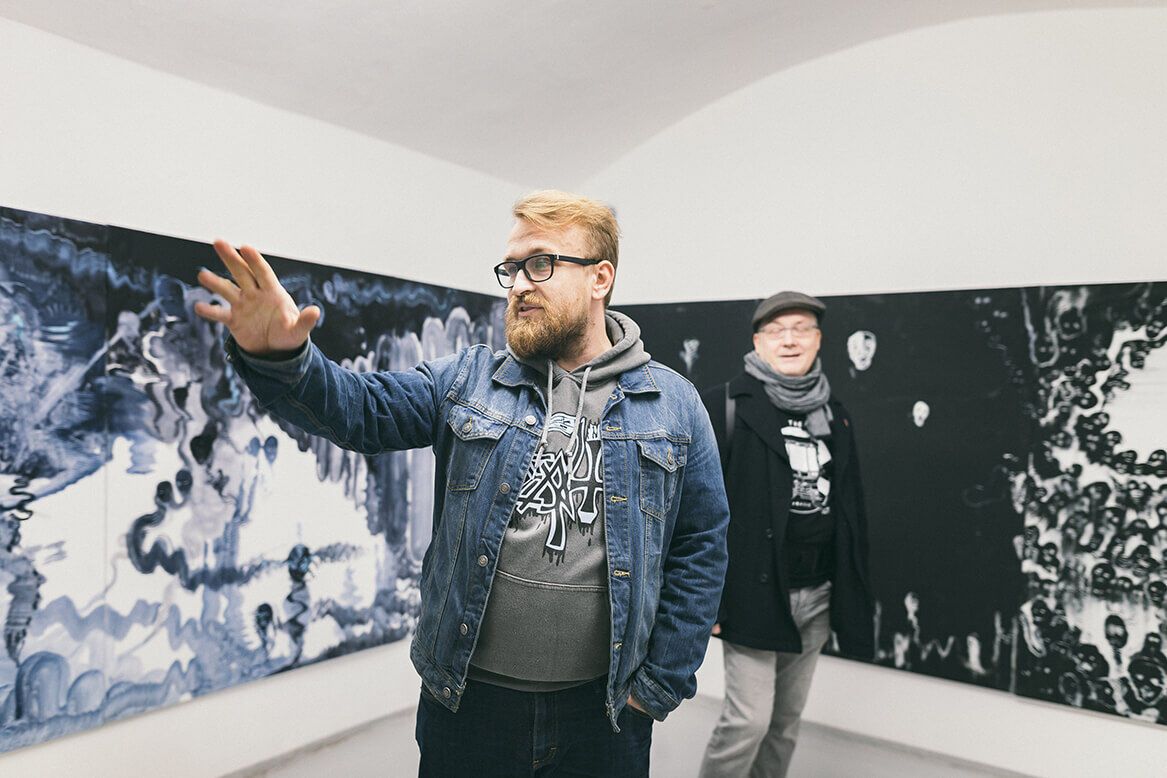 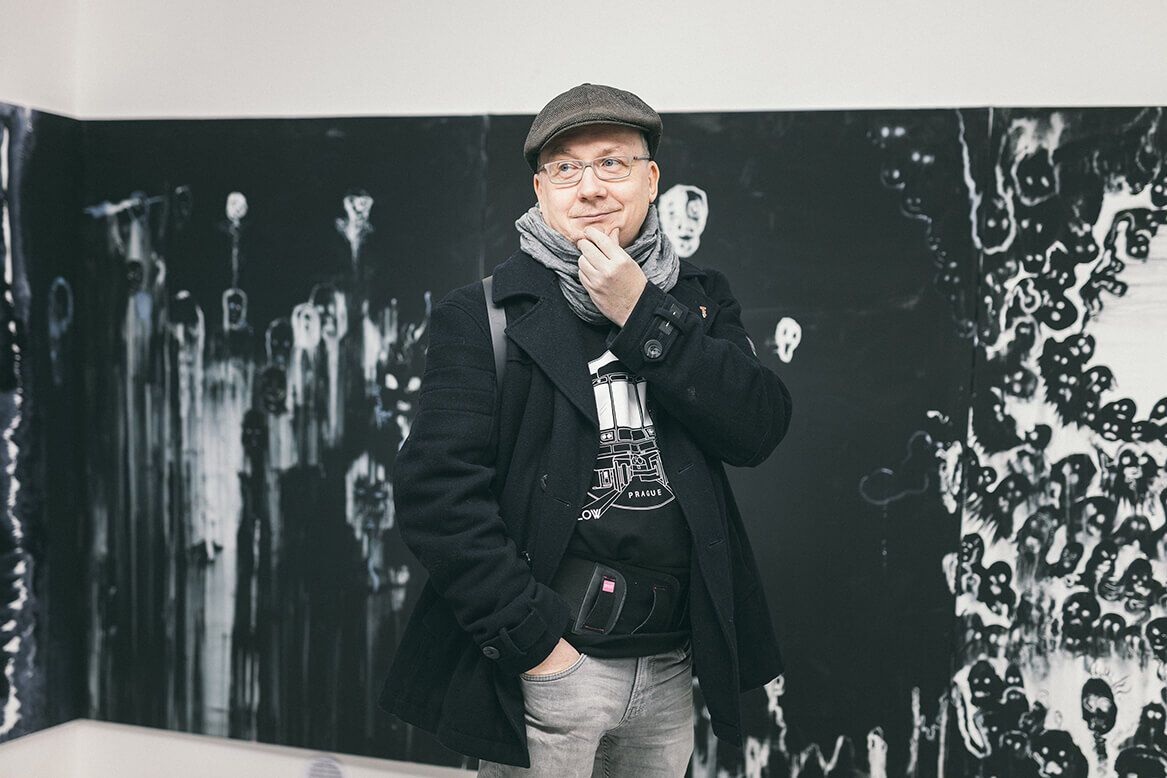 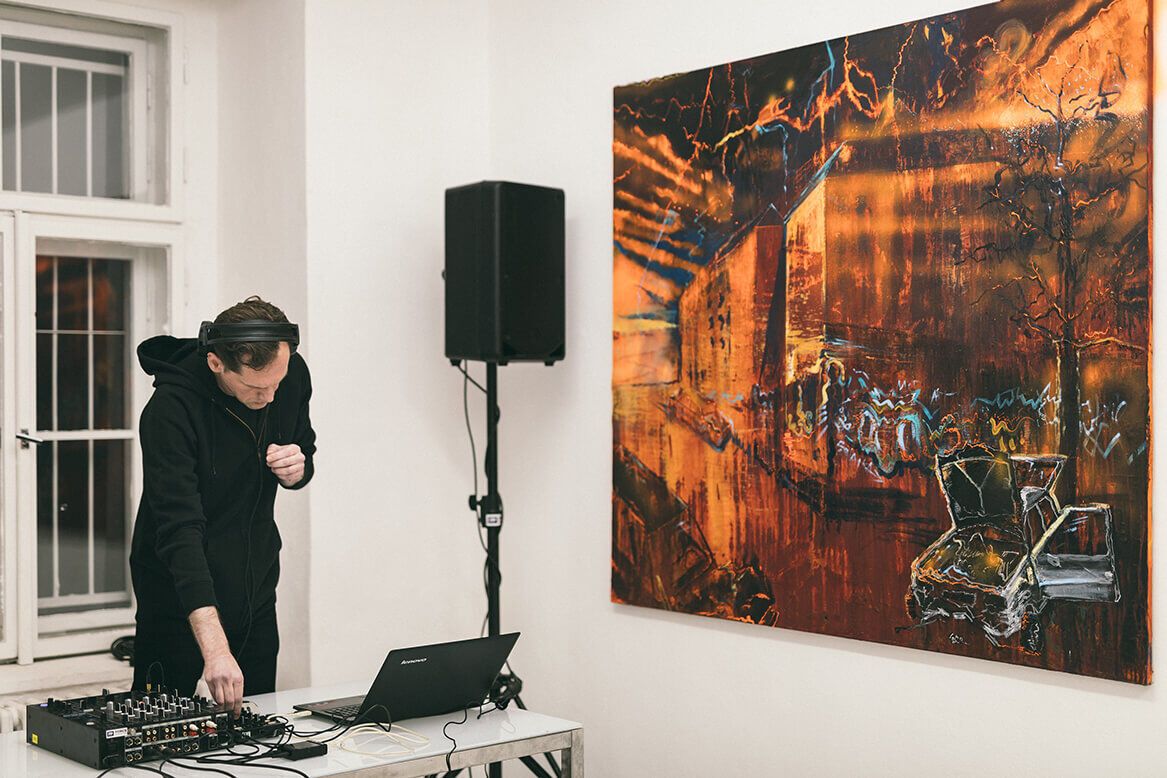 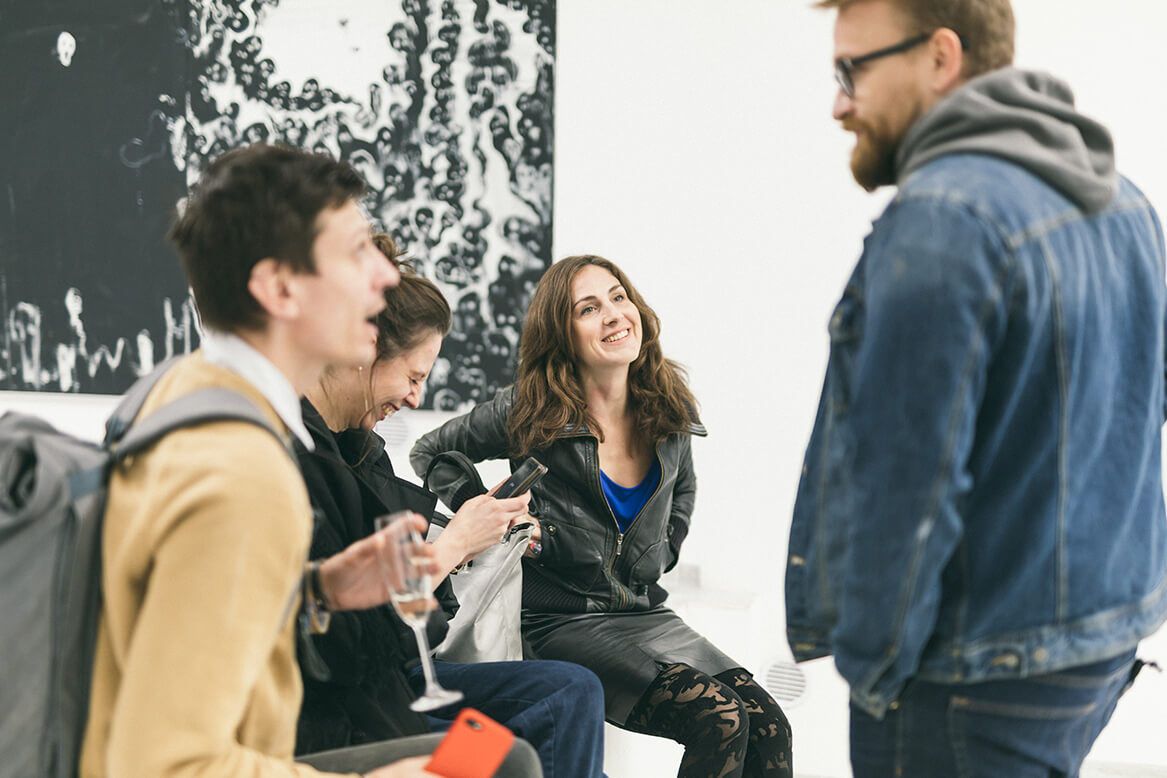 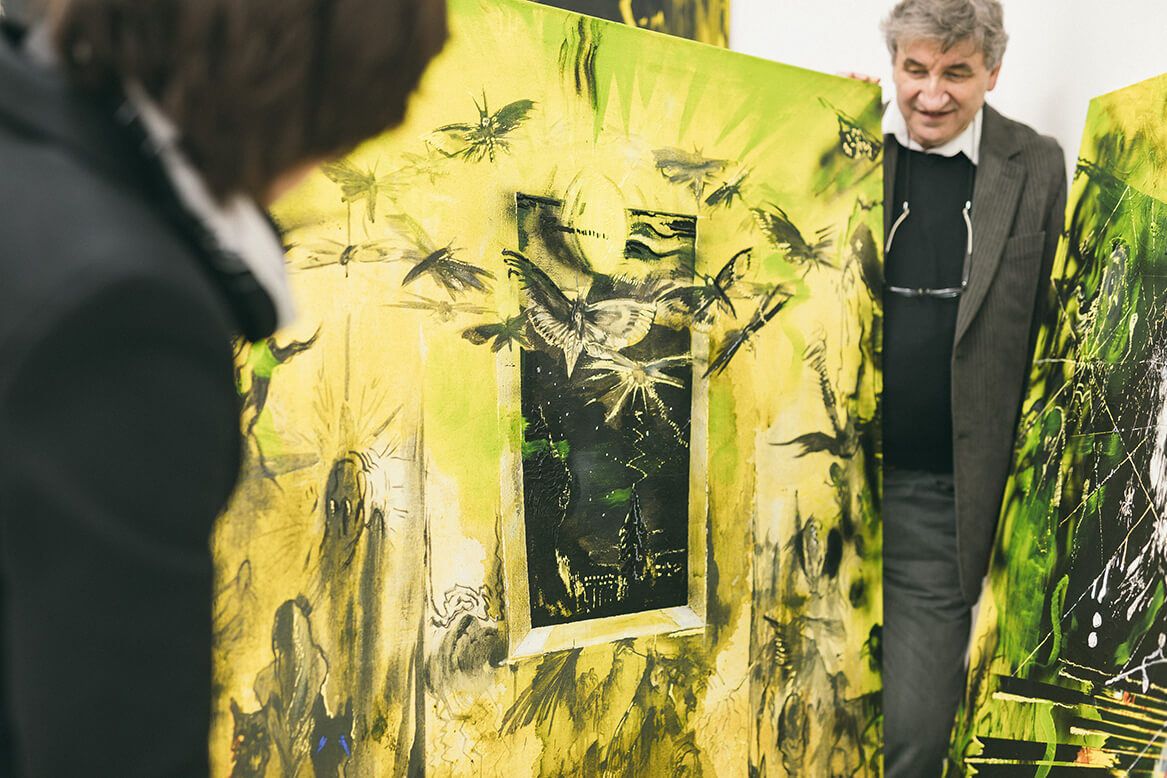 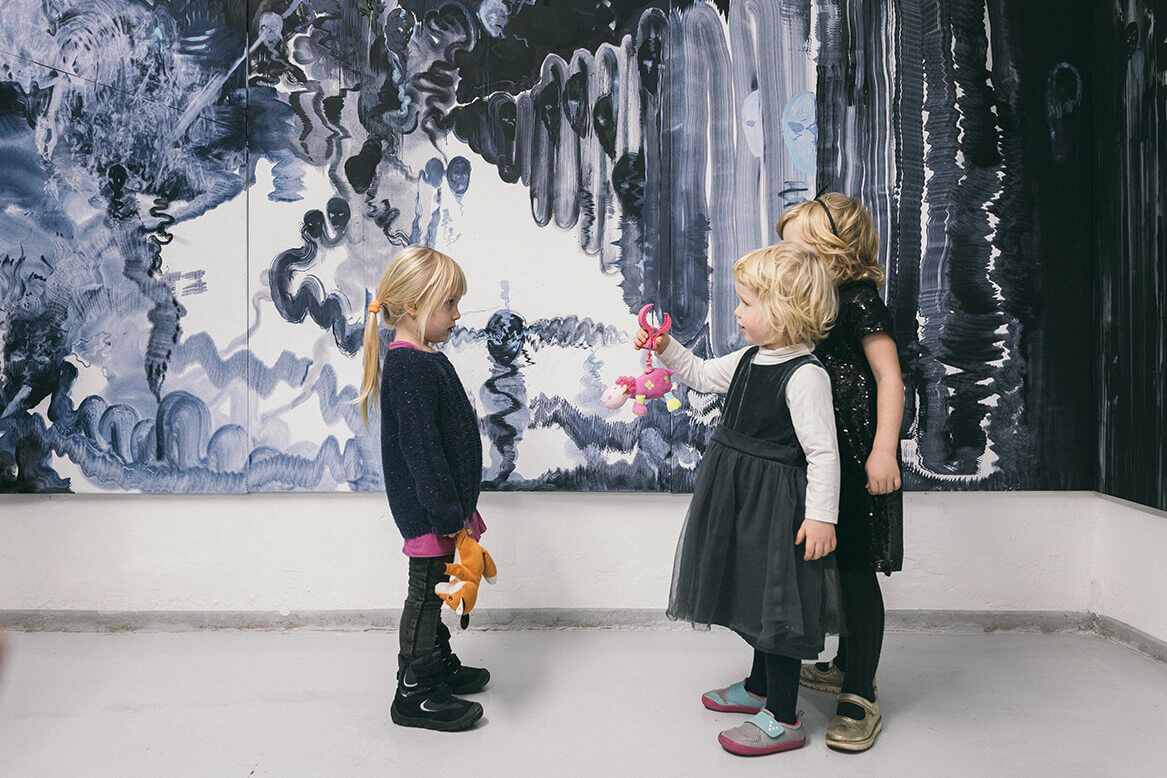 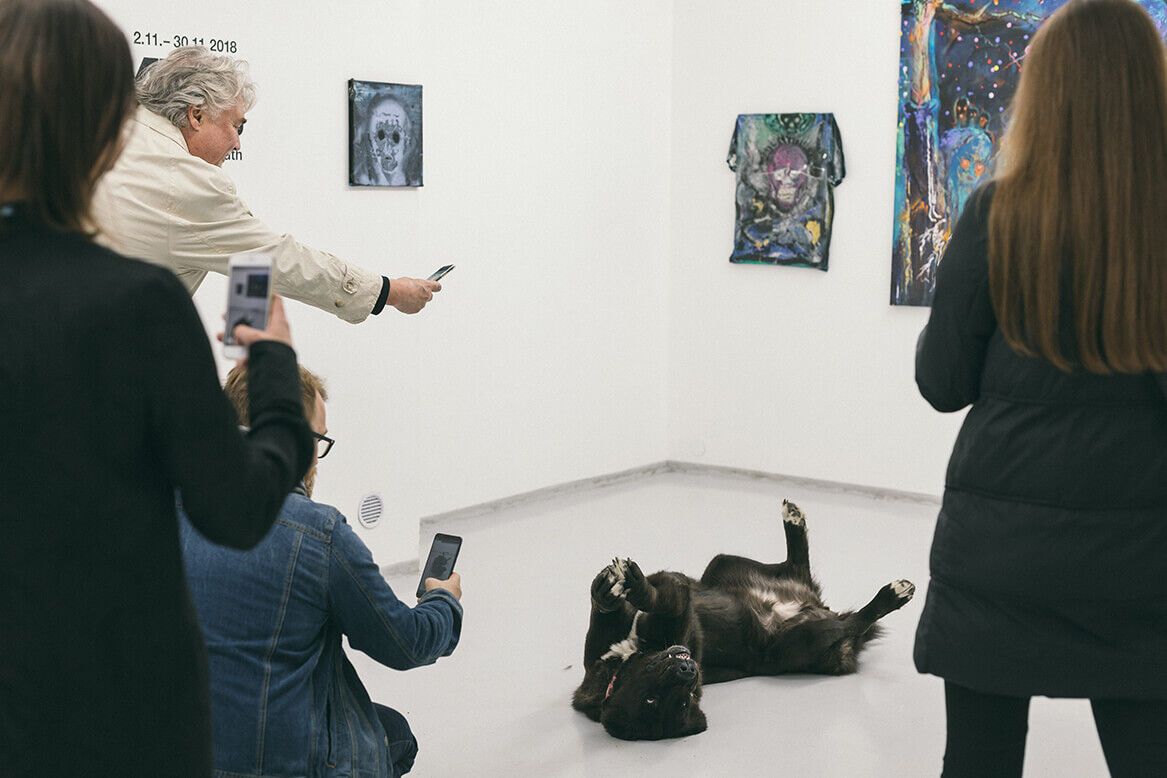 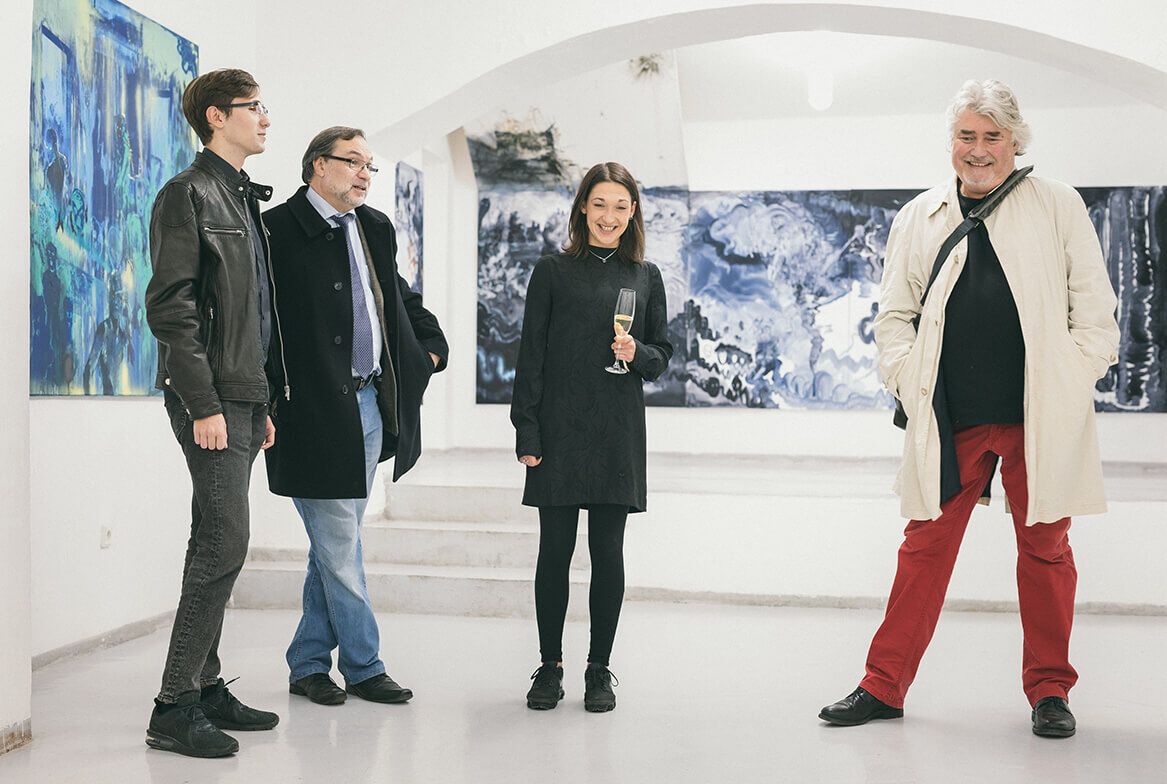 “The new exhibition project of the painter and graphic designer Martin Salajka (1981), Zombie Rituals, created for the White Pearl Gallery in Prague, loosely connects to his exhibition Somnambul showcased at the end of last year. During that time he visualised mainly night landscapes – natural and architectural, this time he focuses directly on the topic of the city jungle. Urban paintings are keeping their dark nature which sometimes gets broken by a dramatic light in a brutal streak of colour. The primary motive has, however, shifted to the inhabitants of cities of the ‘Ensorian’ kind, which he captures as a hypnotised multi-headed crowd without any differentiating features rid of individual will. No matter how much is his new expressive work done in the shifter ‘nervous’ manner it does not deny the legacy of the traditional decadent aesthetics, and it stays completely grounded in the space of nowadays everydayness. After all, our daily lives are nothing else but horror. One only has to wonder.

To find his authorial hand Martin Salajka has journeyed through the atelier of Petr Veselý at FaVU and the teachings of Michael Rittstein at AVU in Prague. The believability of his fantastic paintings lies mainly in the fact that he never stops depicting what he sees around him. He divides his life between spending time outdoors, which brings him back to things that transcend humanity, and city life, where almost all actions performed express self-assurance in relation to others. Such a bipolar experience merges into the duality that opens his peculiar kind of magical vision on the brink of reality and abstraction. It is not only his ability to open up regardless of traditional realism, but mainly his skill to react adequately in painting. In other words, what matters is his power to decipher the real meaning of everydayness. Ideally, he is assisted by his personal demons as well. ” – Radek Wohlmuth