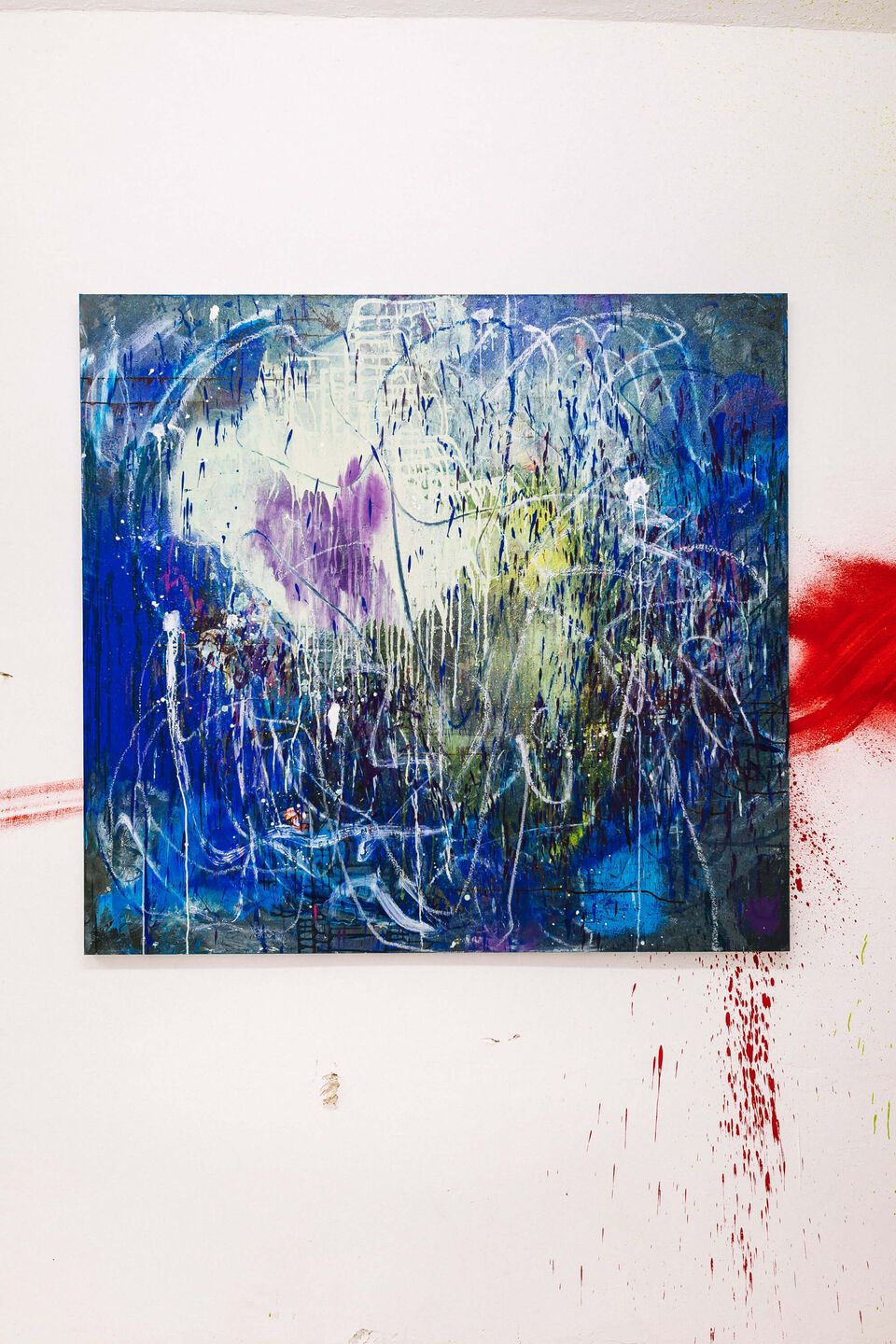 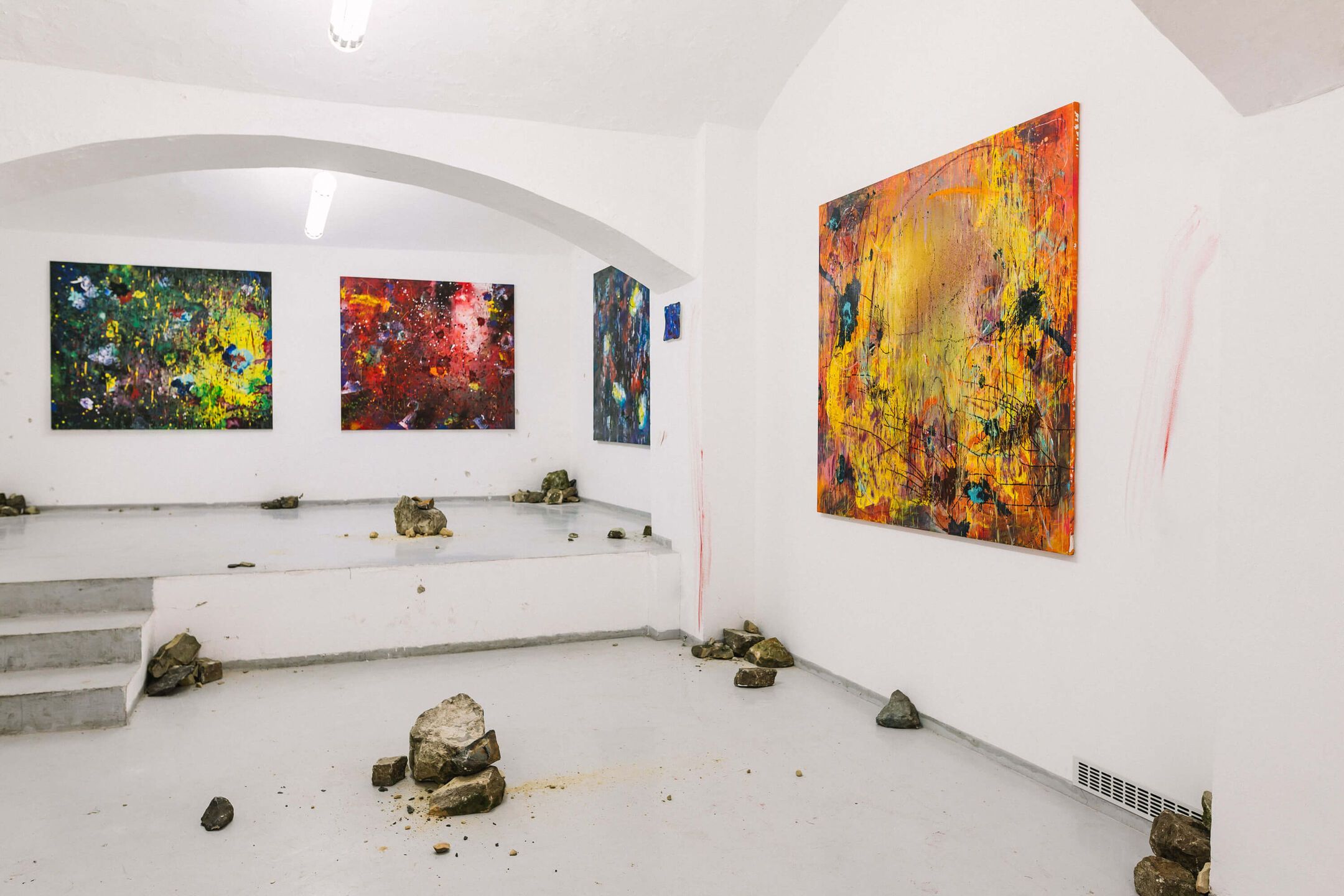 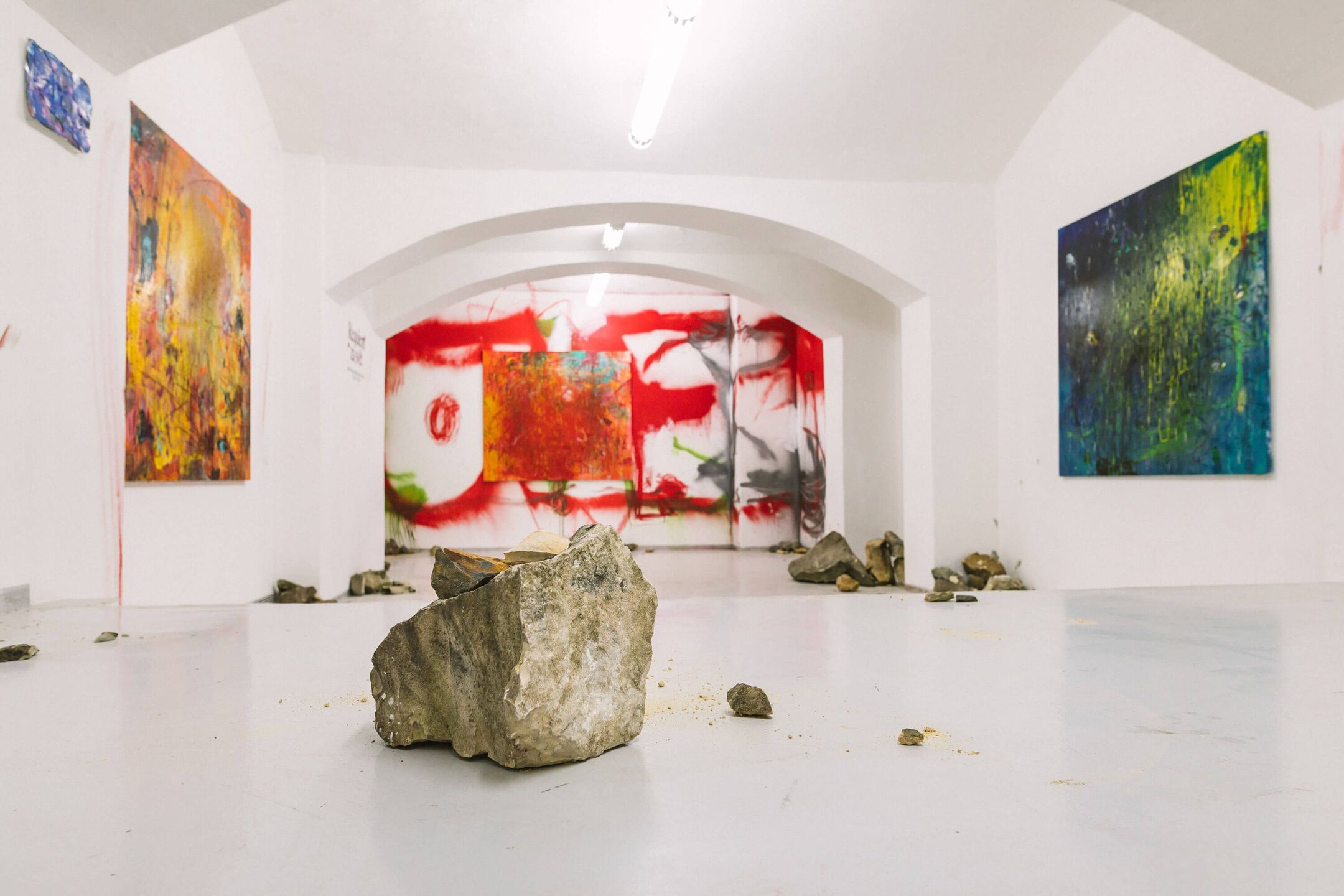 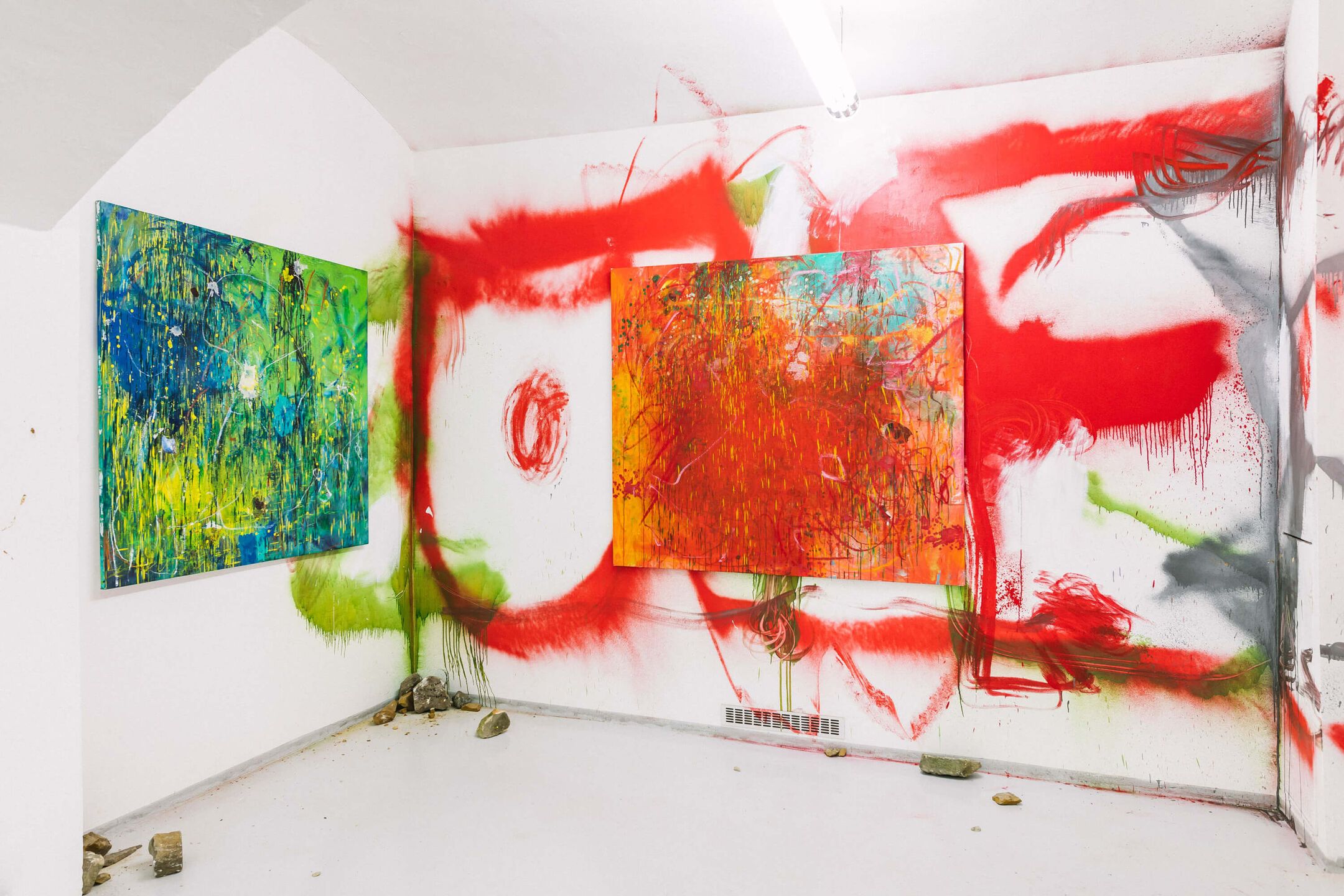 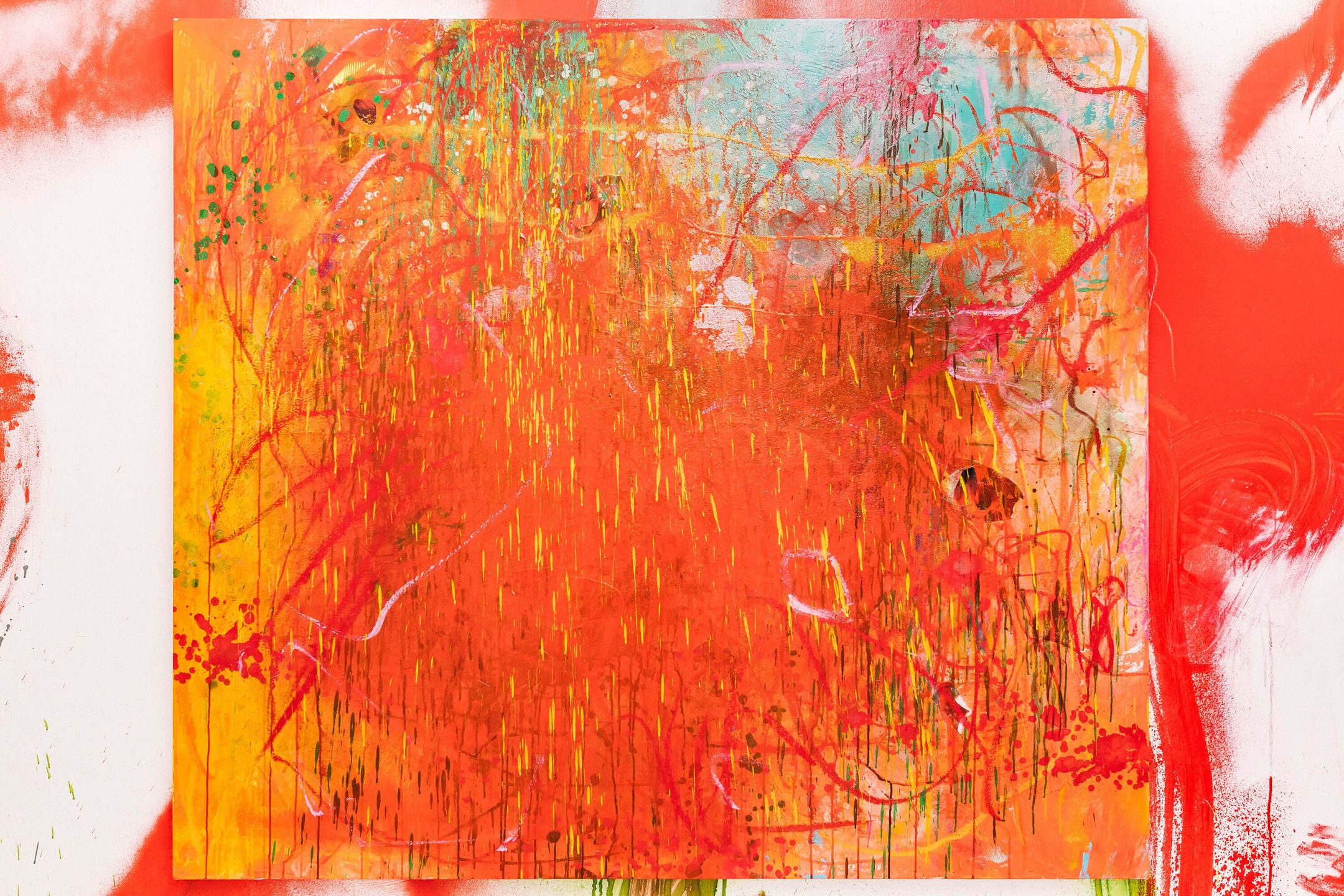 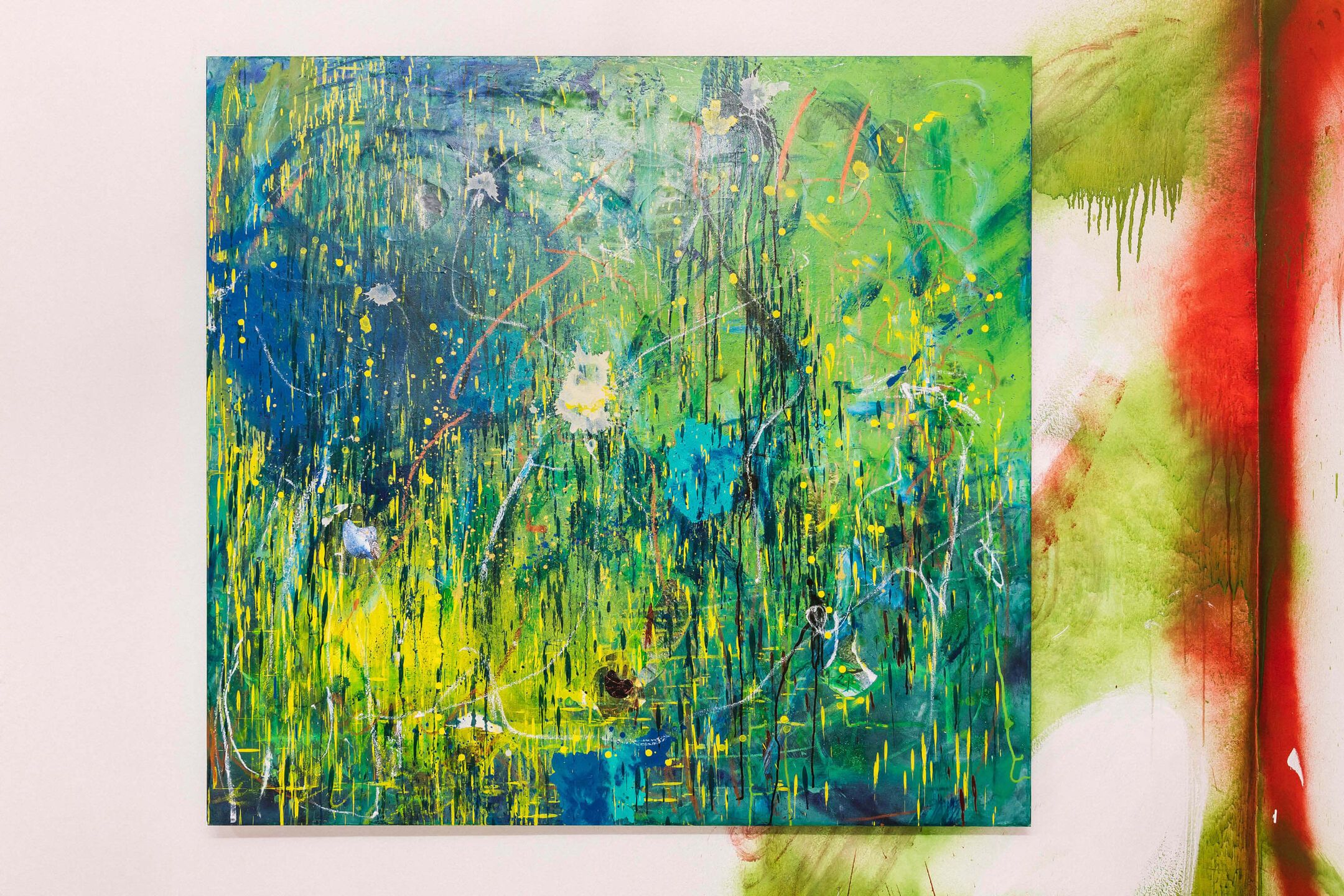 ” Requiem is a calling, maybe to the oppressive emptiness that arches above us. But if above us, there is only a clear and cool beauty expressed by its own bottom, which does not exist, then it seems evident that expecting an echo or even an answer would be foolish. Space does not know human measure because it is an emanation of divine essences and although a prayer for saving the soul is directed above and beyond us, it becomes the only pathetic power of a poor human in this world of illusions. Maybe it is an illusion as well. The last work of Matěj Olmer, who believes in no god, is not very different from the previous ones, but that is an asset since it is an expression of creative stability. During his whole life, the painter has been focusing on a strong topic permeated by fundamental philosophical questions and only an attentive observer is able to spot any little progression just as a patient astronomer may find another new planet in the far away galaxy. Unless we have been staring at the bottom of a holographic hatch. Matěj knows very well, almost as if he would be a Christian mystic, that in the neverending circle of creation and destruction there is deliverance awaiting. However, it needs to be said that the nature of human suffering may be directly compared to the metaphysical suffering of the matter. It is mute and unsharable.

Jiří Kolář created his first visual poems (assemblages) by using stones, when he threaded small pebbles onto a string and thus created a new language, a language not so different from shaman rituals, when the sounds of vibrations of the matter become pleas to natural cycles.

Matěj Olmer places stones into his exposition, and he stabilizes the real matter against the currents of his own painting energy by their monolithic silence. Maybe there is another invisible reason, more prosaic, more personal and emotional that can shed light on the presence of the lifeless matter. When he was a child and used to suffer from fevers, he would have a repeated dream which usually grew into an oppressive nightmare. It was an image of a small pebble that kept growing uncontrollably until it became a boulder and further expanding into a rock filling the inside of his head. And then a contraction followed. That horrible child fear was suffocating him, and maybe it still is, since he has to relive it in the rapture of his creation.

Almost all real ideas have their abstract origin in the unconscious, they are seismic records imprinted into a marble crack. We all are cracks in the message of the Emerald Tablet, where the top is the bottom, and the whole universe fits into a small stroke of a brush on the canvas, which is somewhere there lost in the trajectories of its own energy, there in the middle of salvation through creative pain, in a struggle for every second of infinity. ” – Patrik Šimon