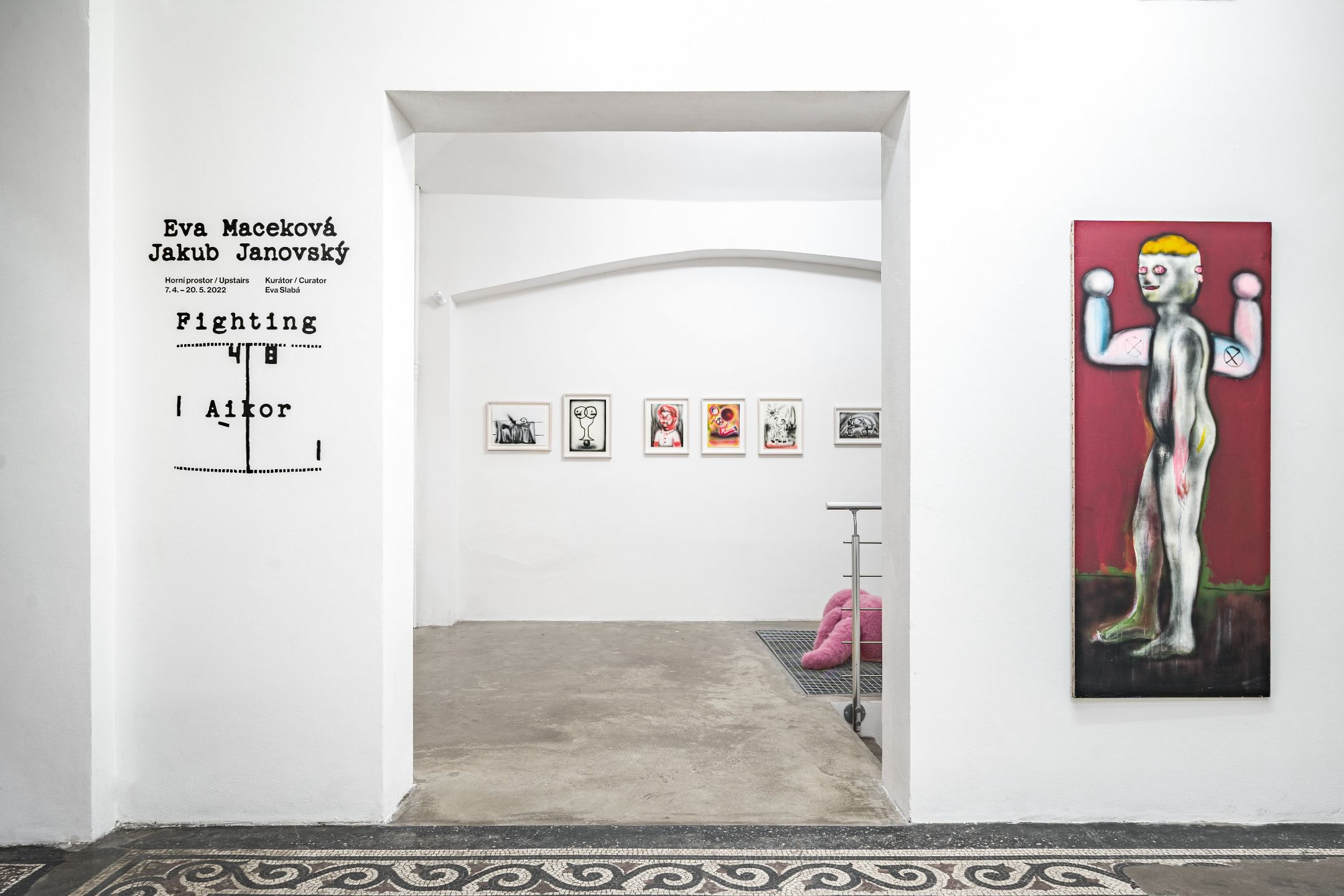 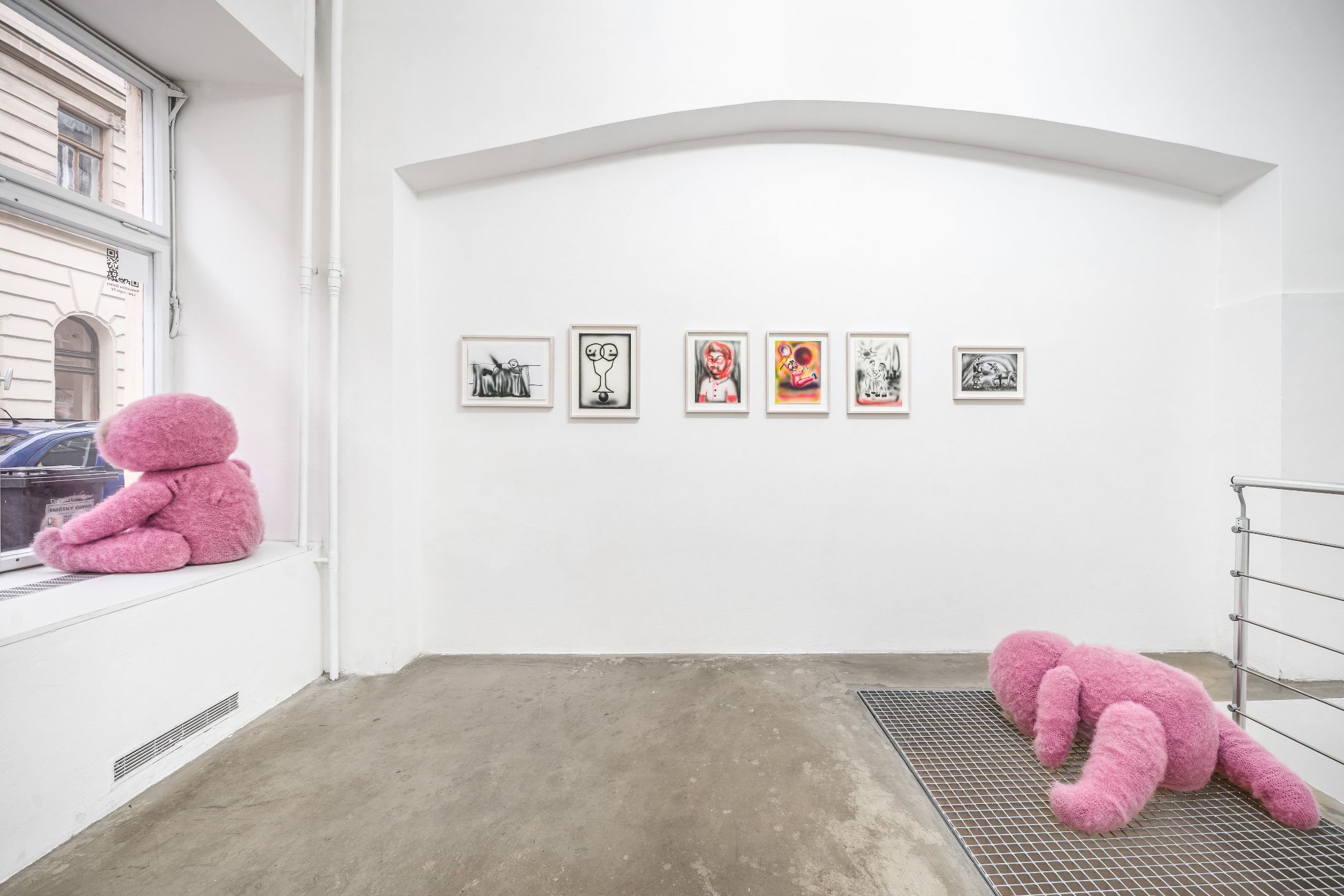 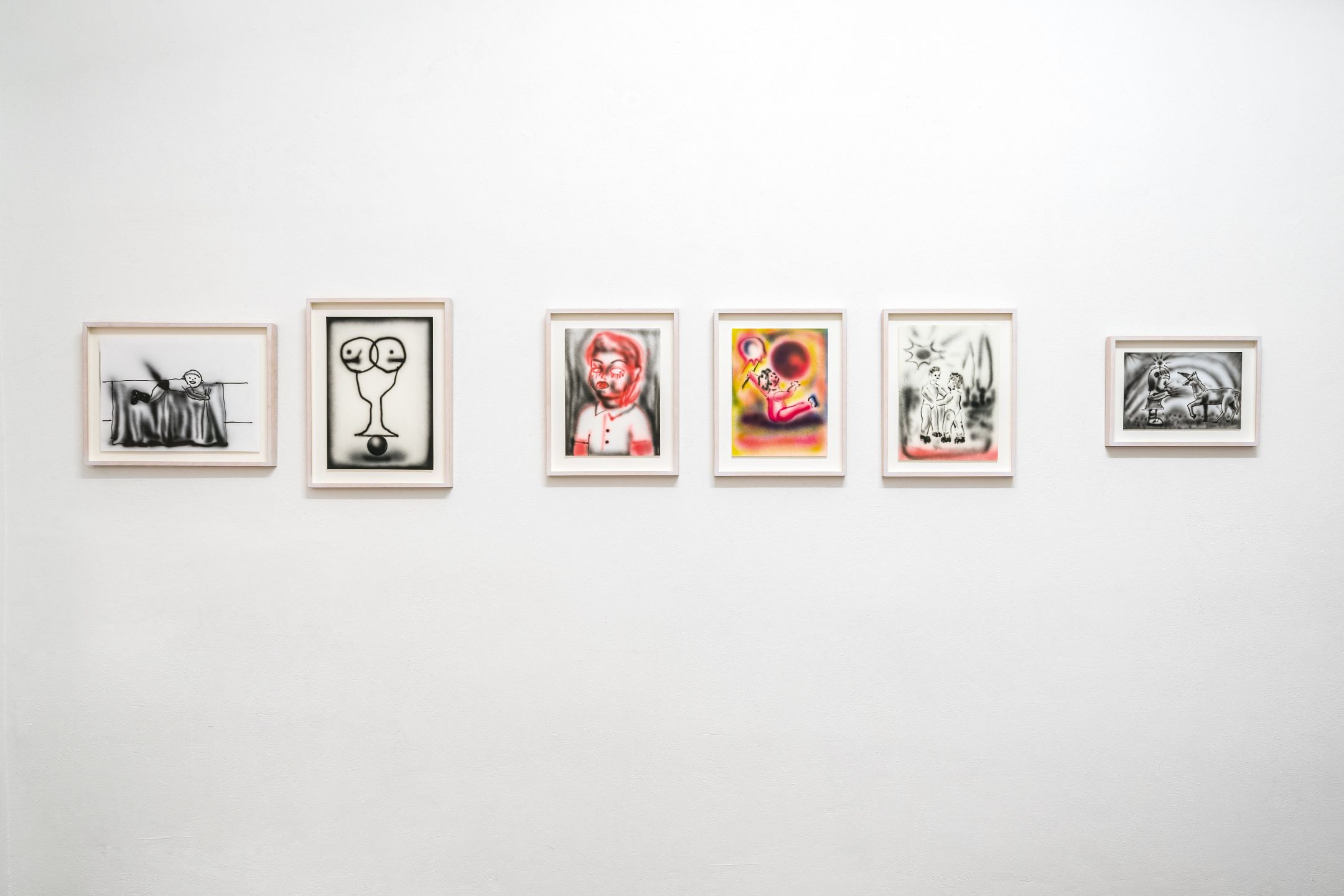 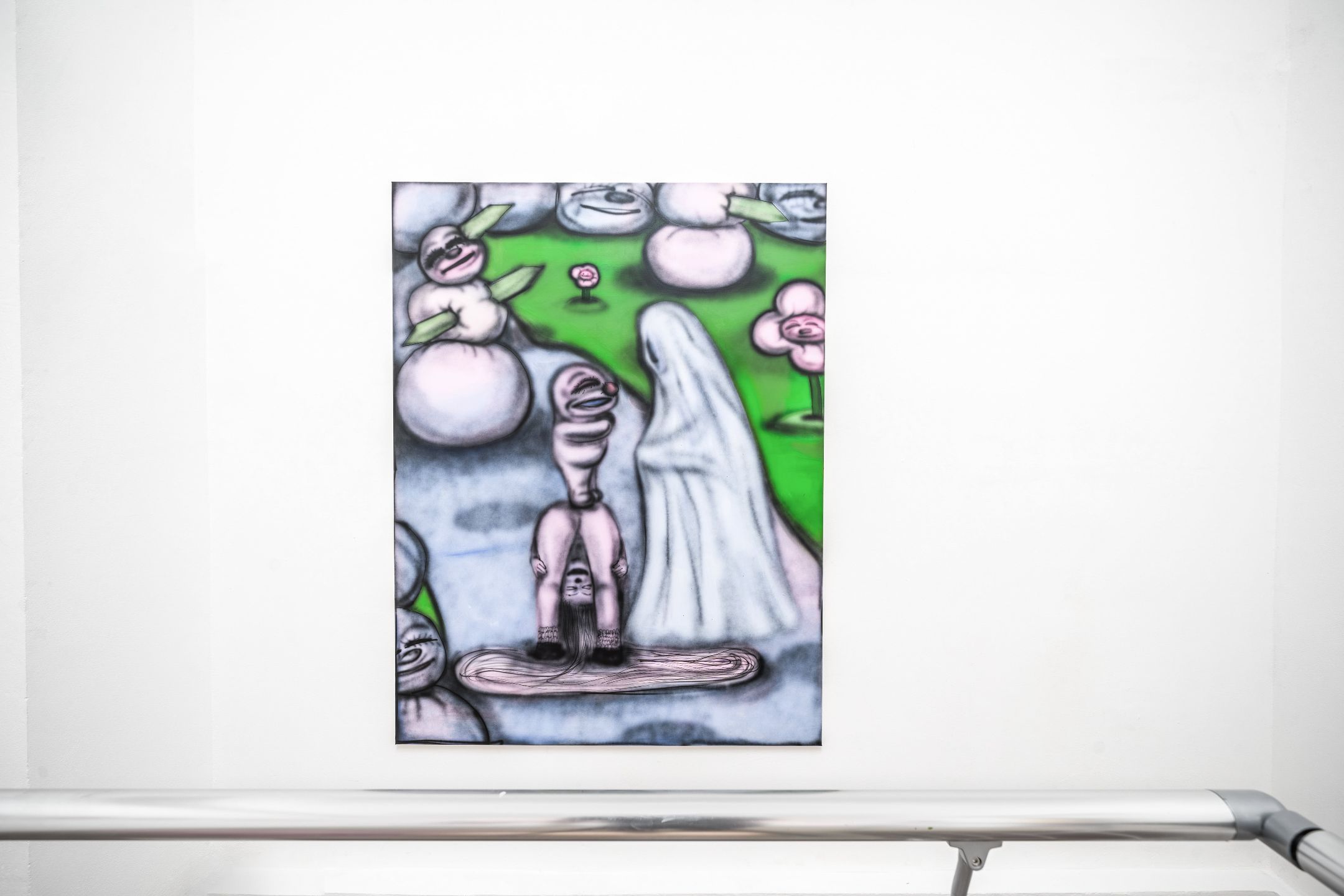 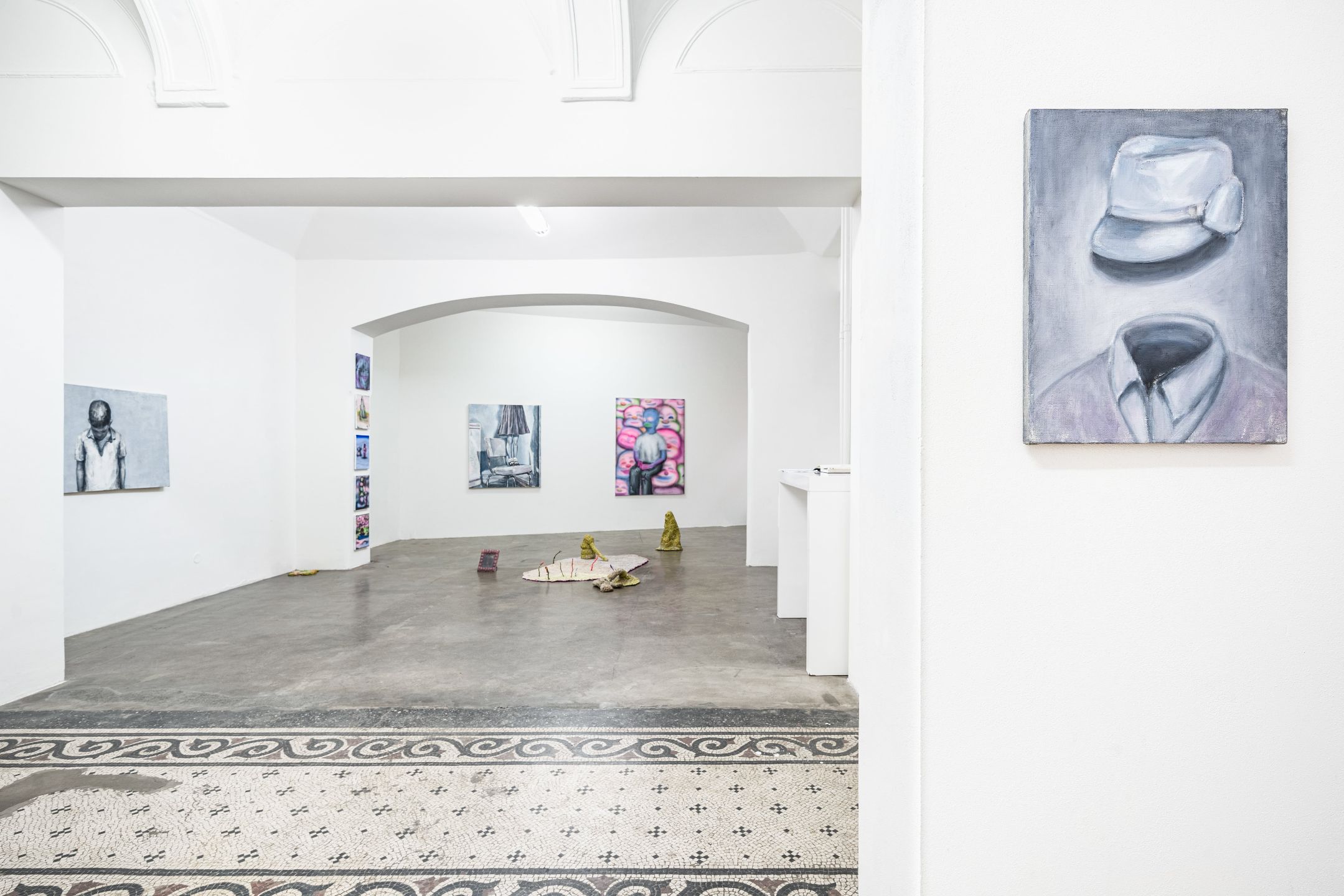 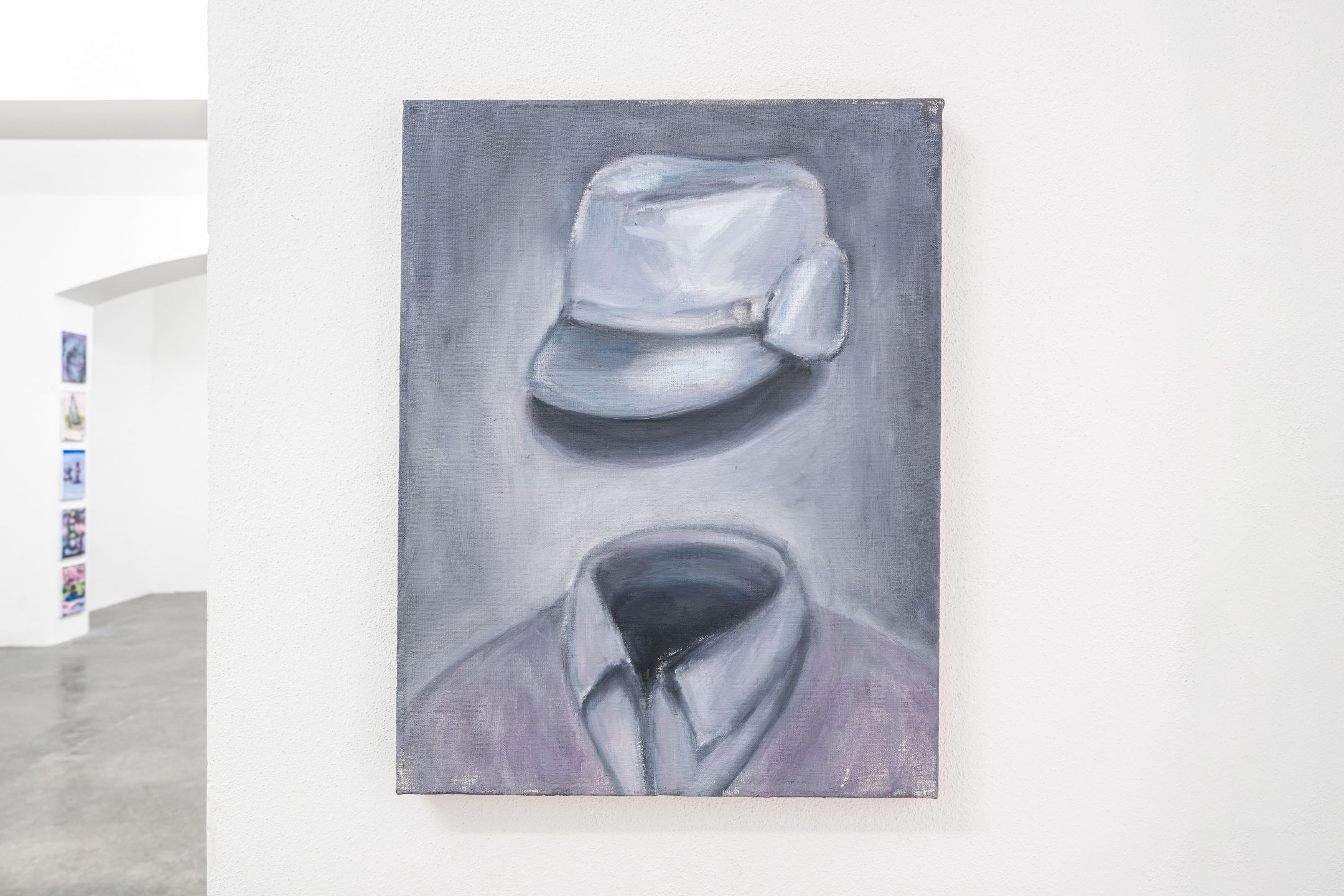 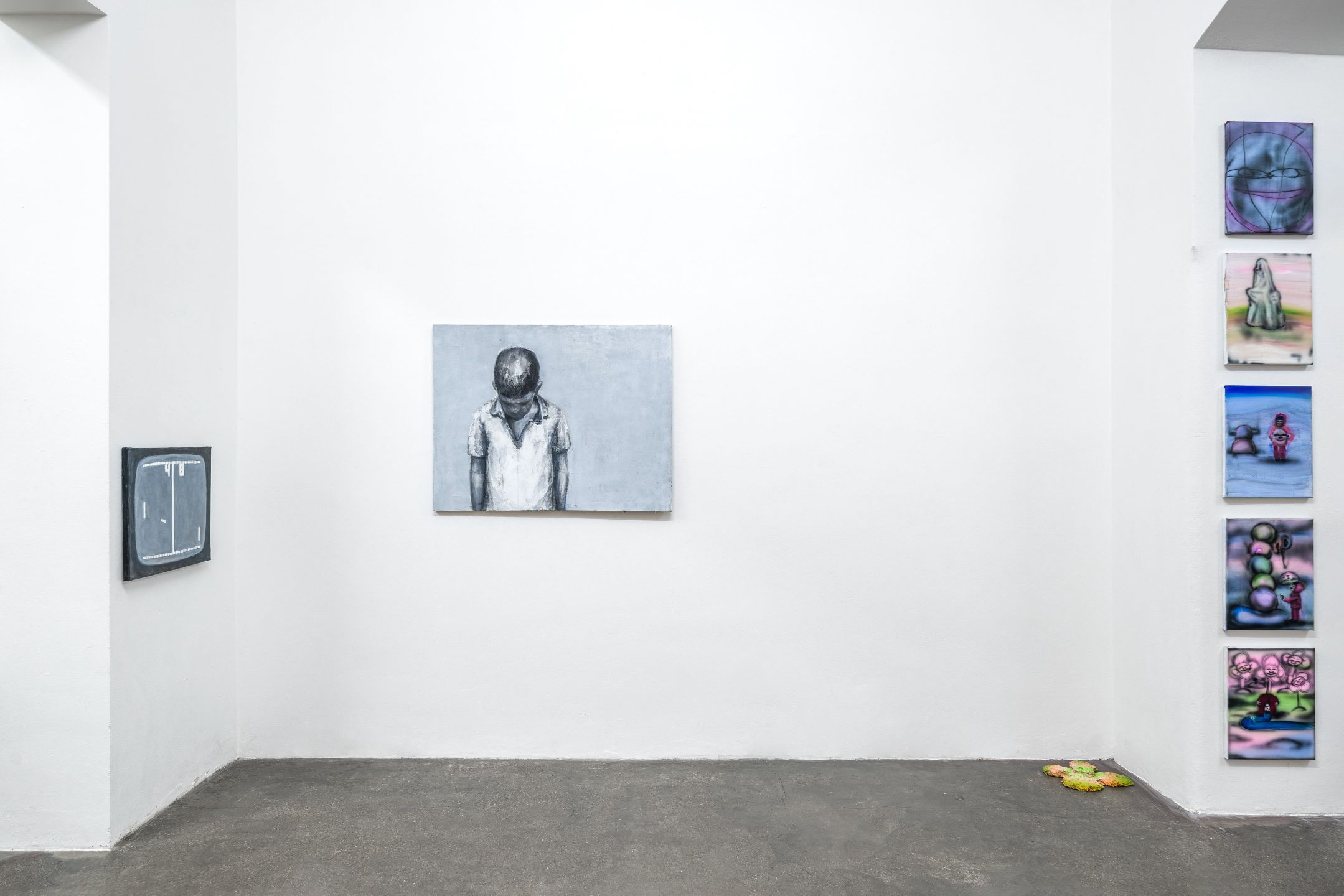 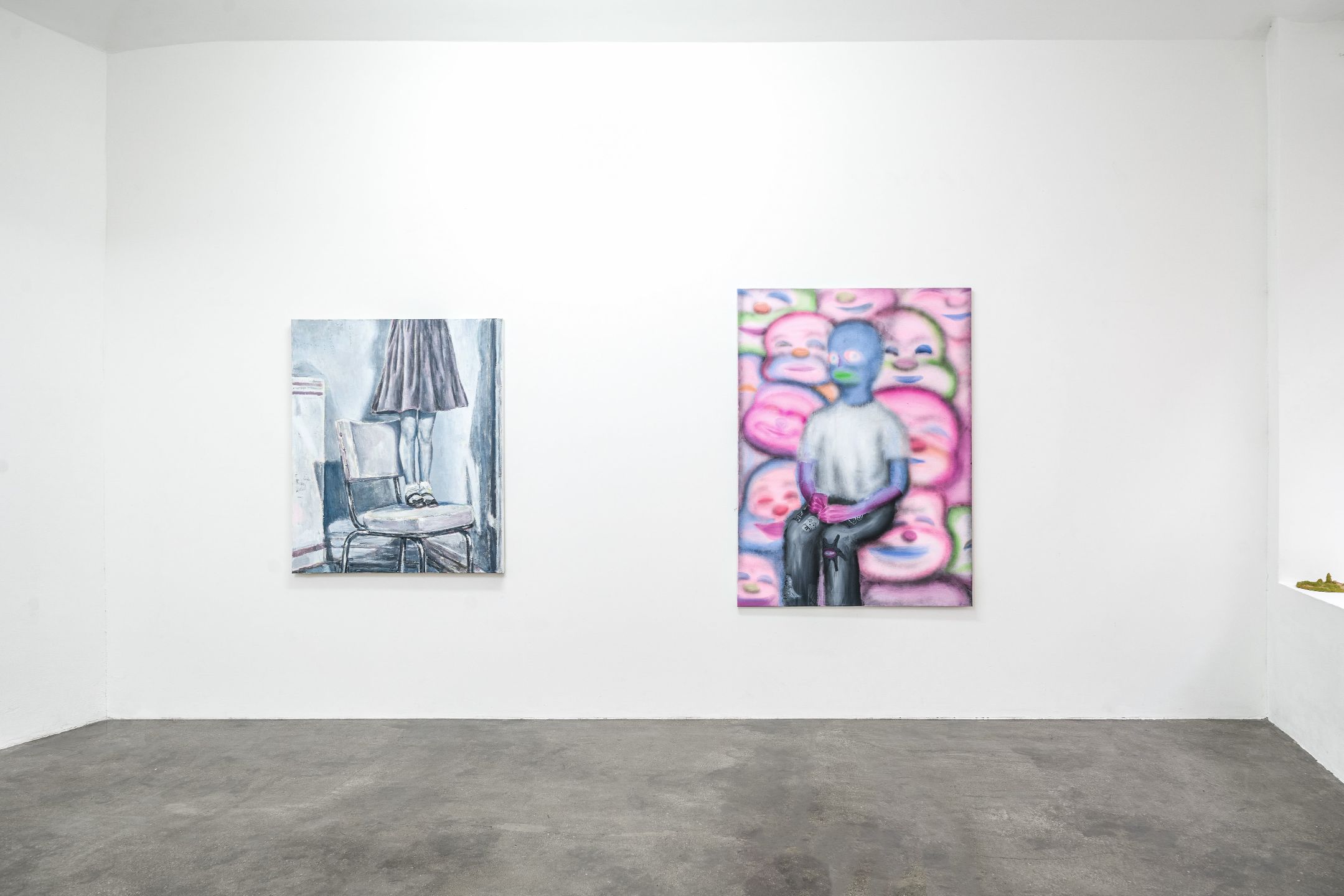 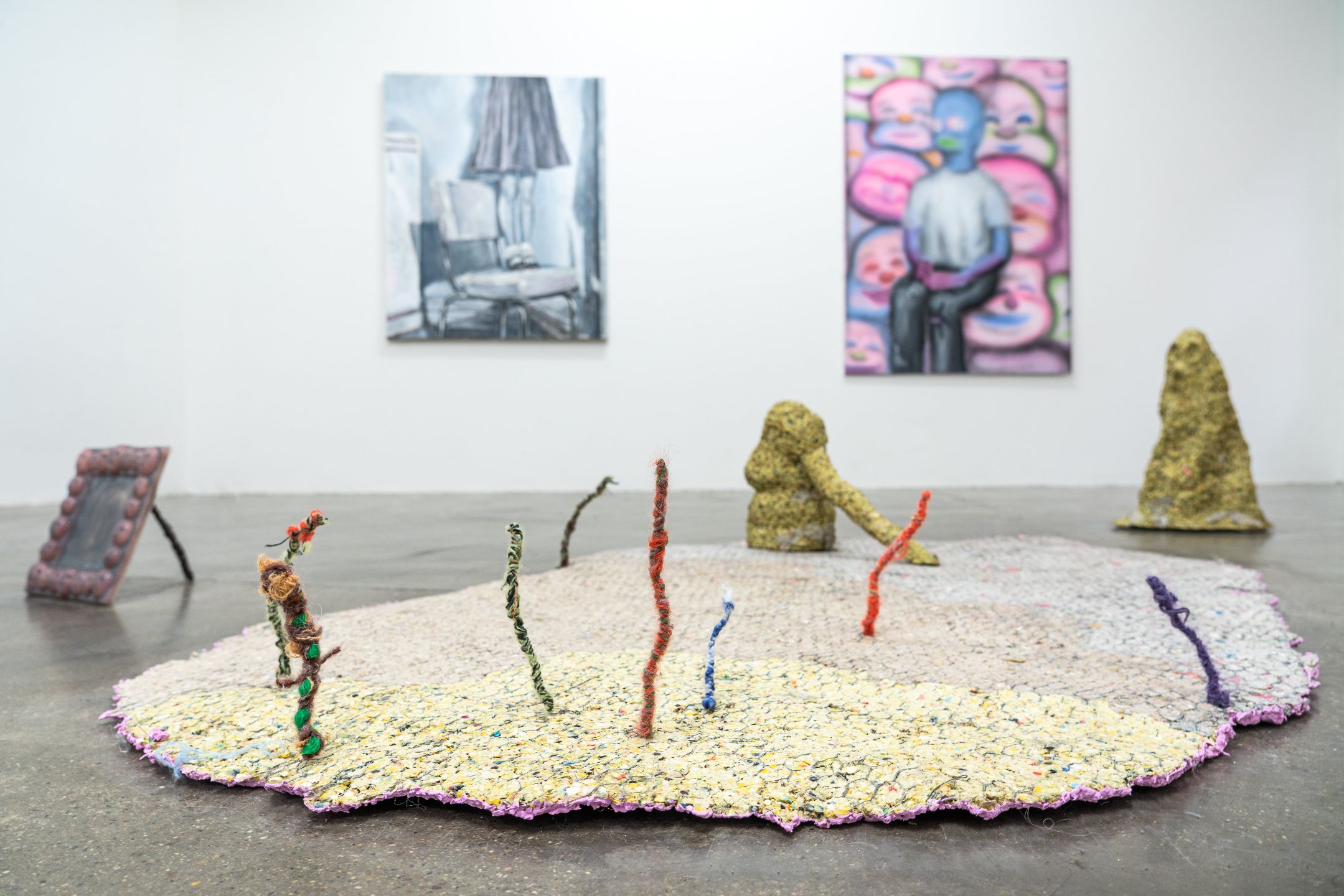 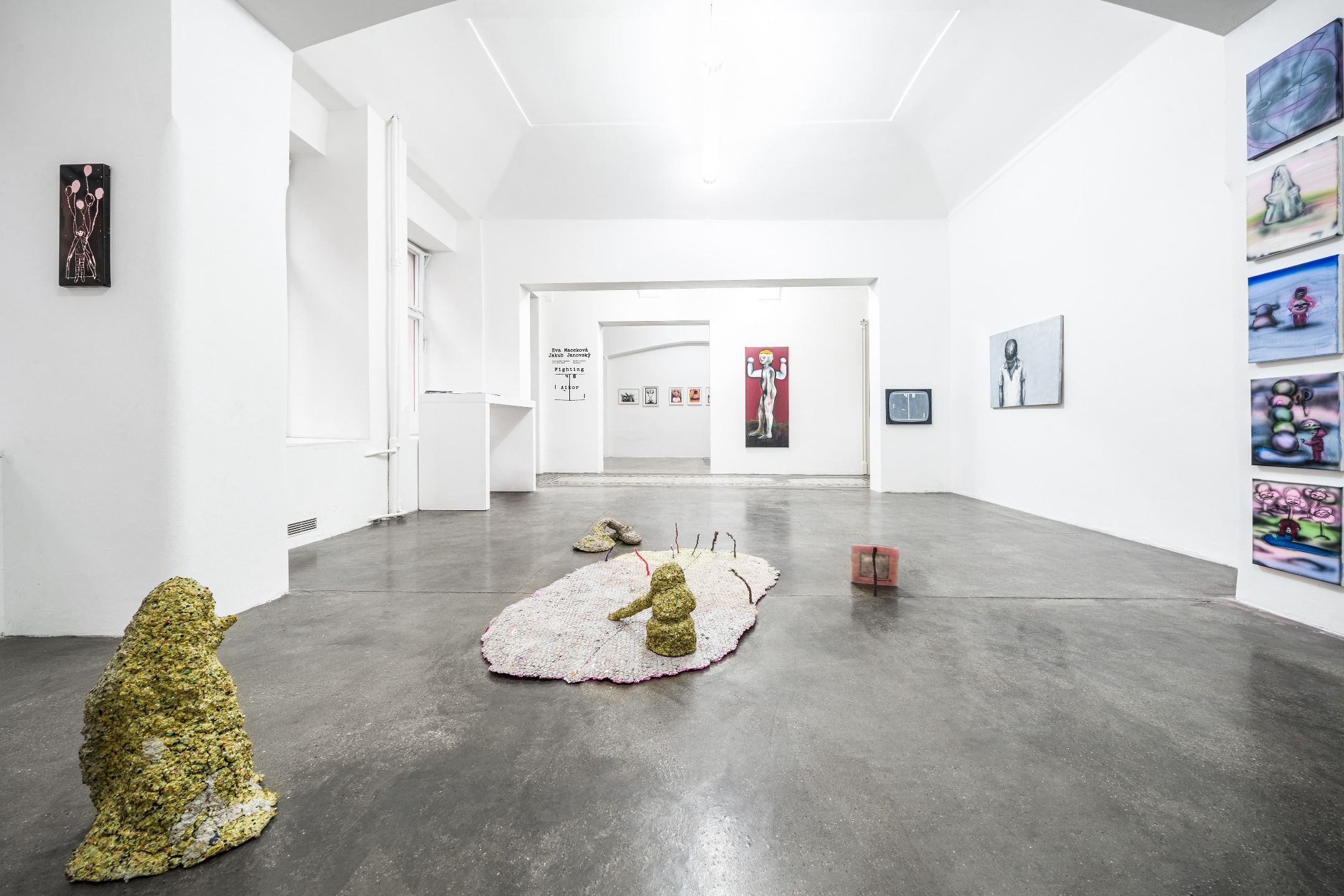 Prague-based Jakub Janovský (*1984, Jihlava) is a graduate of the Academy of Fine Arts in Prague, specifically the Studio of Drawing of Jitka Svobodová. The wide range of media used in his work is represented not only by canvas in the form of small and large-scale paintings or paper as a collage but also by enamel, video, and/or sculpture. Janovský is a prominent figure in contemporary domestic figurative painting, he is thematically consistent, and his works are represented in many private collections. He has been exhibited at the National Gallery, the Aleš South Bohemian Gallery, DOX, Jilská 14, AKATE Alfons-Kern-Turm Pforzheim, and the Ostrale Biennial in Dresden, Germany.

Eva Maceková (*1984, Martin, Slovakia) graduated from the Studio of Illustration and Graphic Art at UMPRUM in Prague. Currently, she creates and works in Prague, and her work is characterized by a variety of techniques: she utilizes painting, illustration, printmaking, and handmade textiles. Maceková has also been collaborating with the cultural fortnightly A2 as the cover artist for quite some time. Her immediate handwriting is characterized by solid draftsmanship and color. She has exhibited at DOX, City Surfer Office, Ville Pellé, Etc. gallery, Trafo Gallery, and Halle Saint Pierre in Paris. In 2018, she was nominated for the Czech Grand Design Awards in the Illustrator of the Year category.