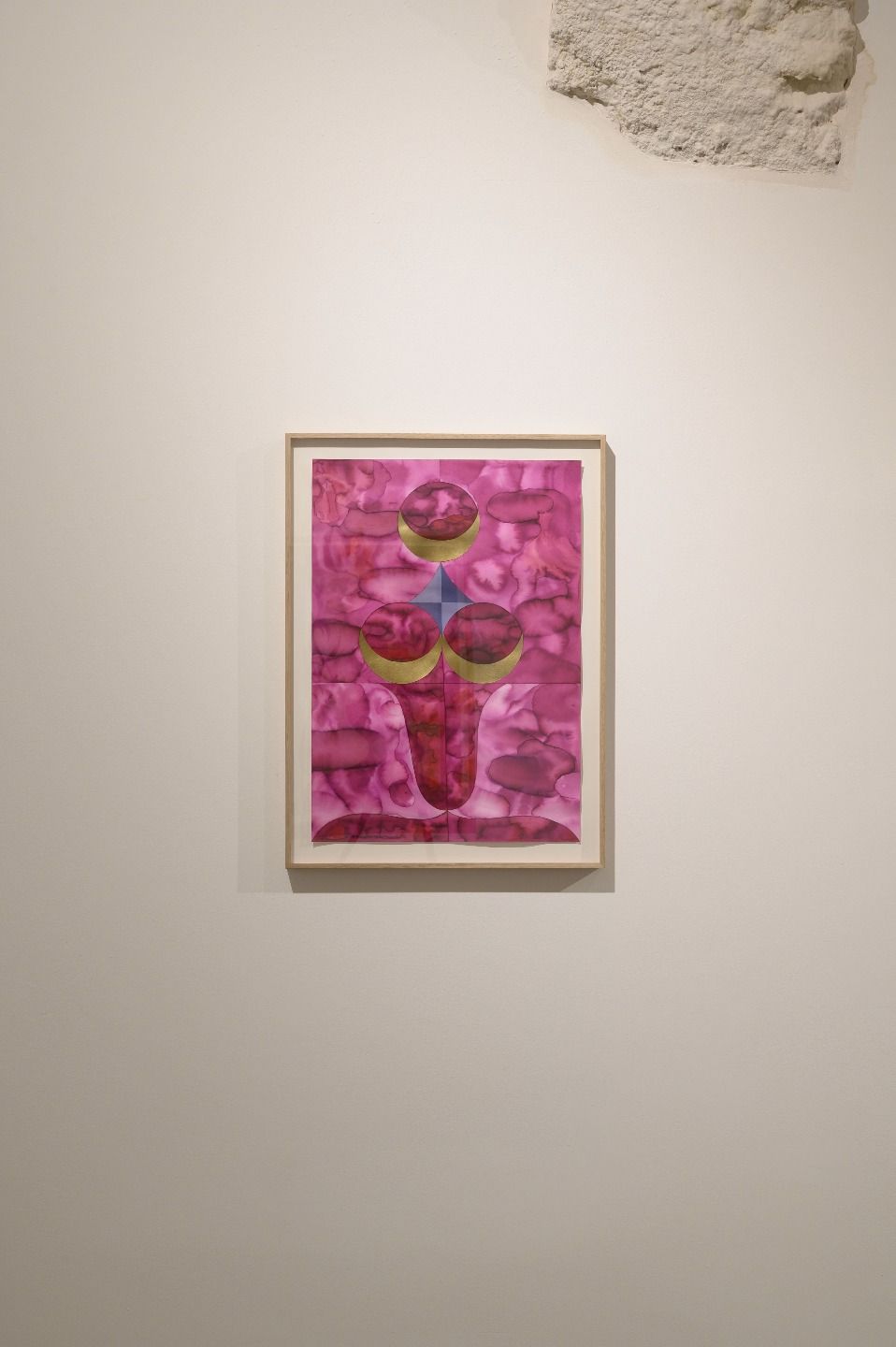 In her work, Anežka Hošková creates her portraits of dreams in the dark landscape of her own parallel worlds by connecting emotional romanticism, abstract symbolism, subcultural quotations, and pop-cultural references, both troubling and fragile. It brings to life the stories of fantastic beings who will never happen, or will live forever. Ruins of Romantics is her debut solo show at the Karpuchina Gallery.

you said you wouldn’t fall apart.

and you’ll push us back like those flowers into a form. we’re tied to a circuit which leaves out nothing.

a song the dead hear. something tough forming everything into something that makes time small. this language is so old that it can’t get rid of it.

it’s waiting for us until we make up our minds. that thing we feel while still alive.

i don’t wanna get over it, i wanna tear the stars into pieces.

my gramps’ sister and her husband were executed by fascists for taking part in the anti-fascist resistance in osvětim. my great-gramps hid american soldiers in his garage during the war.
my great-uncle got his ass moved to jáchymov mines for fooling around with the Střešovice branch of the Vyšehrad riders – then he got the hell outa here and went to canada. apparently he was a painter. he was followed by my gramps, aunt and cousin.

…everyone was fascinated by art

i lived with my sister, mom, and dad totally isolated. paranoia and loneliness, injustice.
and unfairness was our second name. they opened everything up after the revolution, but one –ism was just switched for another. so with my sis we understood that we’re part of a never-ending revolution and the fight goes on, we got to arts schools and we started our resistance. this time it seems it’s a cultural resistance, but it can’t be cut off of the social one.

the art fascination morphed into art. into art that doesn’t need to be understood by everyone, into art that lets us hide into our own world and makes us feel safe in it.

enchanted prices wanna slash their way through a wreck under a flower watercolour screen.

they exist in ruins of romance…

i can see reflection of flames in your eyes.

and they’re tears of the sadness generation still falling…

i’m falling down from my lonely eyes,

immortals will tell me

get old and let your hair grow

there’s no grief in sleep.

i can’t recognize the world by the worth of your words. a romantic hero’s really an asshole, it’s time to clean up. i gotta go to the shop. chelsea wolf, where is the cord from the lawn mower? all you say is bullshit! do you hear yourself? cheat treats for models, coconut water, millet, quinoa, beans, smoothies, my paints will dry out! a black-eye. is it your own fault? individuality, a key from the door. perturber, it’s raining onto dry roses in a trashcan, 400,- for a square meter. away from people. wall ruins. stone fountain, metabolism, cubistic spirals, black monochrome for stars. black dumpling. jugglers, a narcissist, everyone keeps creeping up on me. a mentally abused soul, an out-of-tune piano, hicks from hick town, an amateur shrink, a flower celling smashed into patina ornament. yoga, balaclava, don’t tell me how to do stuff.

tears are falling down from my lonely eyes. they’re falling for you.

a.h. creates dream portraits in the dark landscape of her own parallel worlds, both unnerving and fragile. she lets come alive stories of fantasy creatures which will never happen or live forever.

at the exhibition in karpuchina gallery, anežka presents the watercolour aspect of her paintings that has been emerging in recent months.

watercolour spirals shine with their own light.